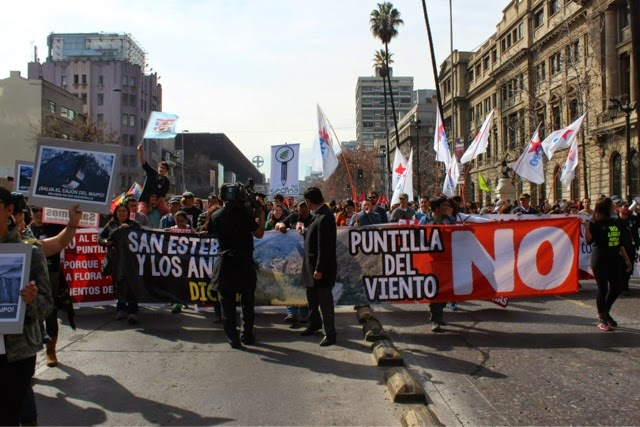 Did you know the people of Chile are embroiled in a desperate battle to save the Rio Maipo? Another major demonstration is set for tomorrow, December 13, which will see thousands of peaceful protestors taking to the streets in yet another attempt to convince their government to halt the project. There are two structures proposed by the Alto Maipo Hydroelectric Project. The paddling community around the world watches apprehensively and can only hope that this gem can be saved before it is too late. 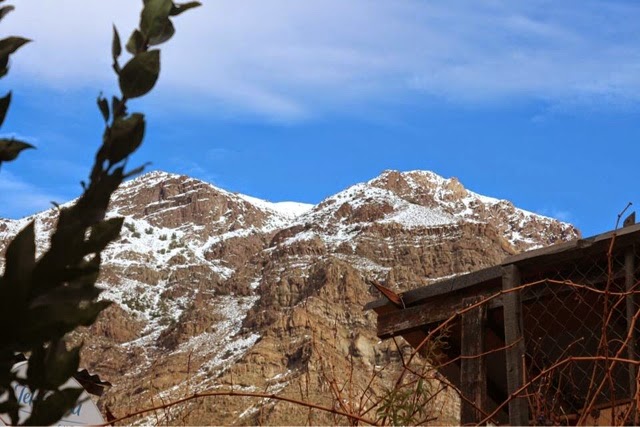 The Maipo flows from the Andes down through the wine country of Chile and is the main source of water, both for drinking and sanitation as well as raising food, for the capital city of Santiago, as well as a recreational paradise for whitewater paddlers. How will this proposed project affect the thousands of miles of watershed and millions of people dependent on a healthy river? The dam builders claim it will provide energy for up to 50% of Santiago’s electricity needs, yet Chile exports 70% of their energy while having some of the highest energy costs in South America. How is that justifiable? 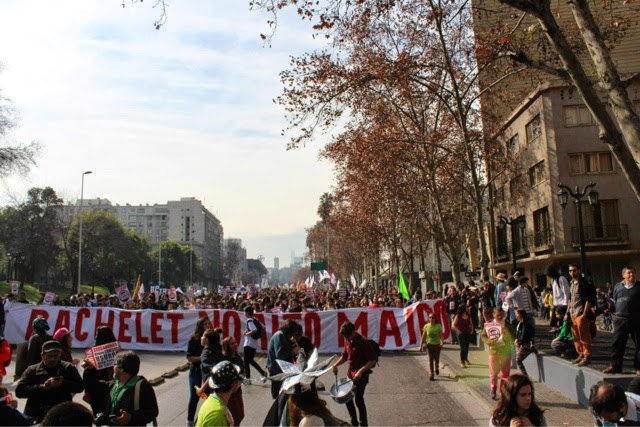 There have been numerous marches already, attended by thousands of peaceful protestors. Part of the problem in Chile is the fact that water rights are privatized. With so much pressure being applied by the masses in tomorrow’s protest, lead by No Alto Maipo, will there be a change coming from the Government? It is hard to say, because there have been other major protests in recent months in the streets of the nation’s capital, most recently in August. The project is still slated to begin. 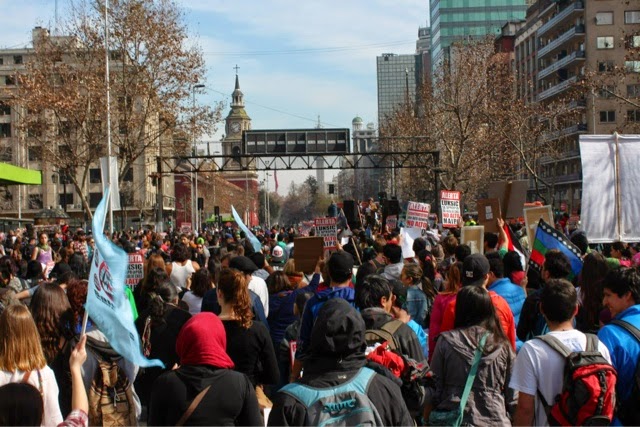 What are the lessons of the loss of the Rio Bio Bio to damming doing to inform the battle for the Maipo? For one, paddlers from around the globe have been mobilized, aided by major organizations like the International Rafting Federation, a non-profit corporation that promotes many conservation efforts as well as holding competitions all over the world that brings cultures and lovers of whitewater together in friendship. The loss of the Bio Bio in the 1980s still deeply pains the small community of river runners that called Chile home in the halcyon days of hairboating. Led in part by IRF President Joe Willie Jones, an ardent conservationist and longtime dirtbag paddler since his days raft guiding and living out of his truck cruising across America, the international community has attempted to raise awareness through film and social media in an attempt to boost morale of the people in the streets and find much needed funding to combat the huge mega corporations vying to purchase the power in Chile. When the Bio Bio was cut down by damming there was hardly a whimper in the world wide community except from a small group of hard core boatmen. The voices of the villagers most directly affected were never heard.
This time around it is the every day people of Santiago and the countryside that are stepping up to stop the dam builders. Without grass roots support the Government will certainly allow the hydroelectric project to proceed unhindered. There are millions of dollars at stake in an economy which faces major instability as the energy market faces the challenges of renewable resources and green initiatives in the coming decades. 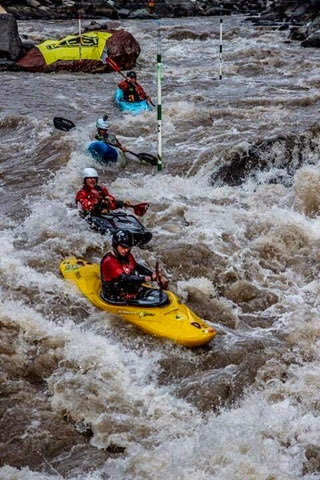 The local, vibrant paddling community of Chile has come together to battle against the dam project. They have been led by the Chilean Raft Team and local kayakers as well as the commercial rafting outfitters who all paddle the river.
Thankfully the people have been rallied, and tomorrow is their day! We wish them all of the best in their struggle to preserve one of the mighty rivers of South America as it flows from the mountains to the sea. May they succeed where their fathers failed, and may the small people in the villages, the farmers and wine producers, the people of Santiago, and the paddlers from Chile and all over the world who love the Rio Maipo, win their battle to save it. The world can ill afford another Bio Bio, another Colorado, another Columbia, another Zambezi, another Batoka…. The future water supply of 7 million people is at stake. 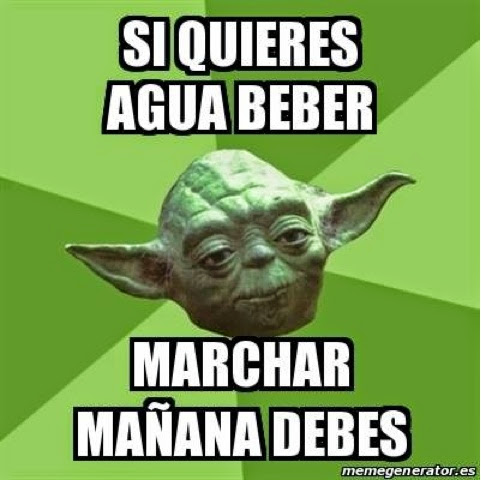 Pictures courtesy of DBP Admin Domingo Sandoval Garcia, a top notch kayaker and native of Chile. Bueña Suerte to the protestors, from the Dirt Bag Paddlers!!sign the petition