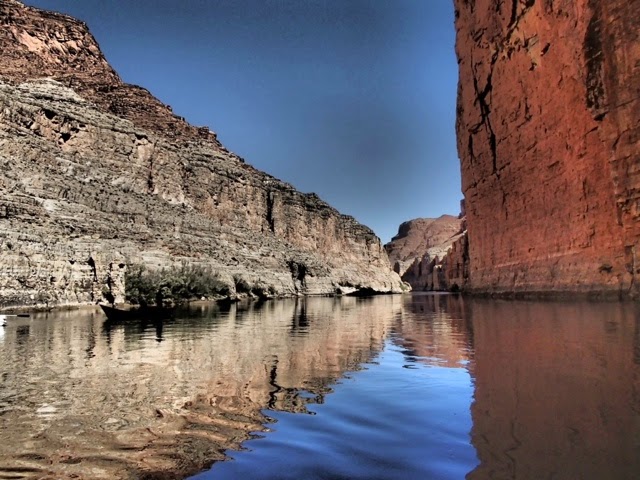 The first American to attempt to navigate the Colorado was Lt. Joseph C. Ives, who pushed upstream in a steamboat in 1857, but he was forced to send the boat back at the Black Canyon, where he continued overland to the Grand Canyon. It seemed to him and to all white men who had come before that the way was impossible. The canyon “can be approached only from the south, and after entering it there is nothing to do but leave. Ours has been the first, and will doubtless be the last, party of whites to visit this profitless locality. It seems intended by nature that the Colorado River, along the greater portion of its lone and majestic way, shall forever be unvisited and undisturbed.”
Most everyone with an educated opinion on the subject believed the lieutenant’s appraisal. It is possible that a local prospector by the name of James White may have escaped an attack by Native Americans on his party (which killed his companions) by riding a log raft. He was found 100 miles downstream, yet his rescuers claimed he had floated all the way down the Grand Canyon; he didn’t know where he was and the feat is discounted by most historians.
Before Powell’s expedition the entire river above the canyons was unexplored, but the race was on. Another would be explorer, Samuel  Adams, like Lt. Ives, attempted first to ascend the river by steamboat more than once. Then, after lecturing Congress (at about the same time the Major was preparing to set out) on the feasibility of the river for commerce, “The Colorado must be, emphatically, to the Pacific coast what the Mississippi is to the Atlantic,” Adams with an expedition of eight men and four boats set out on the Blue River in Colorado, intent on proving his theory. Upon reaching Gore Canyon (famous among today’s boating community) all of his boats had been destroyed in the rapids, and he declared that nothing in the Grand Canyon could possibly surpass the powerful rapids and height of Gore! He continued on, and in total four boats, four rafts , and eight men were lost, and Adams and three survivors stumbled out of the Grand Valley about the same time that Powell emerged victorious.
Oddly enough, Powell and his men were believed to be dead. The Chicago Tribune reported on July 3, 1869, “Twenty-one Men Engulfed in a Moment.” All but one sole survivor, who had returned to Springfield, IL to tell the tale, had drowned. The man was obviously a con, but that was not realized for months, and the news of the disaster made bigger headlines than the launching of the expedition had.
It would also be many years after Powell’s feat before men would again attempt the journey, twenty in fact. Businessman Frank Brown had a vision to build a railroad along the Colorado down through the Grand Canyon. With five flimsy boats and sixteen men (and no life vests) his expedition set out on the Green River on May 25, 1889. From Cataract Canyon onward, the trip suffered a “disaster every day,” with boats sinking, supplies lost, and desperate swims. Brown was drowned in a flip in Salt Water Riffle, and five days later when the man who had carved his epitaph was killed along with another man in 25 Mile Rapid, the survivors quit and climbed out, on July 17th. They looked back down at the Colorado to see their leader’s lifeless body – they recognized his jacket – “floating down the river.”
Then two innovations occurred that revolutionized river running, and the impossible began to become possible. First, boat designs were corrected. The heavy round bottoms boats favored by early explorers were jettisoned in favor of lighter flat bottomed crafts, reasoning that maneuverability (the flat bottom turns much faster) and weight (Powell’s heavy boats, reinforced for strength, took four men to be carried empty) would allow boatmen to dance down river dodging holes and ferrying across rapids. The modern Dory was born.
Second, Than Galloway turned his boat around to face the rapids to see where he was paddling. The Powell expedition, with such heavy craft, featured two men pulling at oars, facing to the rear while the third man (the Major in his boat) called commands. What seems so obvious, facing downstream to see where you’re going, was unheard of at the time. When Galloway, in the lighter boat that he could self propel, turned to read the river, he changed everything. However, not until he made a successful journey through the Grand Canyon in 1909, followed by the Kolb brothers in 1911, did the technique become popular.
Looking back through the lens of time, it is all the more amazing that JW Powell and his men accomplished that first journey in the boats they chose with the techniques of the day. Very few men could have pulled it off. There were no photos taken of the boats or on that first journey, so we don’t know everything about how they accomplished their mission, and the journals were reckless with the truth and mostly written after the fact, but it remains one of the greatest feats in the annals of exploration. 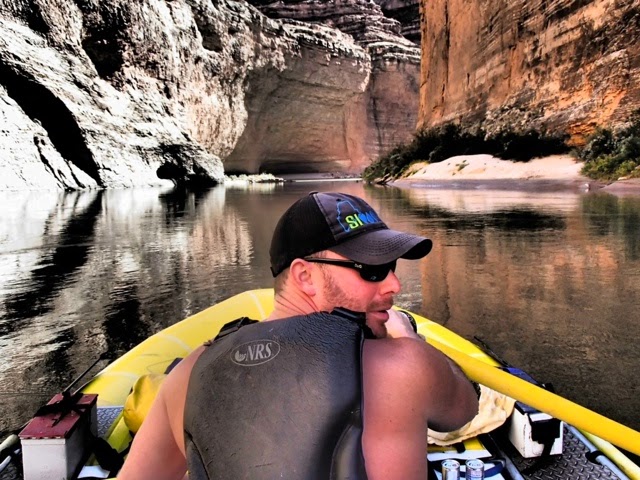 Part 4: The Colorado River & The Grand Canyon today
Major Powell would hardly recognize his River or his Canyon today, if he could be transported 150 years into the future to see the changes his exploration had wrought.
The Colorado is nothing like the wild lonesome river that he and his companions scored a first descent on. Now it has been tamed and ruined by dams, and drained off by irrigation feeding the millions of people living and growing produce in an area deemed an inhospitable desert in the 1860s. Hardly any water makes it to the ruined delta where the river once flowed to empty into the Gulf of California. 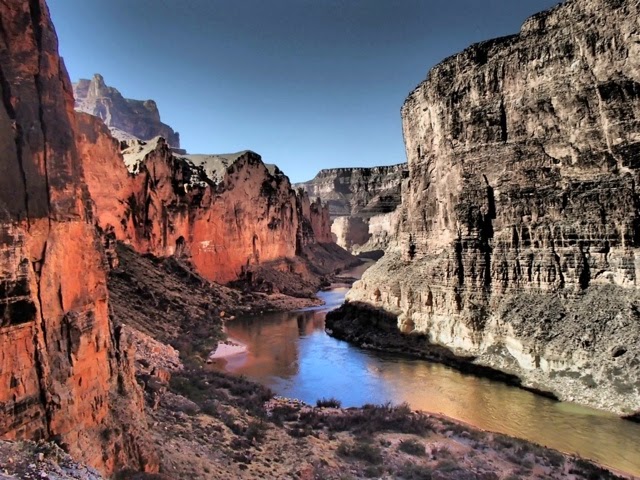 The mighty dams have changed the river even more. No man of the 19th Century could have conjured the sheer size of Hoover Dam, or the amount of electricity produced by the behemoth. The Major would be shocked to learn that Separation Rapids, which was the most perilous of all the rapids taken on by the Expedition, (recall that the decision to continue on here sealed the fate of the three men who deemed the journey too perilous and so walked away from the expedition and on towards their deaths…) now lay slumbering beneath the depths of Lake Mead. The fate of Glen Canyon and the Escalante River canyons, buried beneath the waters of Lake Powell, would startle and sadden him, I like to think. When Rainbow Bridge, the largest natural bridge on Earth, is finally collapsed due to erosion caused by the water of this forsaken man-made lake, after spanning for millennia the mighty Colorado, we will all be held accountable by the Major and his men. 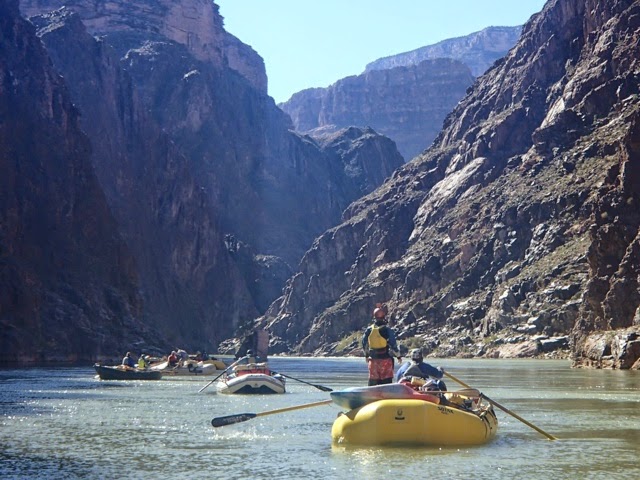 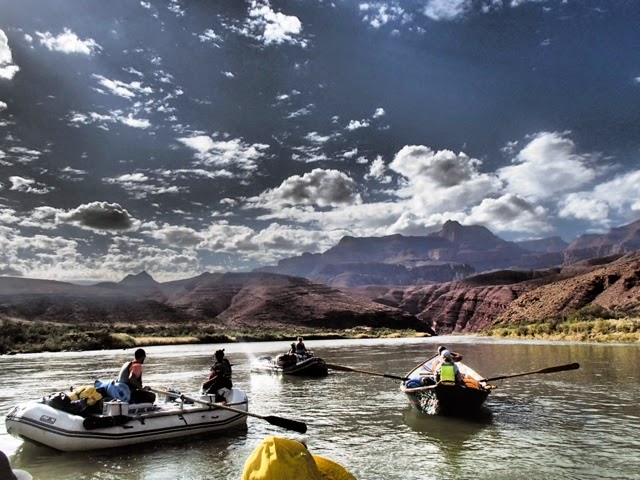 The members of the Expedition would have been astounded, and I believe pleased, with the river traffic. Thousands of Dirtbags gaining employment pushing customers by the scores on commercial raft trips down the Green, the Yampa, and the Colorado itself; and even more the true Dirtbags on private missions which are the pinnacles of their own boating adventures; these things would amaze the men for whom the same rapids were anything but recreational. They would have loved the kindred paddlers of the dories, and surely Powell would have asked himself, “why didn’t I think of this design?” yet I’m sure he’d never admit it. And the dry boxes and bags filled with preservable food and cold drinks!!! These would have drawn the envy of them all even more than our modern PFDs. 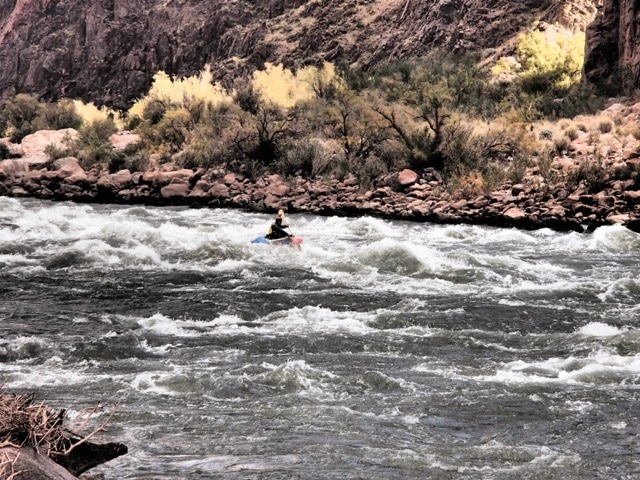 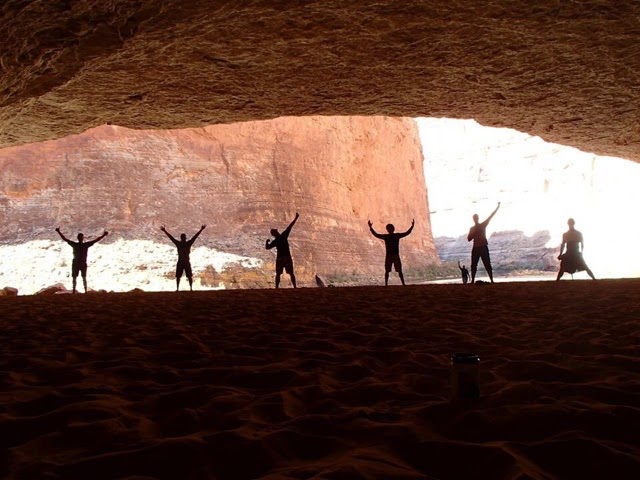 The Grand Canyon itself, then as now, would still be the source of Powell’s greatest amazement. He would marvel at the 5 million people visiting yearly, by car and hiking trail, on beasts and rail, and yes even by boats on the river, the locales which were so remote and forbidding in his day. I like to think he’d be proud of our nation protecting and preserving the 277 miles of canyon as a National Park set up in 1919, and recognize the role he played in it. Today we take it for granted that a place of such natural wonder and beauty is saved for future generations, yet even in the mid 20th century men schemed to dam and drown a portion of The Great Chasm. I imagine Professor Powell strolling to the end of the Skywalk overlooking the Hualapai Reservation, taking in the full majesty of the place, and remarking to himself, quoting what he wrote, “The river rolls by in silent majesty… Now the danger is over; now the toil has ceased; now the gloom has disappeared; now the firmament is bounded only by the horizon; and what a vast expanse of constellations can be seen!”
And I see John Wesley Powell thinking to himself, answering the Grand Canyon with the same reply he gave the New York Tribune many years after his successful journey when asked how he had managed not only to succeed in being the first to make it through the canyons and down the length of the Colorado, but to do so on his first attempt: “I was lucky.” 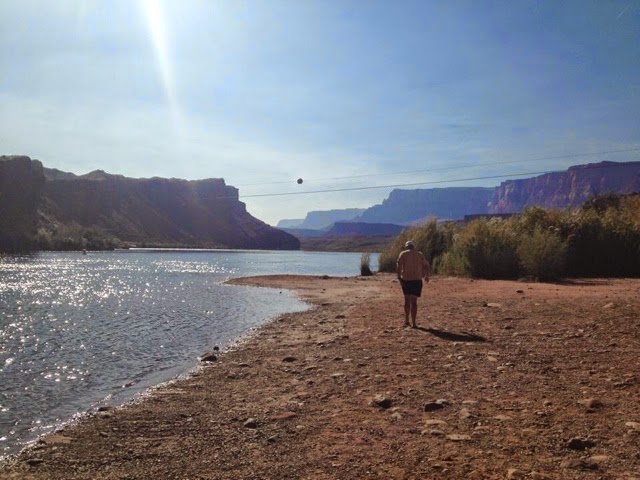 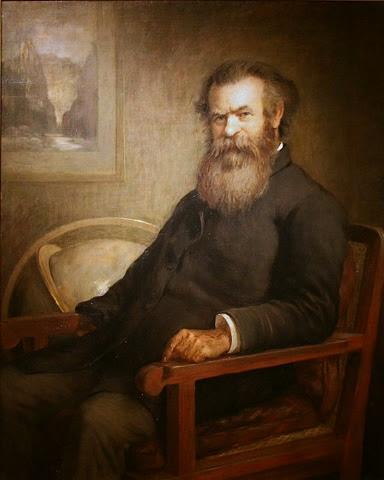 {editor’s note : February is DBP DOGGY MONTH! So watch on Throwback Thursdays for our Spotlight on Dojie The Rescue Dog! CHEERS!! }