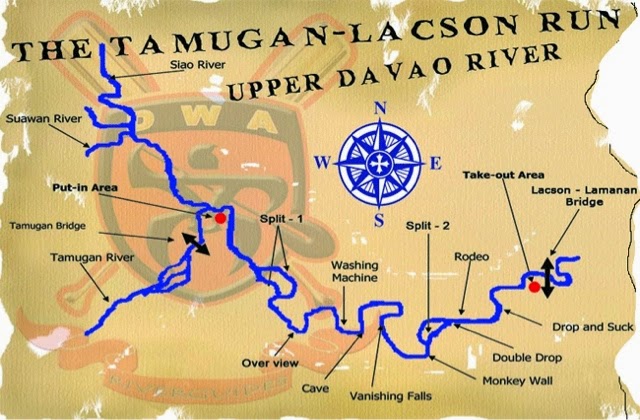 When Dirt Bag Paddlers first expanded their view beyond the whitewater of North America, one of the first destinations that grabbed our attention was the Davao River in The Philippines. The smashing Wallaces were epic! We quickly signed up a proper Admin who exuded the Dirtbag spirit in raft guide Igi Sitier, a rubber pusher from Base Camp with no fear of swimming the brown waters of the Davao.
This first impression of the Philippines was surprising, and fueled the search for more unknown whitewater destinations around the globe that have since made DBP a world wide organization of boating buddies. Who had ever heard of rafting in The Philippines? Plenty of folks, I’m sure… Just none I had met in my 11 seasons of paddling.
What made the impression so powerful was the artful way in which the Wallaces were captured on film, both photos and video. Our industry is fed by the images that our customers, most of whom which will go rafting once or twice in their lives, bring back to the other normal people in the world. Whereas us Dirtbags mostly we’re hooked on our first taste of this lifestyle, the normal people recoil in horror at such wanton risk and reckless displays of daring. Who would ever risk certain death by drowning when their raft flips? 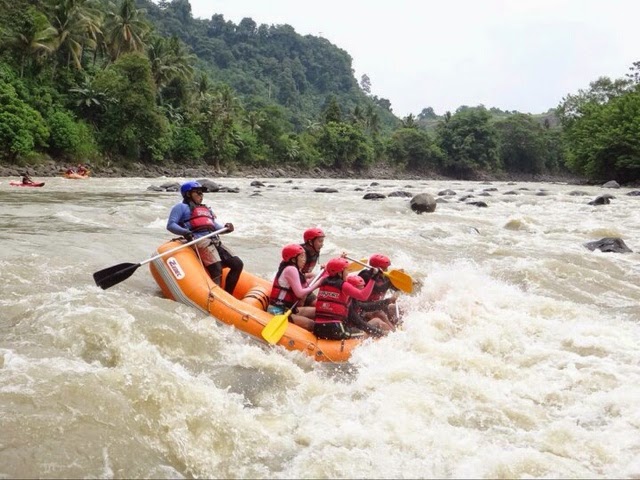 But there are enough mostly sane people that see these same images and think, “that looks like I might have fun.” They see the smiling faces, the fearless dirtbags in charge, the fact that their friend has returned relatively unscathed, and they too decide that one day THEY will go rafting. Thus the industry continues on.
Our two featured Base Camp photographers, Onin Fuentes and Jack Frost, take photos that represent all the good things of our sport, our passion, and our lifestyle. But first, here’s a quick introduction to the Davao River, which like any river, is the home of true dirtbags (like our guys and their river families) and the wellspring and foundation of all the things that follow. 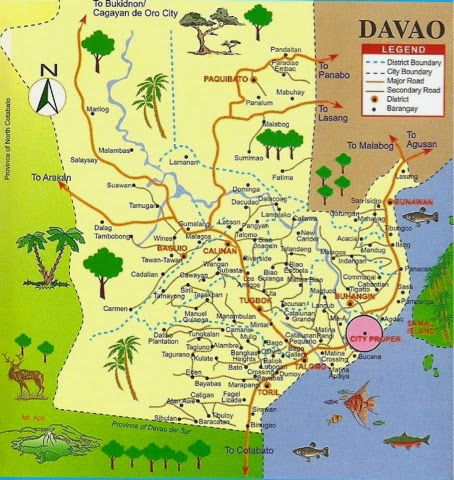 The Davao River, known locally as Ilog ng Davao, flows 99 miles through Mindanao, emptying into the Davao Gulf in Davao City, known as “The Crown Jewel of Mindanao” and “Eco-Adventure Capitol of The Philippines.” The name of the river varies slightly between the local tribes: Dawow, Davah, Dawaw, and Dabo. A major week long festival, Kadayawan, is held each year in the city, celebrating the river and paddling traditions of the ten major indigenous tribes of the region: the Ata, Matigsalug, Ovu-Manuvo, Klata-Djangan, Tagabawa, Tausog, Maguindanao, Maranao, Kagan, and Sama. Colorful boats are manned by paddlers in traditional outfits and paraded up and down the river.
Kadayawan Festival
http://m.youtube.com/watch?v=ED3jhblAvtY
The waters of the Davao today flow brown in color. They carry heavy amounts of sediment due to erosion caused by massive logging and sand and gravel quarrying along the river, resources that have fed the growth of the city but now threatens its water supply. This sediment makes for the chocolatey Wallaces that Base Camp is known for and Onin and Jack capture in such stunning fashion on film. Proposed protection for the watershed has been spearheaded by the Protect Davao River Movement in conjunction with International Rivers, and The Department of Environment and Natural Resources (DENR) declared the Davao a water quality management area (WQMA), a move expected to boost ongoing efforts to revive the polluted river.
More information about protecting the river:
https://m.flickr.com/#/photos/internationalrivers/13226513775/
http://www.internationalrivers.org
http://crbom.org/SPS/Docs/SPS41-Davao.pdf
PDRM video
http://m.youtube.com/watch?v=zv64AR5-XHs
The paddling all happens on the Upper Davao, a 13 km whitewater stretch. The rating of these rapids is usually Class 3 (4 in high water ).  The major rapids are Split 1 & 2, Washing Machine, Monkey Wall, Double Drop, Rodeo, and Drop & Suck. This portion of the river is wild and beautiful, passing a cavern and a high waterfall early in the trip.
RAFT FLIP ON DAVAO RIVER
http://m.youtube.com/watch?v=Ndg06zE4Cg0
WASHING MACHINE WALLACE
http://m.youtube.com/watch?v=V9VCUDo17uY
ONIN FUENTES
Onin is a family man whose passion for paddling and the outdoors shine through in his camera work. He paddles anything, guides rafts as well as competes in raft racing, and lives for adventures of any kind. The shots he composes bring the adventure of The Philippines to life. 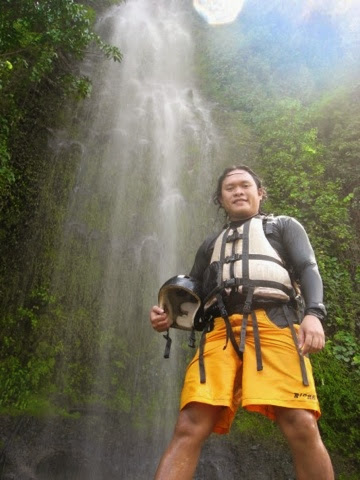 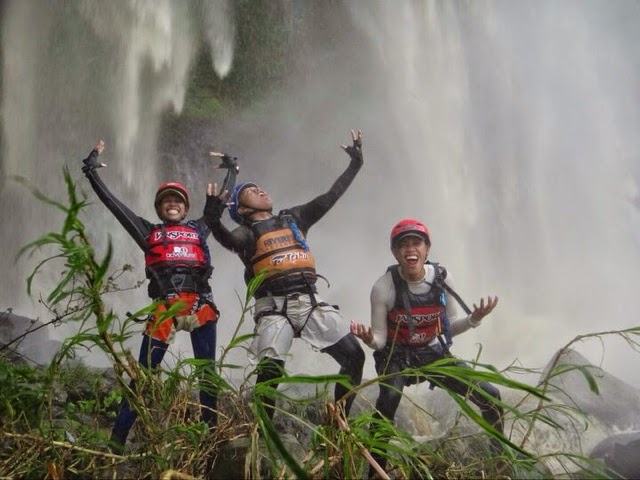 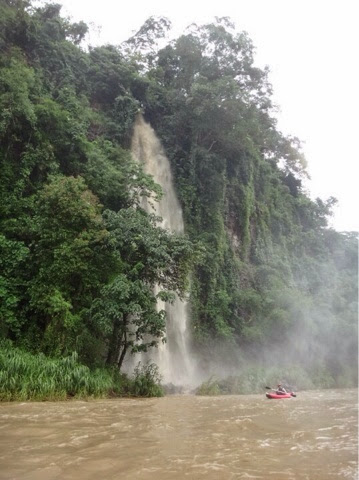 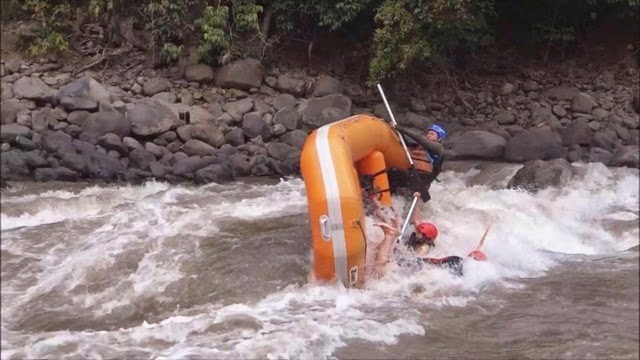 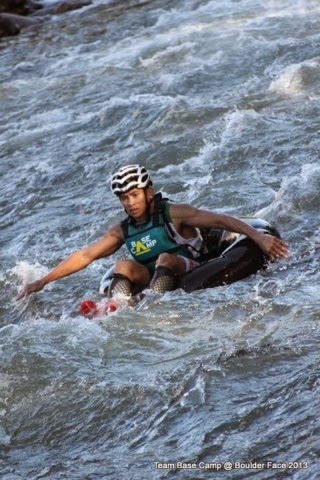 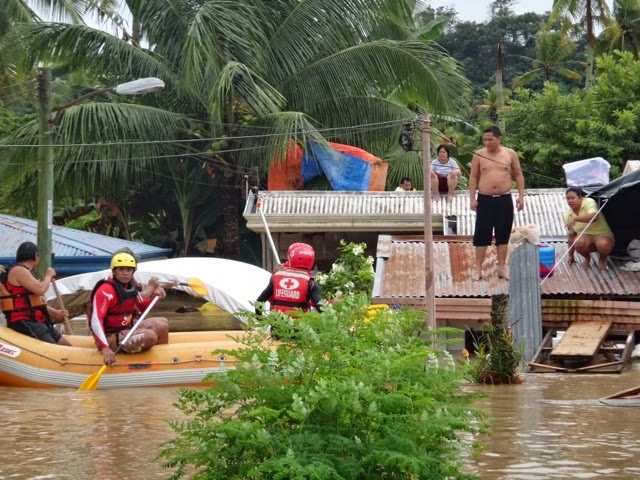 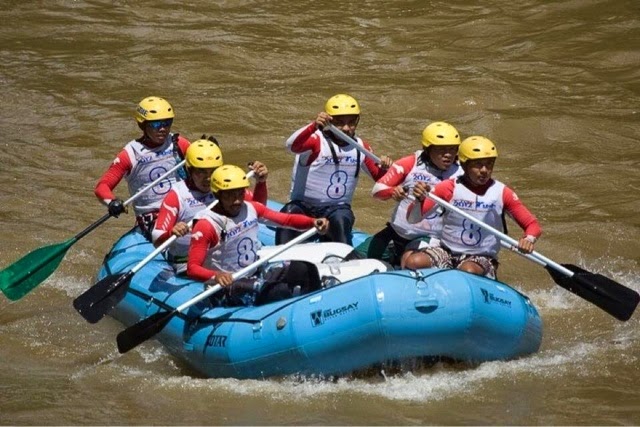 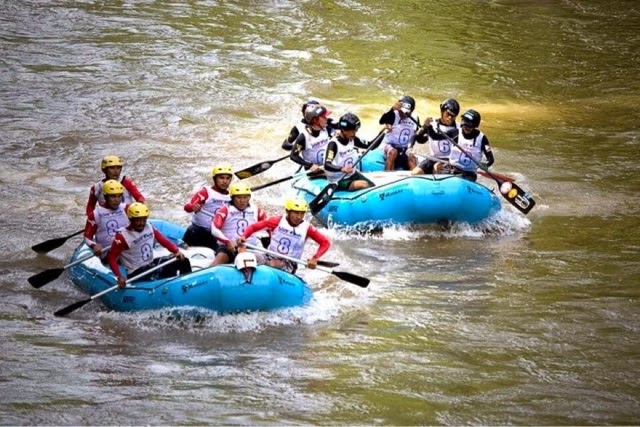 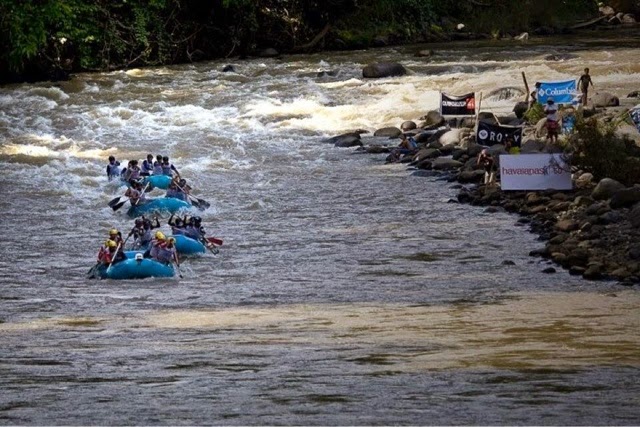 JACK FROST
Jack has a flair for artistic photography and also brings it on the river as a guide. His vision breathe life into the photos and makes The Philippines explode with color and vitality on the screen. 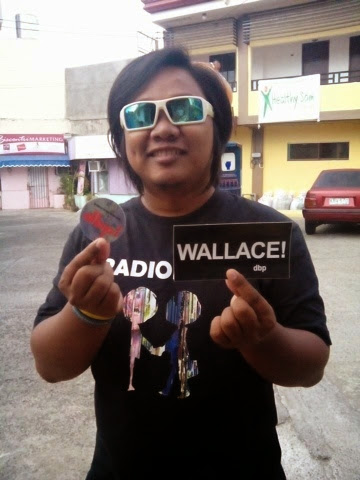 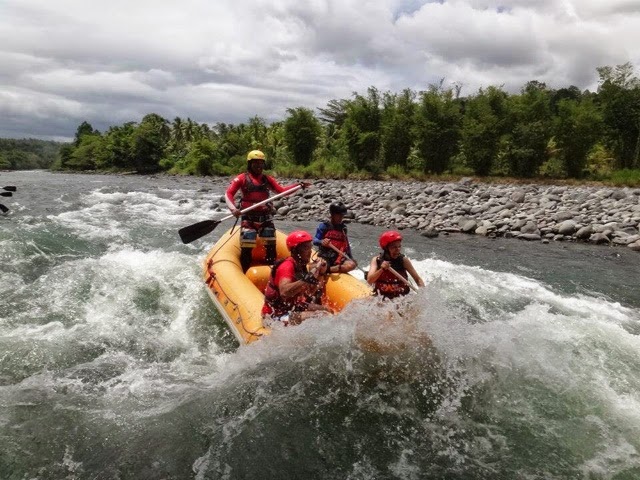 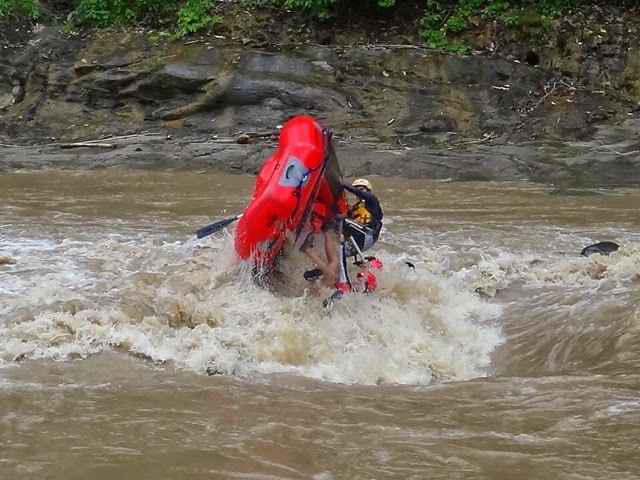 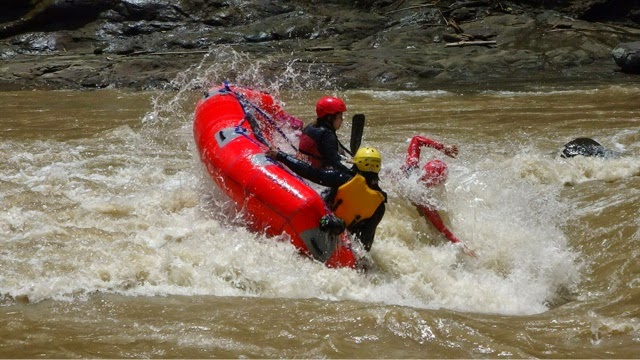 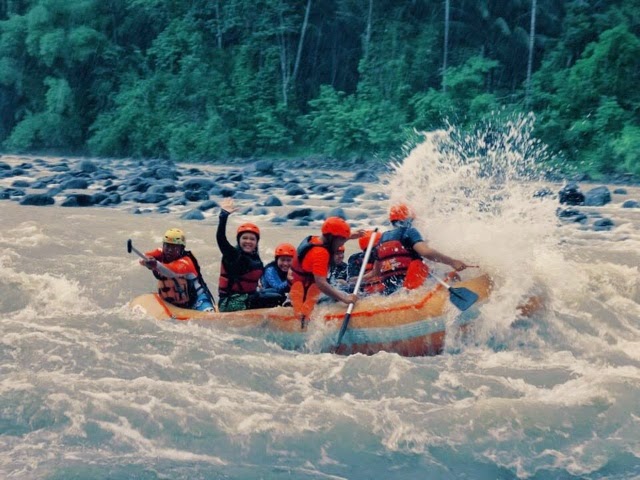 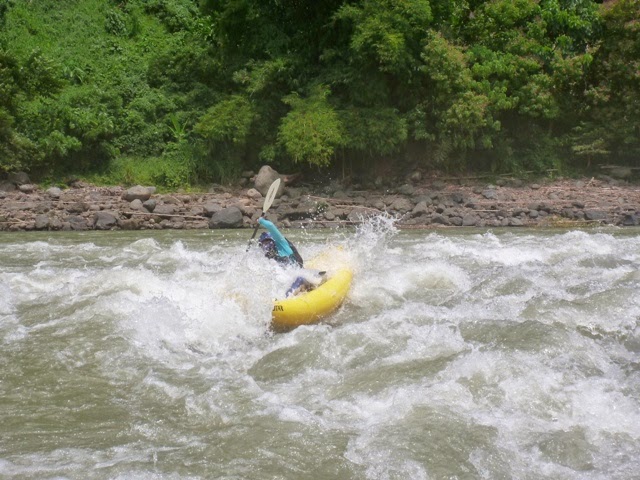 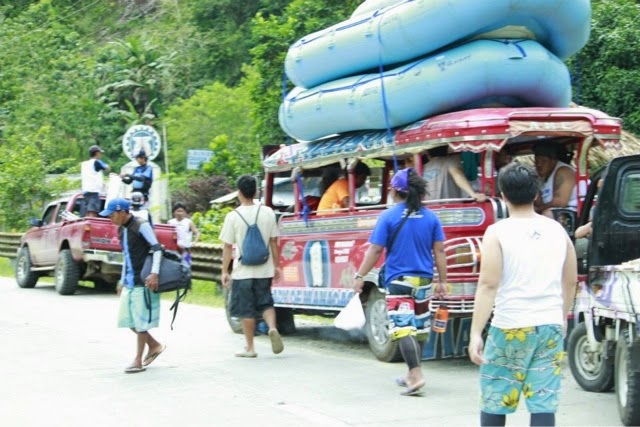 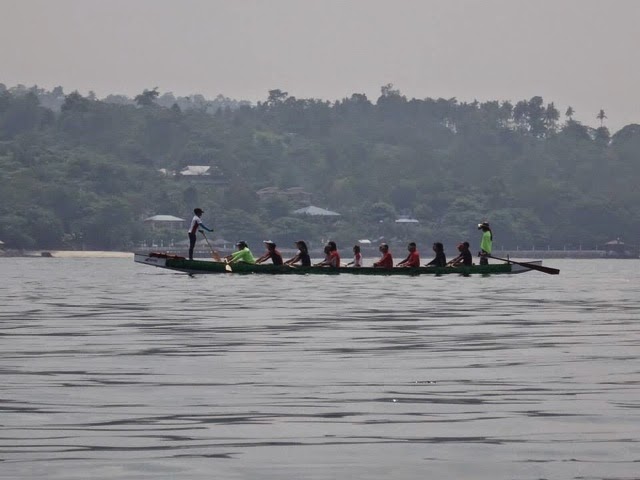 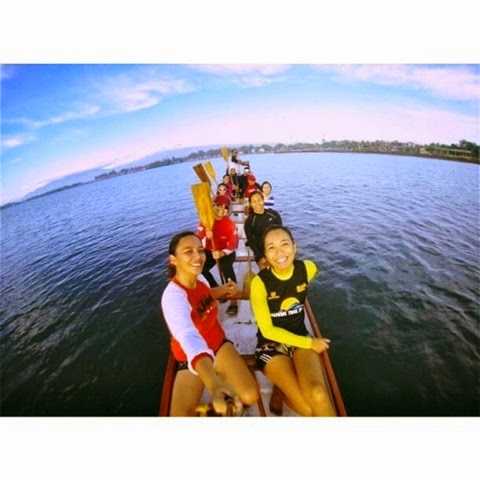 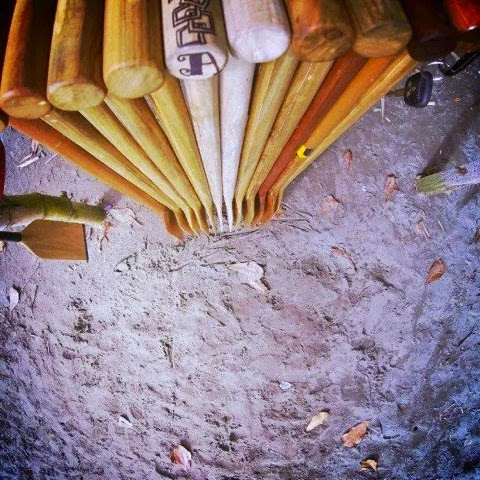 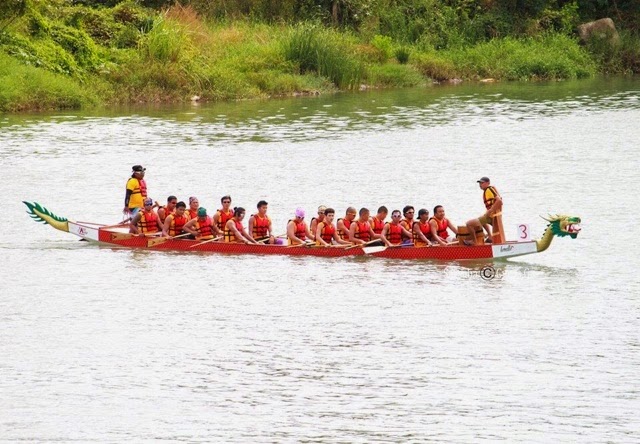 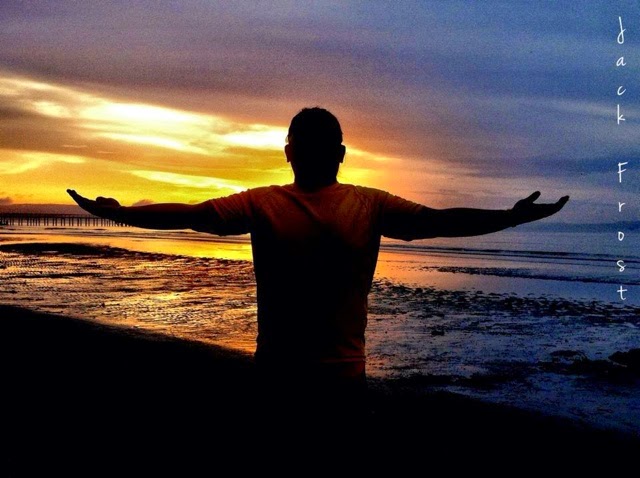