I had finally arrived… After an 8 hour minibus journey to Nottingham to cover NSR 2016, I had something to eat and drink, and the coverage (aka party) started. And went on till 2 am. Now THIS was true Dirtbaggin’! IT WAS AWESOME!!! 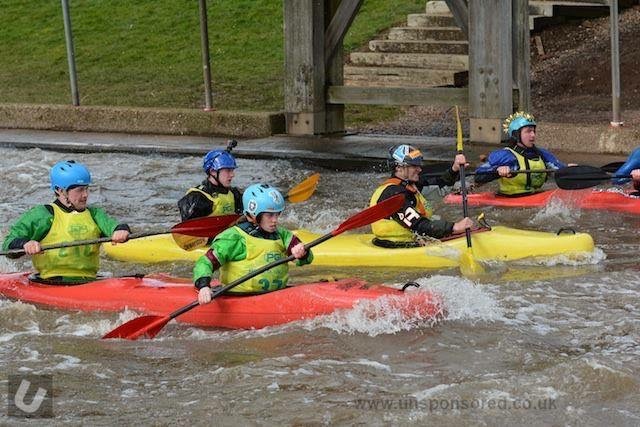 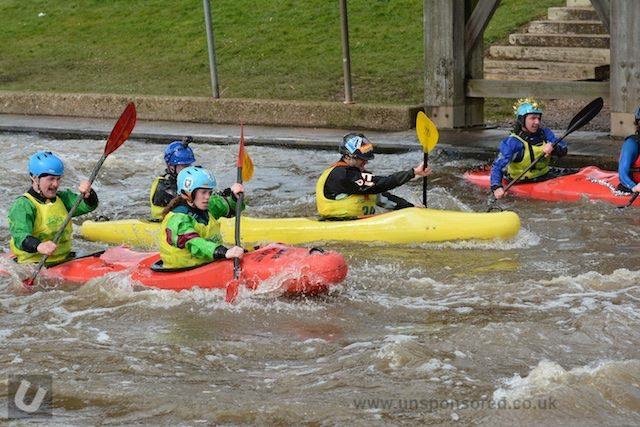 Hungover the next morning, I made my way to the whitewater course and jumped on straight away. To start off, it was just free paddling until the competition started. My first competition was a Boater X race in a duo kayak with Zak. Three teams including Zak and I all crossed the finish line at the same time.  After that we paddled into the looping pool in an attempt to loop the duo. It didn’t work; we capsized, but somehow managed to roll back up. After that we decided to paddle into the stopper backwards which as usual resulted in ending up upside down. This time our roll didn’t work and we Wallaced. We were pulled out by the fantastic safety team. 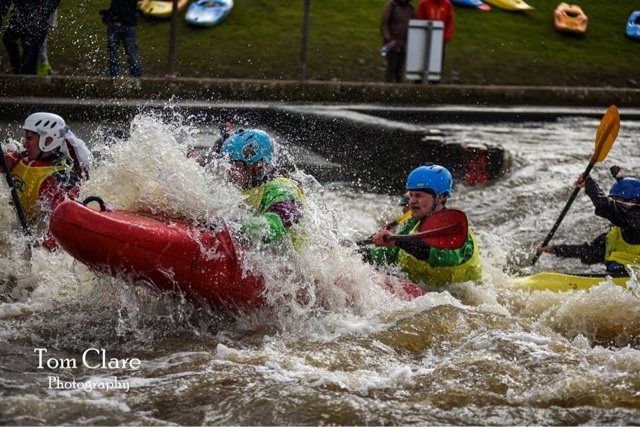 Competitions went on all day. It was awesome to see complete beginners compete as well as experts and members of the GB Freestyle Team!!!
Then onwards to Saturday night. It started with a well needed meal which included a whopping ass chocolate muffin! After that we hit the NSR film awards, a competition of short paddling films. There were lots of awesome entries; my favourite was on Uganda, which looked sweet! The Christmas themed party which followed was weird, as it’s March, but despite it being the wrong month loads of people danced and drank way too much alcohol dressed in costumes until 2 am. 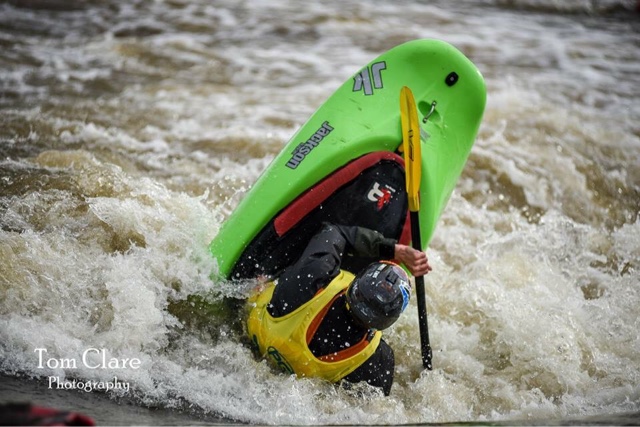 Hungover again, I woke up at 8 am and headed over to the course to compete in my freestyle heat. Being judged under ICF rules and having no clue what I was doing apart from rolling around, I ended up with no points for kayaking. But then I provided the judges with a pack of sweets and I got 60 points!!! My paddling was over for the weekend, but I met loads of awesome people and company representatives throughout the day.
It was awesome to meet the teams from VE Paddles, Immersion Research, and Pyranha Kayaks. I would personally like to thank everyone who came to the event, and special mention to the following people for making it a fun, safe and awesome weekend: Rodeo Bosses, NSR Safety Team, Extreme Events Team, Rodeo Rabbit, and all the photographers including Tom Clare, a member of the All Wallace 2015 Team and contributor to DBP MAGAZINE ONLINE. Cheers to the countless sponsors who helped run the event. Special Thanks to River Legacy for organising the party. They are a charity that campaigns for river access.
http://river-legacy.org.uk 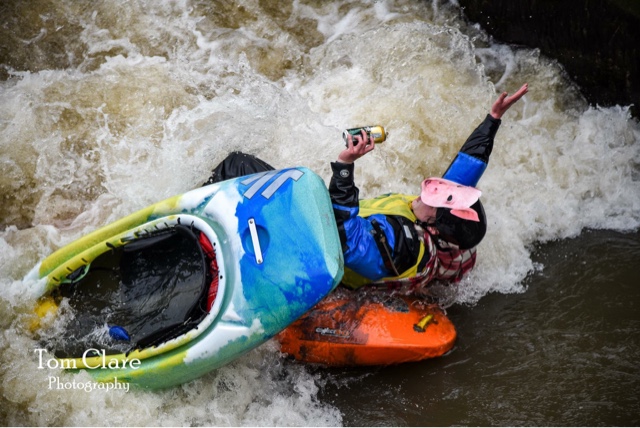 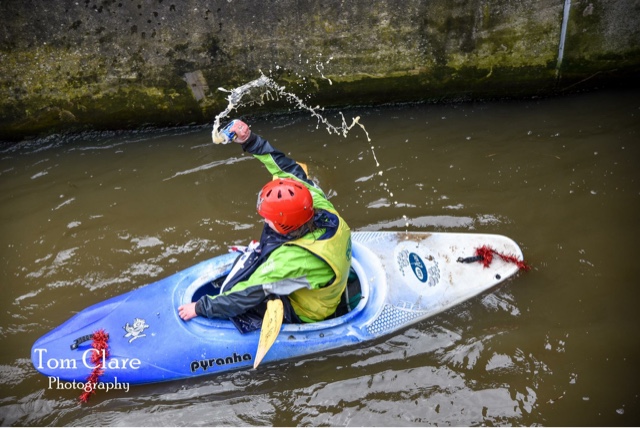 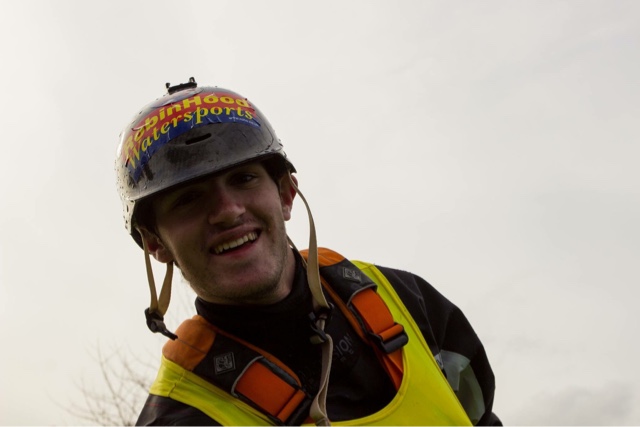