The Harrington Canyon section of the Rouge River has six sets of rapids in an eight kilometer stretch. The first rapid is at the entrance of the canyon; by the rock pile you will find the “Crocodile” and as the river drops this sneaky little rapid grows, becoming a raft flipping beast that creates a swim a bit too long, if you would like your clientele to ever return. If you manage to avoid the “croc” and get around the rock pile be sure to stay in the middle of the river; too far left you will miss the munch of the hit, too far right and you risk a flip in the “Rookie hole” just before dropping into the canyon.  Following this is the Canyon wave is a nice big standing wave, big enough to backflip an eighteen foot raft. It is the biggest feature in this section. 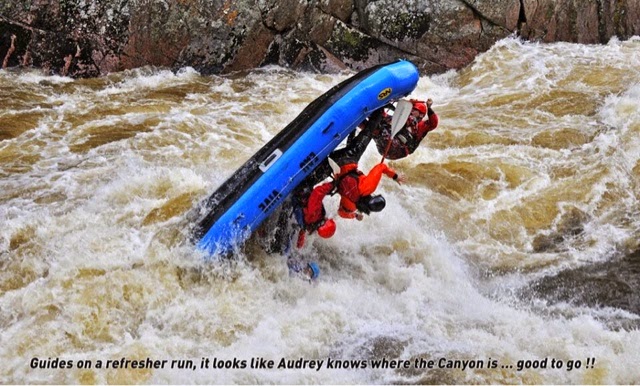 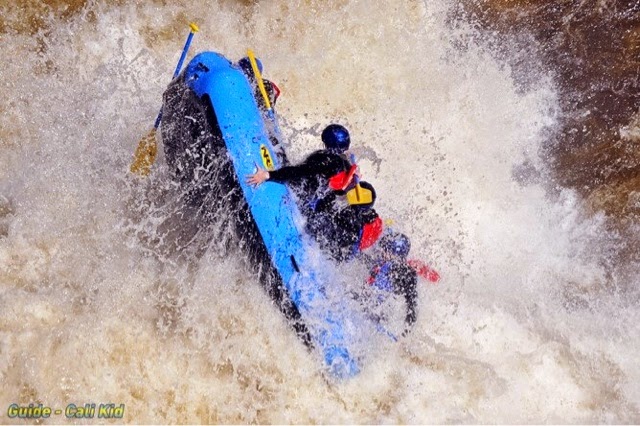 After the Canyon the second rapid, “Confusion”, is a long rapid of haystack waves with 2 main veins that join, creating the “Clitoris” that can quickly flip a raft.  There is a very small break separating “Confusion” and the next rapid, “Turbo,” which begins with haystack waves and an S turn in the river. Only in higher water can you pass on the right; in the middle of the S, on the right and middle, are nice surfing rollers.The rapid end with the “Turbo” hole.  At certain water levels ( in between 160m3/s and 200m3/s ) “Turbo” is stickier than gum on the bottom of your shoe in July; it can keep you there for a long time! I can definitely say it is the only place in the world I tried breathing through the holes on the bottom of my raft as my empty boat surfed on top of me. It is a beautiful rapid, one of my favourites on the Rouge as a river guide, but as a photographer it is not as hot as the Canyon. 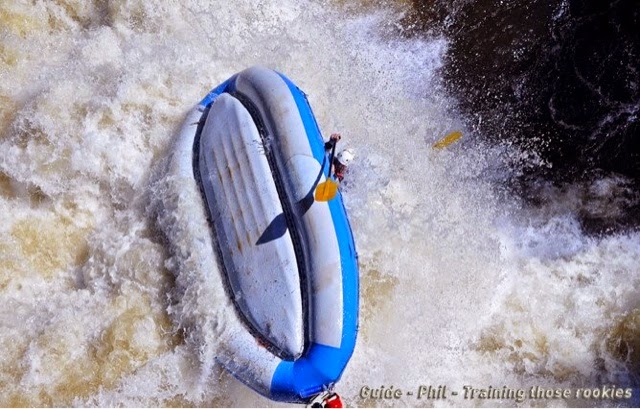 The section dies down with “Belle Rose” or “Yogi’s Nest” (depending on your philosophical views), then tapers off with “Surprise”, a two kilometer stretch passing “Emmit’s Rock” and ending in the ”Devil’s Door”.  The “Devil’s Door” is not so scary for us because of our floatation but back in the days this river was logged to build Montreal, and this rapid took many lives.  The logs would jam up here; if a logger slipped in between the logs in this rapid there was not much chance of survival even if they could swim, but many could not. Many of these rapids were named by the loggers; some we use today, some we do not.
{EDITOR’S NOTE: Stay tuned for Part 3 of our four part series, “The Lower Rouge – What’s her name? and why…” which drops next Saturday night… CHEERS!}