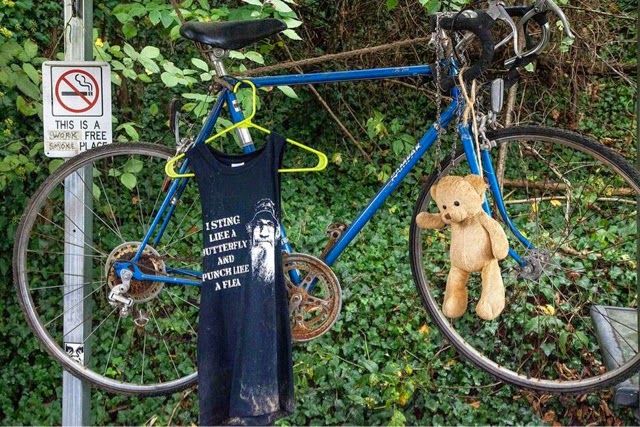 Chapter 2: Home Sweet Hill
I took a break from “The Hill” once, reentering the “real” world to let my parents know I was all right. After a few days, I returned to my home in the woods. Nothing had changed. The sun disappeared as I made my way to my tent, I could hear the commotion around me. 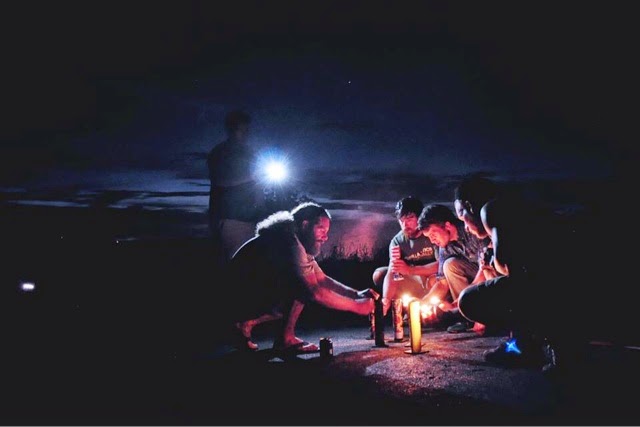 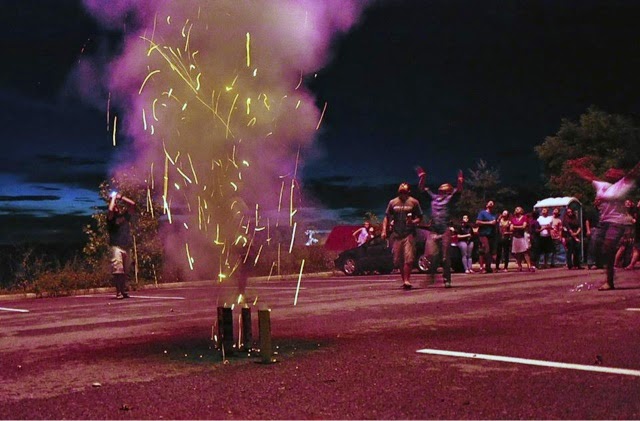 Voices echoed through the woods, calling and chanting to one another. We ran in and out and up and down, the paths worn into the hill by our bare feet through near-invisible obstacles known as “hippie traps.” These were created from fishing line wrapped from one tree to another. Tarps, ropes, and spider webs created a maze that would catch you off guard after a nightcap if you weren’t careful. Our hill was booby-trapped, much like a war zone. I walked the path with no light finally conquering the obstacles surrounding me. I knew exactly where I was, in my outside home, just like Peter. The Lost Boys knew their cave like the backs of their hands. In a sense, I finally became one of them. I sat down around the fireless pit, calling to my friends hidden in their own tents, and they slowly began to emerge from the darkness. 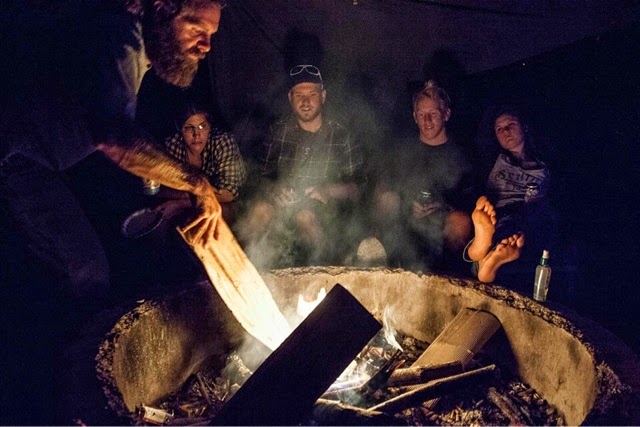 The campfire was my sanctuary –our sanctuary, the place where everything came together. It was the first place I visited in the morning and the last place I sat each night. Here, the most important conversations unfolded: how we needed to quit living in our own filth and set up a trash rotation, deciding whether or not we would break the rules and hang out in the parking lot, and most importantly, who had beer money. The fire was our television – our hippie TV. To change the channel you just needed to poke the logs on fire. We passed the time by inventing games. A Gatorade bottle filled with rocks in the center of the pit became the “cat toy.” All you had to do was try and hit someone with it. We grilled pork, steaks and sausages on an open fire under the moonlight and the cooler was always full if you needed a beer. 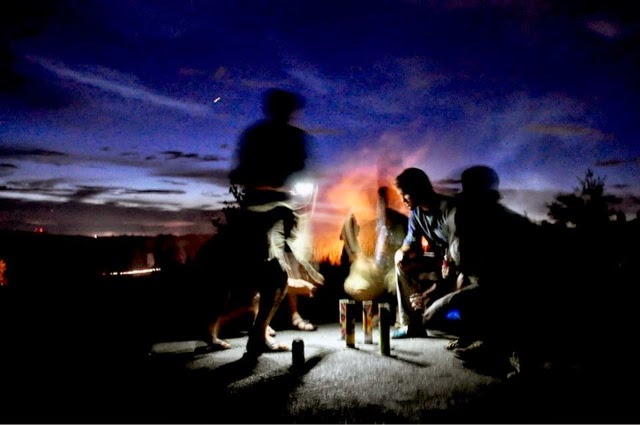 After a while, I began to ask myself: What am I doing here? Was I running away from my responsibilities just like Wendy, when she’d visited Neverland. Maybe not, but I began searching for answers. I found a book that had an uncanny resemblance to our situation. The Peter Pan Syndrome: Men Who Have Never Grown Up, was written by Dan Kiley in 1983. He suggested that there was a growing population of men who were unable to leave their childish behaviors behind and take on the responsibilities of adulthood. They were unable to grow up, just like Peter Pan. The name had drawn me to the book, but it didn’t have all the answers. I wasn’t a man, and I’d chosen to live this way too.
I knew I was on the right track, and eventually, I found something I could better relate to; it was a study by a psychology professor at Clark University in Worcester, Massachusetts. He had identified the twenties as a new distinct stage in life. The professor, Jeffery Jensen Arnett, called this period of life “Emerging Adulthood.” I read his theories about my generation’s struggles with the idea of becoming an adult, and it all made sense. The pieces of my puzzle were slowly coming together. We were all searching in one-way or another for the same sort of self-realization; to become complete, to become whole. 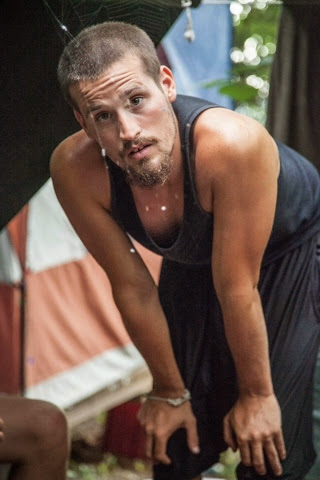 I began to realize that everyone in this community was hunting for some sort of answer or purpose. “It’s so organic, and holistic,” BamBam would often say, mockingly, slurring his words. He always seemed to be walking around holding a book. We’d poke fun at him for his love of books, specifically those on tape. I never knew exactly what he was reading until I saw the book being used as a bedside table. Walden. You could tell that this edition was just as old as we were. The pages were yellowed with time and it had that distinct “came from the library” smell. I picked the book up and examined the front cover, “Oh, I wrote that using the pen name Thoreau,” BamBam told me. I put the book back down in its place, and we carried on with our conversation. Months later, reflecting on the moment, I wished I had asked to borrow it. It seems everyone on “The Hill” except me knew about the two years and two months Henry David Thoreau spent on Walden Pond in Massachusetts.
Walden, the reflection of Thoreau’s pilgrimage into the woods, exploring a simpler lifestyle was an inspiration to us all. A community near ours, Twin Oaks, actually founded their society on Thoreau’s ideas. This Transcendentalist ideal that relying on yourself will help you achieve exactly what you want out of life is what Thoreau was getting. These were the same sorts of ideals we strived for on “The Hill,” and Walden was BamBam’s Bible. He had dissected Thoreau’s experiences and was using them to help make his own choices in life.
Reading Walden, and learning about Twin Oaks really got me thinking. In a way, Arnett’s theory is about a generation of Thoreaus emerging into adulthood.  As if were all caterpillars stuck in our cocoons, unable to blossom into butterflies. We weren’t ready to spread our wings and fly. Arnett wrote, “To be a young American today is to experience both excitement and uncertainty, wide-open possibility and confusion, new freedoms and new fears.” These are the same fears that come along with moving away from traditional society. When I read that, it was as if Arnett had a magnifying glass over “The Hill,” analyzing our way of life. I realized that everyone in my generation was asking these same questions about growing up and that no one had everything figured out. Some just dealt with it differently than others. We on “The Hill” had chosen to find our path in life within nature. It was a relief to see someone finally acknowledge us, and give me some sort of validation. 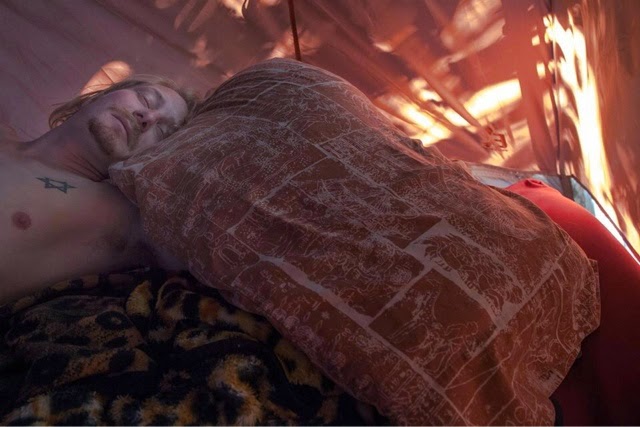 As the summer waned, I sensed our time on “The Hill” was quickly coming to an end. It was a simple fact that I was not ready to accept. I began to slowly shut down and separate myself from the pack. The attempt to shoo my community away as though they were unwanted animals only broke my heart more. I quickly returned and apologized once I realized what I was doing. “No, I get it,” Doctor Safety said handing me a beer, “I get sad when my friends leave too.” The night progressed as a quiet celebration of our summer together. We set off the last of the fireworks and howled at the moon by our river. I awoke the next morning teary eyed to the pitter- patter sound of raindrops on our tarp, and I knew deep down that it was raining for me. Mother Nature felt my pain.
I knew it was the end of an era, but when one door closes, another opens. 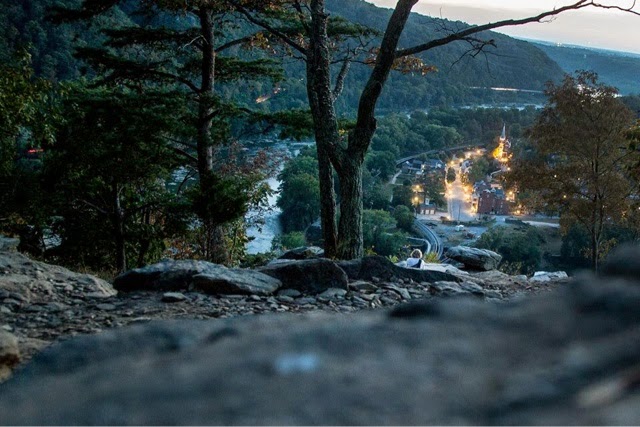 {editor’s note: we at DBP MAGAZINE ONLINE are pleased to bring you Sarah’s work, which runs every Wednesday morning. Tune in for the next installment!}
SARAH’S BLOG IS:
http://www.idratherbeinthewoods.tumblr.com
the website to the project itself www.idratherbeinthewoods.com
and her personal website that is in the process of revamping www.sarahcartron.com