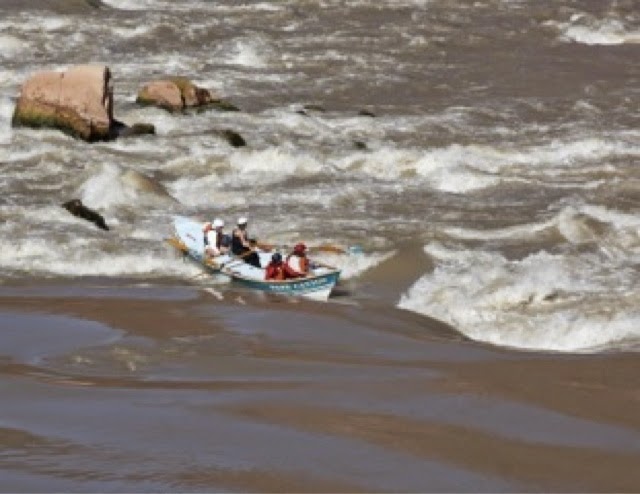 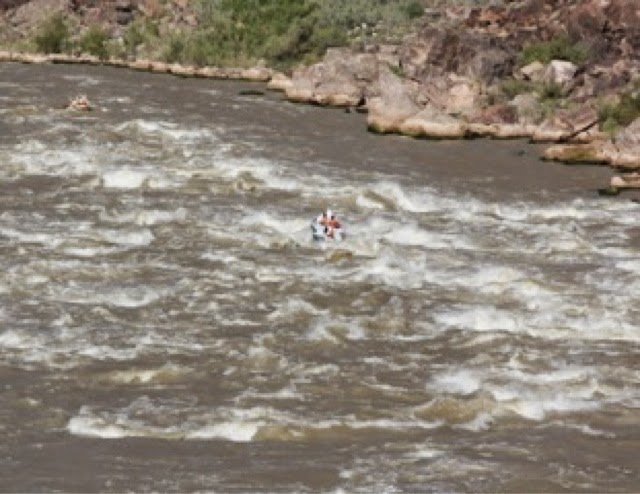 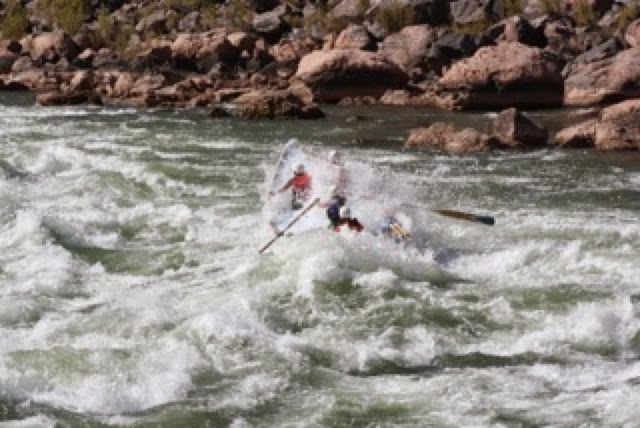 It took some effort to maintain my distance and weigh that against my desire to harness the strength of the river and gain the momentum to leave the left shoulder of the tongue, avoiding the big stuff out in the middle.

There were two clocks ticking in my head. One was a warning clock; there to remind me not to get too close and effect her run. The other was telling me I needed to push in order to stay on the plan I had devised on shore. Both clocks stopped at the same time Ote began to accelerate into the rapid. I knew at that moment I needed to modify my run. She was headed for a huge hit, where the apex of the tongue folded underneath the tail-out of the backwash from the Ledge Hole to her right. That collision would surly stall her boat and I would end up too close. I began pushing straight toward a hole to the left. Originally I only wanted that hole as a marker and would come underneath it as I left the force of the tongue. The plan was simple and quick; the impact with the hole would take my speed leaving nothing to work with but boat control to deal with everything after that. It was a calculated risk designed to separating our runs.
In the hard heartbeat that it took to push into and through the hole I could see the “Dark Canyon” meeting the maelstrom from the corner of my eye. White wrapped around her boat and as it started to pitch upward and rise it also rolled upstream. I had my own set of concerns; where dories slice, rafts must punch bluntly. Keeping both oars in the water while I cleared the hole, I then reset my angle and gave a stiff pull to avoid some boulders and shallow pour-overs straight ahead. This action set my raft into a ferry; the current pushing against the oblique angle of the tube slid me toward the middle of the river. I missed the big hit that she took, but found myself within 10 feet of her upside-down boat. When Ote appeared at the surface, her left hand snatched her floppy straw hat back to uncover her eyes as her right hand reached out to to grab the belly band rigged across the hull of the boat. I thought of a water spider as both arms and legs moved by design to get on top. Leaning over she reached for the cam buckle to release the tension on the strap. Laying back while perched on the gunnel along the edge of the boat she gave her hand to a passenger whose added weight was enough to slowly roll the boat upright. She seemed to vault back into the boat like an agile cat and immediately set to pulling her people back in. I continued to pull on the oars in order to avoid so much as touching her boat with my raft. I kept one eye on my throw rope but was sure I wouldn’t need it. Inside I was screaming, “Go, Ote, go!” over and over. I so much wanted to help, but, she had it all.
As she pulled her last guest in, it was obvious that we would come in contact. If it couldn’t be avoided, it was best to make the most of it. A right pivot would bring the broad soft portion of my right quarter in contact with her bow. One gentle nudge was all it took to change the angle of of her boat so that her momentum carried her across the eddy-line as she regained the cockpit and collected her oars. The nudge was probably imperceptible. The opportunity was there. I couldn’t resist the urge to help her, her people and her boat. I’m sure I didn’t leave a mark. It was also a little self serving; I wanted to change my angle so I could get into the same eddy. Given the water level, it was pretty spectacular that we came to rest at the foot of the springs that emanate from the mouth of Prospector Canyon where the warm water meets the river. In the course of the run we were all separate but together; one with the river.
Oneness with Another
Every once in a while Ote would take an ammo box from her dory and disappear, after supper was finished, the kitchen cleaned up and put in order. No…it wasn’t what you’re thinking. One of the boatmen explained it to me. She would slip away with the trip’s Sat-phone, with an extra battery especially for her purpose. The primary battery would never be used, as the phone was there specifically for emergency use should the need arise. I was told she used the phone to talk to her husband, Regan. I don’t think she was ever gone for more than 17 minutes, or that she would ever put our means of communication in jeopardy.
One night I passed close by, looking for my own place for solitude. I didn’t eaves-drop, nor could I hear the words. But, the tone of the conversation was clear. It sounded as if the she were down at the corner market and just checking in before heading to the house.

Of all the distinct impressions Ote made on me, this was the sweetest of all. It illustrated, not necessarily love and devotion, but an attachment; a oneness with another person.

A Oneness Shared
I was just a lowly volunteer baggage boatman, unpaid. But, what an honor to run with a Grand Canyon Dories trip. You can’t put a price tag on that. I did work hard to make a good impression, though I was told that I worked more than was expected for someone in my position. I brushed it off by saying, “I’m part of the trip, I know the things that need to be done, and by doing that I feel more like a part of the trip.” Bruce just put up his hands in surrender and said, “carry on,” and walked away.
Half truth, I made it kind of a game: to avoid being playfully admonished by Ote, as she did from time to with others, saying, “you’ll never see whitewater again!” She also made me laugh with her rhetorical question, “What to Hell?” And, she never asked of me. To this day, I don’t think she knew what a deep and lasting impression she made on me. She didn’t do so with knowledge or intention. She was simply being herself. By being the one, Ote Dale.
Ote Dale currently resides in Kanab, Utah, where she practices her water-color art and yoga instruction while taking a break from the river. When I first sat down to write this, I wanted to let her know that I was going to do so first. A mutual friend gave me a way to contact her. (Small world, made even smaller by Dirt Bag Paddlers.) Of course I didn’t need her permission as I was writing from my own memories, but I respect a person’s privacy. She was very gracious and provided the pictures that appear with the article. She was also very humble: “I don’t know how my meager career as a river guide can help you.” Some people in my life have made meager contributions to the person I want to be. Even meager contributions can have a profound effect.
After I finished this, I sent her a copy. She approved and now I am the one who is humbled. I think it may also have jarred her memory of me and that fateful day at Lava. That may have been the last time she had flipped on the Colorado, before 2014. She related the story to me. Running without passengers due to the low flow, Hance and the wind ganged up on her. After 40 years, she has decided to hang up the oars (at least commercially). I have no doubt the river has not seen the last of her.
Kids, that’s a pretty impressive record in my book. So with that, I hearby dub her a True Q (A Dirt Bag Queen of the highest order). Thank you, Ote, you are the One. 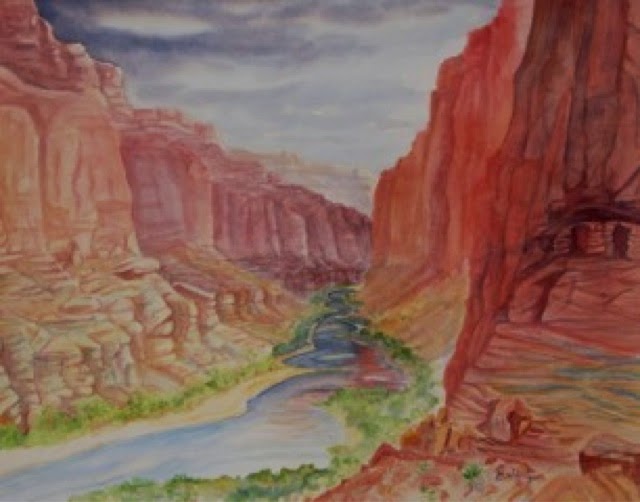 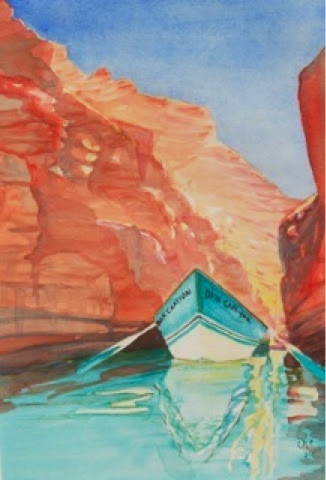 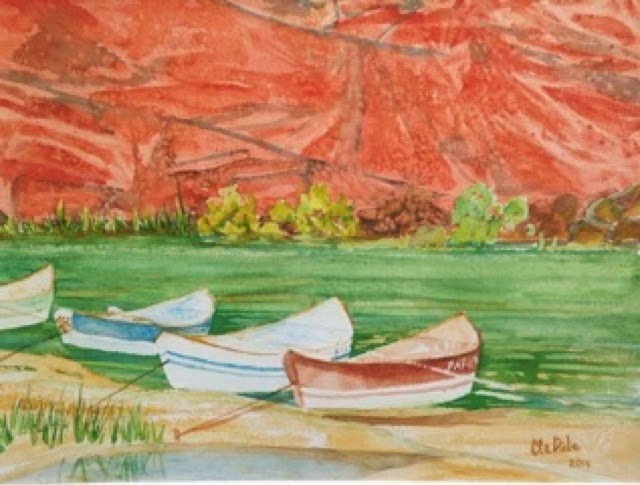 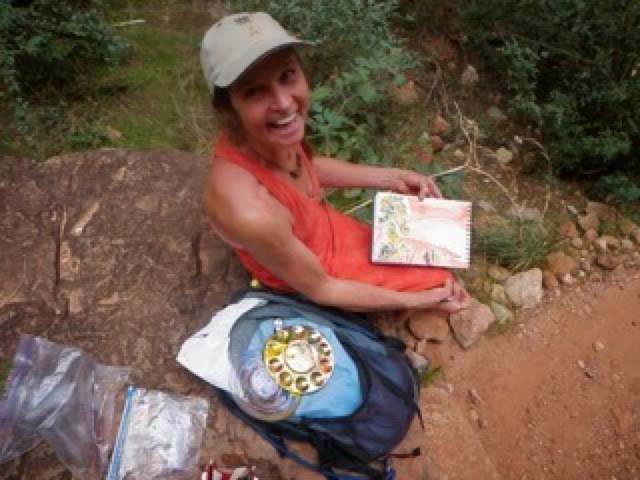 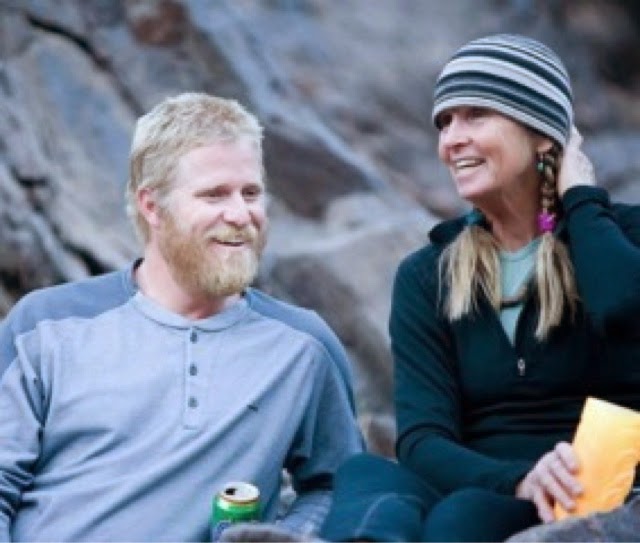 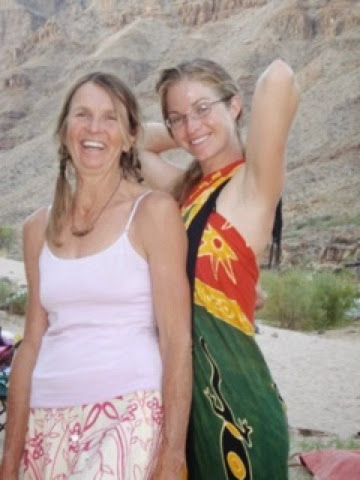 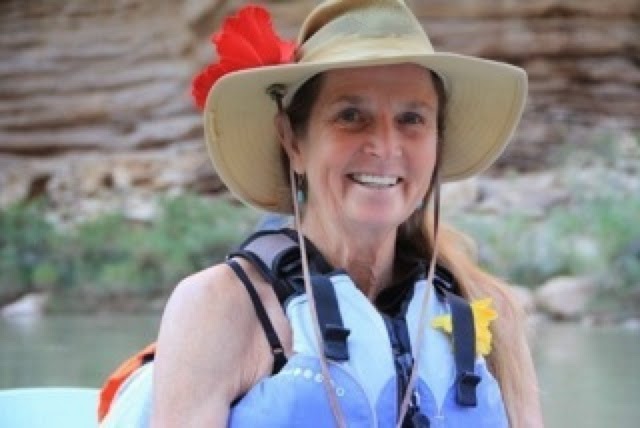 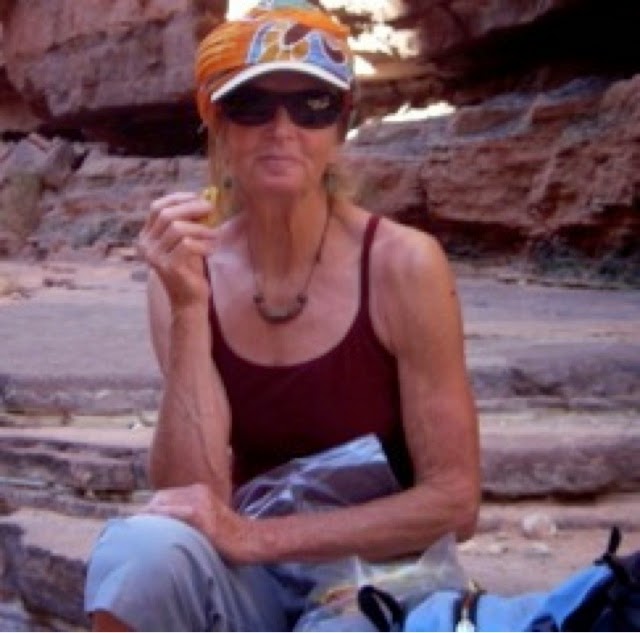