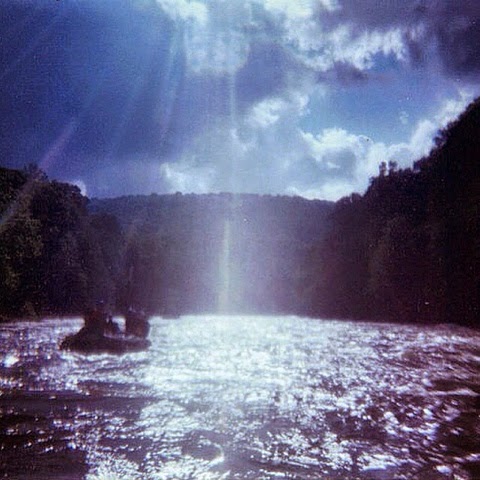 Yesterday I learned that two paddlers had lost their lives on the river, on opposite sides of the globe. Once again the pangs of loss color our sport and cause us to reflect on what it is we do and how we carry it out in pursuit of fun. We dirtbags construct our entire lives on these foundations. Our friends whom we have lost are owed this moment of reflection, and perhaps these words will council those who will follow us in years to come.
The sharp edge of our sport is oh so sharp, and the moment comes quickly. I’ve had more than one friend think “this is it…” only to live. I feel three assumptions lead us to the precipice. One: that paddling with my people makes it safe. On closer reflection we must all realize how quickly life is lost. Although we have all seen lives saved, most often we are operating in spaces where help would come too late in time of trouble. Two: that risks exist only in the higher levels of our sport. Nonsense. Class III kills. The River is a fluid being, and the changes that cause death can occur anywhere. Three: that we can perceive death ahead and adjust accordingly. Like a bullet fired by the sniper, it can come much more quickly than that. We can’t always duck the danger.
Two of my closest dirtbags have lost MANY amigos between them. One is an experienced paddler who has worked for many years in commercial rafting. He has made friends around the world, and paddled many of the biggest and best rivers. The Gauley, New, Colorado, Cheoah, and Nantahala rivers have all been his home. One would figure that after decades of boating, death would visit his sphere eventually. The other is a young kayaker just barely 20. He and his friends send gnarly stouts and push the envelope of our sport. So young, but he too has lost many friends, and his friends’ friends add even more to the list. Again, outsiders to our world may say, sure, but they do dangerous things! Still, it is tough to swallow, too much today…
I myself escaped an undercut by no real skill of my own other than not panicking. The river released me. It developed very quickly. We flipped a raft in a Class IV rapid , Heaven Help You (the irony wasn’t lost on us…) on the Lower Gauley, rafting with a flotilla of raft guides a few years back with the river cranking at 7500 cfs. I was with a stout crew of top rank dirtbags when I escaped death’s grip. None of them could have done a thing for me in my time of need. In fact, three of us were swept through the undercuts, and my good friend also almost drowned. He was shook up so bad that he had “the look” the rest of the trip. We cheated Class V Pure Screaming Hell (again, the juxtaposition wasn’t missed) at the end. Just didn’t have the desire to go for it…
I also saved a young girl last year while safety boating on the Peshtigo River. It happened very quickly. Our trip of roughly seventy five duckies had pulled over at the bottom of our hardest rapid. Scanning the trip, I saw we were all set to go, and called for everyone to follow me. Just then, this young girl jumped out of her boat so she could wait for her dad. I turn back to see what I thought was a swimmer 20 feet ahead of me, and set off to scoop her up, realizing a few strokes in that something was wrong… She was yelling, “My foot’s stuck! My foot’s stuck!” She was in swift moving Class II boogie water that was chest deep on me, but chin deep on her. I was able to jump out from my IK and secure her almost immediately, but within a few moments she was already getting beaten. The whole trip was barreling down on us, and I flipped multiple boats off of us as our unskilled customers jostled and struggled by and over us. As I held her up and gave orders to get a line across the river, I walked her upstream and the leg came loose. The entire event took less than a minute. I illustrate this story to show that Class II water can kill, and the difference between rescue and death is as much chance as anything else. What if that would have happened one minute later?
Doug Ammons has also written about safety, and it is an illusion many times. He points out that our friends offer only an illusion of safety, and may also increase the risks we take on based on a combination of false security and ego driven one-ups-manship. The paradigm of solo boating being evil was the context in which he wrote of, but it applies equally well here. All of these losses, the most recent as well as the boaters over the last year, were in the company of extremely skilled close friends.
I say all this only to remind us all to be cautious. Now is an appropriate time, as most of us prepare to embark on another great season of boating, to reflect and put everything in proper perspective. Play safe my friends. Make choices based on soulboating and not egoboating. Love your friends and family. Cherish life. Shed tears for our loved ones lost. Tell their stories. Never forget.

One reply on “THE SHARP EDGE by “Chicago” Toughill”

An enjoy the scenery along the way.