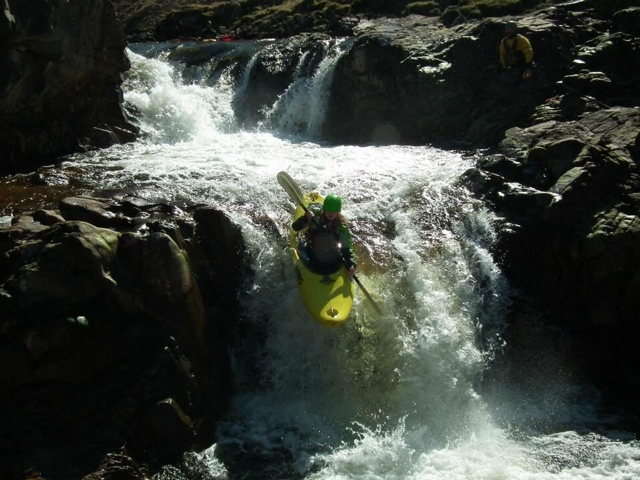 Since I can remember I’ve suffered with panic attacks and anxiety. This year they got significantly worse, and in April I finally went to my GP for help. This was when I got diagnosed with panic disorder, anxiety and a form of depression. Anxiety is a feeling of intense worry and unease and can cause panic attacks. One in ten people will have panic attacks, occasionally triggered by a particularly stressful event. Panic disorder is when a person regularly has panic attacks, which affects roughly one in fifty people. A panic attack happens because your body goes into “fight or flight” mode and can cause raised heart rate, difficulty in breathing, sweating, nausea, shaking, numbness in hands and feet, crying, and a feeling of dread. To me, it feels like my chest tightens and my heart is going to explode. My muscles go stiff and my brain and my lungs get an overwhelming feeling of drowning. In a particularly bad period I can around have ten in a day.
I’m sure it doesn’t take a genius to work out the problem with having a feeling of drowning and being in a tiny plastic boat on a great big rapid… 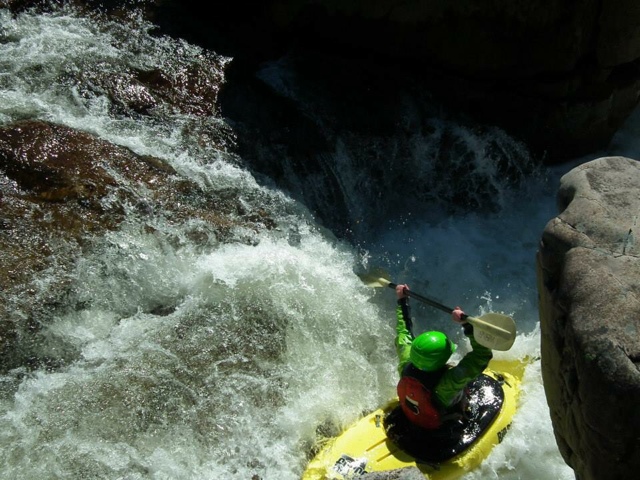 Everyone gets anxious on a river at some point and there are a lot of ways to calm yourself down. Many people will try to get a song in their head before they paddle. I like to sing as I go down the river but I can’t really recommend that because people get annoyed, and you have to turn the microphone off on your Gopro. Rocking your boat side to side with your hips on flat sections is also very useful for keeping yourself from tensing up and becoming rigid and more sensitive to bumps. If you can, the best thing to do is soldier on through. It probably won’t be even half as scary once you’re half way down the rapid. However, in some cases I’ve had a day where my head isn’t playing fair and I’ve had a panic attack and been unable to calm down and had more and more. These days I think it’s better to get off the river and leave the battle for when you’re more up for the battle. The river will always be there another day and it’s not worth scaring yourself out of paddling.
Why do I do it then? I started paddling in a club five years ago when I was 12 and yes, at the start I was very reluctant to try paddling at all, but I was thrown into a boat and haven’t looked back since. Paddling, of many types, has been a big part of my life since then. About 2 years ago I got into white water kayaking and there’s no reason anyone should have to give it up with all the help available. 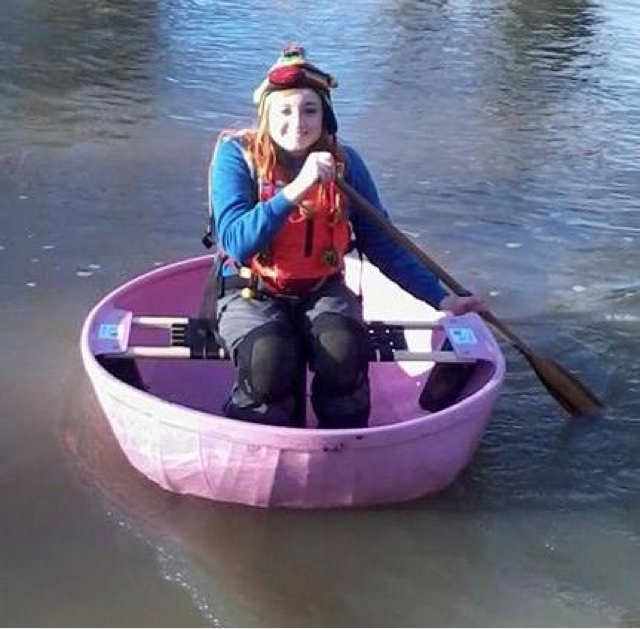 {EDITOR’S NOTE: Storme is one of our young DBP Admins for the Dirt Bag Paddlers Facebook page, representing out of the United Kingdom. We think she’s pretty awesome for sharing about her difficulties! As you can see by her photos, this young huckster is willing and able to send some nice drops. THAT would be considered fearless by the other 99% of the world who stick to the river bank. The shots of her in the kayak are from Scotland. Storme paddles a mean coracle as well! Look for more articles in the future from her! Cheers!}