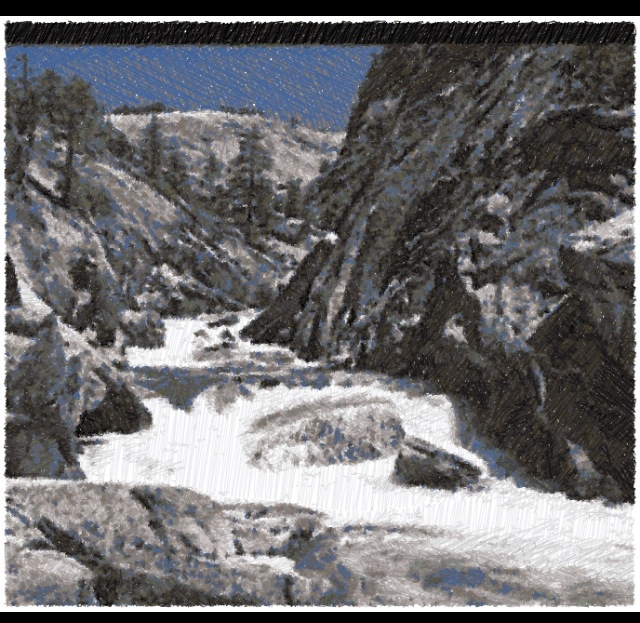 There are fewer and fewer places in the world that are left to explore.  Most of the land has experienced the footprint of human travel. One of the few places that we have difficulty investigating is the realm of water. It is true we know more about the moon than the oceans. With the advancement of skills, technology and government permission, two people have narrowed that gap of unexplored water.  More along the lines of rivers than oceans, but they are all connected.
The two people I speak of are Pat Keller and Steve Fisher. The river I am talking about is the Merced River in Yosemite National Park. These two guys have run more first descents than rivers I can name. They have pushed the envelope so hard you don’t even recognize it as an envelope anymore. I have had the pleasure of talking with both of them, and I can attest to their love of the sport they excel so well in. I haven’t spoken with Mr. Fisher about this latest epic run, but I did get a chance to chat with Pat regarding this never before paddled stretch of virgin whitewater. 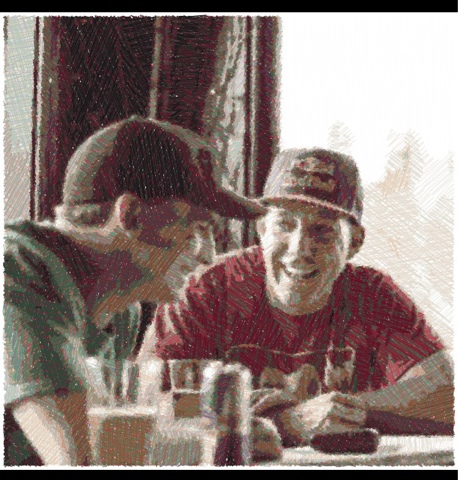 One would think that any conversation with this guy would lead straight to this or any one of his unbelievable adventures. Not the case. In fact, I noticed when talking with Pat that he is one of the most grounded and humble persons you could find. You have to pry open the topic you wish to discuss, but when you do he is a 90’ waterfall spewing more information than you could ever dream of. When I brought up the Merced with Pat he was off. His version went something like this;
It (first descents) is something you never tire of. They are all special. Some involve more risk than others, but they all require you to incorporate every skill you have developed and honed all your life.
When Steve and Pat teamed up to run this river it was not a “show up and conquer” type of trip; it was months of planning, looking at Google earth, working with American Whitewater to help gain permits, finding the right crew to record the trip, finding the right window for the river level to be just perfect.  It took time, patience, and the desire to do what no one has done before, something this duo is familiar with. 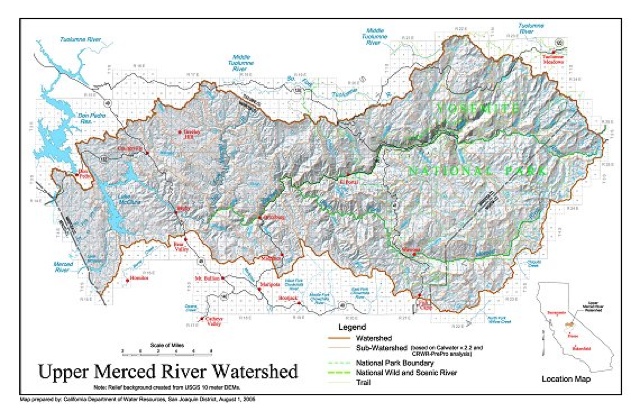 Having a well established trail along the river was crucial to scouting the rapids and potential hazards. Using the routes to their advantage, they could visit the area at different times to judge the river’s character and get some insight as to its flow at differing levels. The key would be waiting for the warmer weather to come and liquify the snowpack on the mountains. Being that the winter had recorded a record low for snowfall, the team had no idea how this would come into play. Would there be a fast melt, causing a quick spike then drop, or would the melt produce just the right amount of water to provide the perfect run? These were questions they could only answer through their own discoveries.
Starting in the low valley in an attempt to avoid the worst of the snow, the team spent three days exploring the river and surrounding area. The time was spent looking for clues that might help reveal how accurate their assumptions from studying the maps and Google earth had been. Hiking all the way to Merced Lake allowed them the opportunity to scout some of the larger rapids along the route. During this time they had a chance to lay eyes on the major and minor tributaries that feed the river and lake, all important factors when calculating potential flow. They also gained a wealth of knowledge about the area as far as where to send the ground crew who would be following and filming this for the first time. Not only was this the first run, but also the first permit issued for such a trip and the first for the crew. No one had ever been there for anything like this and they didn’t want to miss one shot. The film crew had to know where to be and when. They would need to be both ahead of the kayaks and
then stay behind to capture the feeling and desired frames. Not unlike a yo-yo, they traveled swiftly down trail following the boaters, setting up and breaking down, over and over, again and again. Their time was limited and every shot counted. The crew and the paddlers had to be in sync with one another.
Finding a rhythm and keeping the beat would be the only way all these moving parts could maintain a good pace while making distance and time. All this time and research was still in the air as the permit had yet to be finalized. Within a few days the melt began and the permit was issued. Then without much warning it snowed again. This time it was a heavy snow. The two decided to go and camp by the lake and watch to see how the river would react. With time beginning to stack against them they knew it would have to happen soon.
The last night before the run was to begin, the sky opened up and rain poured out. With all the snow and now rain the two men knew it would be a recipe for raging high water. They set up a makeshift gauge by stabbing a stick into the ground the night before. To their surprise the river had actually dropped a bit overnight. It was on!
They spent their time sharing the experience. One would go, then the other, giving each the chance to be first, knowing the whole time that everything they would be doing would be a first. Doing something that no one has ever done has to give you a feeling similar to the great explorers. To look at a river for so long, something you put so much time and energy into, and then to actually do it, and do it well, is the ultimate reward. As I said before, they didn’t come to conquer but to worship. To work with the river and alongside the rocks, taking in the nature and the geology of the area while testing not only yourself but your crew and equipment. Allowing you to be both focused and lost at the same time. There aren’t too many chances to complete such a task, so if you’re thinking about it you best get to getting. These guys have a solid head start on you… and there are only so many rivers left unrun.


All six episodes of BEYOND ADVENTURE: LOST VALLEY OF THE MERCED