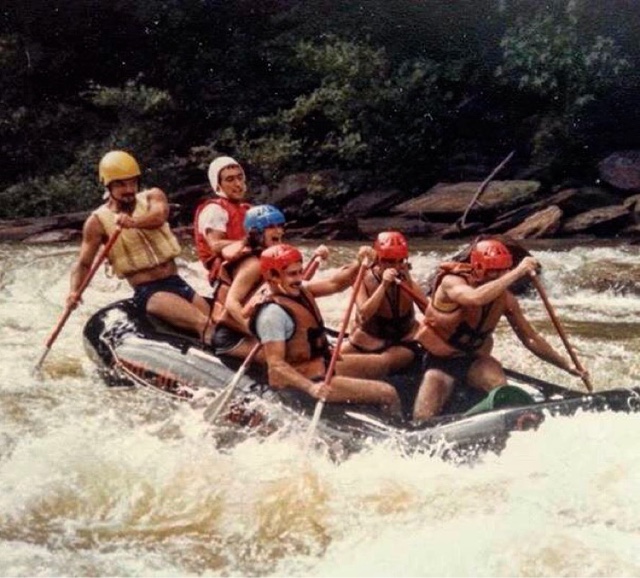 Some people, just by force of their basic nature, have a tendency to react to some of the ideals set forth by this group with a call for nihilism and anarchy.

River guides are actually one of the most diverse groups of people you could find among any one profession. Because for them to live a free and easy lifestyle often leads to being labeled as non-conformists. Prejudice also tends to pigeon-hole them as rebels and misfits.

For many, guiding is just a short stop on the long path of life; for most it has a tendency to influence the way that they walk that path from that point forward. From that community have come doctors, lawyers, investment bankers, engineers, social workers, artists, musicians, even a Prime Minister. Ask them and they will tell you that their experiences on and around the river had a positive impact on their life.

A wolf howling in the night is assumed to be a lone, solitary creature, dangerous and destructive. Yet, researchers have proven that they are very social and caring animals. They are strong, graceful and very attentive to their community. Though they nay be predators, for the most part they take small game. But, when food sources are lean, they band together and become a highly coordinated and formidable team to take down larger prey. For them this is not a destructive game, but a means of survival. Their spoils are shared among the group, both the young and old, from the Alpha to the pup.

There are some whose comments to the group at first appear to be dismissive and negative; though if they are thoughtful and passionate, there are useful and constructive terms in their words. We encourage everyone’s contribution to the pack.

EDITOR’S NOTE: Kevin “Taz” Riggs is an Associate Editor of DBP MAGAZINE ONLINE and senior Admin at Dirt Bag Paddlers. He’s a 30 year professional boatman on such classics as the New and Gauley Rivers, Grand Canyon, Bio-Bio, and the Cheoah, among many others. This piece was written in response to remarks made in the RAFTGUIDE UNION DISCUSSION.

0 replies on “WELCOME TO THE WOLF PACK ~ by Taz Riggs”

The cover photo must have been a Guide check out run… Unless it took 2 NOC guides to get a bucket boat down Double Trouble in the olden days.