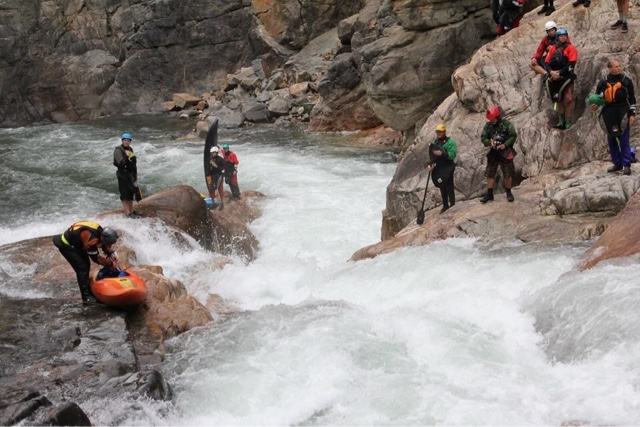 To get a feel for what Broken Paddle Productions, look at their Facebook page. “Follow Cooper Fitch and Calvin Bauer,” it reads, “as they give updates on all their adventures and misadventures past, present, and to come! Be proud to be a beater!” The description continues, “We’re just two college student who like to go boating and make videos of it. Unfortunately, we are kind of weekend warriors. But we like to charge when we can!” DBP MAGAZINE ONLINE asked the boys to introduce themselves. 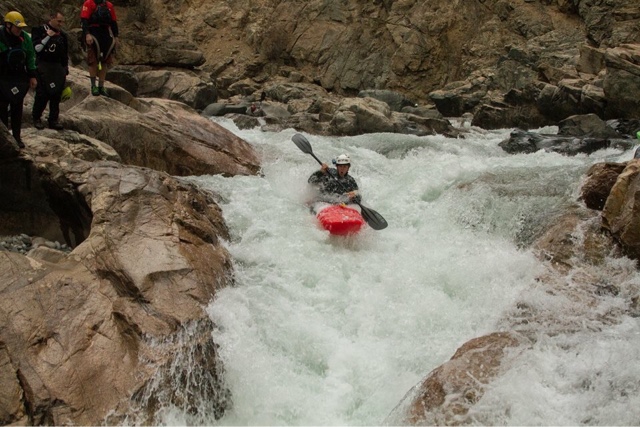 CALVIN ON THE CHELAN GORGE

Calvin: “My infatuation with water started from a young age. I grew up around the Shenandoah and Potomac rivers and was taught to kayak by my Uncle Max and Aunt Crys. I first learned how to canoe, then began to raft guide. This evolved into taking duckies down the river, then finally Max gave me a kayak and I’ve been hooked ever since.” 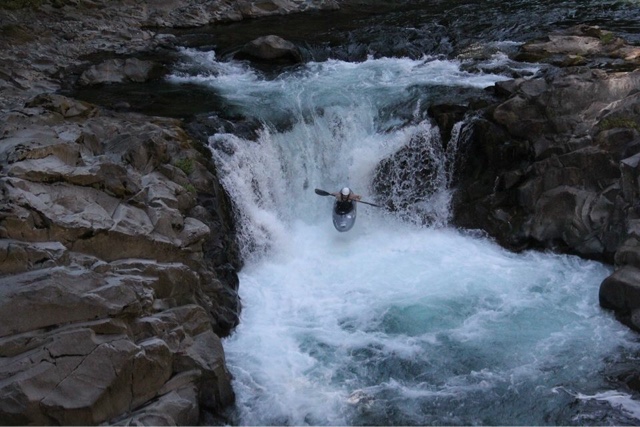 Cooper: “I’ve always loved water. My dad started kayaking in the early 2000’s, buying a used RPM and heading to the local river, the Mollala. When I was about eight years old my dad tried to get me into the sport. I had a bad experience, being unable to pull my skirt, and I quit until I was 16. I fell in love and hit it as hard as I could. I boated as much as I could  while going to highschool while still playing baseball. After a year I was starting to move into Class 4, when I met Max Blackburn by chance on the East Fork of the Lewis. Since then, he has played a big part in my development, helping me move more into class 5 whitewater. I’ve built up my kit over the past three and a half years, and I’ve finally gotten to the point where I have almost all the gear that I want, so I’m stoked!”
I asked about the philosophy behind Broken Paddle Productions, and their goals moving forward. “We really have made a point to do our own thing. We met the day before our first day of college when our kayak club organized a trip to the local play run. From there we came together as friends and boating buddies…many shenanigans occurred. After Christmas break we came back with a fire to make our own videos, to show people how much fun we were having.”
“We’ve never worried too much about popularity and doing what everyone else is doing,” Cooper continued. “We actually have a series on our Facebook where we post all of our beatery clips. It’s good fun! We’re going to just keep going kayaking and making our silly little videos. We’re just a couple of normal dudes who most people would say go kayaking too much. No matter what, though, we’re going to keep kayaking. And we’re going to keep having an awesome time doing it with our friends. That’s our philosophy in a nutshell.” 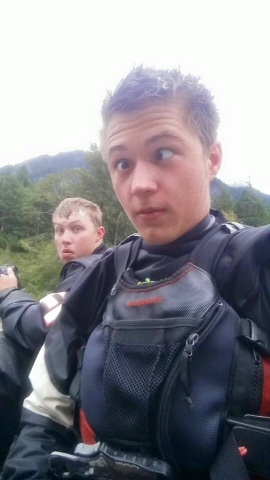 “As far as goals go, it’s pretty simple. We just want to continue to cultivate our love for the river, and hopefully keep going kayaking. We don’t have an agenda; we aren’t trying to get sponsored; we just like to go kayaking. Well, it’s pretty cool when somebody recognizes you and says they like your videos.” Indeed! It’s fun to follow these young dirtbags on their adventures, and we look for more entertainment to come.
Here’s some links from the Broken Paddle Productions pages and videos that we’d like to highlight:
Facebook Page: Our Facebook page is where we post almost anything that we’re doing.
https://www.facebook.com/BrokenPaddleProductions/
Vimeo Page: Where we upload most videos.
https://vimeo.com/user37069784
Our 2015 Highlight Reel: Our highlight reel from the last year. We actually only started in February of 2015.
https://vimeo.com/153579515
Our First “A Good Tuesday”: I just really like this video.
https://www.facebook.com/BrokenPaddleProductions/videos/vb.780276732054666/882112388537766/?type=2&permPage=1
Chelan Gorge Video: Our video from the Chelan Gorge release this past September. Super cool event organized by Dan Patrinellis and American Whitewater!
https://vimeo.com/145214997
September in the Northwest Video: A highlight reel of a dry month boating in the northwest!
https://vimeo.com/143349214
My Instagram: My personal instagram, where I post a lot of photos that don’t make it to the Facebook page. (Cooper Fitch)
https://www.instagram.com/cooperfitch/
Like the article? Help us out! We want to keep bringing you the best paddling features and news.
Share
Tweet
Pin
0 Shares

WHY ENCOURAGING FEMALES INTO RAFTING IS A TERRIBLE IDEA. by AdamPiggott.