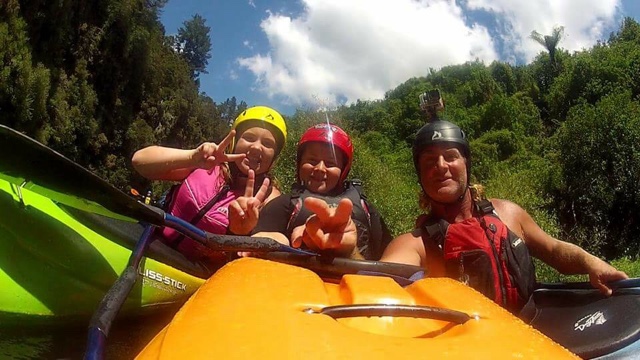 Aotearoa, New Zealand has been my home for the last 34 years, and in that time I have paddled a lot of rivers, ranging from Class 1 through Class 5. I grew up in California and moved to NZ at the age of 15. I have great memories from every river trip I have ever been on, but the one river that remains my favourite has to be the Rangitaiki River below Aniwhenua Falls, in the Bay of Plenty region of the North Island.
This run offers something for everyone, with consistent class 2-2+ rapids over its 45 minute journey, allowing 2 to 4 laps in a single day. You can get into the river two ways: lower your boats 50ft over the power station wall or paddle the 28ft Aniwhenua Falls itself. 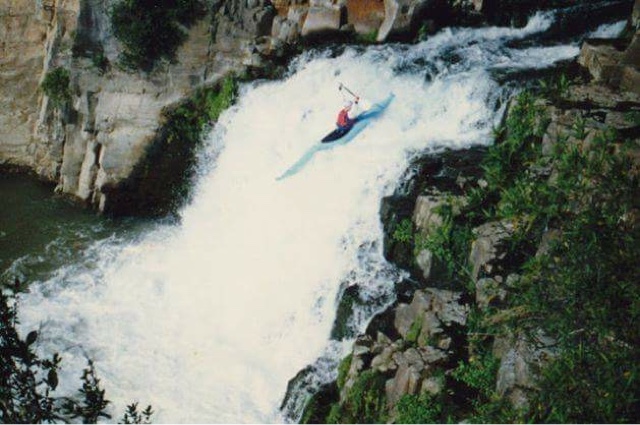 Lee back in 1988 going over Aniwhenua Falls for the first time
This section of river has been a huge training ground for both my children, with Gage kayaking it since he was 7 years old. The biggest rapid on the run is seven minutes downstream from the get in and is our family favourite. Wave Train Rapid is just that and the higher the flow the bigger the waves. 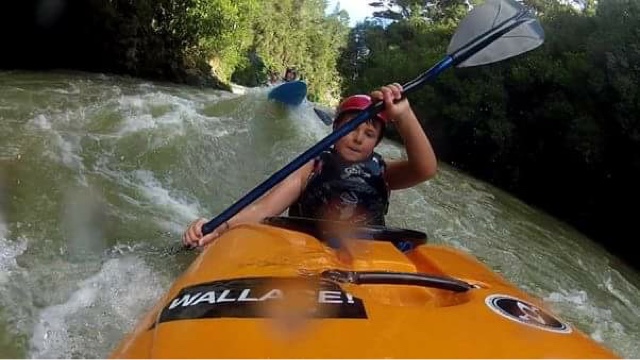 Wave Train Rapid
The other highlight besides the amazing scenery is the Play Wave, and like Wave Train rapid, the higher the flow the better the wave is. 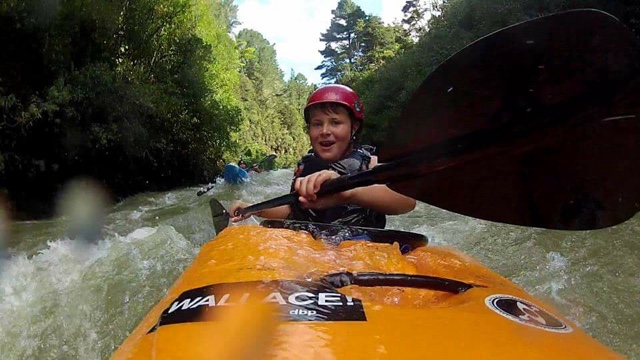 Play wave
As this section is very family friendly, it is a great place to bring the entire family, and for those that don’t paddle, they can enjoy  amenities at the free camping ground on Lake Aniwhenua.
The first time I paddled this river I was 21 and we had been paddling the class 3-4 section well upstream of what I have just described above for two days. Someone mentioned that before we head home we should go paddle Aniwhenua Falls. Feeling invincible after paddling grade 4 all weekend, the three of us who had never seen or heard of Aniwhenua Falls all said, “HELL YES, LET’S  GO!” After a 45 minute drive, we arrived and as soon as the car doors opened I could hear the roar of water. At that point my heart beat increased and as everyone ran off to have a look, I was wondering how invincible I actually was. Upon seeing the falls, I felt my stomach churn and I looked at the other two who had never seen it before either. They both looked as pale as I felt.
As the boats came off the roof racks, we all had to disappear for a nervous one and all three of us were grateful that there was a toilet block right next to the waterfall. I don’t know why this toilet was built next to a waterfall, but I could only think that a paddler from years ago felt the same way we did and encouraged the council to build one there.
One by one everyone went off until it was only the three of us left to go. I sat in the pool above for a good ten minutes deciding what to do, and I finally said, “F*ck-it, if I’m gonna die, it might as well be at something I love”. Well, my trusty Dancer and I negotiated the narrow channel to the drop and over we went.  As I looked up from the bottom, I realised I had just done my first waterfall and that I wanted to do it again. I dragged my boat up three more times and realised I had found another love for the river. From that day, we were on the lookout for running more waterfalls. Two years later I paddled Huka Falls.
https://www.youtube.com/watch?v=DE2qJiNGq4o
https://www.youtube.com/watch?v=5rbe2HEwFDQ
https://www.youtube.com/watch?v=IYb1p0_Sd5k 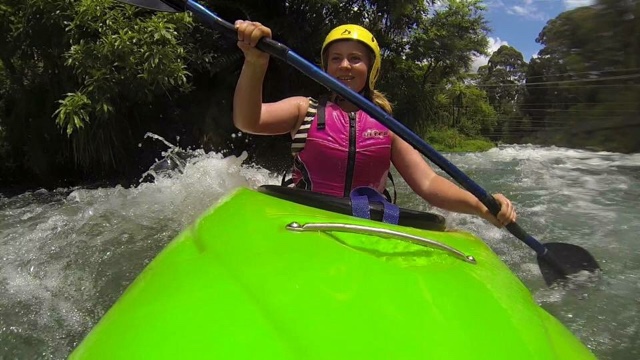 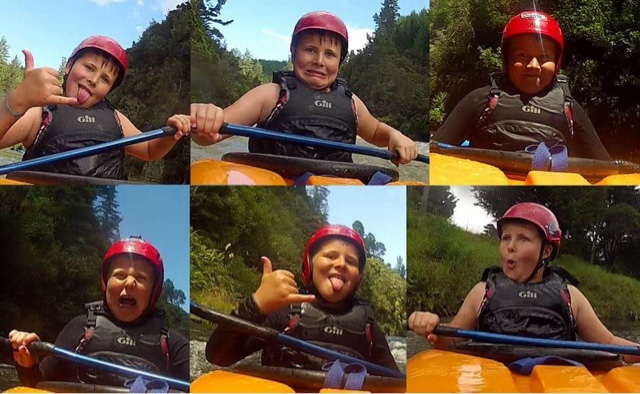 Gump!
EDITOR’S NOTE: Dad Lee Laughton is a longtime DBP Admin on our Facebook page and member of our staff here at the Magazine. He is raising two young dirtbags who have the same love of and respect for the River as their Father. Gage is a charismatic young paddler with a bright future ahead of him, who has been recognized by his local representative. His older sister Darcie also tackles the rapids, but the Laughton men will be the first to tell you that she is the creative mind behind Gage’s popular posts, working all the cameras to get the best shots, and helping Dad with the editing. The three of them make a great team! Check out Gage’s (or Gump, as he’s known to his family and friends) Facebook page and give the Laughtons some love! One Love One River, that’s the Dirtbag Philosophy!
https://m.facebook.com/GFLaughton/