FROM THE EDITOR’S DESK:

Once again we wrap up another month by bringing you a photo spread from our Admins around the #DBWorld! As another glorious summer fades into autumn we look back at all the fun we’ve had… Enjoy! 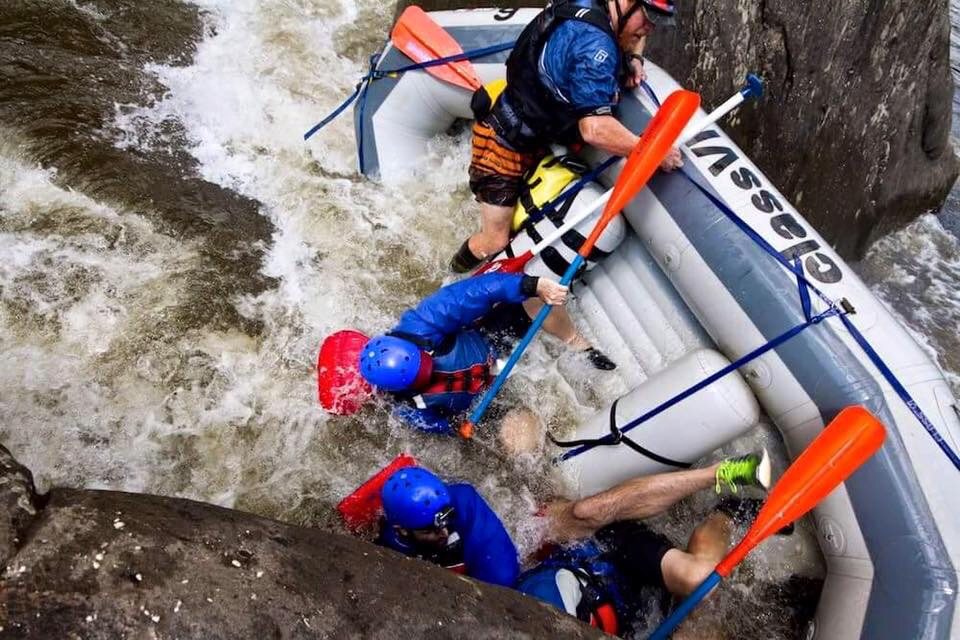 September is for Gauley Season, and Linc Stallings is back again in West By God. Even though this particular shot isn’t from this year, we had to feature it after the “Tube Grabber” controversy from Gauley Fest with Aaron Erdrich… #WALLACE! 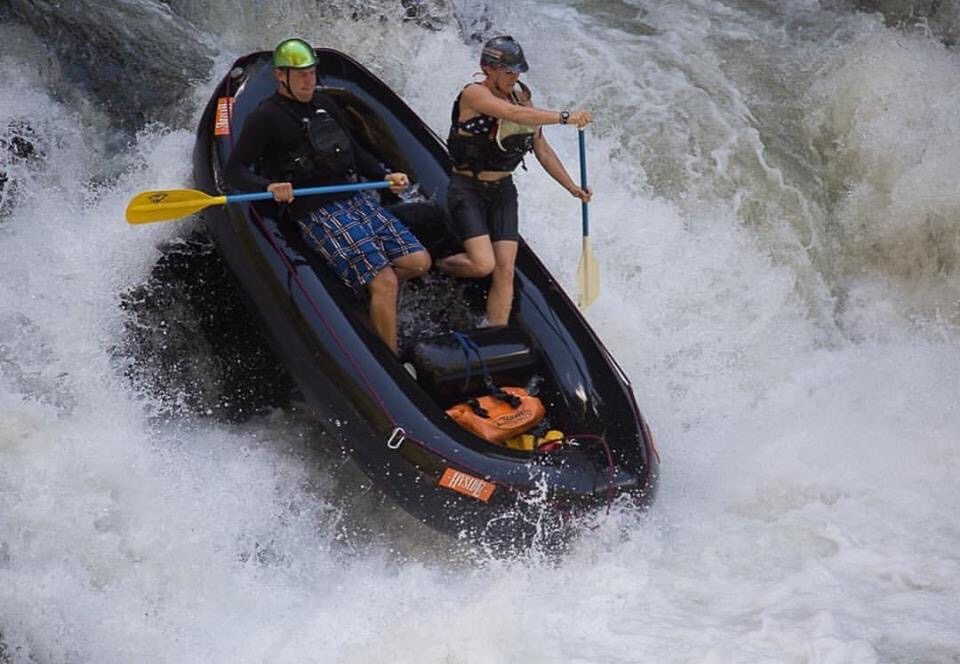 Here’s AE the week after Gauley Fest running the Horns of God on the Nantahala Cascades. No tube grabbing there! 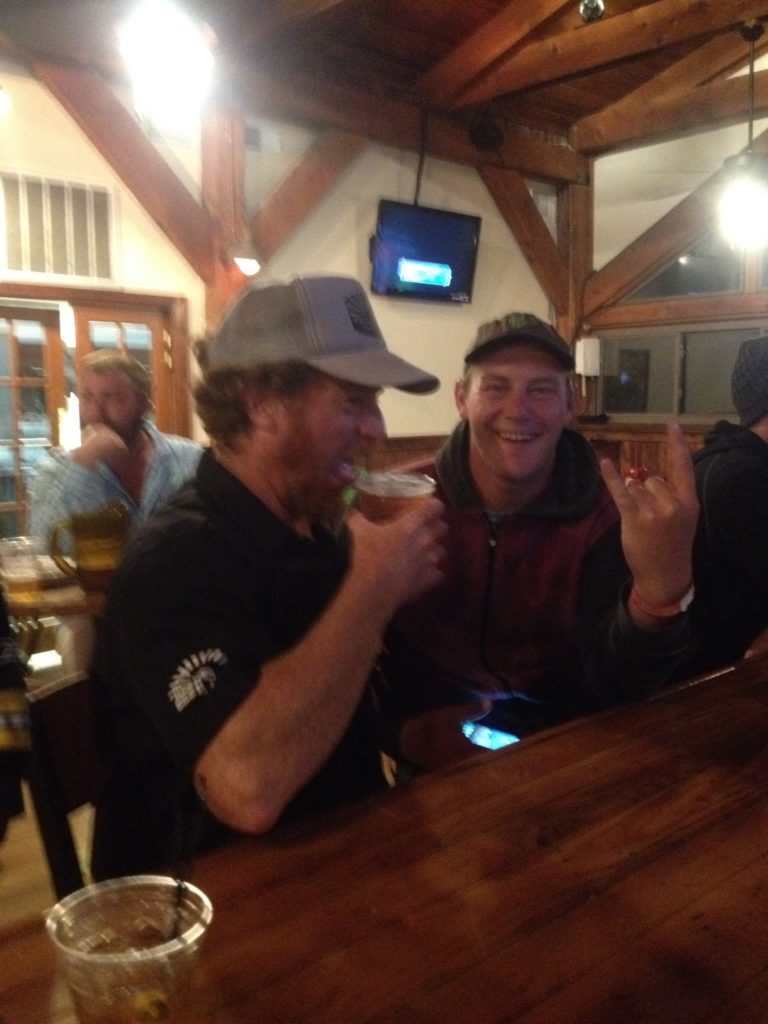 Tucker Wright spent every weekend road tripping to the Gauley to rally with friends and kayak one of the best rivers in world! These faces tell you all you need to know!

Kelly Gladen and her crew scored a sweet Pillow ride on the Gauley, one of many sweet rides she’s had this month… When not Wallacing! 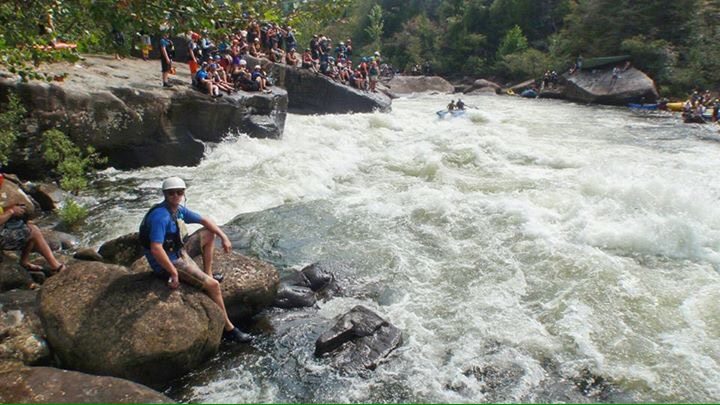 Mike Keller took a break from boating to soak up a moment of the ambiance at Pillow Rock during Gauley Fest. This is one of the most amazing places to reflect on the joyous lifestyle we lead. Don’t forget to stop every here and there and enjoy where dirtbaggin’ will take you! 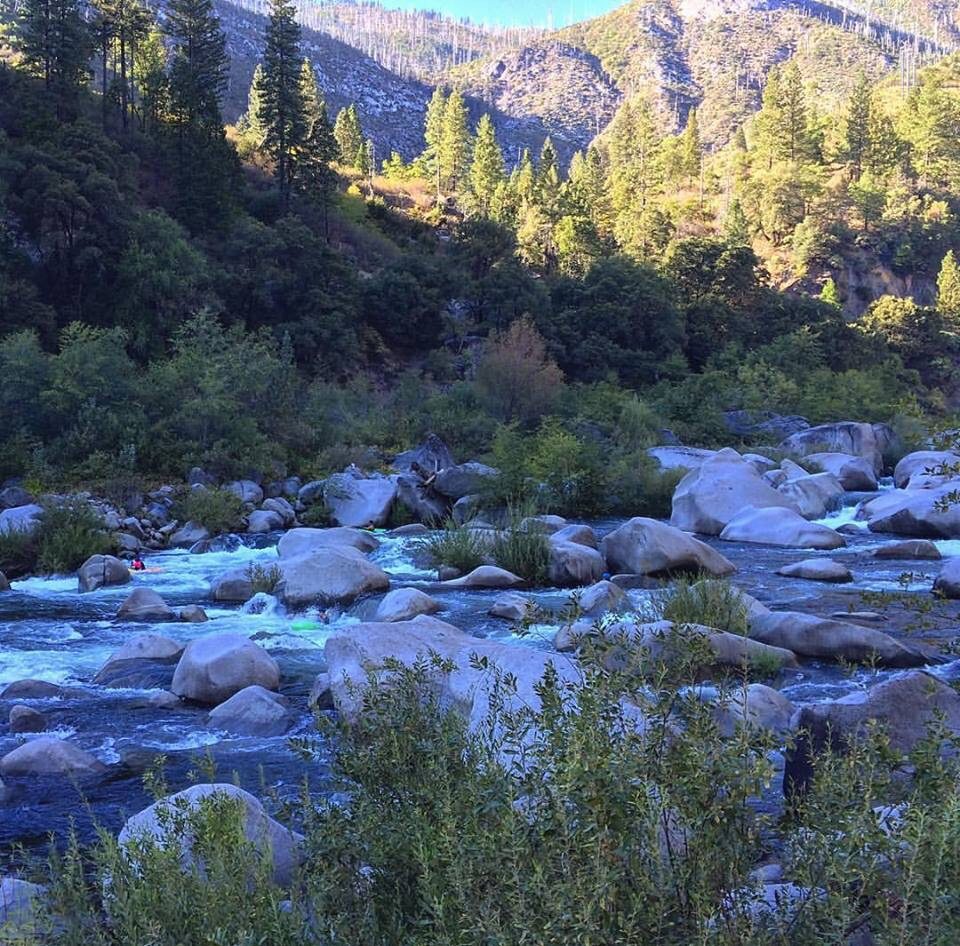 September is also Feather Fest time out in California. Clinton Begley made the trip, coming back with this shot, as well as a report that will run here in October. Here’s a sneak peek: “The North Fork of the Feather River is a truly exceptional stretch of whitewater. This shot is looking at the class -IV run out below one of the steeper pitches of the IV+/V Tobin section. If you look closely you can see a few kayakers dwarfed beneath truck and house sized boulders.” 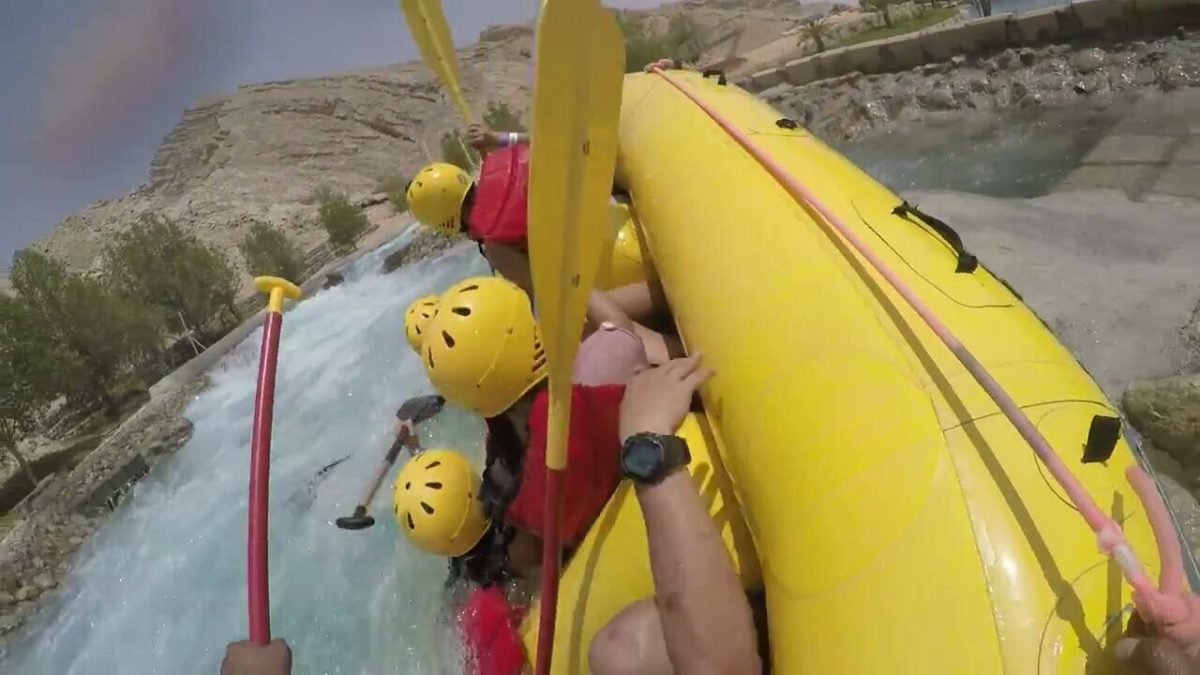 Deepak Rana served up the Wallace to his paying custys in the Desert! Whitewater rafting is magic at Wadi Adventure in the United Arab Emirates. 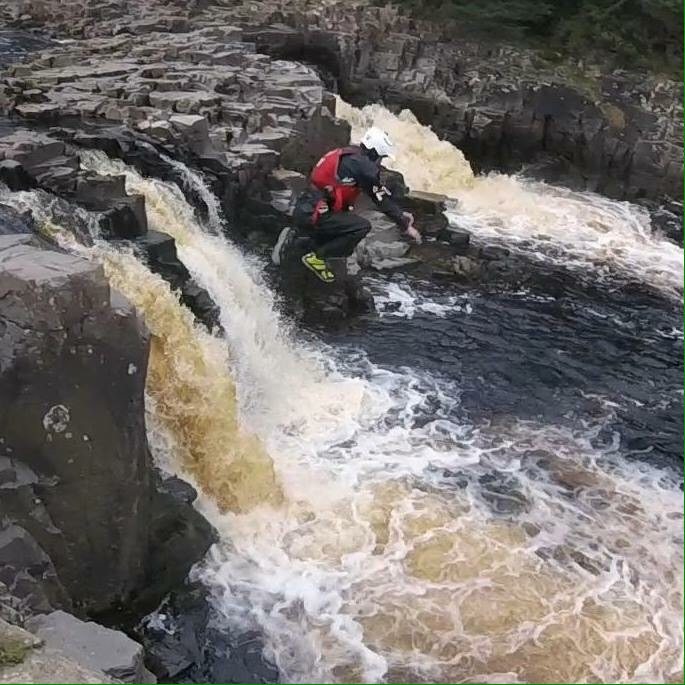 In the UK, Chris Macdonald didn’t even require his kayak to send Low Force! Who needs a piece of plastic to Dirtbag anyhow? 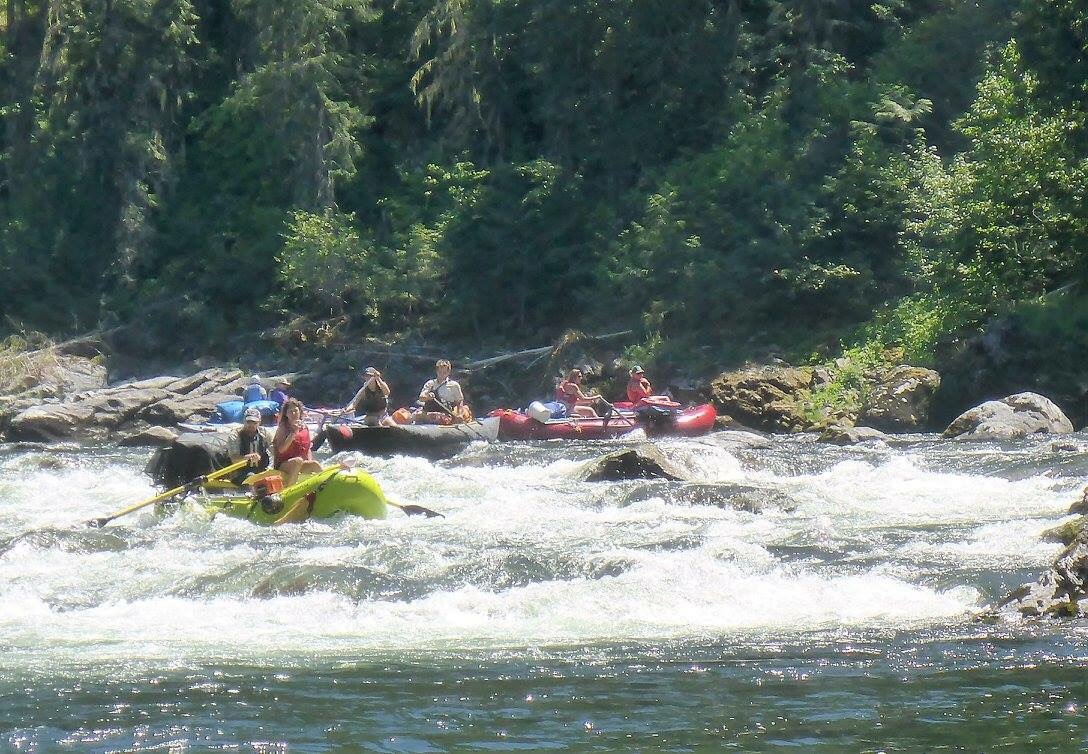 Renee Zettle got out of the office at Cascade River Gear to score some river time with friends, on an oar-rigged Maravia raft on the low water Selway River in Idaho. All work and no play is no good for a Dirtbag, even when you work at an awesome outfitter! 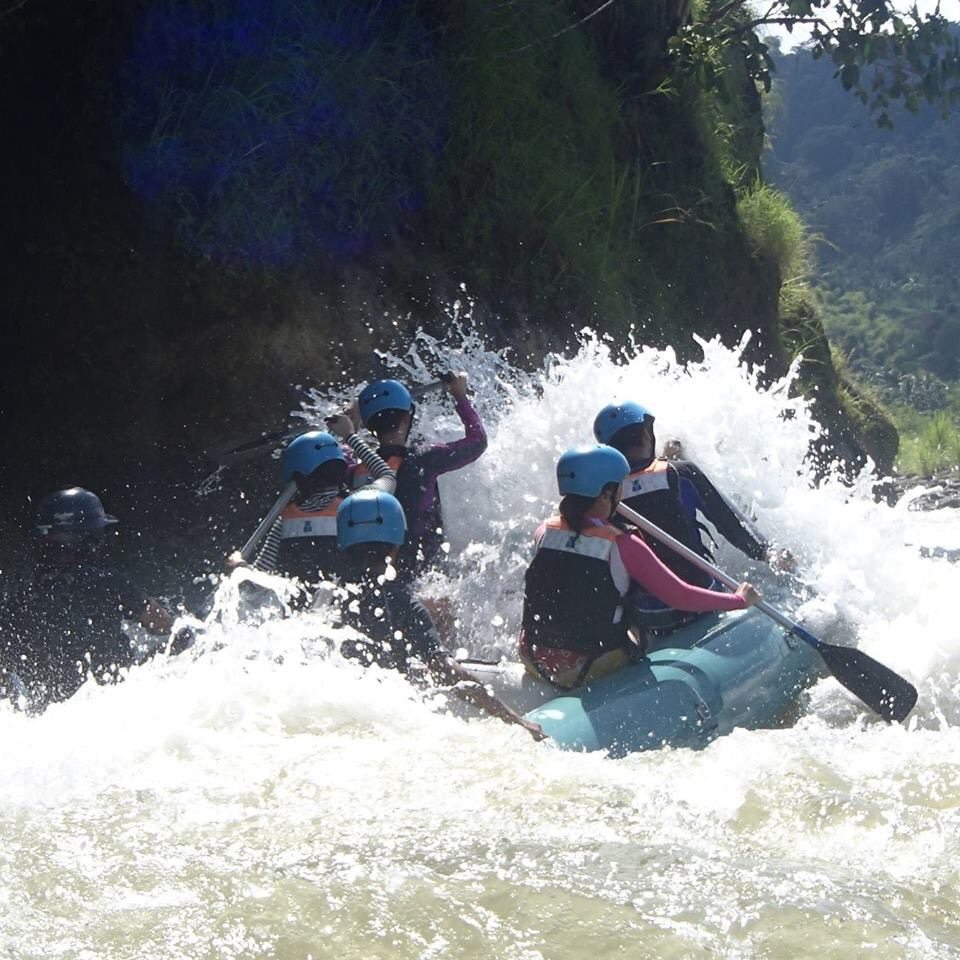 Lecref Anapim was serving up even more custy Wallace in the Philippines! That’s what rubber pushers do!! 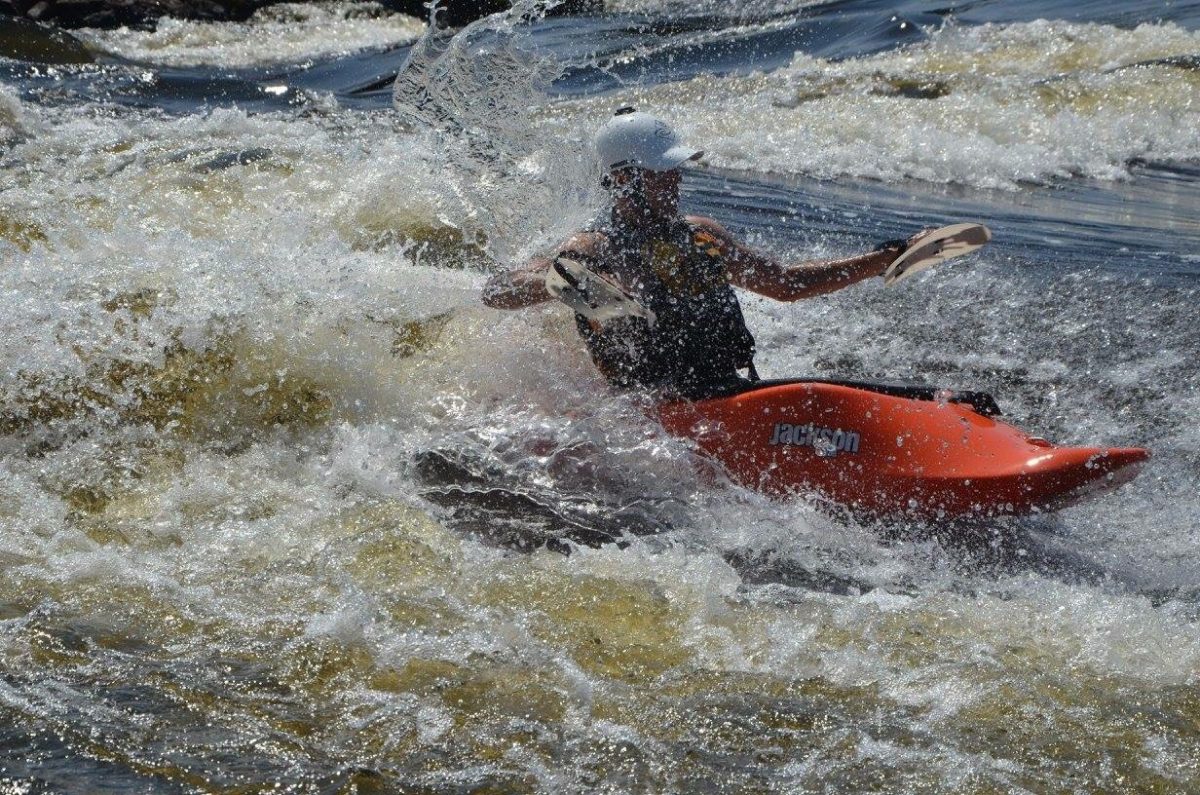 In Canada, Ian Bailey traded his regular stick for handpaddles to get some much needed play in on the Ottawa River after a summer spent pushing rubber. Gotta mix it up! 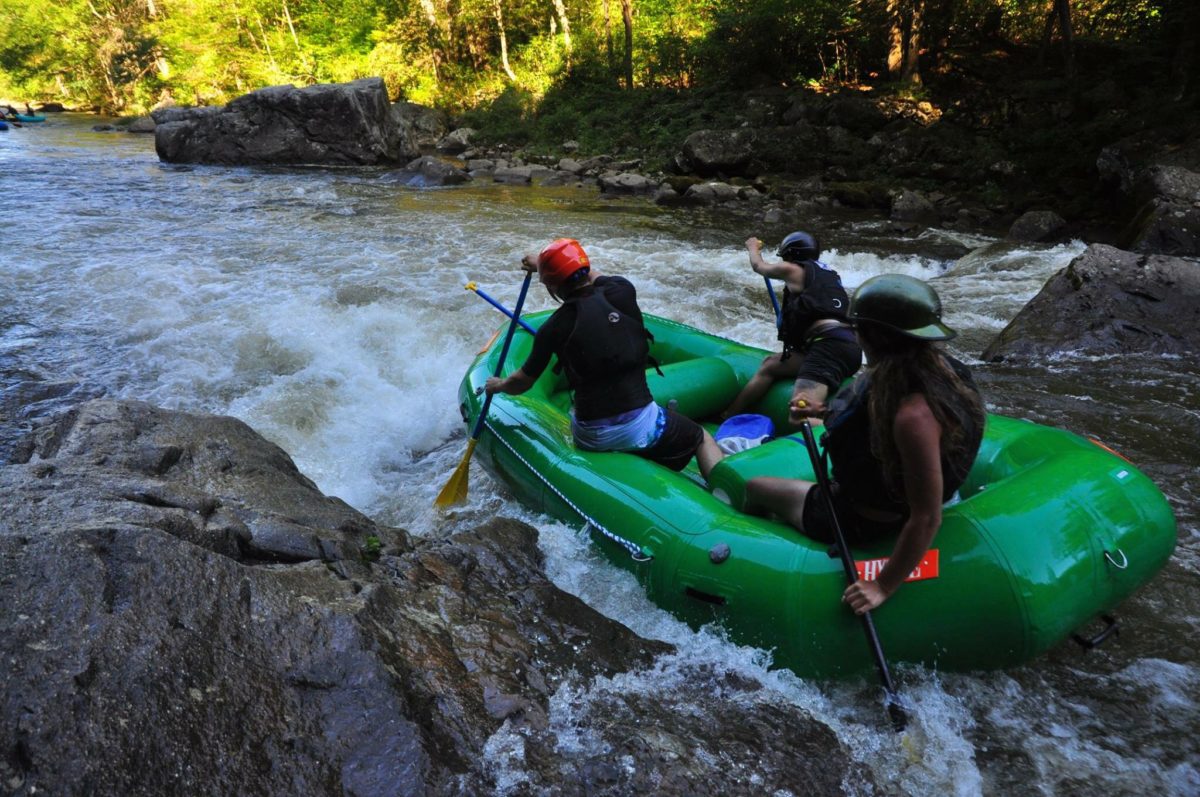 K.c. Miller got her laps in pushing some rubber on the Upper Yough in Maryland this September… She also got her ass kissed like a true DBQ! One Love! 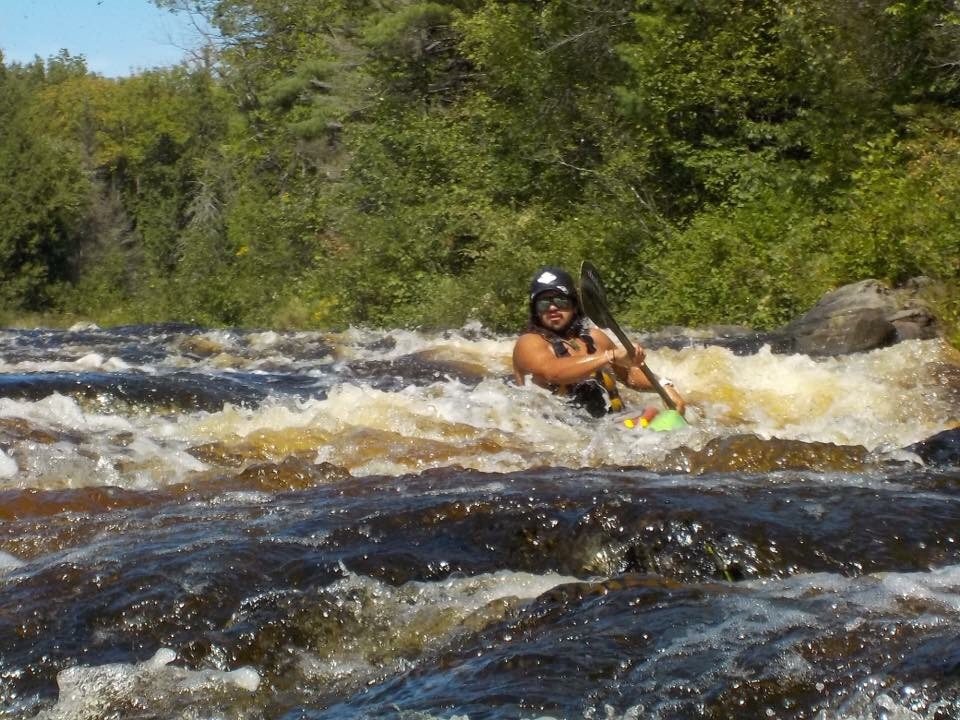 Ollie El-Gamel crossed into the US to score laps across America, starting on the Paint River in the UP of Michigan. Proper dirtbaggin’! 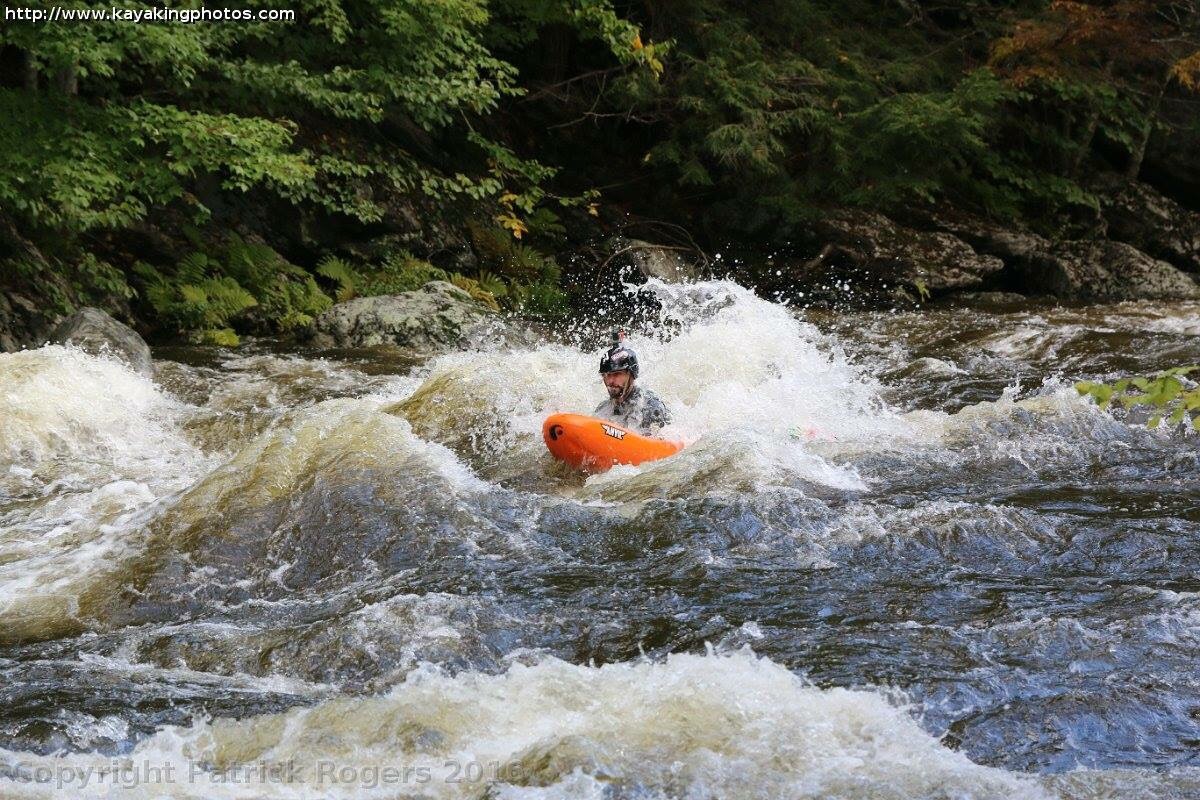 Asaf Arad also spent the month criss-crossing the border from Canada to the US in search of the next riverboarding fix while on the Babylon Tour. Whether kicking with Mike McVey or the Paterson brothers, the stoke was high! Watch for a report on the epicness in October in this magazine… 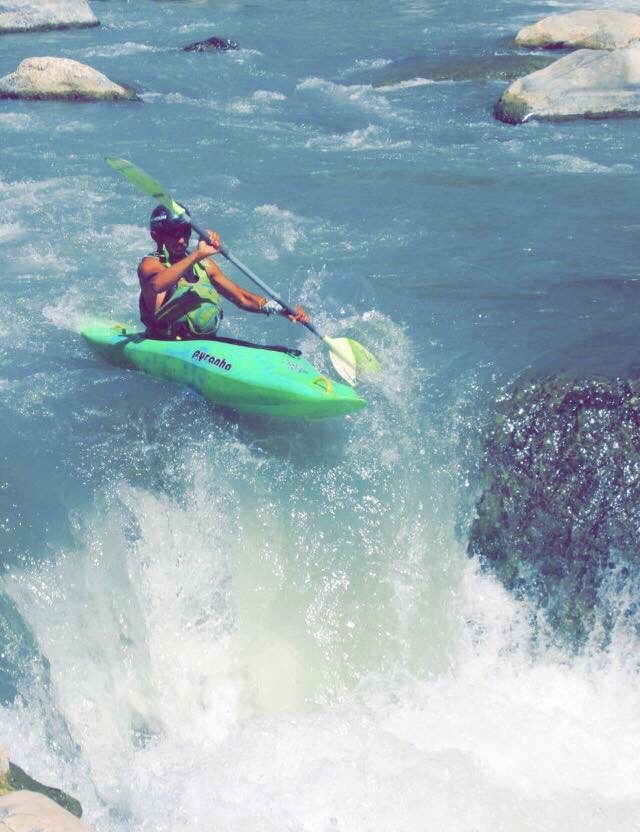 Oghuzan Sahin traded rubber for plastic on his off day in Turkey to enjoy the tranquility of raging whitewater. Not paddling at work today? Let’s go paddling! 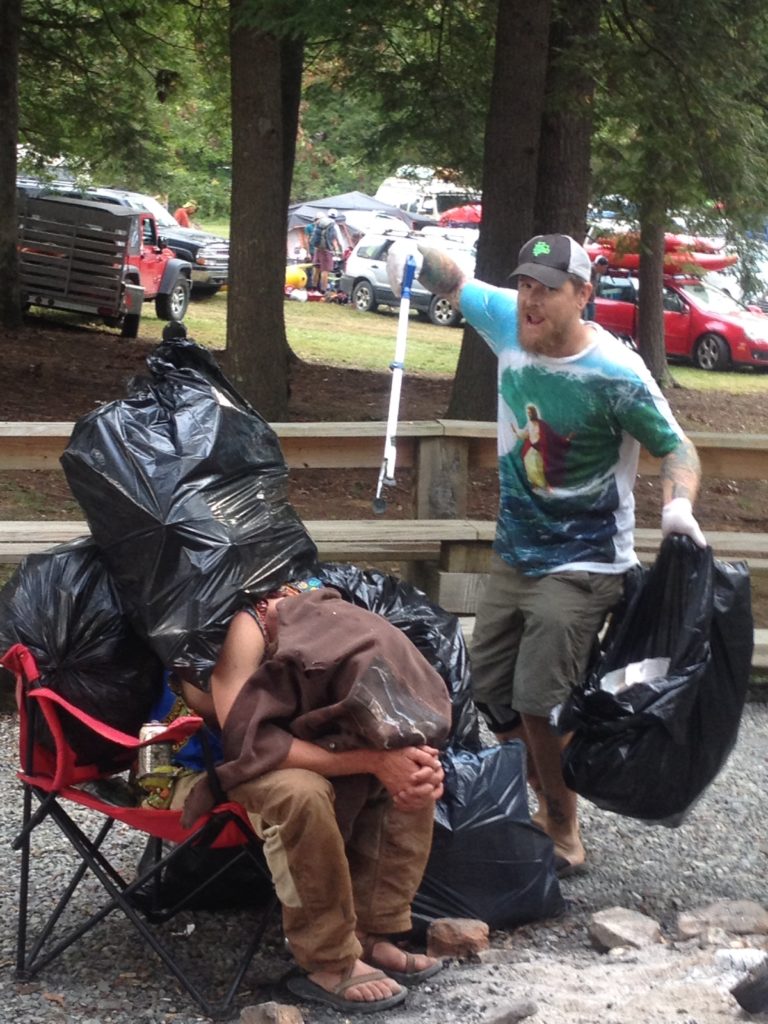 Wes Brietenbach took an off day to help volunteer leaning up Gauley Fest. Look what he found in the garbage pile… A conked out dirtbag! Really puts a new spin on “getting trashed…” 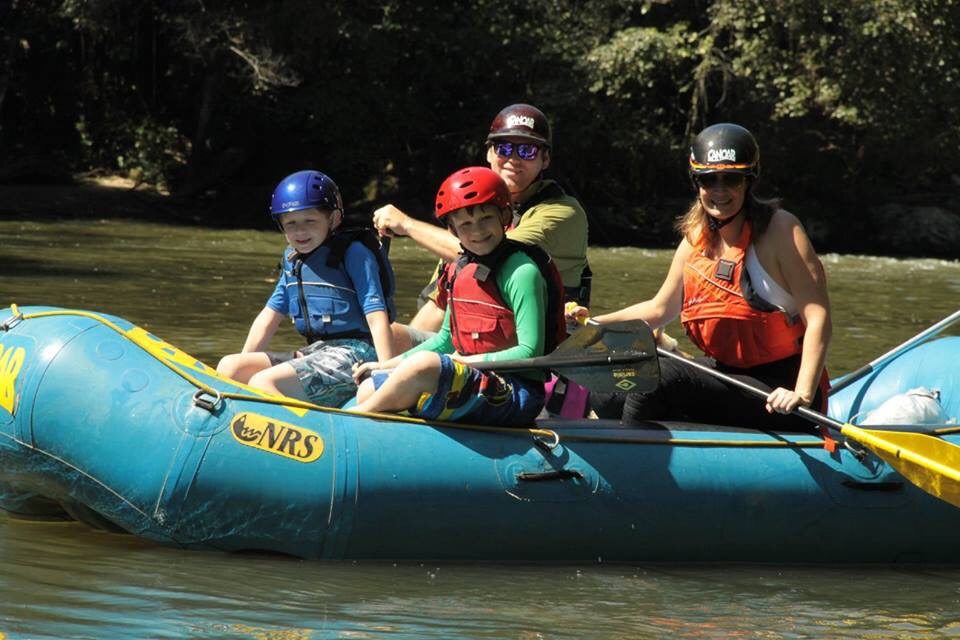 In Brazil, it may not be summer, but it’s still rafting season. Troy Lafayette got the family out on the river to soak up yet another great day in paradise. 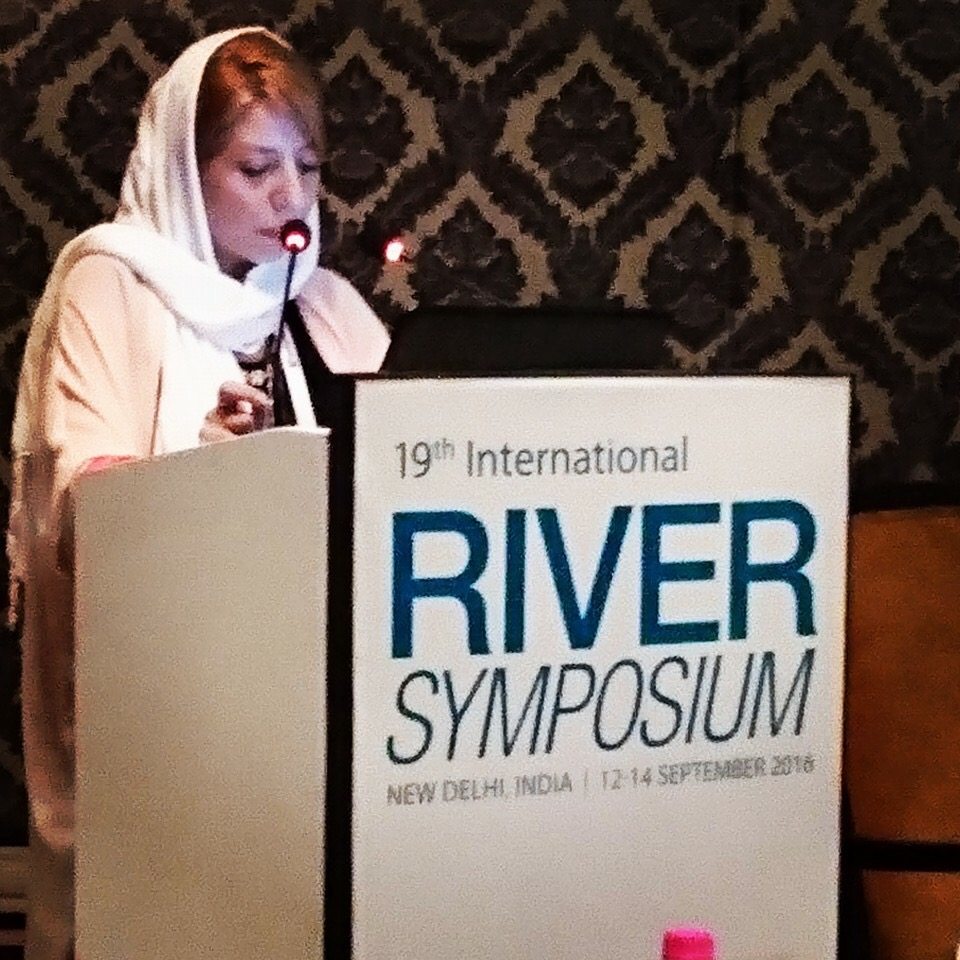 Hanieh Goharipour took a break from boating in her native Iran to deliver a speech at the River Symposium 2016 concerning river ecotourism in Delhi, India. Congrats on the recognition! 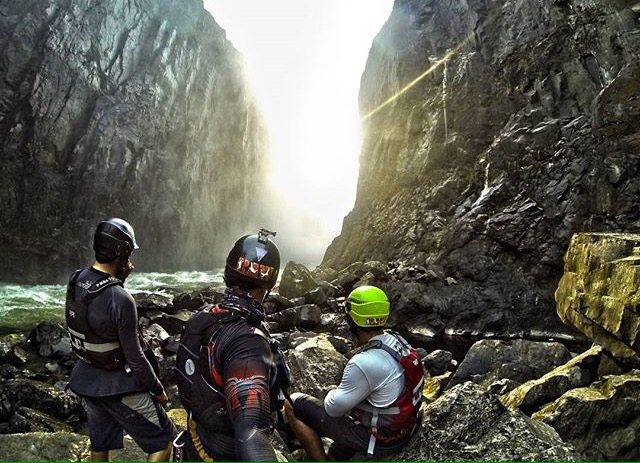 The sun came out in Batoka Gorge on the Zambezi for Paul Teasdale and friends. Can it get any better than this? For a dirtbag the answer will always be, “no…” 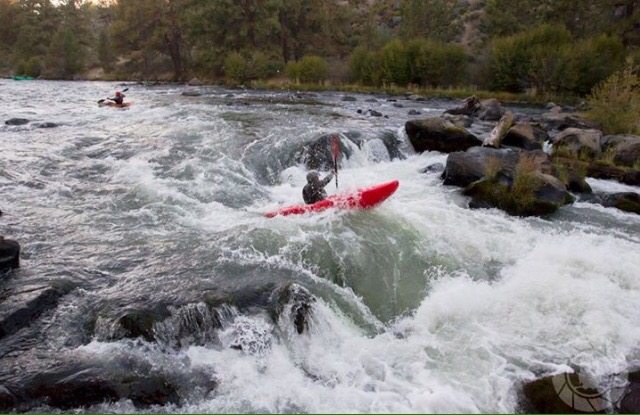 Dirt Bag Paddlers co-founder Jason Flannery showed Black Owl Media’s very own Geneva Damico down the Deschutes River in his hometown of Bend, Oregon. What a way to spend a day off from pushing rubber! 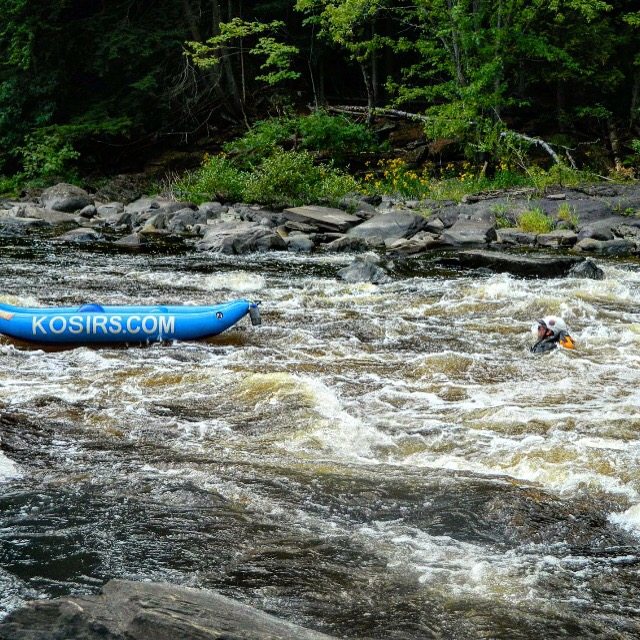 And last but not least… I flipped my IK for the first time EVER at the base of Mishicot Falls on the Menominee River, banged the devil out of my knee, and swam after my boat for the duration of Piers Gorge. No biggie! After all, you can’t cheat the Wallace.
Well that’s it for September 2016. You sure were good to us. Bring on the colors of Autumn, Mother Nature… And when in doubt, just #DIP! Cheers! 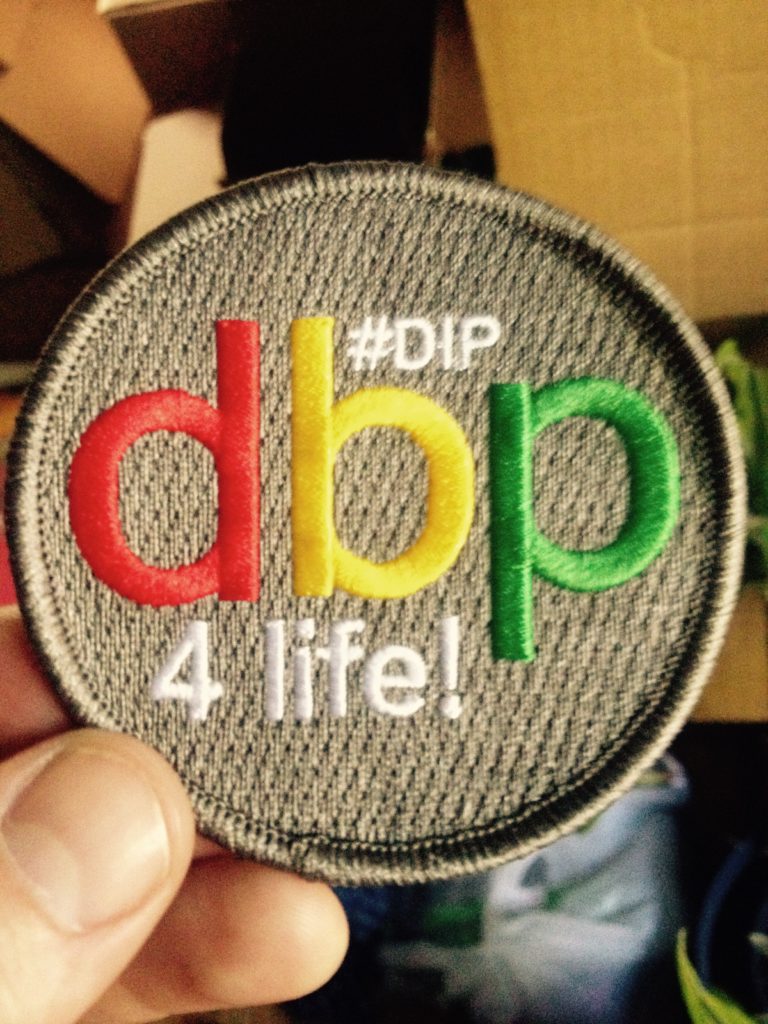