Long, long ago, and far away, I walked down a rocky and dusty road about a mile from camp to my favorite hot springs along the Rio Bio-Bio in Chile. There, surrounded by a ring of rocks next to the river, I found luxuriating in the warm water, a Whale. As hard as it would be to imagine such a thing, there he was.

Curtis Hansen was a friend, known well and loved by many people. Our three brief encounters, probably totaling no more than five or six hours, did not allow me to make any of those claims. To me, he was, and is, a Brother. That feeling has grown and solidified over the past twenty-one years. Sitting across from him in that pool of water it was easy to see the lines around the corners of his eyes. They traced a million smiles and a thousand or more squints into a setting sun. 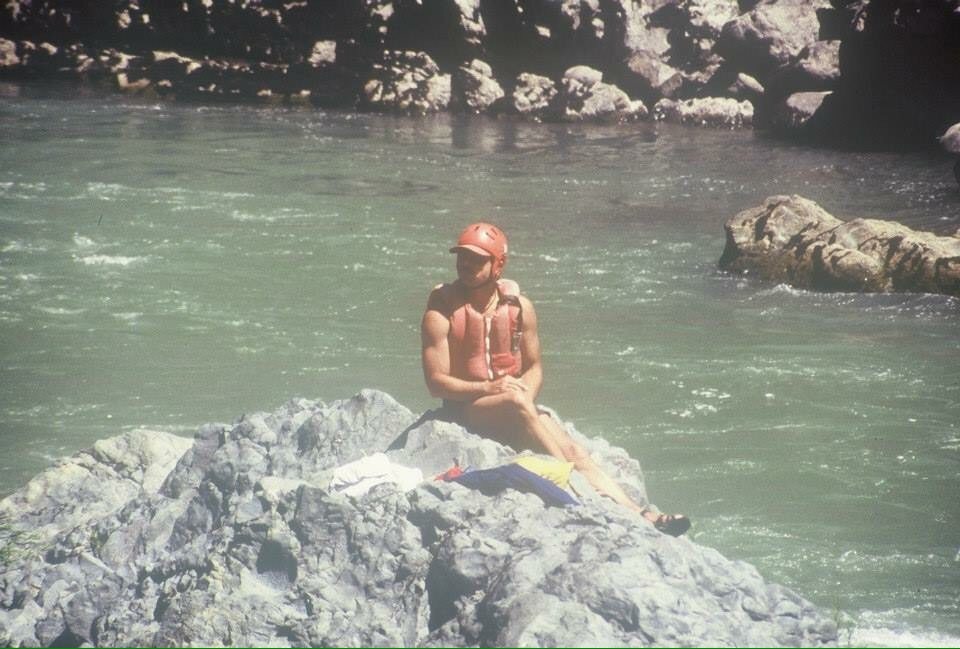 Taz, once upon a time in Chile…

I was comfortable in his company; most of the boatmen I worked with were young, strong and proud; Whale seemed humble and wise by contrast. We talked about a lot of things, most of which was soon forgotten. To have peppered him with a bunch of questions about the Grand Canyon and his career might have been an easy route for conversation. Any North American guide with dreams would have found it hard not to.
Instead, most of our talks centered around the Bio itself: my flip at Lost Yak, the coming of the dam and the fate of the indigenous people of the valley, things that revolved around our commonality. The parts that stuck the hardest in my mind were more general and a little further from where we were at that time. We talked some about the way that the whitewater industry had changed in our time, and we shared similar perspectives for the most part. He seemed to have a way of leading the conversation without saying much. 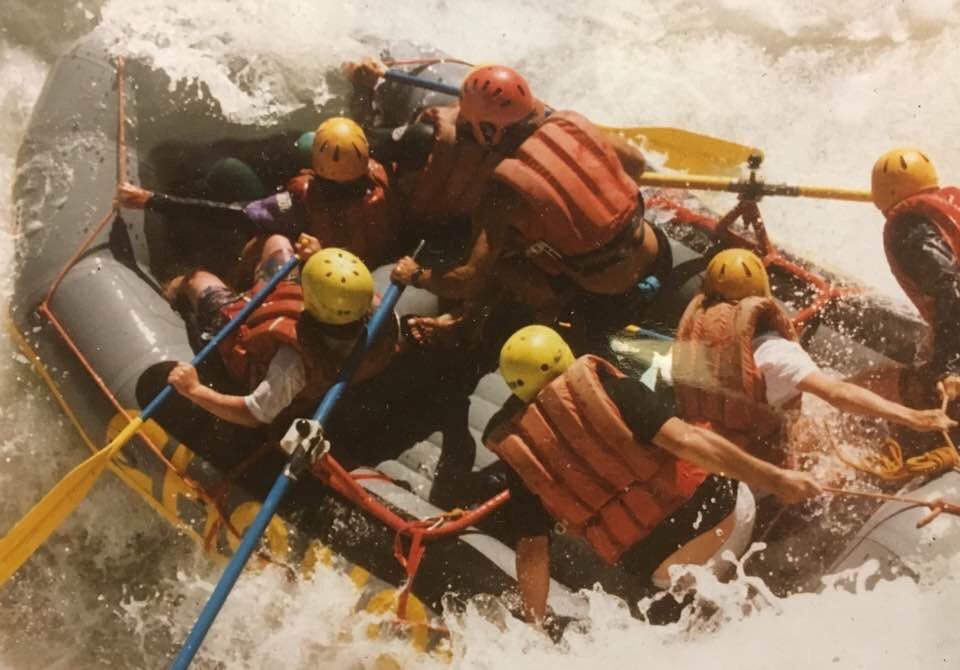 There was one question that has always stayed wedged in my mind. I’m certain that he never answered me. Sitting next to his fire, sharing his Drum tobacco and under a dark sky, grey with a blanket of stars, I asked, “What do we do when we can’t do this anymore…” I waved my arm for effect, “…not just the Bio, I mean ALL of it?” Whale was quiet. 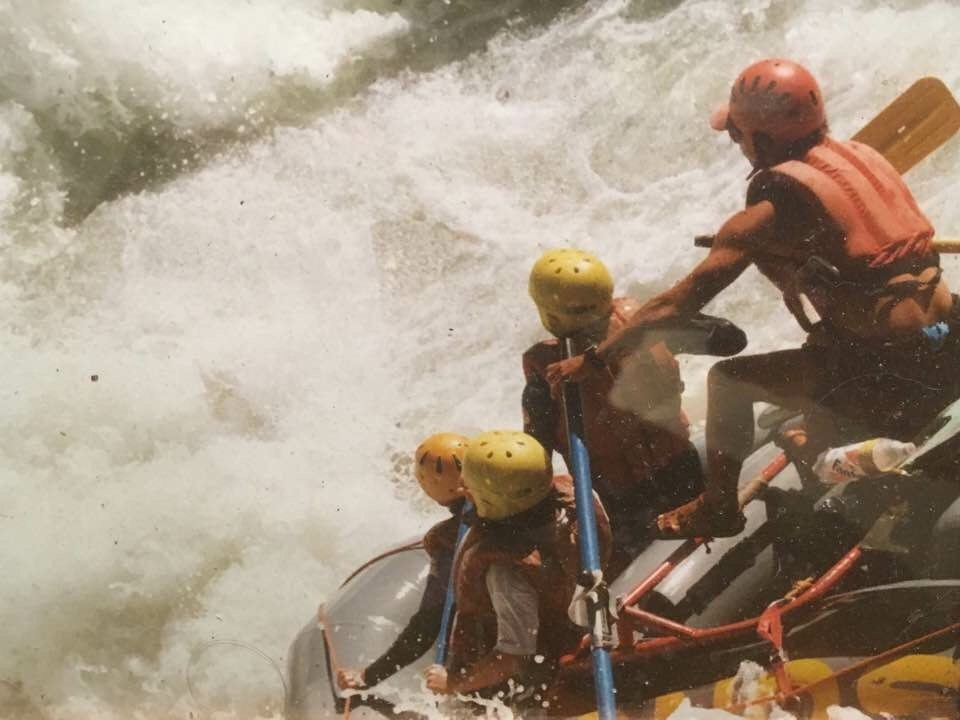 Lately, I’ve realized how close we are now. I’ve been asked that same question recently, in a different context. Without consciously doing so, my answer is the same as his was. He had no answer… and I still don’t either. The best I can do is share the one thing that we did have in common. Those years, those river trips, the passing of things that will never be again are my backdrop. 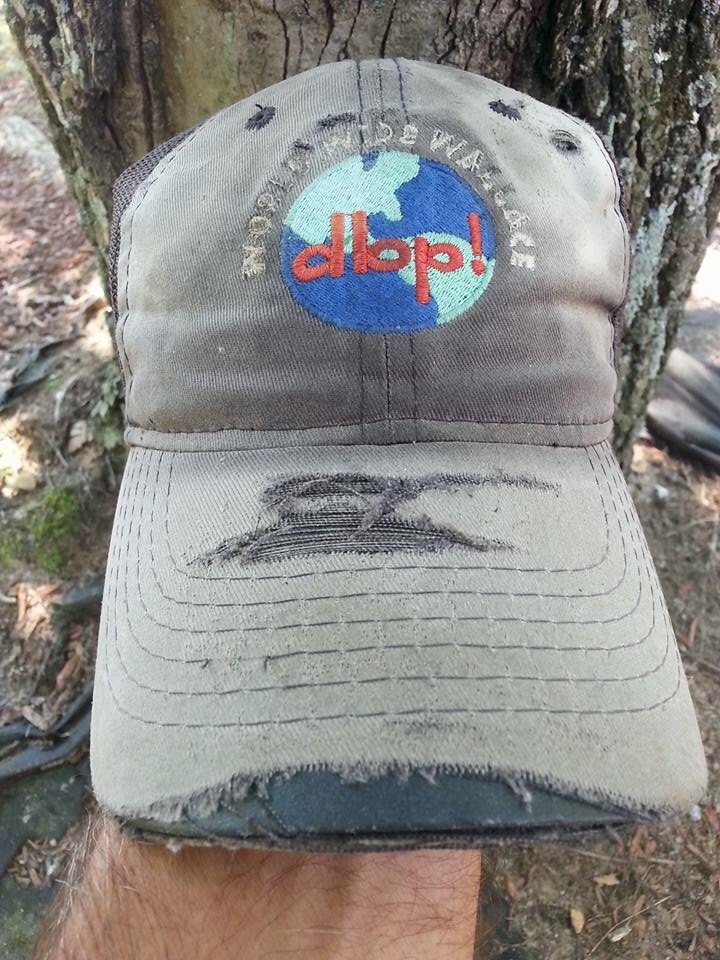 Medicine Box, Jugbuster, Milky Way, Lost Yak, Lava South, Cyclops and Last Laugh; all rapid names that suggest the severity, impact and duration of their character. This is the Nirrecco Canyon of the Rio Bio-Bio. 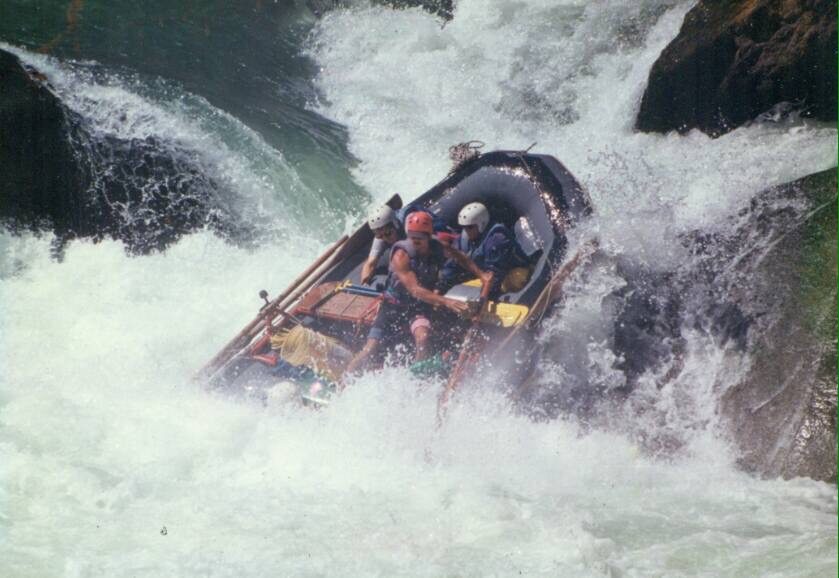 At about two kilometers or five miles are the first set of formidable rapids. We needed to be up and on the water as early as possible; this short stretch would be a long day. More than half of the day would be spent on foot, scouting every rapid between Jugbuster and Cyclops. The mileage on shore would easily exceed that on the water. 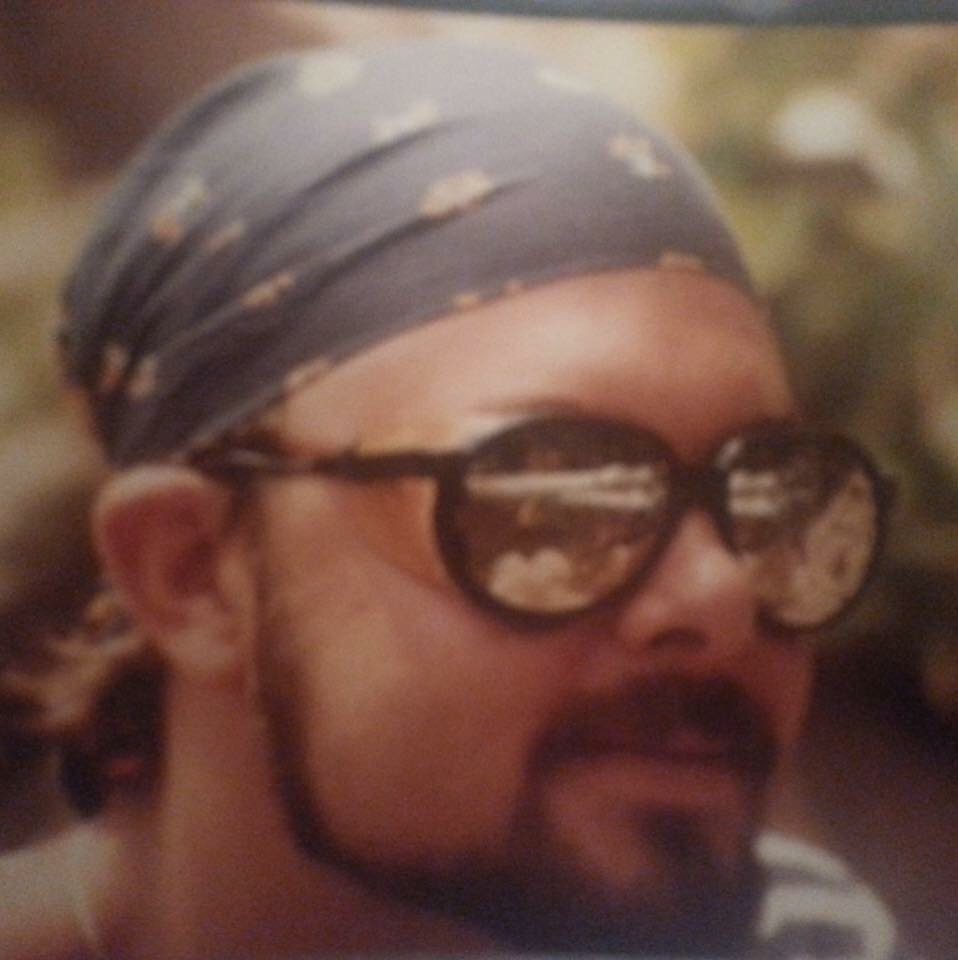 Climbing over boulders as smooth and rounded as pebbles on a beach, but the size of cars and trucks; straining the eyes to study the water in glaring sunlight from the edge of shear walls above the river; training the brain and body while acting out the moves and committing them to memory to stay on route as well as alternate routes, in the case that something changed during our run. I knew the Bio very well. For that reason, I would never run any of those rapids without carefully studying them first. From one year to the next, house sized rocks could get up and move (I have photographic evidence). In one season falling water levels could reveal a new route that had never been necessary in the past that was now, suddenly, the only option.

It was always understood that a mishap could easily carry a boat into the next rapid with or without its driver, rightside up or upside down. The Nirrecco could destroy both gear and people, and it had. 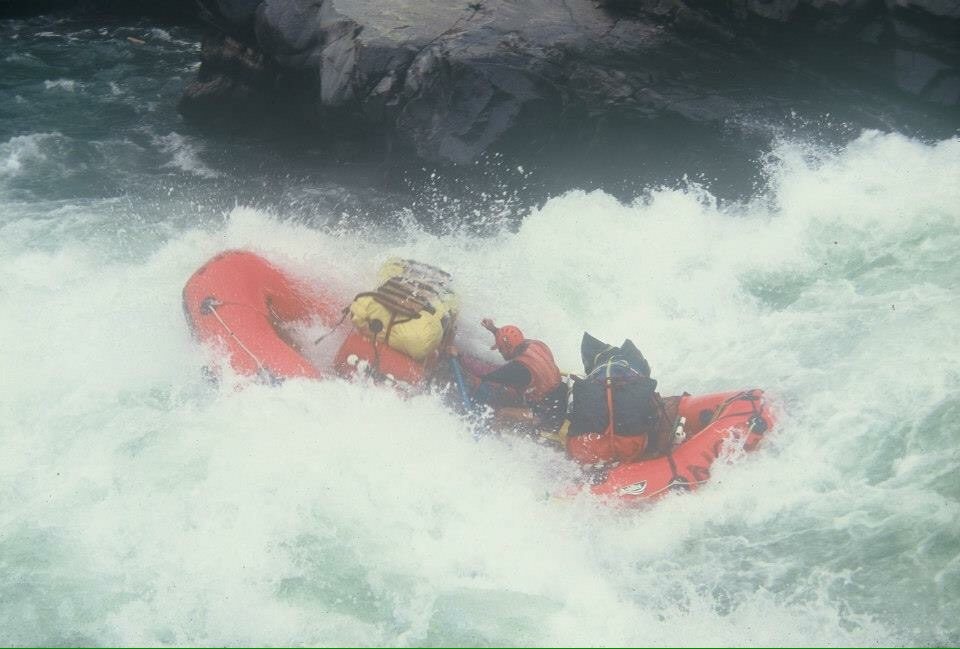 I never suspected embellishment in the stories I heard. I knew from experience that there was never a need to make things bigger here in Chile than they actually were. I’d felt hopelessly lost more than once in Milky Way. I had flipped a gear boat in two different spots in Lost Yak, on back to back trips. In the second event, the two by twelve hand crafted frame on my rig was shattered in two, right at the point where I had been laying back high-siding one second earlier. Bad enough as it was, it would have done the same to my body if I hadn’t leaped clear when I did.

My first trip of the year one season, I missed the scouting eddy at Lava South. While focused on my target and set up to haul on the oars at the precise moment, I dropped broadside into a hole that was just big enough to fit the boat like a shoe. Pretty quickly, it let me go. But, not until after it had filled the heavily loaded bucket boat to my knees with water. By the time I passed the rock that clearly marked the last chance to stop, I could see the boatman stationed with a rope, prepared to assist. He slowly waved goodbye, then took off running downstream to watch. 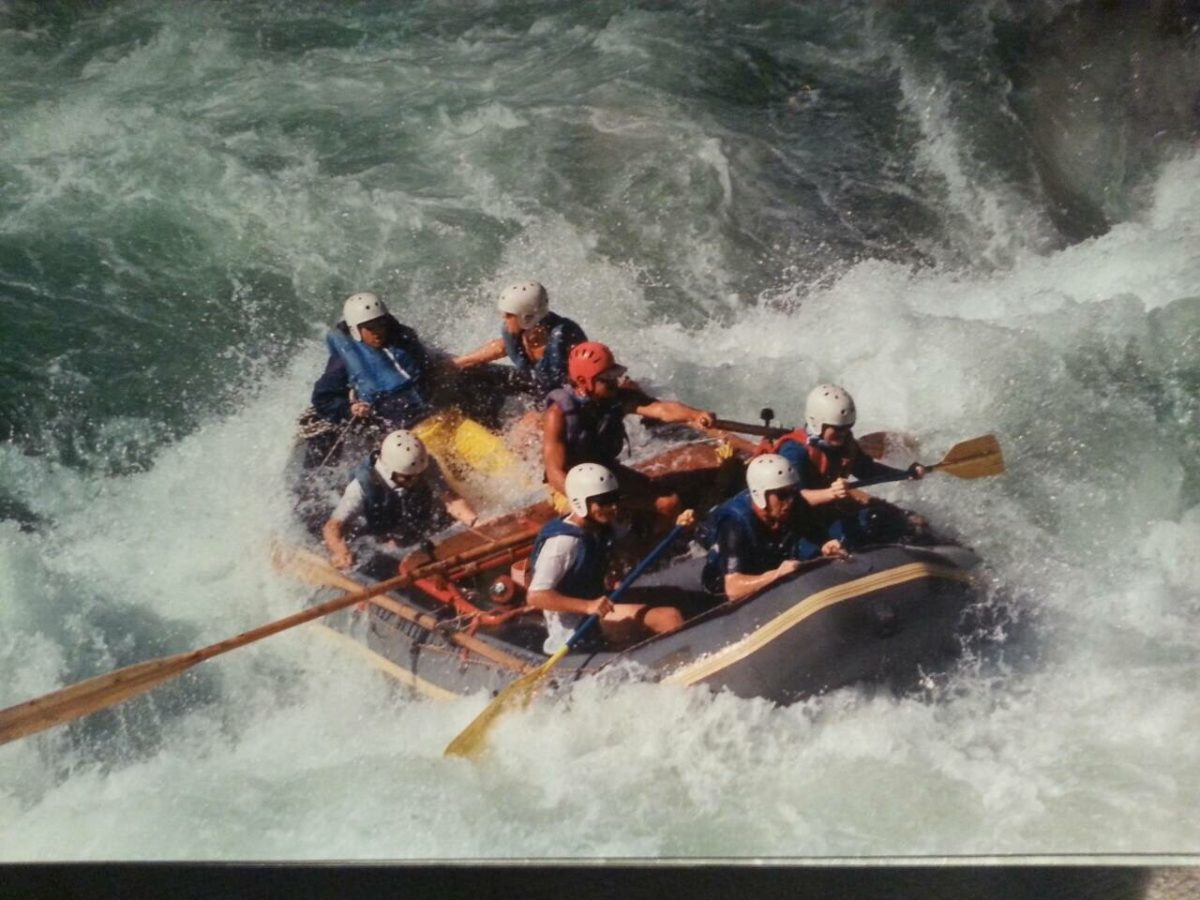 Taz in Lava South, aptly enough at the Whale’s Tail…

There was nothing anybody could do. And there was nobody waiting below. I thought I would cry right there. All I could do was whimper for mercy and pull so hard I was sure the oars would snap as I watched them bow to an impossible arc at the edge of my vision. The best I could do was maintain and repair my angle.

In a self-bailing boat the story would have been quite different. When people talk about being one with a river, I always think of that run. Somehow, I managed to keep the raft on the Plan A line. From that day forward we referred to the line as Ruta Cinco, after the Pan-American Highway through Chile. The bloated belly of that boat probably saved me, the current carried me right where I needed to be and kept the boat upright. 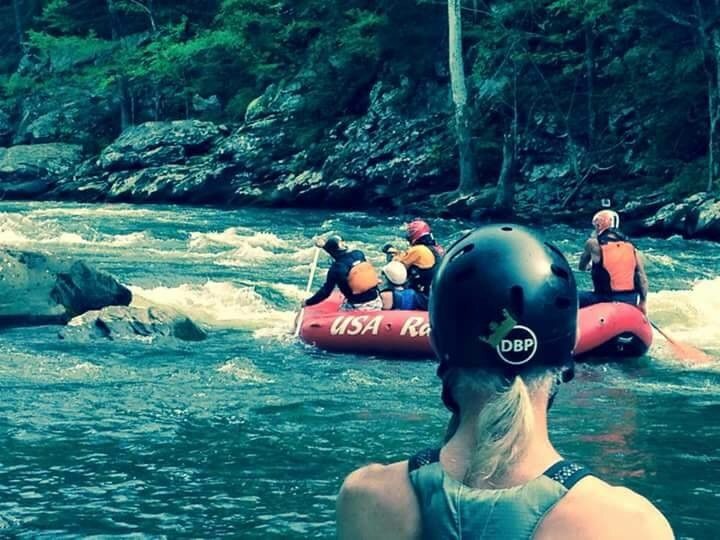 EDITOR’S DESK: Associate Editor Taz Riggs has been a full time raft guide for 30 seasons on some of the greatest rivers of the world- The New and Gauley, Colorado, Cheoah, Nantahala, his home river the Chattooga, and yes the Bio-Bio, a classic stretch of whitewater now lost to us under the waters of a dam. He is a humble, quiet man, one I am honored to call Friend. I’ve patiently coaxed this story from him after years of suggestion, as Taz is not one who reveals easily his own greatness.

Taz in the old days

Taz like Whale before him, like many of my friends in a future that will come sooner than later for some, faces many hard choices as a man who turned 60 last summer working in an industry that is not favorable to any but the young. No matter their skills, older boaters face a stark reality that management in whitewater companies often don’t pay a living wage or provide health benefits for their long tenured employees. And these employees, the older ones in particular, face choices and feelings that can sometimes lead to depression and other health issues. At the darkest edge of this dilemma lurks suicide.

We offer this tale, appearing in two parts, as a nod to Curtis “Whale” Hansen, to introduce this legend to the young members of our community, most who have never heard of him. In his memory a fantastic non-profit called the Whale Foundation is now in place, serving the Grand Canyon guiding community with free services and programs for mental and physical health and counselling as well as other benefits like scholarships. We chose to publish Taz’s story this week in order to give a nod to the Foundation’s Wing Ding, one of their biggest fundraisers of the year. Dirt Bag Paddlers has donated gear for three years running to their silent auction, so if you’re local to Flagstaff, AZ we urge you to attend and bid on some sweet stuff; we also once again sent a small cash donated in Taz’s name to the Foundation and ask those with means to consider that same gesture. The Wing Ding is on February 18 (more details are in our Events on our Facebook page). For more info on the Whale Foundation- 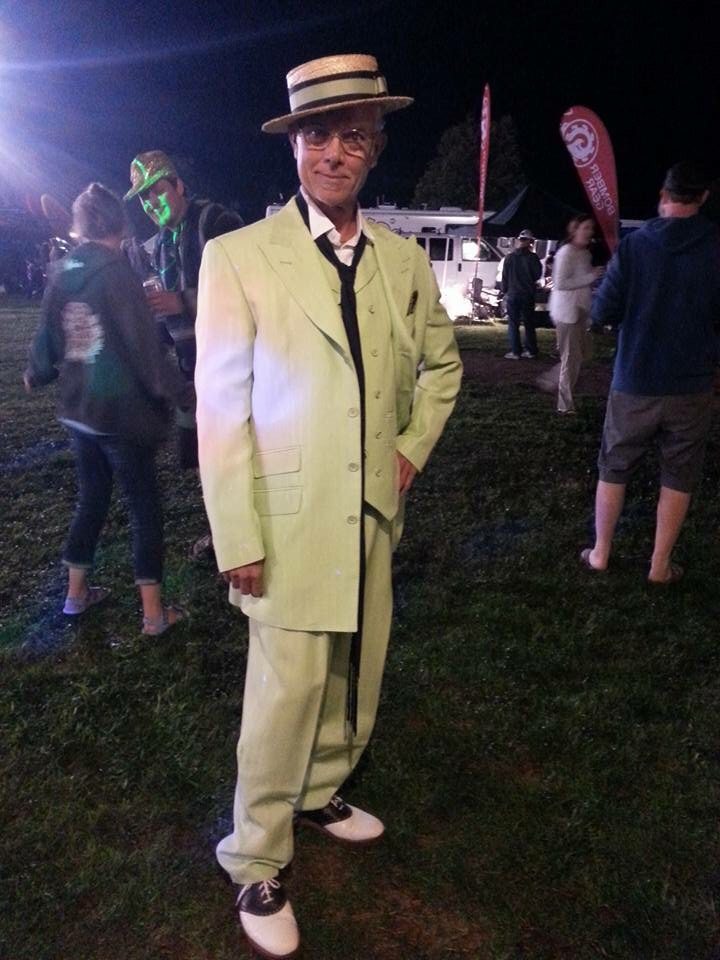 Part Two of Taz’s Bio-Bio reminiscence will come next month, when we focus on threatened rivers and ones we’ve lost around the globe in support of International Rivers’ Day of Action. Stay tuned…