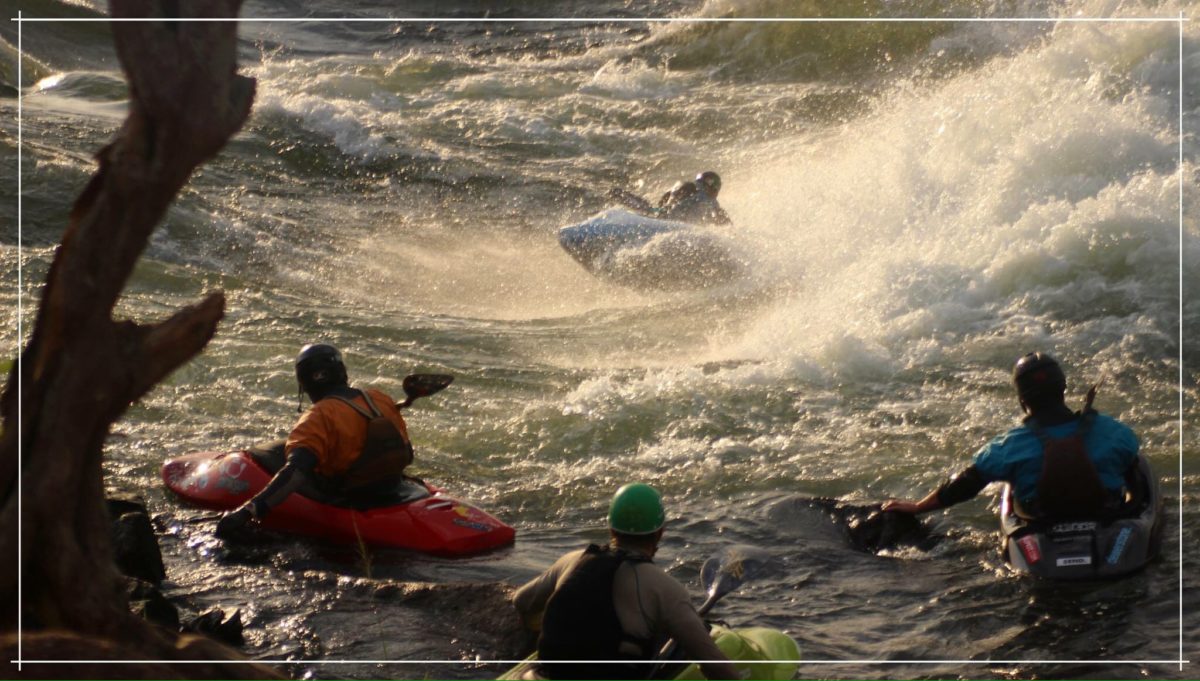 DIRT BAG IN AFRICA ~ A 1st Timer’s Guide to Uganda.

WELCOME TO AFRICA! The reason behind this write up is to hopefully give insight on a few aspects on what the Uganda paddling scene is like for a first time visitor whilst leaving loads for you to explore. Who knows, this might get your juices flowing to get a trip organised in the next year before we lose yet another gem, the last section due to the last dam on the White Nile River. 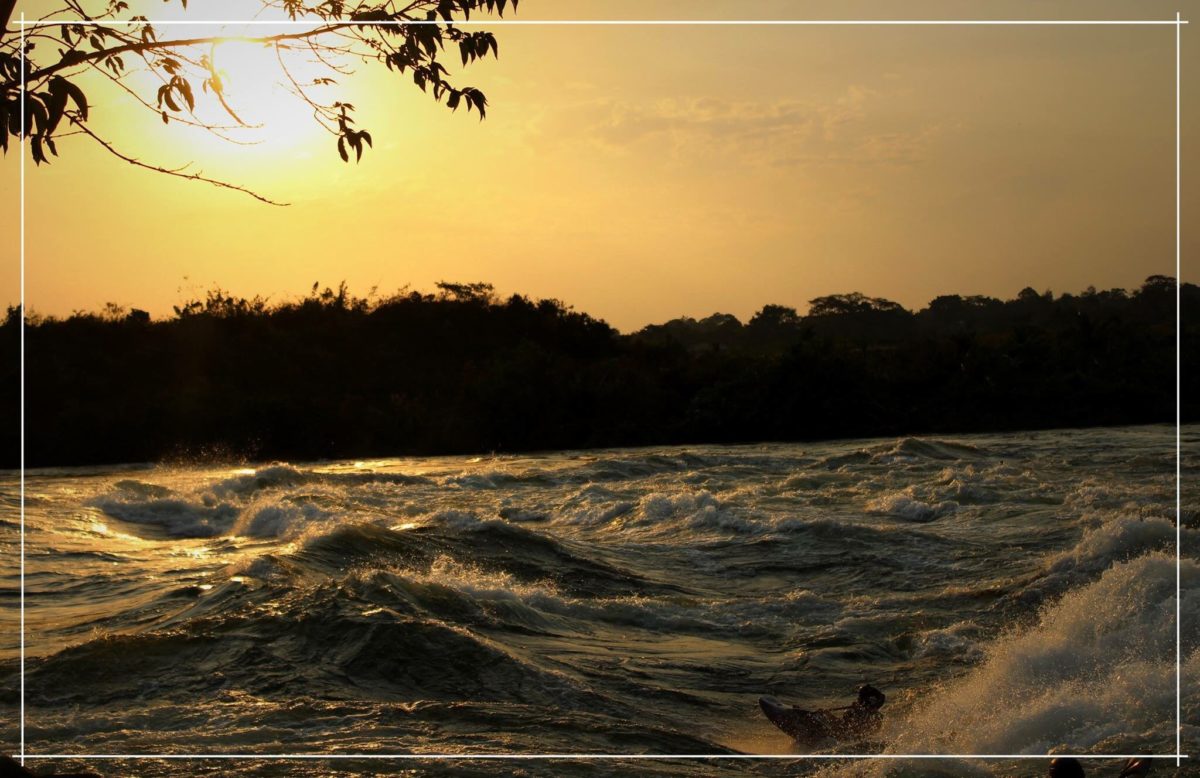 Uganda’s White Nile: Jinja, Uganda, home of Africa’s most famous whitewater event the Nile River Festival, is where Lake Victoria turns into The White Nile. This torrent gives us some of the biggest high volume rapids in the world, making it a must go venue for anybody who owns a boat less than 7ft long. It’s a play boat paradise. Or if you are of the same motivation as some of the crazy Russians out there, you’ll be taking HUGE 16 man motorised rafts down everything! Rather them than me! #Wallace

Getting There: So, it’s a few hours on a plane. We were travelling as a small group of three from the UK. Admittedly we had a head start geographically over our corndog eating, Trump led Dirt Bags from over the pond. But Kayak the Nile offers the same deal for all. Kayak the Nile (KTN) seems to be the kingpin in Uganda, putting everything together. They’re where most people I’ve spoken to sorted their trip out.

They have this amazing ethic of wanting people to just go and paddle on their unique, breathtaking river. From my experience KTN does everything in their power to make it as smooth, easy, and stress-free as they possibly can! You send them the dates you would like to go via friendly relaxed emails, and they use their fantastic relationship with Brussels Airlines to get by far the best deal we could find anywhere. KTN was established by paddlers and run by paddlers. So it goes without saying your boat and paddles come on the flight free of charge from Europe, and with a $200 carry charge from the US. In our case the boats were transported without question or problem; I know some people who haven’t been so lucky but with some slick persuasion manage to get what they need. The campsites sort out the transfers to wherever you’re staying. Literally everyone couldn’t have been happier to help.

Where To Set Up Camp: There are two main bases, The Hairy Lemon Island campsite and the Nile River Explorers / Nile River Camp; each has their own perks and downfalls. The Hairy Lemon Island is downright the most relaxing and chilled place I have ever been to, a fantastic set up by owners Nikki and Paul. There are so many places to hide and relax on the island, with hammocks in every nook, the only thing to disturb you are the monkeys and other owe inspiring wildlife that’s based there. This camp is slightly more expensive than the NRE camp but you do get 3 meals a day, and the real cherry on top is the 5 minute paddle to the Nile Special wave. So we found ourselves just ”nipping” over to one of the best consistent play waves in the world for hour sessions in-between naps and food. This was just bliss and 100% a novelty we took for granted far too early.

The other camps, NRE and NRC, are right next to each other, literally within 100 metres of each other. Offering things like highly sought after WIFI and main power that everyone seems to be dependant on, me included, the cost for these luxuries is a 30 minute travel time to the river and an hour return journey. But a trip to both camps is a 100% must for anyone blessed enough to visit the Nile. 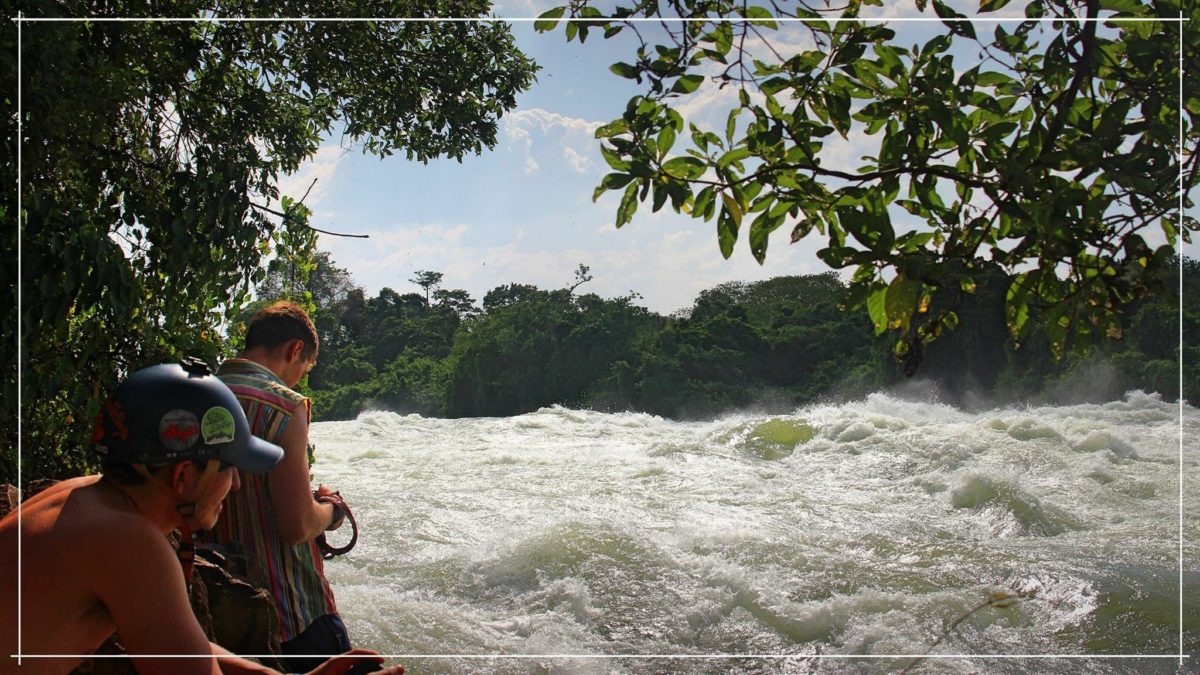 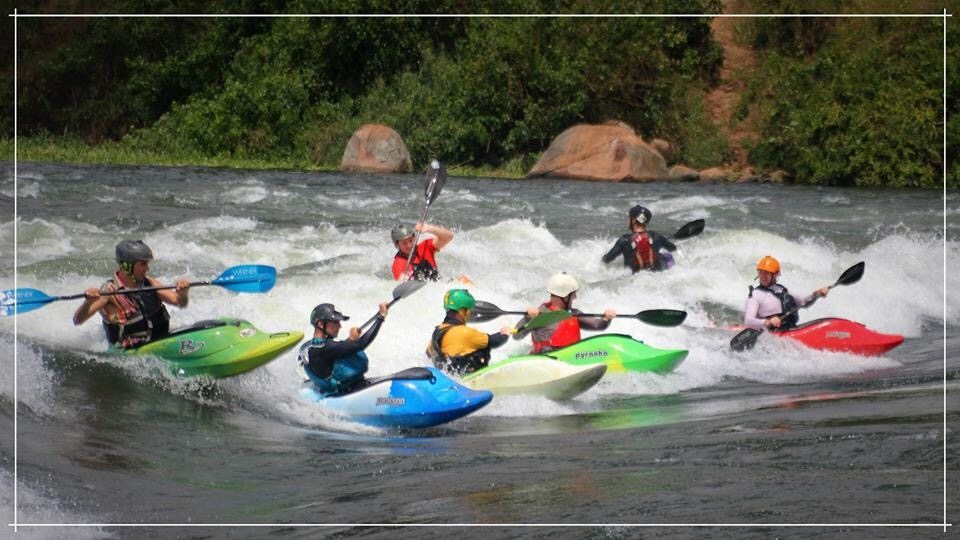 The River & The Paddling: The White Nile is something that at first I couldn’t even comprehend. Like next level! Never before have I been on a river that wide and vast with well… SO MUCH WATER. It was a completely new venture for me. In the UK, rivers are shallow and narrow with small technical moves that welcome with a rock to the face if you Wallace. So the concept of a river where you see no rocks, hit no rocks, and with little to no consequential swim if you mess up, was foreign at first. 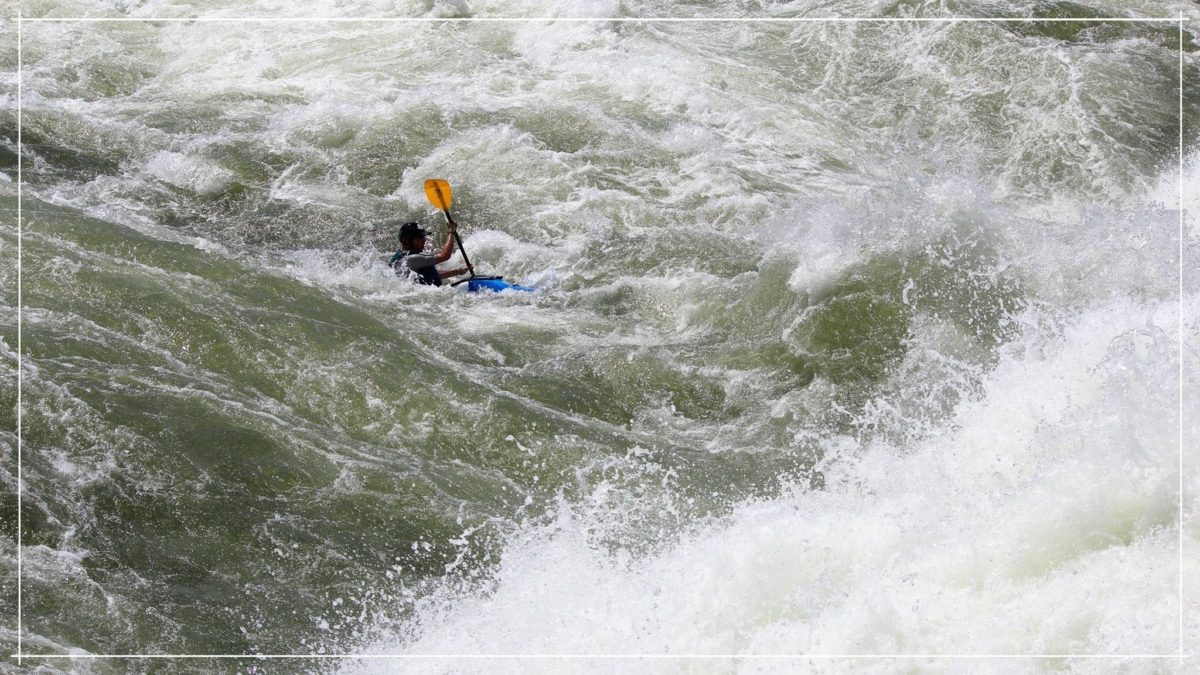 What the White Nile has though is rapids that if you do mess up make you swim… A LONG WAY. The majority of rapids are variations on large wave trains with some sort of high volume hole to avoid or surf depending on how big your balls are. This makes it a recommendable place for anybody who owns a boat to go paddle. The amount of easy Class 2/3 water to play on was on a new level, a real Class 3 paddlers’ training ground, all with larger rapids looming, waiting to be done. 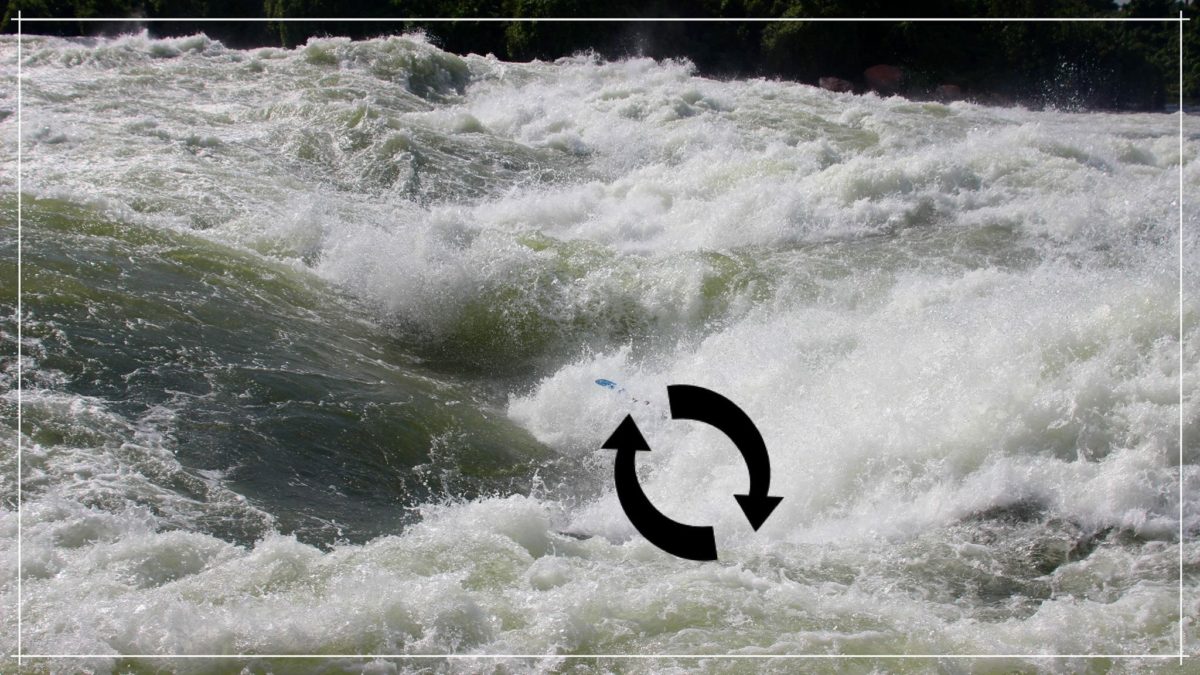 Itunda, Hypoxia and Kalagella are the Big 3 for people wanting a thrill. These rapids can give you some of the sweetest lines, and serve up the biggest beatdowns and downtimes. Swims on theses rapids have consequences. The swim list from our short time in Uganda included the scalps of some big names in international paddling. If the Big 3 aren’t for you to paddle down, they are just mind blowing places to hang out and go see. HUGEEEE would be a understatement. 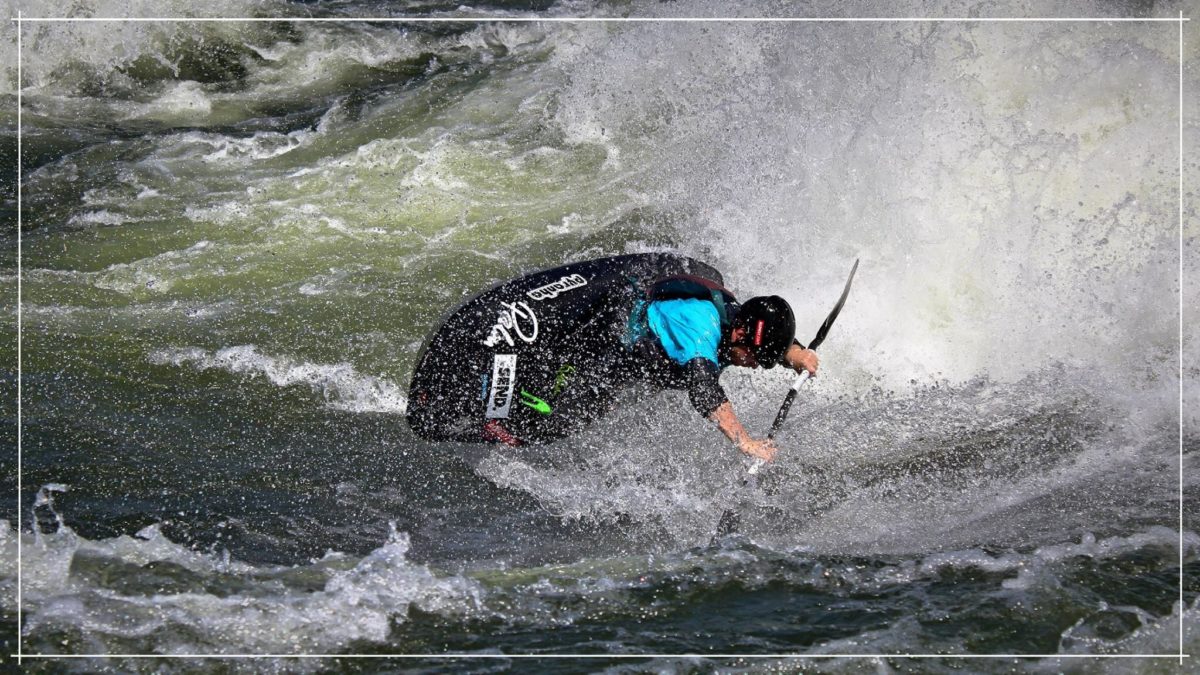 Team Paddle Sports: We set out hoping and expecting our minds to be blown with the paddling. It was exactly that. But something hit us on the blind side. The people. The paddlers. The local guides. The pros. Every Paddler. And I mean it- EVERYONE. We didn’t meet one person out there who wasn’t genuine, who wasn’t excited to help you get on a wave and send some tips your way to help you throw your 1st move. The inter-paddler stoke was high. I was proud to be a dirt bag out there. People were living the dirt bag ethos every minute of every day. 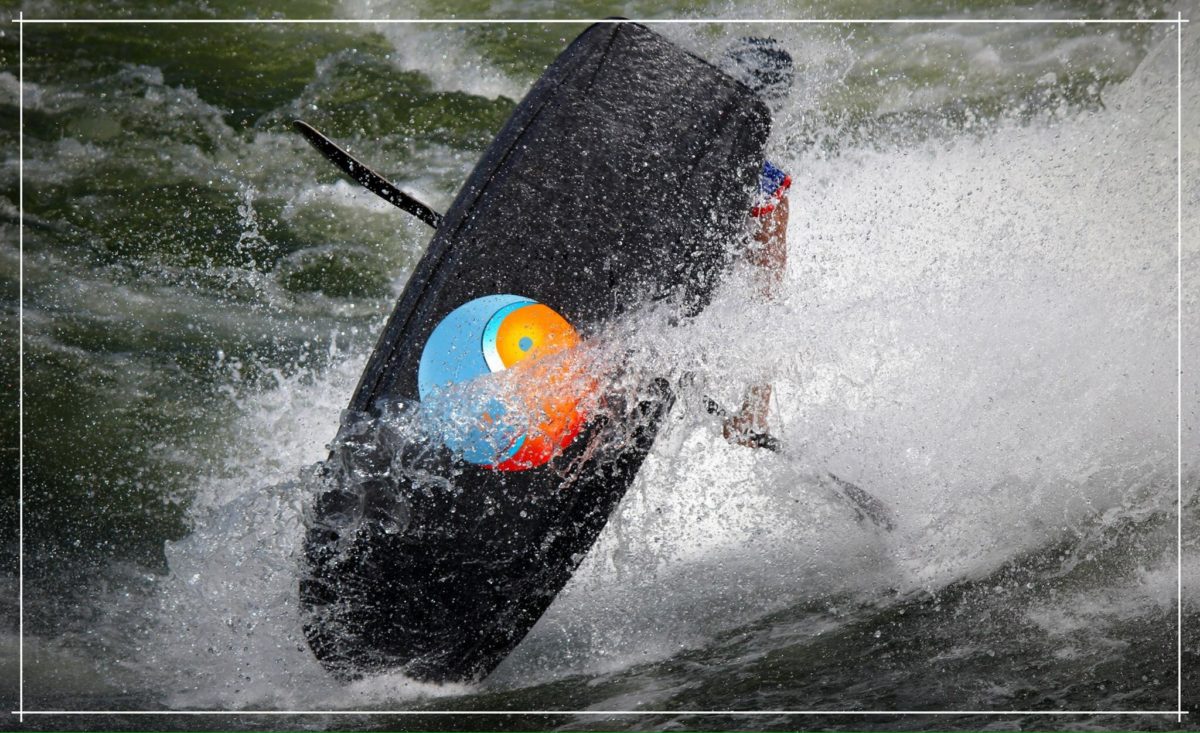 The Nile River Festival was truly a gathering of people from all over the world there for the same thing, the river and the adventure. The time spent with my crew from complete strangers was breathtaking. Some days the hospitality was honestly overwhelming. Paddlers from France, Germany, Belgium, America, Canada, the UK and Uganda all offered help and advice. Many of them were sponsored, national team representatives and high level paddlers wanting to put time into supporting lesser paddlers. How often do you see that on your local run? 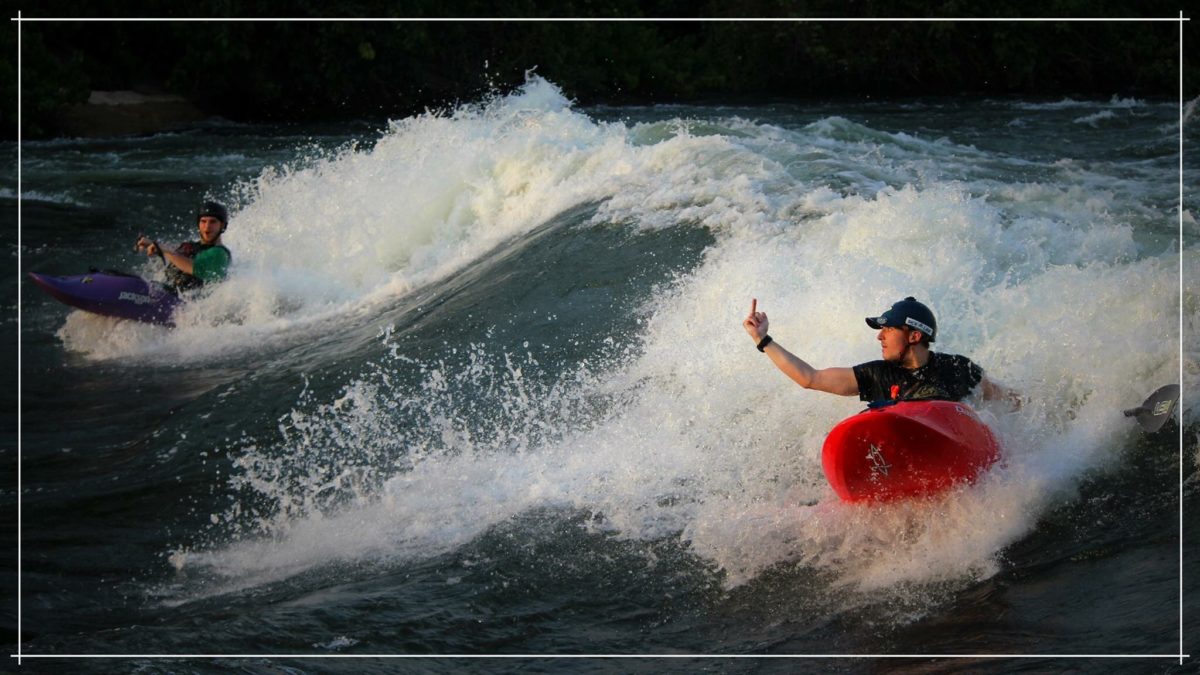 This is what Dirt bag paddlers is about! The stoke to see others succeed – Shared. 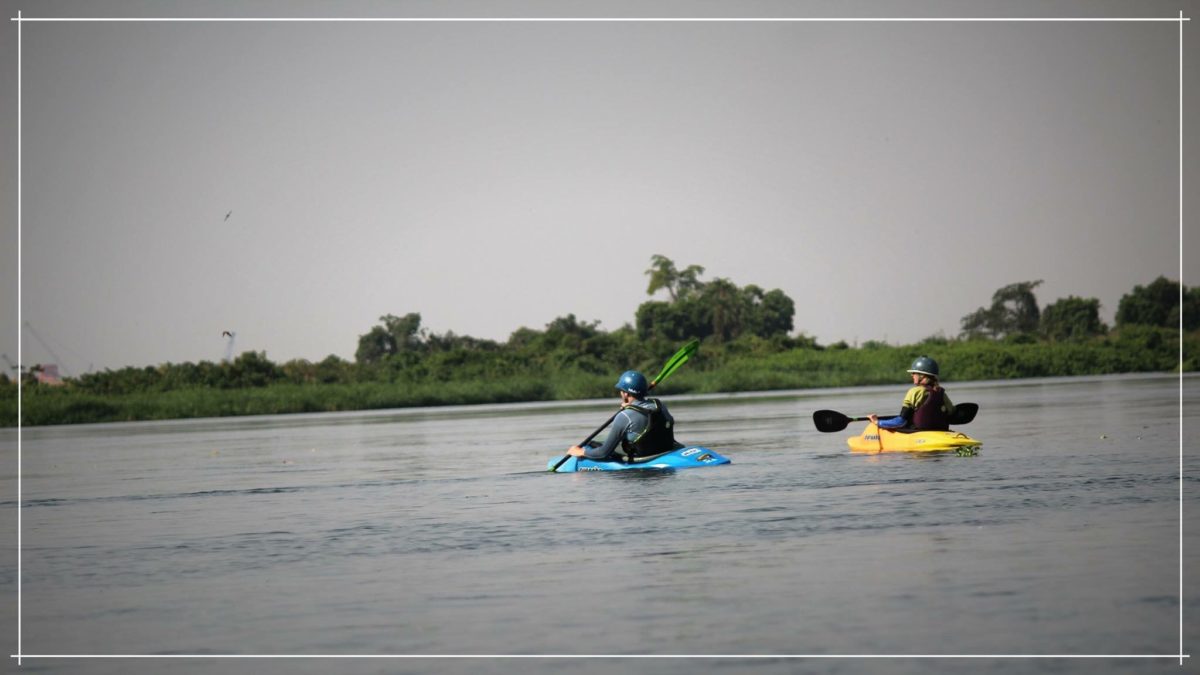 The Locals: I feel honestly embarrassed to admit the mentality I had when I went out there. Ashamed to say the least, I went to Jinja burdened with the past experiences I’ve had of Africa, of being pestered for money, my belongings tricked off of me, and memories of what can be an all around uncomfortable experience. I cannot stress enough how different of an experience this trip to Uganda was. 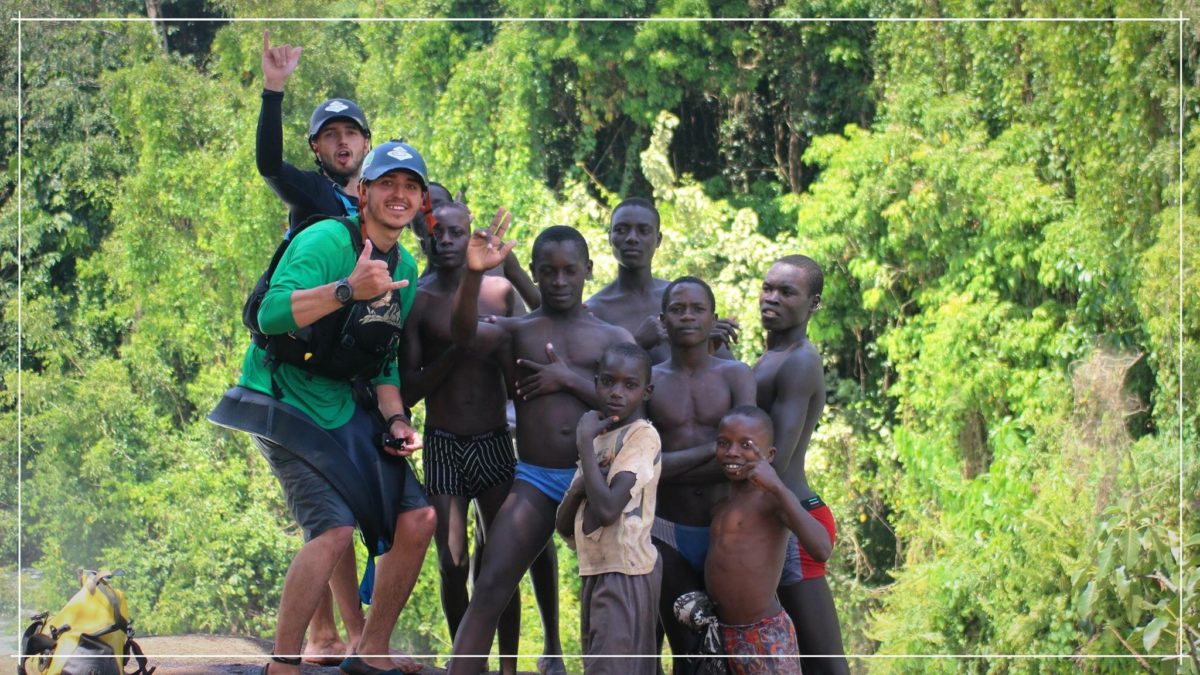 The local people were always the most welcoming, friendly people, going out of their way to help us get done whatever we’d set out to do. Whether this was to get to town and do some shopping, setting a shuttle to the top of the river, or order some local food, we were treated so well. At one point we had to stop an elderly lady and child from being thrown off a local bus to accommodate us. Don’t worry, in true African style we all ended up fitting onboard. Even hitting the local market in Jinja was a relaxing, enjoyable experience. I can say with confidence that everyone we met was happy and keen to help. Of course a little tip put a smile on our friends’ faces, and insured help when you were in need next time.

Our Loss: As I said we are losing the last section of the White Nile River in the next year and half. This will leave just two rapids to paddle once the dam is fully working. This isn’t a rumour. This dam is happening and construction has started! Hopefully one day humanity will realise what we are sacrificing, and the treasures we bury under dammed waters. It is a sadness that is hard to shake, to think what we have lost: the likes of the Bio-Bio in Chile; what we are losing now, the White Nile here in Uganda; and what we are scheduled to lose in the near future- the Rio Maipo, also in Chile, and the Zambezi River which forms the border of Zambia and Zimbabwe, also here in Africa. All of these are of the highest quality whitewater, gone until the dams are swept away and the river’s flow free once more. The River Conwy faces such a threat in my home in Wales.

Get a trip booked to Uganda. It’s easy to organise and can be done cheap. The People are awesome. The Landscape is breathtaking. The Lifestyle is chilled. The Paddling is World Class.

See you on the river…

DBP MAGAZINE WILL BE SHUTTING DOWN ON DEC 14th. PLEASE GET IN CONTACT IF YOU ARE INTERESTED IN THE SITE.