DBP: Tom, you’re a highly respected and knowledgeable historian of the Grand Canyon. Who is your favorite of the many colorful characters to paddle the “Big Ditch” and why?

TOM: That’s a good question. When I think of past river runners I would like to boat with, there a number of folks who come to mind, like Buzz Holmstrom. Many of us can relate to his writings about why he was river running, “… to listen and look and think and wonder about the natural wonders, rather than listen to talk of war politics and football scores.” But there are so many others, like Elmer Kane, Sylvester Dubendorff, Linda Renaker and the quiet Hoosier Moulty Fulmer. They ranks right up there. Those do-it-yourself river runners would have been really fun to boat with, as would Otis “Dock” Marston, Joe Munroe, “Patch” McCairen and Fred Eiseman. All these folks inspire me.

DBP: Many amazing women have made the journey down the Colorado, some of them true pioneers of the sport of river running at that. In fact, in the Grand Canyon many amazing feats happened that predate women participating in outdoor recreation – heck, some of these adventures predate women suffrage! Can you tell us your favorite example?

TOM: We know nothing about First Nation women mariners, which is a shame. I bet over the last 10,000 years there were many. On August 14, 1872, Ellen “Nellie” Thompson rode the boat named Canonita through the Paria Riffle. Nellie was John Wesley Powell’s sister. Someone I really admire is Florence Linda Renaker. Florence was the first woman we have a record of to make a trip alone on the Colorado River, going from Hite, UT, to Lee’s Ferry, Arizona, 167 miles in a rubber raft in 1950, before Glen Canyon Dam was built. Of course, other really cool Canyon cruisers are Barb Wright, the first woman to kayak all of Grand Canyon, and Patricia “Patch” McCairen, who in 1982 was the first woman to do a solo river trip through Grand Canyon. You most likely know Patch wrote about her experiences in the really cool book “Canyon Solitude.” 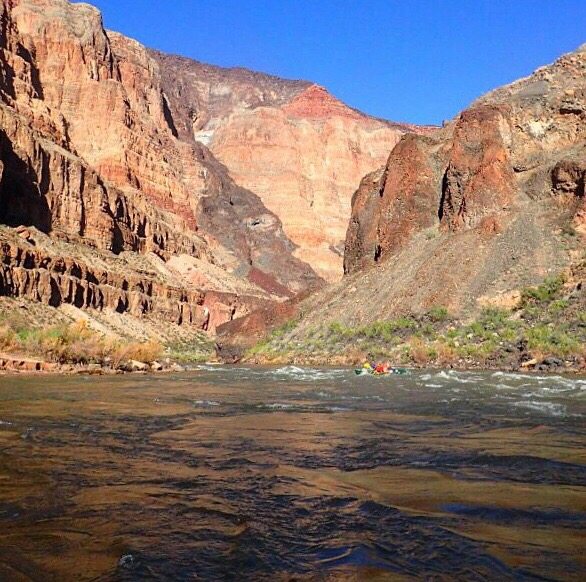 DBP: Perhaps the most polarizing figure in Canyon history is Martin Litton. What are your thoughts on his legacy?

TOM: Some like to point out Litton never compromised, and I gain strength from that thought. That was true for the Redwoods and Marble Canyon Dam, and many of us agree with his uncompromising views on those subjects. If you take a hard look at Litton’s activism, you’ll see he did some great work with a team of others in helping to stop Marble Canyon Dam and to save the Redwoods in California. We river runners like to think another river runner stopped the project, but in reality, Litton was one of many.

When it came to wilderness protection for the Colorado River and Backcountry in Grand Canyon, Litton was equally uncompromising but with a twist. During the 1970s, the NPS attempted to embrace wilderness management for the Colorado River in Grand Canyon. This included the phase out of motorized tour boats on the river, giving do-it-yourself river runners more access, and hauling out solid human waste. Martin was uncompromisingly opposed to all three, putting his business interests ahead of equitable access and wilderness resource protection. 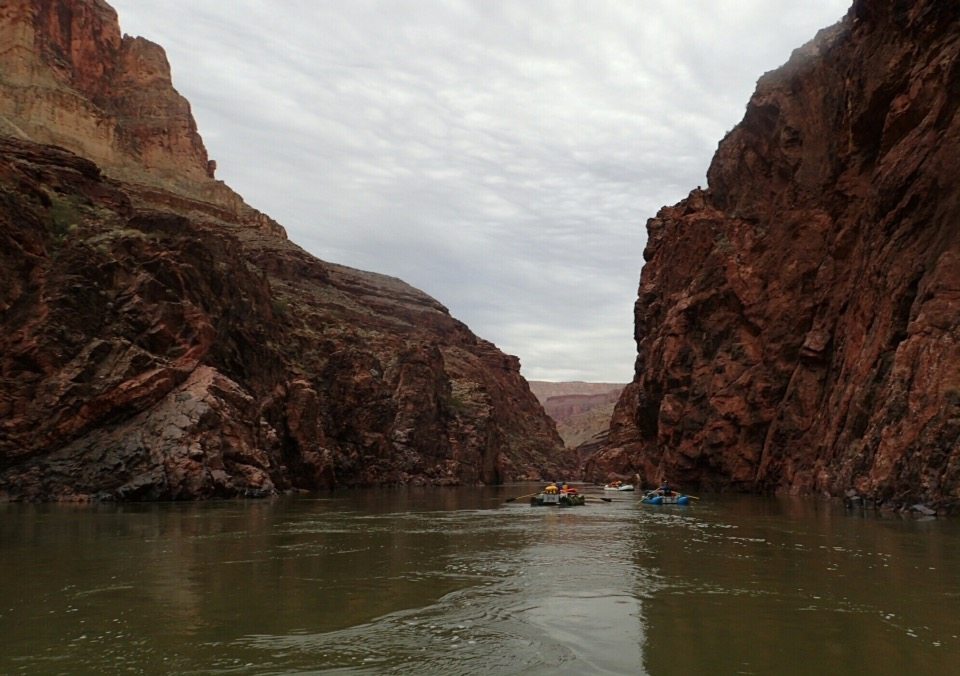 DBP: You are also one of the main activists on the Colorado River scene. In your opinion, what is the impact of the National Park Service’s permit system on access for private boating?

TOM: It’s getting to the point where the instructions to play the Grand Canyon Do-it-yourself Lottery are more complex than the Tax Code, with PATL’s, TAOT’s and OTAY rules. The permit system turns away thousands of river runner hopefuls every year. This discourages do-it-yourself river runners from ever rafting the Grand Canyon. That does nothing to foster river running and is not how this permit system should be set up.

As do-it-yourself demand for permits continues to increase, the NPS refuses to take a hard look at the level of their commercial river services while complaining to Congress about the lack of relevancy in today’s high-paced world. How is it we are encouraged to “Find Your Park” and when we do, we also find a one-trip-a-year rule. The rule is actually a one-river-night rule. Meaning, if you pay your $100 and hike in and spend one night with your river friends and then hike back to the rim, that counts as your one trip a year.

I’m sorry, I have wandered out into the weedy details of the Tax Code, errr, I mean, the river permit rules and regulations. It’s hellish. The river concessions all have web pages, and a few clicks of the mouse and a credit card buys you very expensive but immediate access. How is this fare to the do-it-yourself public, the American public who cannot afford the river concessions high prices, or the very concept of wilderness access? 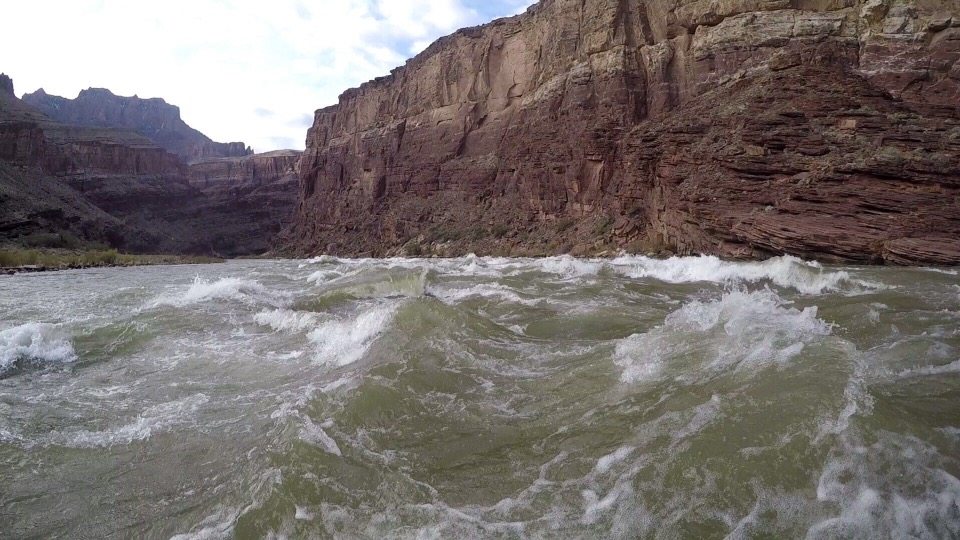 DBP: You wrote BIG WATER, LITTLE BOATS, an amazing biography of an original boat builder and river runner, a real forerunner of the spirit we have inherited and try to live up to- Moulty Fulmer. What would his take be on permits, do you think?

TOM: Moulty Fulmer and his do-it-yourself river running friends from the 1950’s like Otis “Dock” Marston and Pat Reilly would be hopping mad if they saw what the permit system has become. River runners who came after them in the 1970’s like Joe Munroe and Fred Eiseman had to sue the NPS to make room for do-it-yourself river runners as the commercial operators had gobbled up all the available launches. We had to do this again in the 1990’s. While the litigation efforts forced the NPS to address the inequity in allocation, the way the NPS did it was to simply pile more river trips into an already overrun system.

Moving into the next century, our goal will be to come up with allocation free permit systems where all river runners get a chance to compete for all the available trip launches. Wilderness river management is not supposed to be set up to subsidize a small handful of business owners at the expense of their underpaid employees, overcharged commercial passengers and the do-it-yourself river runners who enter lotteries for the table scraps of permits that are left over. 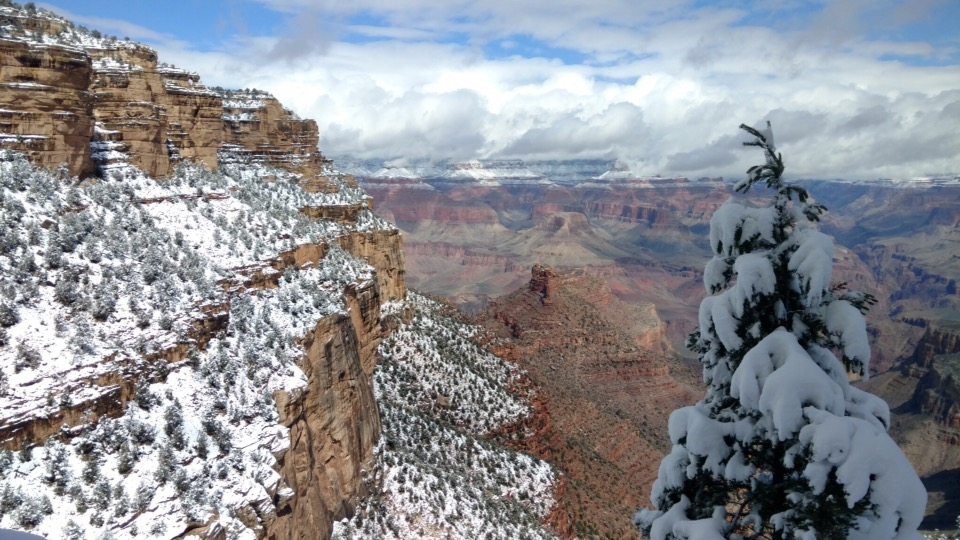 DBP: You aren’t known as a fan of commercial trips like the ones pioneered by Georgie White in the beginning of permitted trips. What is the impact of motorized boating on the health of the Grand Canyon, and the experience?

TOM: To be historically accurate, the commercialization of river running in Grand Canyon came about when a few do-it-yourself pioneers blocked out all the other do-it-yourself pioneers with the help of the Park Service. That model came to Grand Canyon in 1956 from Dinosaur National Park, where Buss Hatch worked with the NPS to make sure no one could access the river unless they went with his river tour company. Commercial use increased exponentially and by 1970 the NPS had to freeze all river use in Grand Canyon as the river had become too crowded and campsites were full of trash and human waste. The commercial operators then made a mockery of National Park Service wilderness management by blocking NPS attempts to phase commercial motorboats off the river.

Today, the majority of commercial trips are fast motorized tours and represent a classic example of wilderness miss-management by special interest using Congressional pressure and a Trade Association to ignore Park policy. The river in Grand Canyon is all about time, slowing down and experiencing the place with friends and family. While fast and large motorized river trips benefit the commercial operator’s bottom lines, this type of trip set a terrible example for wilderness management in a National Park like the Grand Canyon. To this day, do-it-yourself river runners struggle to obtain a permit through a very competitive lottery to raft the wilderness Colorado River in Grand Canyon. Meanwhile, entire commercial motor trips may be immediately chartered for this and next year at a very high price.

DBP: I would like to ask you about the proposed resort on Native lands and construction of a tramway to the bottom of the Canyon just outside the National Park. What would the impact of construction be on the fragile ecosystem of the Canyon?

TOM: The impact to the wilderness resources of the Grand Canyon would be tremendous. Up to 10,000 people a day with their trash and human waste would directly impact the Confluence of the Little Colorado and Colorado rivers. This location is sacred to a number of First Nations, including the Navajo, Hopi, and Zuni. I can’t speak for these cultures and how this construction would impact their sacred ceremonies. I can ask your readers to imagine what building a tramway to the top of Saint Paul’s Cathedral in downtown London would do to that sacred space. Tramway construction and all the related build-out would destroy the very heart of this place.

DBP: A fact of life for boaters on the Colorado is they have to pack out what they pack in, even the human waste that their food becomes. On a raft this is done with big lidded cans called groovers. This question may seem dumb, but what exactly will happen to all the sewage created by thousands of tramway visitors a day?

TOM: It’s not a dumb question at all. The tramway developers have not said what they intend to do with up to 10,000 poops and pees a day that could occur at the bottom of their tramway. One of the last spawning grounds for the endangered Humpback Chub is a few 100 yards downstream of their proposed 10,000 square foot bathroom. 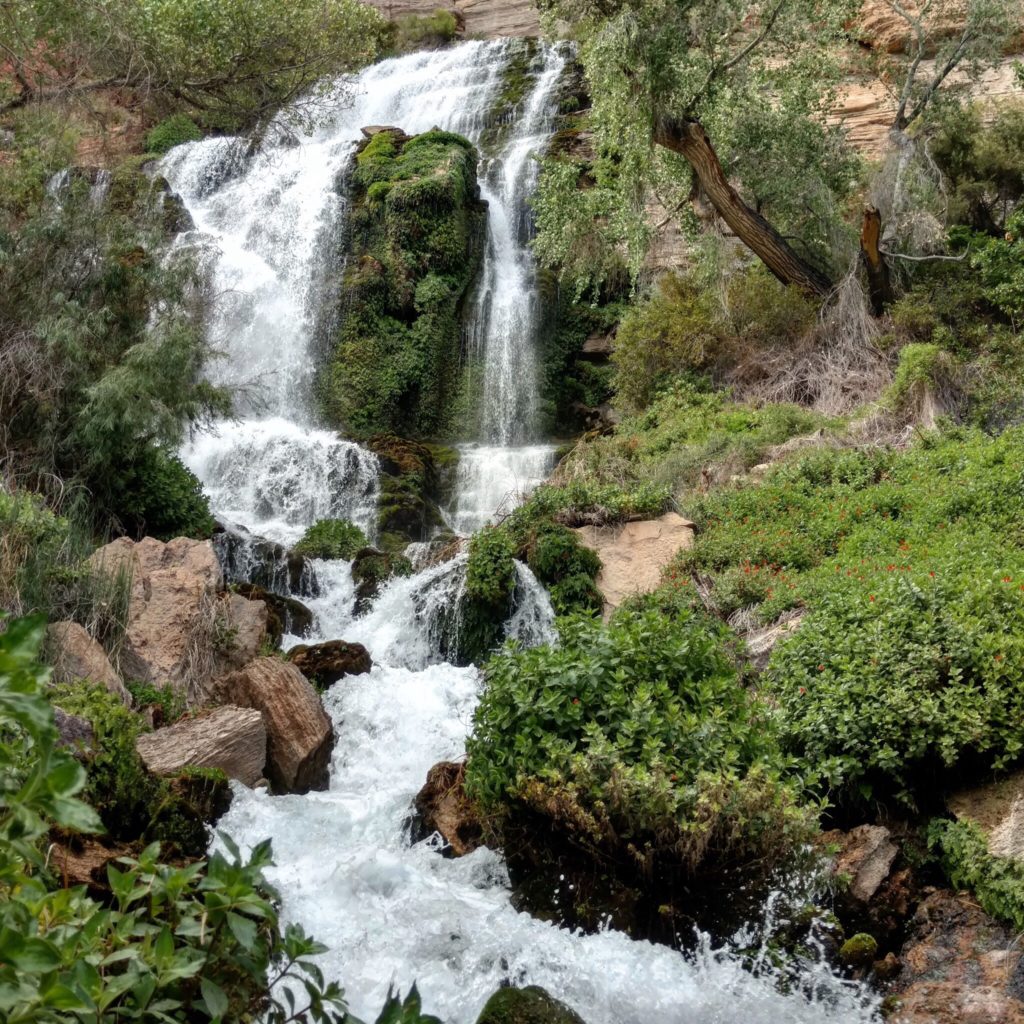 DBP: What can our readers do to influence the Navajo Nation into abandoning the Grand Canyon Escalade project?

TOM: Your readers can write Letters to the Editor in their local paper. That’s a great way to explain how developers out of Phoenix, Arizona, are attempting to influence the Navajo Nation tribal leaders. The developer’s scheme moves the vast majority of any profits made to the developers. Your readers can also point out that the developers have no track record of ever building anything like this, have not thought through most of the operational details, and their scheme is opposed by the local Navajo Chapters. 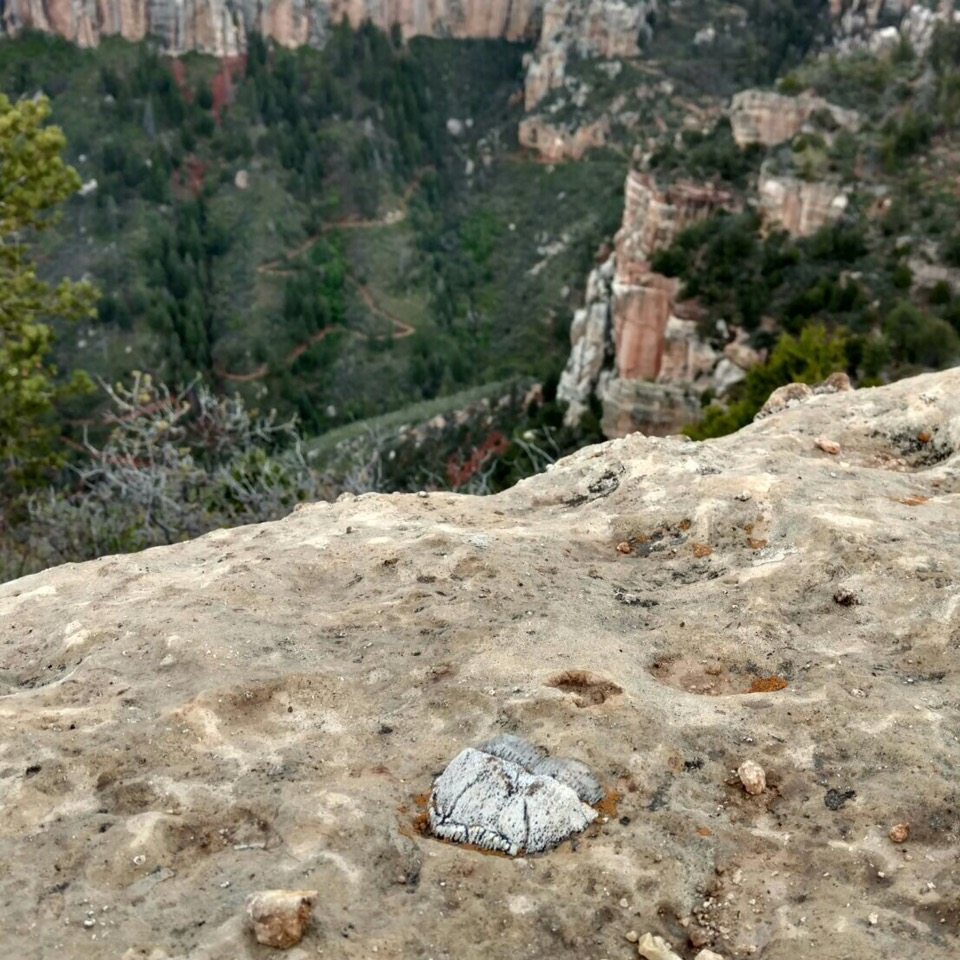 DBP: Tom, much thanks for taking time from your writing and speaking schedule to talk with and educate us. Please do keep up the work; future generations will certainly remember the things you’ve done and battles you’ve fought, I’m certain. One last question, and it’s a fun one. What location in the Grand Canyon is your favorite place to retreat to when it’s all said and done? Where does Tom Martin find his peace?

TOM: That’s an easy question to answer! Any square foot below the Rim between Lee’s Ferry and the Grand Wash…

I leave you with this thought. The biggest tragedy for Grand Canyon is the lack of Congressionally designated Wilderness protection. Everything else falls off the rails without that.

Photos for this article were provided by Haley Johnson, a local Grand Canyon lover who is heading up our SHOW US YOUR JUNK Little Colorado River Cleanup this weekend as part of the International Rivers’ Day of Action campaign. For more info-