Last summer, two major milestones of my life passed. One, thirty one years had gone by since beginning a career as a river guide. That also meant that in late June more than half my life had been spent as a guide. Neither three decades of working on the river nor my sixtieth birthday caused any celebration to speak of. There was no bonfire nor fireworks, no fancy dinner, not even a cupcake with a candle in it. No big deal, the credit probably belongs with myself. Self promotion has never been one of my strong points. Plenty of people have traveled further and run more rivers than I have. Many have taller tales than my tallest and, more than once I’ve been caught red faced and bristled at being called old man.

True, my career began with a bail bucket at my side, a full ten years before most of my present day peers were born. Most of my years have been spent on seven rivers in the southern Appalachia region, working for the same company for twenty seven years. Guides would usually shift from river to river to answer needs. As the industry grew, most guides settled in at one river for the season. Around that time the Chattooga became my home river and more than half my career has been spent there. By the mid-nineties I began topping off the rafting year in West Virginia on the Gauley River, making it a tradition for eighteen years. Friendships and good fortune have provided me with two trips down the lower canyons of the Rio Grande and seven runs down the Colorado in the Grand Canyon. Five of those trips have been private, and two of them as a volunteer Baggage Boatman with Grand Canyon Dories. 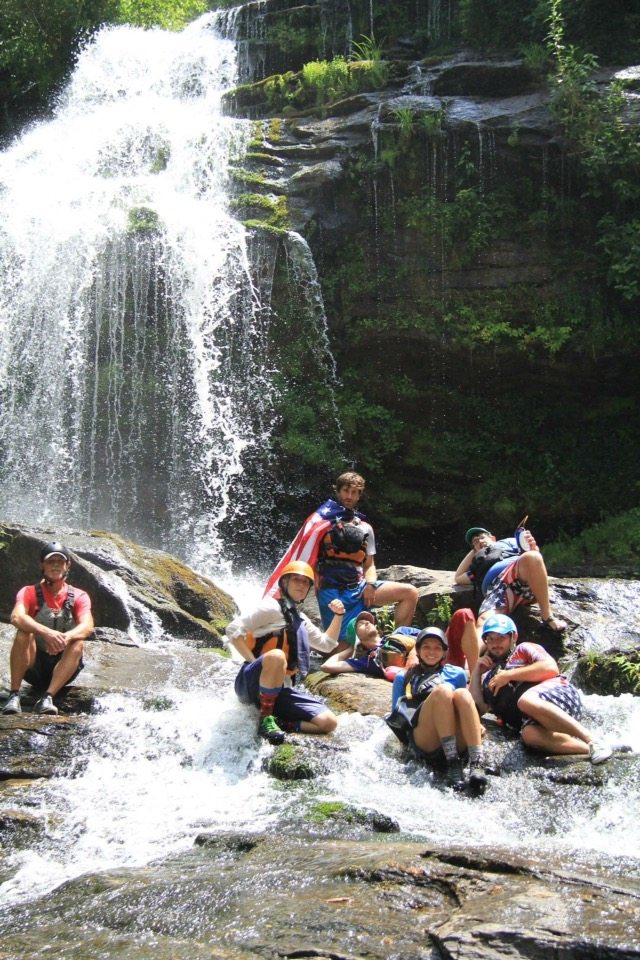 There is one beacon though that keeps drawing my memories back- the Bio-Bio… Along with these memories, a tangle of emotions tumble out into the light with them. In the mid-eighties Endesa, the state owned energy corporation of Chile, had completed studies to build a series of six dams and hydroelectric projects. By the late eighties Endesa had gone private and funds from the World Bank and other sources came rolling in, and the momentum would prove impossible to stop the project from going forward along the course of the river. The outcry to save the Bio-Bio became international, but the effort was probably a case of too little, too late. Studies and preparation were complete and thorough in the opinion of the power company, the World Bank had already approved a loan and private investors clambered for a return on their investment. The Chilean government was eager to reap the benefits of a large source of electricity. The collateral social and environmental impacts were way down the list of the builders concerns, if even acknowledged at all. 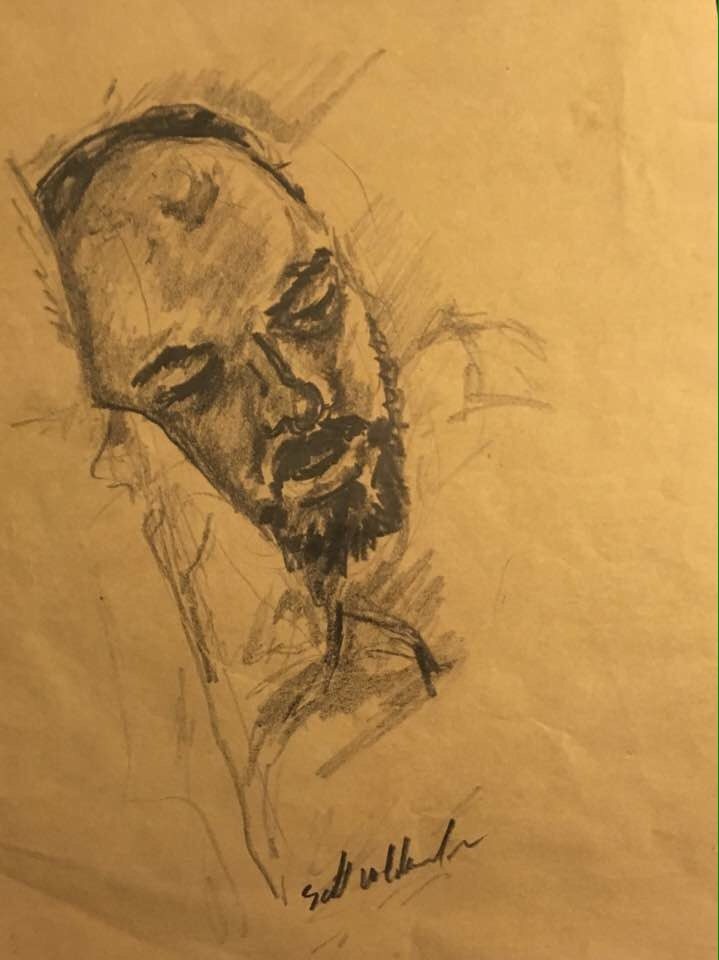 Resting on the flight home from Santiago, 1991. By Scott Wildermuth

As is the case elsewhere in the world where high dams are erected in remote areas, the indigenous peoples of the valley, the Pehuenche, were considered little more than a nuisance. Little or nothing was done to facilitate their displacement. They had held their own against Spanish conquest and colonization. Immovable and unconquered, they were left to their mountain strongholds. There they lived basically as their ancestors had, as hunter gatherers, living in the valleys in winter where the climate was mild and returning to the high Auracaria forests in summer to collect the Pinions or pine nuts of the trees, a staple of their culture. They proved adept with the introduction agriculture and animal husbandry, as it fit well into their annual migrations to the mountains above. They became masters of equestrian warfare on the horses acquired from the Spanish, which was essential to the resistance of domination. Crops planted in spring added to the food stores and the meat became a part of their diet. Goats and sheep provided fibers for clothing as well and oxen carried loads and provided muscle to do heavy work for hauling and construction, as well as tilling the land and delivering piniones for trade. The collective name of the indigenous people of Chile is Mapuche, which in their language means “people of the Earth”, and the Pehuenche were no different, living in harmony with the seasons and the land, in tune with the Earth.

When I look back to that light mounted on the summit of my career, I still remember the awe, excitement and near intimidation of traveling in a country without the language of the people that I met. But, the Chilean people`s hospitality and good humor were disarming and I made plenty of friends in spite of the language barrier that faded as the years went by. Some of my older friends may have passed by now, their children grown and raising families of their own. Even among the street kids, I got to know the hustlers that seemed to operate on a higher code of honor. Their people skills and entrepreneurial spirit have probably taken them to greater heights than the streets and parks where they mingled with the tourists. Kids are kids everywhere, but their bold curiosity made me think, maybe this is what it feels like to be a rock star with an entourage as I moved about their home towns. Seems I got to know them everywhere I went.

I made a lot of Chileno friends while traveling there and needed to look them up when I was in their area. We have in the US what we call Southern Hospitality; I guess it just gets stronger the further south you go. There was my adoptive Chilean family. I never failed to visit them for a week or more each year, living on the edge of one of the hottest tourist destinations in the country, Pucon. Their house was old, crooked and cracked, and surely quite cold and drafty in the winter. Cooking and heating was the job of a small wood burning cook stove in the kitchen. Bathing was done out of a pot of warm water and the outhouse was relocated every couple of years.We always set aside a day to go fishing and coupled the trip with gathering materials for their art. They taught me how to cast a hand line spooled around a #5 coffee can as a reel and later how to attach a paperclip bent into a loop as an eyelet at the end of a bamboo pole. We would cook the fish, or whatever our evening meal, together. In their house I was introduced to a good number of classic Chilean dishes and ingredients, always simple fare. We drank wine till late at night and shared mate in the morning. The most amazing thing about these folks were the carved wooden flowers that they made for income to keep their family of five. The flowers looked so delicate and real that even bees had to do a double take to be sure, yet I still have a few that have borne the years and rough handling well. The friendship, hospitality and generosity came from nowhere but their hearts, as delicate and durable as the wooden flowers that they crafted.

The night before I left, knowing that I might never see them again, Helga, the mother of the family, leaned across the table and said to me gently in Spanish, “You are rich.” I tried to explain once again, what I was sure they already understood: my airfare was paid by the company I worked for; I wouldn’t be paid for my work until I arrived home; whatever in-country expenses I had, came from whatever money I managed to save during the summer at home. It was never enough to travel and tour about the country sightseeing, or to do the one thing I would want to do the most, run rivers for pleasure. For have-nots who lived on the outskirts of luxury, I believed we had a mutual understanding of what it meant to be rich. She hushed me by softly taking my hand and looking into my eyes with a look of genuine love and said again, “Tu eres rico”, and I understood. The next morning after hugs and kisses from them all, I lifted my backpack to my shoulders and walked away with enough pesos to make it to the airport in Santiago. I didn’t look back. I didn’t want them to see all the wealth pour from my eyes and roll down my face. I was enriched by knowing them.

When I first came to the Bio-Bio, I considered the river to be within a wilderness. In first aid and rescue terms, we were more than two hours from medical care, even from the takeout point. In our earliest days we may have been as much as two days out depending on the location on the river. To be sure, it was a rugged and isolated landscape. 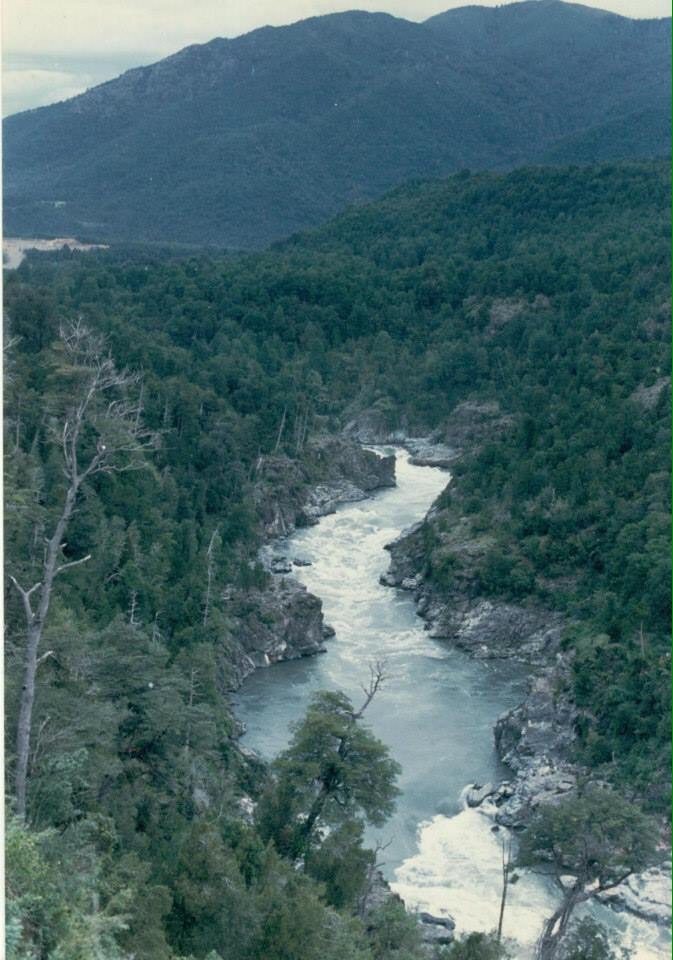 EDITOR’S DESK: The cost in rivers lost to dams is more than the rapids we can no longer run, or the ecological destruction of river and riparian life. Often overlooked is the loss of the indigenous communities that have made these precious rivers their home for millennia. Perhaps that’s easy to miss, being Americans with a short national history and even shorter attention spans. But for the people of the Bio Bio, the loss of the river literally spelled an end to their way of life.

A person interested in whitewater can read about the old rapid descriptions of the Bio Bio from SOBEK trip notes perhaps. A similar search will turn up what’s been lost beneath the Glen Canyon Dam on the Colorado River. Soon, that will be the same for the Rapids of the Zambezi and the White Nile, and perhaps the Rio Maipo. But the silent histories of the small people and the plants and animals who call these places home are much obscured. Don’t forget the true cost of electricity as you power up your computer or charge your smartphone today. Give an offering to the spirit of the river next time you paddle your home stretch, for it is all One River.

Sometimes our rivers are returned to us, like the story of the Elwha River. But don’t be fooled. The river itself doesn’t heal quickly. The river life does not hit reset.
Perhaps one day the legends of the Bio Bio will be heeded…