EDITOR’S DESK: The commercial rafting season here at Kosir’s Rapid Rafts, the original headquarters of Dirt Bag Paddlers, has always opened on the first weekend of April. We thought we would close out our international focused March issue of DBP MAGAZINE ONLINE .COM with our typical photo spread by showing the rest of the global community our home here in northern Wisconsin and the Upper Peninsula of Michigan. This area is so little known generally that even in the States most people don’t even know we have legitimate whitewater. We called on scientist, photographer, and raft guide, DBP Admin Jake Ring to present a tour of some of the beautiful sights of our pristine whitewater runs here in the Northwoods wrapped in the slumber of Winter’s embrace. In the next few days and weeks these rivers will all be revived and running full strength with the vigor of yet another Spring runoff! Let the fun begin! 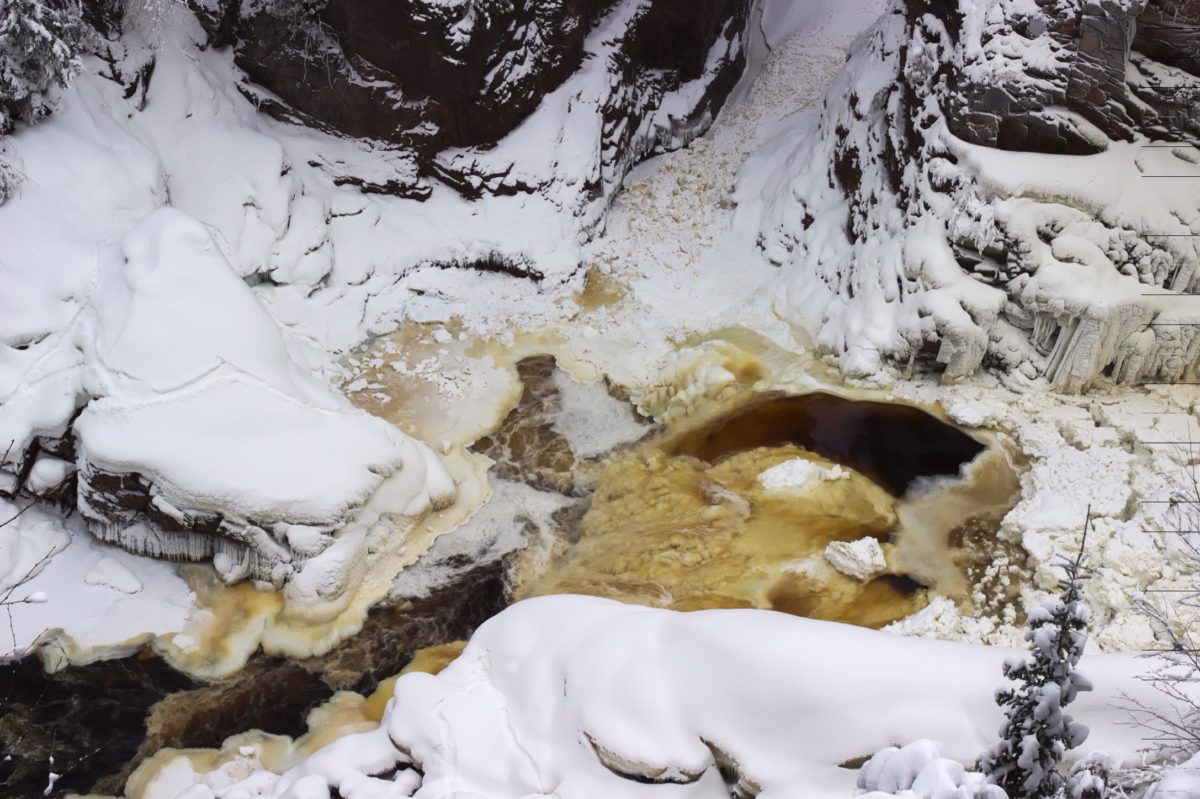 Where the Bad and Tyler Forks meet is a special place. Nestled deep in a narrow canyon, the rapids and falls run a little bit quieter during winter. When they are covered in this much snow it bodes well for spring.

Sometimes you can feel it right away.

A lot of people see the Virgin Mary or some person in this one. You can decide for yourself. 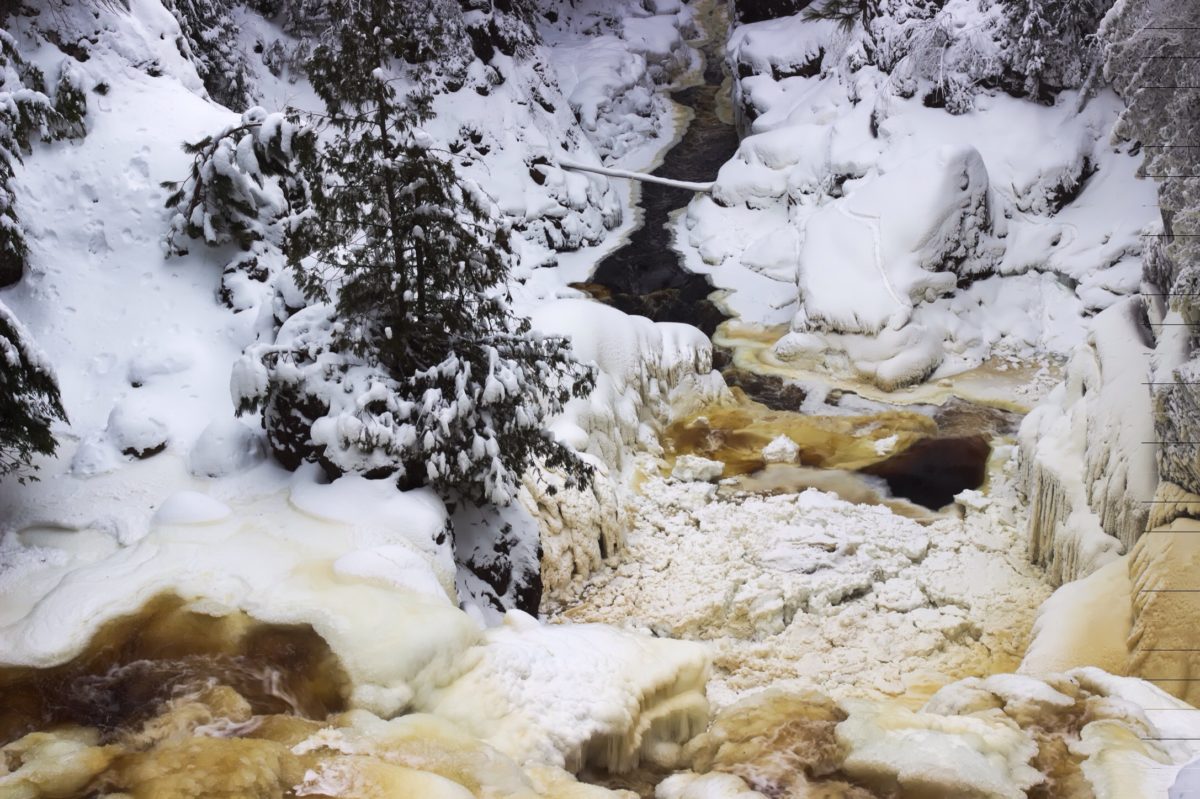 It’s easy to spend a long time in a place like this. Really, the entire river “valley” and watershed is worth exploring around Copper Falls State Park and beyond.

As the ice melts and the days get longer, rapids like this one change every day. 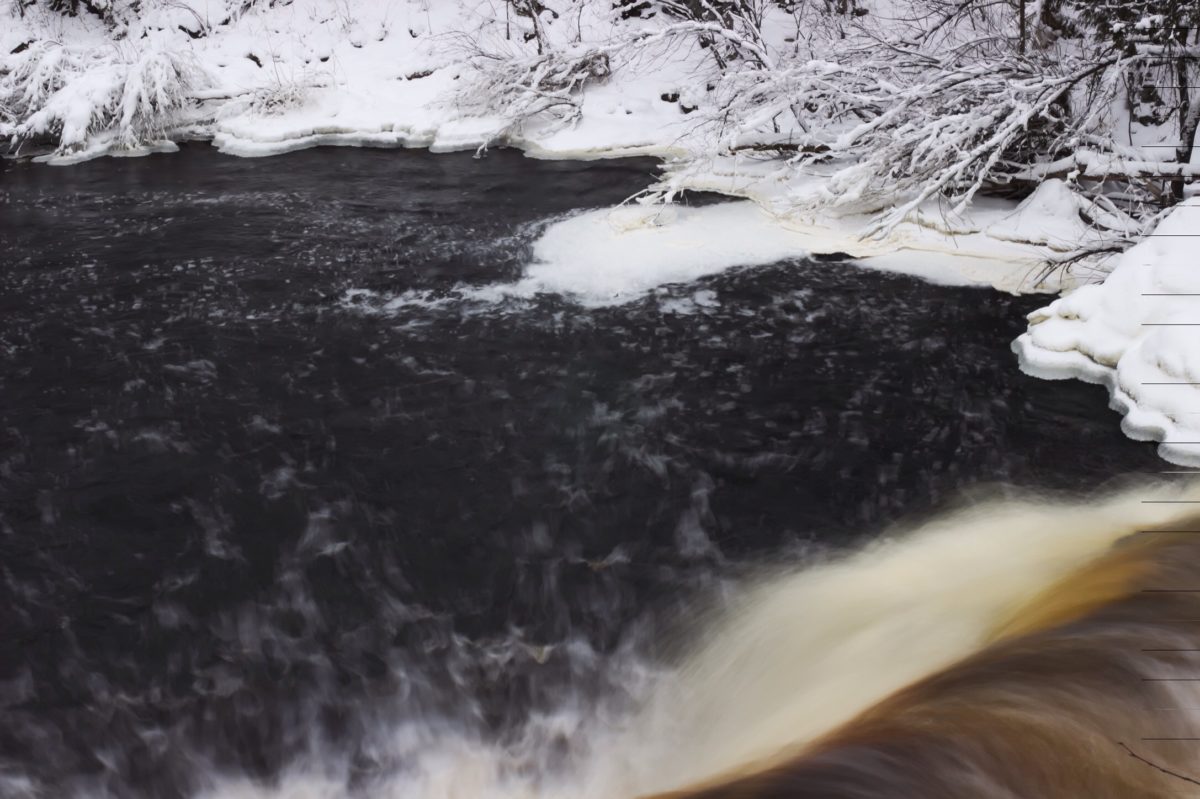 The Montreal River forms the border of Wisconsin and the Upper Peninsula of Michigan. As the river flows downstream, the drops get bigger. Interstate Falls (shown here), is just the beginning. Downstream is Saxon Falls and below that, Superior Falls. Only a handful of descents have been made down either, and for good reason.

Winter also leads to funky local phenomenon. This ice dam was so large that it had backed water halfway up the rapids above it (Big Falls on the Eau Claire River). Since much of the gradient was located in this spot, it was flooding on the smallest of scales, a few feet up a rapid.

Another gem of the Black River, Gorge Falls is aptly named as it lives in the heart of the magic. Go there once and see for yourself.

The lower Black River in the Upper Peninsula of Michigan has a series of large drops in relatively short succession. The culmination of these is Rainbow Falls, shown here. Due to the unique nature of the conglomerate rock and winter flows, it lends itself to some stellar ice formations.

From here the water flows to the Wisconsin River, and then to the Mississippi River, from there eventually reaching the Gulf of Mexico. Below this location is a reference site where I get to do some stream sampling work each year. As far as I can tell the fishery here is doing quite well. Given the above example of connectedness, it is interesting to consider that there are a lot of Burbot in this stretch, a freshwater relative of the cod.

Another river that forms the border between Wisconsin and Michigan, the Menominee begins its journey through Piers Gorge with Mishicot Falls. Some of the bullshit stories I told the rafting clients about the origin of the name “Piers Gorge” include a former scientific lab, treasure seekers, and anything else we could come up with around the campfire. It didn’t really have to be a good story either, however that was the point.

The First Sister in Piers Gorge provides a solid Class IV hit. This stretch is the biggest commercially run whitewater in the Midwest, looking a bit less intimidating from this perspective high up at the top of the gorge, but the roar of the rushing river far below leaves a person with no question of its power. 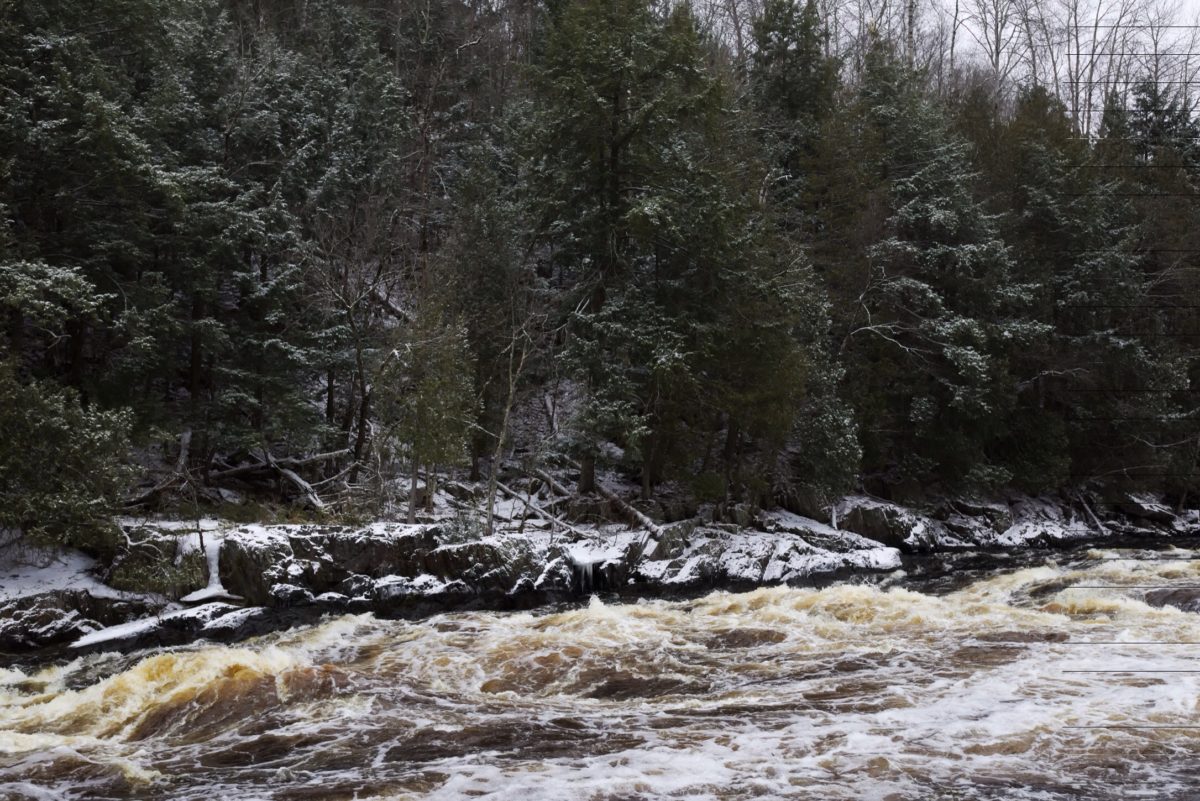 The Second Sister (also pictured in the first photo of the spread) is a favorite, if short, surf hole for kayakers in search of Wallace. At normal summer flows its the last blast in the gorge proper, but during periods of extreme high water a third step-sister river wide wave forms just downstream. All in all it is one of the most popular boating destinations in our area.

CLOSING NOTES: We hope you’ve enjoyed this special issue. Compete together in a spirit of camaraderie with other paddlers no matter where they call home. Protect your local river, and speak out on behalf of the rivers around the world that are our collective heritage. Consider supporting non-profit organizations and legal protections that will benefit the future. And get out and enjoy those flows! THAT’S living the #OneLoveOneRiver Philosophy on a global level! Cheers, Dirt Bags!