“Never let them look in your box.”

It’s probably one of the first and most profound lessons I’ve learned from a boatman. It seems almost too simple. You can ask almost any river guide, what’s in the box and likely get the same answer. “It’s a secret.” 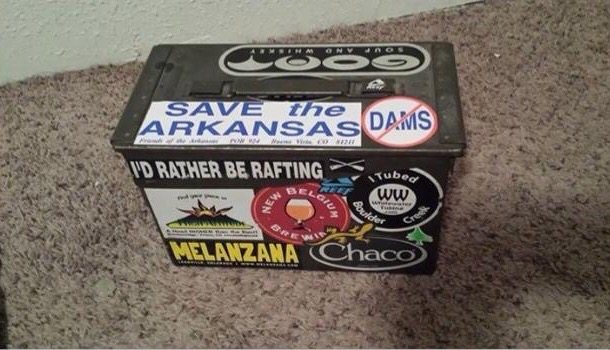 The secret can also apply to: that bag, that ammo-can, or even, that cooler. The easiest way to explain is to start with the cooler. On multi-day river trips the cooler exists on a level with shrines. It is the source and keeper of food. It needs to be kept clean, organized and drained of excess melt water. The best way to accomplish these is to keep the lid closed at all times except for collecting food or doing maintenance. It is strictly forbidden to store or chill beverages in the coolers, as that robs ice, more necessary for food storage. Coolers can get jostled and bumped around during the day and sometimes contents move about dramatically. Ice conservation can, at times, forestall reorganization until after dark to prevent exposing the insides to the heat of day. But, I may have to admit, there could be a can or two of beer in there for after the big day or maybe even the take-out. You don’t know that. You don’t know that because it’s a secret. Even if the boat flipped that day and you assume the worst for the guts of the cooler, you won’t know. It’s a secret. 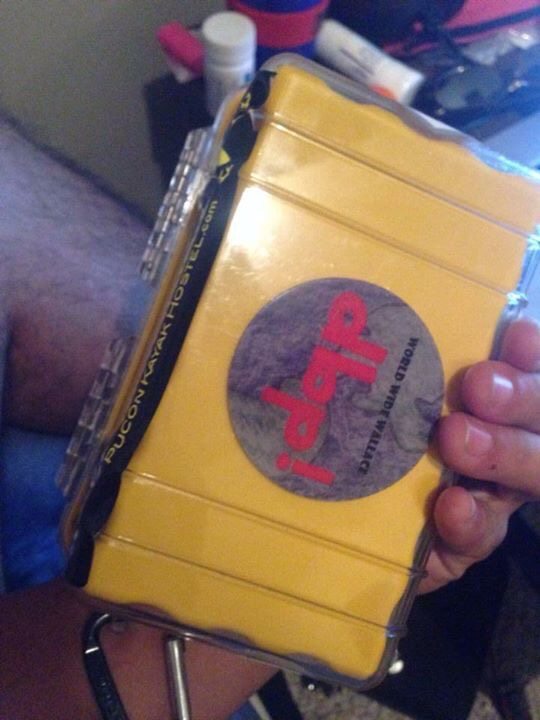 The same applies to a guide’s personal dry box, ammo can or bag. Now though, it gets a bit more complicated. I wouldn’t assume there is some sort of contraband, but a line must be drawn and this is the place. It’s a “personal” box. Explaining the photo of loved ones or friends that have passed might be hard to talk about. Leave that for their comfort. An engagement ring, a letter of rejection from a sought after job, a really cornball caricature of the trip leader; one might be good, one bad and the other may depend on timing.

Guides have an internal box too. There are some secrets they take out and share, some they don’t, others it’s all about timing. Little secrets that get left to timing, such as: your helmet is on backwards; the pillow on your PFD is on the inside; or, you have completely the wrong kind of shoes, are at a guide’s discretion. Hopefully some of your fellow crew members will notice that you look more like a medieval knight with a camel hump than they do. Then, timing has comedic value. There also are philosophical secrets. Crocs don’t float as fast as a swimmer and tend to get pushed out of the main current. The river keeps some secrets…and Crocs too. 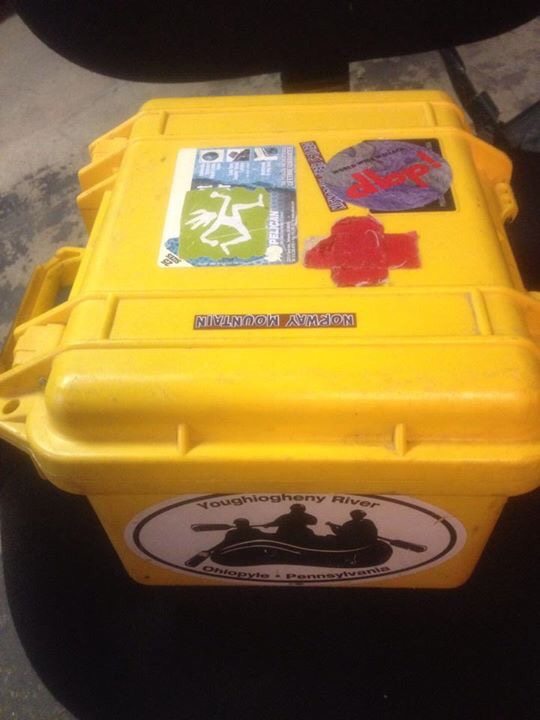 Some of what people seem to think of not thinking of makes it kind of a secret. So, let’s take care of some of these quickly. Hey, this is not a ride, it’s a sport. Depending on the river or the rapids’ difficulties there is some measure of physical activity and risk involved. Riding in a car or bus just to get to the river trip is potentially more dangerous than the river. Stepping in and out of a bathtub may be worse than both. Yet, it seems to be no secret that if you run rivers often enough and big enough, you will flip and Wallace eventually (or repeatedly). Secret is: you don’t want to do it today. Be careful driving home…and whenever you bathe.

Water levels, rapid and river classifications have such a mystique surrounding them, being elements of the Unknown. Let’s identify some of the secrets. Without going into the whole: Class I is for napping on; experts don’t do Class VI. Just remember, higher ratings have less to do with having a good run and more to do with having a bad run. If you think that Class V rapid wasn’t very exciting, you might want to keep it a secret. The river might remember and remind you. As far as water levels, it doesn’t really operate on a continuum. Don’t be misled into thinking high water is fun therefore anything less would be less fun on a scale. Danger and risk, that part that makes it a thrill, doesn’t go away. It just moves to a different place. Fast current and strong holes can be replaced by steep drops and rock sieves. Free flowing rivers are good and droughts are bad. Not all dams are monsters. Sometimes the secret is in your perception. 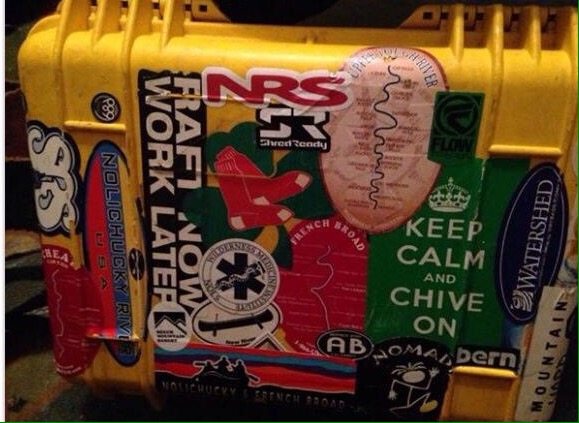 There are some secrets that we really would not like to share, kept in that internal box I mentioned earlier. Every guide has one. It might seem innocent to ask, in a general or casual way, if anyone gets seriously injured or dies doing this. Recall our lesson about driving, it’s dangerous and we live with it. Running rivers is the same, but I think statistics make it seem safer. Tragedy in either case is not rare enough, yet, somehow it has a greater impact on a river community. We’re smaller, tighter and more frequently on the water. So it comes home hard. On some rivers I’ve worked it would get tedious to list off the incidents I know of while floating downstream. It wouldn’t serve any purpose.

On a lighter note, in the category of secrets you might not want to know: It’s probably a bad idea to ask, “what’s the worst crew you’ve ever had?”, late in the day. At the same, it’s also not a good idea to ask about our biggest crashes or most epic runs too early in the day. Some stuff stays in the box.

Whether we say we meant to or didn’t mean to do something, some people in a group think we’re keeping a secret. In tough cases I can claim that I did it on purpose, but thought it would come out differently. Make no claim, lay no blame. That sounds better than, “Remember when I said, ‘Back on the left’? Yeah, y’all were on the floor giggling.”

It’s no secret that all river guides are not the same. There may be some similarities based on a few factors like region, river, or company. A river or company may be busy enough to reflect the diversity of their clientele in their employees or they may be a small, family owned and local employer. Southeastern guides don’t speak like Maine guides. One river may command more respect than another and guides may reflect the difference in their caution. And, no, we do not all have tattoos. We might be similar in some ways, but, we’re uniquely different. Secret is, that’s the way we feel about you.

It’s probably safe to say that I’ve worked with more than a thousand different guides over the years. One of the best kept secrets is that though the average career is but two to five years, a large number go on to other, more impressive walks of life. Some are (and some will be) lawyers, doctors, activists, bankers, sculptors, musicians, painters, teachers, hunters and engineers. Encourage your guide to share some secrets, you may be amazed.

Sometimes our guests help to reveal secrets. Although I’ve never figured out if “the rocks on the bottom of the river are they the bottom of the river or just rocks on the bottom of the river?”, they do present some profound questions that might expose some secrets. Just this summer I was asked where the guides live. I could have said, “in a van down by the river.” But it’s no secret many a guide have. That might have gotten a laugh. I have lived in makeshift tent cities for months at a time, and even gone without a bath for several days. Feeling a little more upscale, I told him about our little 8’x12′ half walled and screened in cabins with tin roofs. I mentioned the bath house and the cookhouse which acts like a community center. Then, for a touch of the rustic, I added that the cabins had no electricity. A moment passed and a teenaged girl said, “you mean you sleep without an air-conditioner?” I hadn’t thought about it and for the next couple nights I didn’t sleep well. I realized the secret. The person in the next cabin, the next tent or the next van downstream has it the same. When you choose a little bit harder existence it’s easier when you know you’re not entirely alone.

This fall a guest walked me right into another one when they asked, “Do you make good money?” Without missing a beat I dryly replied , “My boss thinks so… secret is, sometimes that doesn’t account for half of my income.” As a rule, I’m not a self promoter, but the pitch was perfect. A Grand Canyon Boatman put it differently, “Hell, I got bills like anybody. I got a mortgage, car payments, insurance, utilities and groceries like everybody else. So, I don’t know why, but I just bought a new boat too.” Or: it’s something I might be doing anyway, I might as well get paid and do it for somebody else. Makes it kind of hard to figure the real value. Then again, we’re not negotiating contracts with benefits either. I’m not an economist, and it’s not a secret. We’re not getting rich.

Probably one of the biggest secrets is that we don’t do it because it’s fun. Sitting on the tubes of a raft or holding onto the gunnels of a dory is like hanging out the door of a freight train moving like a slow roller coaster or riding the back of a large but graceful beast. Imagine having the train throttle or the reins of the beast in your hand. It feels good.

Your guide will share lots of secrets with you. With this you may have some insights for a good conversation about secrets. You already know what’s in the box. ~Taz

EDITOR’S DESK: Associate Editor Kevin “Taz” Riggs has guided over 30 seasons on rivers ranging from the Chattooga, Nantahala, New, and Gauley, to the Bio-Bio in Chile. He’s a Dirt Bag Paddler for LIFE.

Pictures of the dry boxes are from a contest on the DBP Facebook page in 2015: SHOW US YOUR BOX. Keep yours fully loaded, for safety’s sake!

2 replies on “WHAT’S IN THE DRY BOX? ~ And Other Secrets from 30 Years Spent Raft Guiding. by Taz Riggs”

Awesome article. Guided from ’95-’98 commercially and was trained on the Chattooga by Taz. A stand up guide and phenomenal teacher. There is nobody i would rather have on the river watching my back other than Taz Riggs, Eli Helbert, Dave Gale, and a couple others. Very true about the dry box. Good stuff. Thomas NOC Chatooga ’96 Pod