Pesh Fest was great this past weekend! High flows on the Peshtigo and the Midwest kayaking community enjoying every minute of it. This was the 2nd annual installment and it was the best so far! The Peshtigo was running around 29 inches the whole weekend! That is the highest I have ever seen it and I believe is a record for this time of year. Mother Nature delivered plenty of rain to make kayaking and rafting a great time! 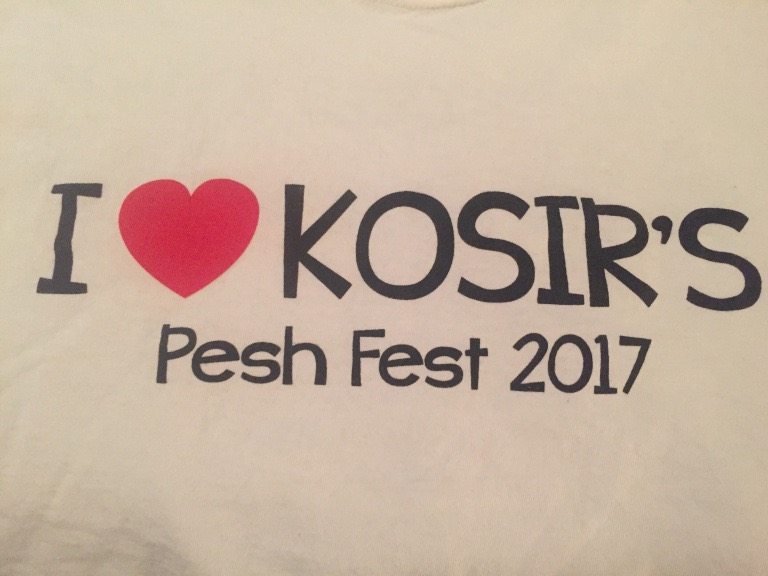 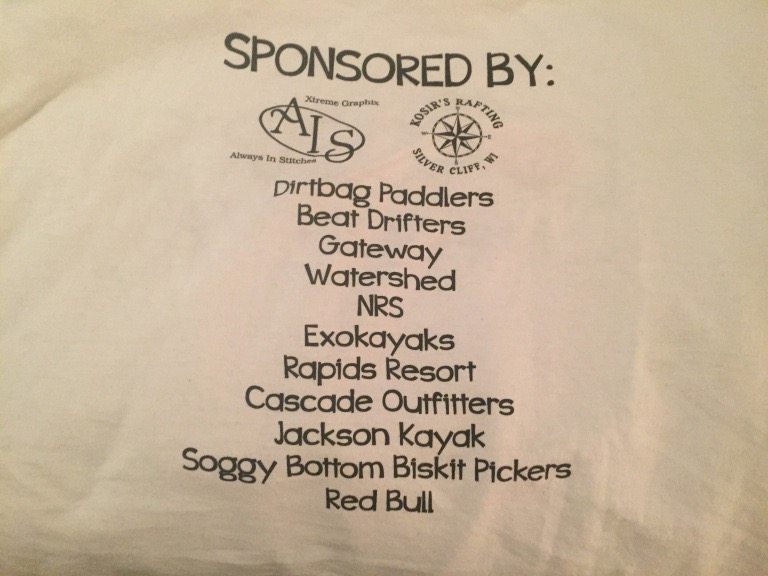 I carpooled up to Kosir’s Rapid Rafts on Friday afternoon with {DBP Admin} Willy Heindel and met our buddy Austin Strayer at the campsite. We were setting up the camper when Jeremiah Euclide and Anthony Collins rolled up in Jerry’s “camper” van. They were poised to make a run down the river before dark. I helped them run shuttle and then it was off to see who else had shown up for the festivities. 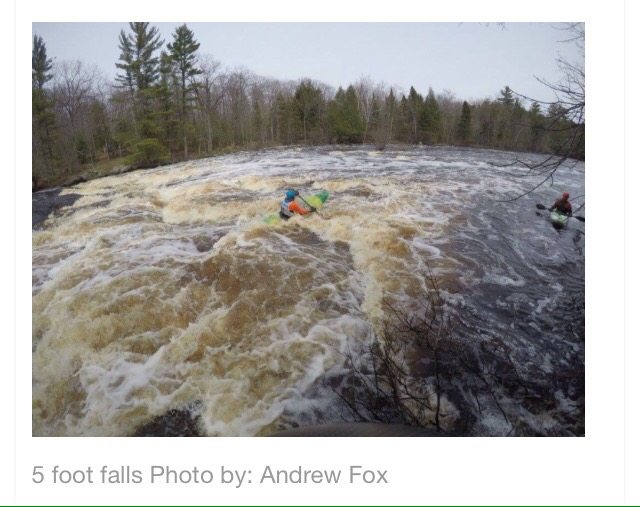 On Saturday morning, I woke up ready to run the river with Collins, Willy and Jerry. We put on around 9:30am and made our way down the river. I had just paddled it the Sunday before with Will Bethke and Ashley Knutson, but that was only around 25 inches. 29 was a different animal and that was evident at 1st drop. Collins had paddled it the week before with Jerry and sure enough it gave him a beat down and swim. Ashley had a similar run when we paddled it and of course Willy fell victim on our first run on Saturday. 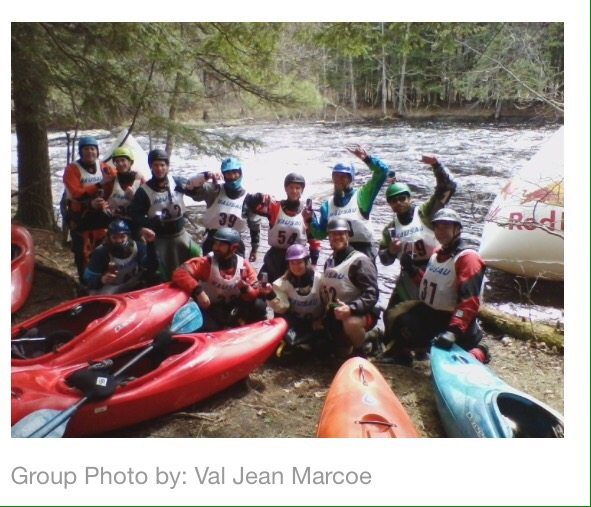 The rest of the river went well for me until Horserace Rapids. It turns into a giant wave train above 20 inches and the waves were massive! I followed Collins to the left curler wave after endless eddy and missed my brace coming down the backside of the wave. I tried a couple rolls after waiting out the last 2 waves, but missed them and had to swim. Luckily I was able to grab my paddle and Collins’ boat as he brought me to shore. Thank you to him and Jeremiah for getting my gear and I to safety. It was my first swim ever on the Peshtigo. The rest of the run out was fine and then we made it back in time to register for the downriver race. 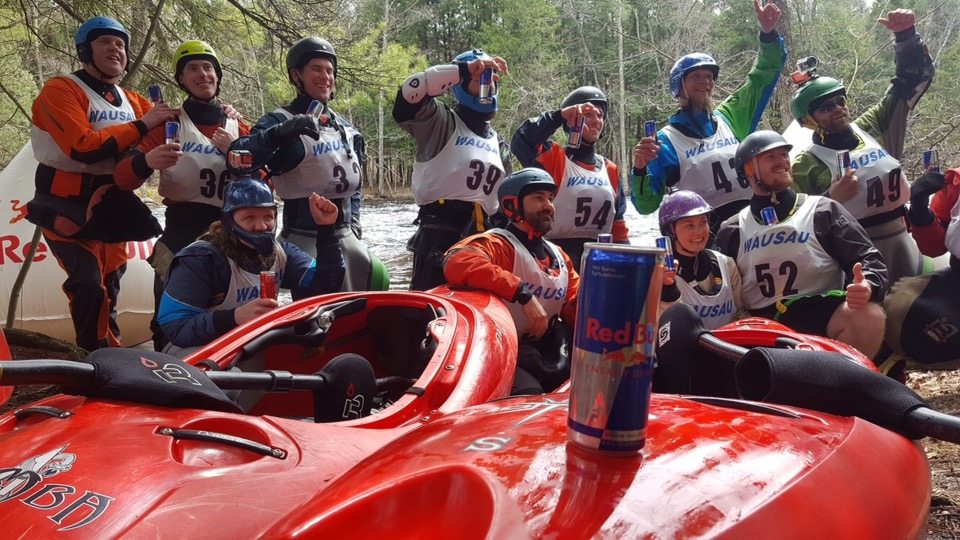 The race took place starting at 1st Drop and ending just after Horserace. After my rough morning run I really wanted to get some redemption during the race. Red Bull Wisconsin donated beverages and some sweet inflatable buoys for the start and finish lines. I was bib 55 and was the 11th person to start the long boat division which had 13 racers that day. At the line I was nervous, but excited to race. When Val {race organizer Val Jean Marcoe, who also made the sweet trophies for the various winners} said go I took off down the left side of 1st Drop. I ended up flipping on the first wave, but managed to roll and continue downstream. I had a little time to make up, but also knew I needed to save some energy for the finale. Next up was 2nd Drop which I went to the left side and was slowed down by the eddy current. I managed to get back into the flow and paddle towards 3rd Drop. I ran the right side well, and wanted to skirt the infamous “Joey’s Hole.” At this level it’s almost river wide! The river managed to flip 3 rafts in a row and keep the rafts from moving downstream! {Editor-in-Chief Chicago Mike Toughill Wallaced one of those 16 footers with his entire crew of customers!!} I was able to skirt the hole on the far river left side. Five Foot Falls is up next and I paddled to the far right where there is a nice little 2 foot boof before a small wave. Last up is Horserace and I really wanted to style it this time. I ran every wave well and caught a little air before the last 3 waves. I made it through and almost thought I would make it out without flipping. 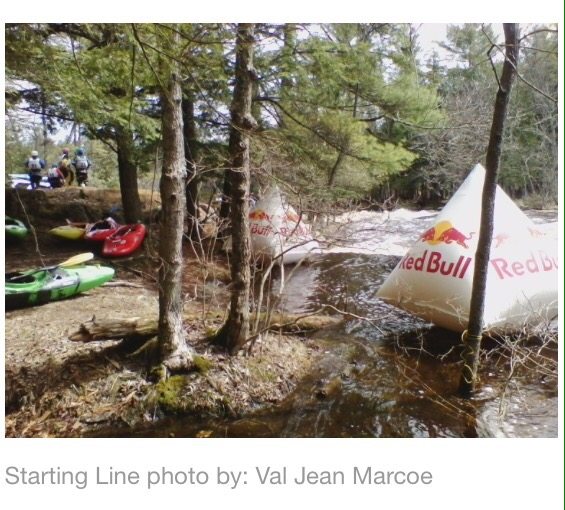 Unfortunately, I flipped on the last big wave and missed 2 rolls before swimming again! Fortunately for me Daniel Jacobson was right next to me and towed me to shore. Thanks to Jesse Credille, Derek Grisbeck, and Jason Pientka for saving my boat and paddle. I did post a time of 6 minutes and 33 seconds which was good enough for 9th. Congratulations to Jon Sisley on the win! Also, congratulations to {DBP Admin} Mitch Mursau on winning the short boat category and Oskar Zuchner for winning the open canoe race! 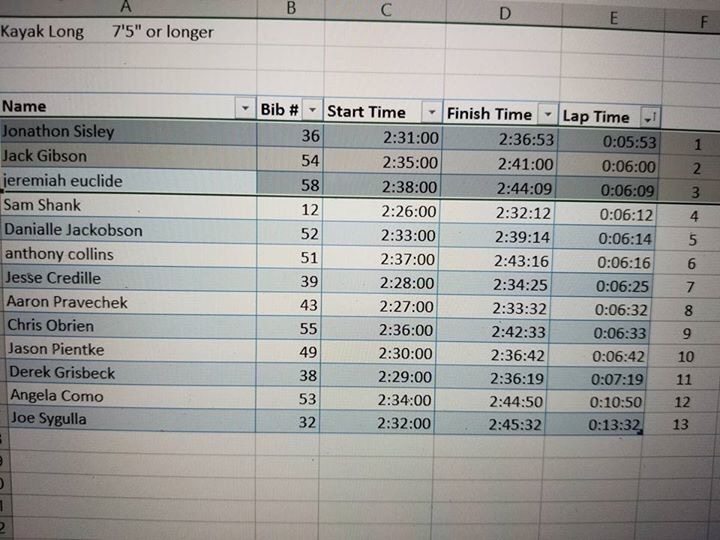 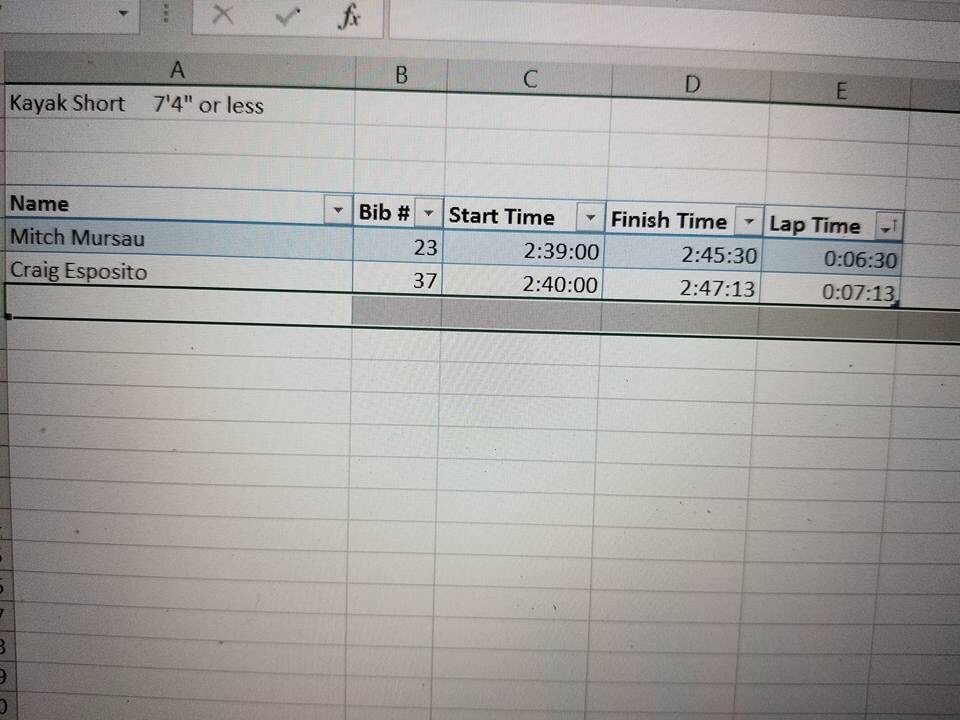 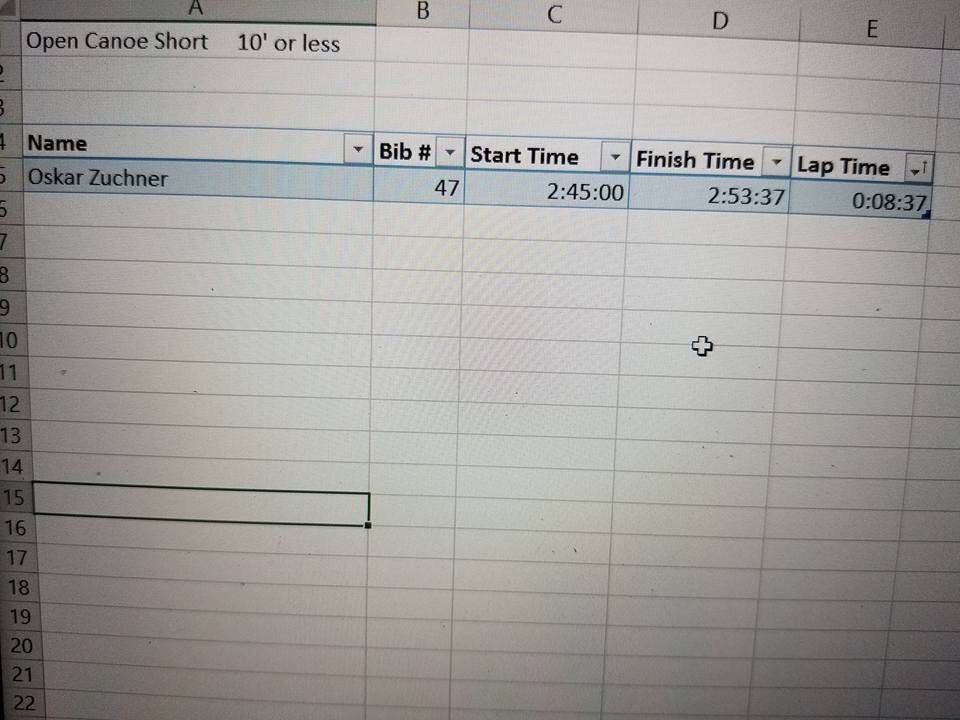 The food was fantastic all weekend as well! Burgers, brats and booyah! The raffle was full of great prizes and I was super excited to win one of the #danewho packages! Thanks Dale {DBP Admin Dale #danewho Guarniere} and the staff at Kosir’s for a great weekend of fun! Also, thank you to all the safety boaters, Liquid Rush, Val Jean Marcoe, Aaron Pravechek, Andrew Fox and Mike Koenig for volunteering to help make the event successful! Looking forward to more high water Peshtigo this spring! Many of the area’s rivers are flowing so make sure you get out there and enjoy it! Stay safe out there and paddle with a crew that knows you and the river! 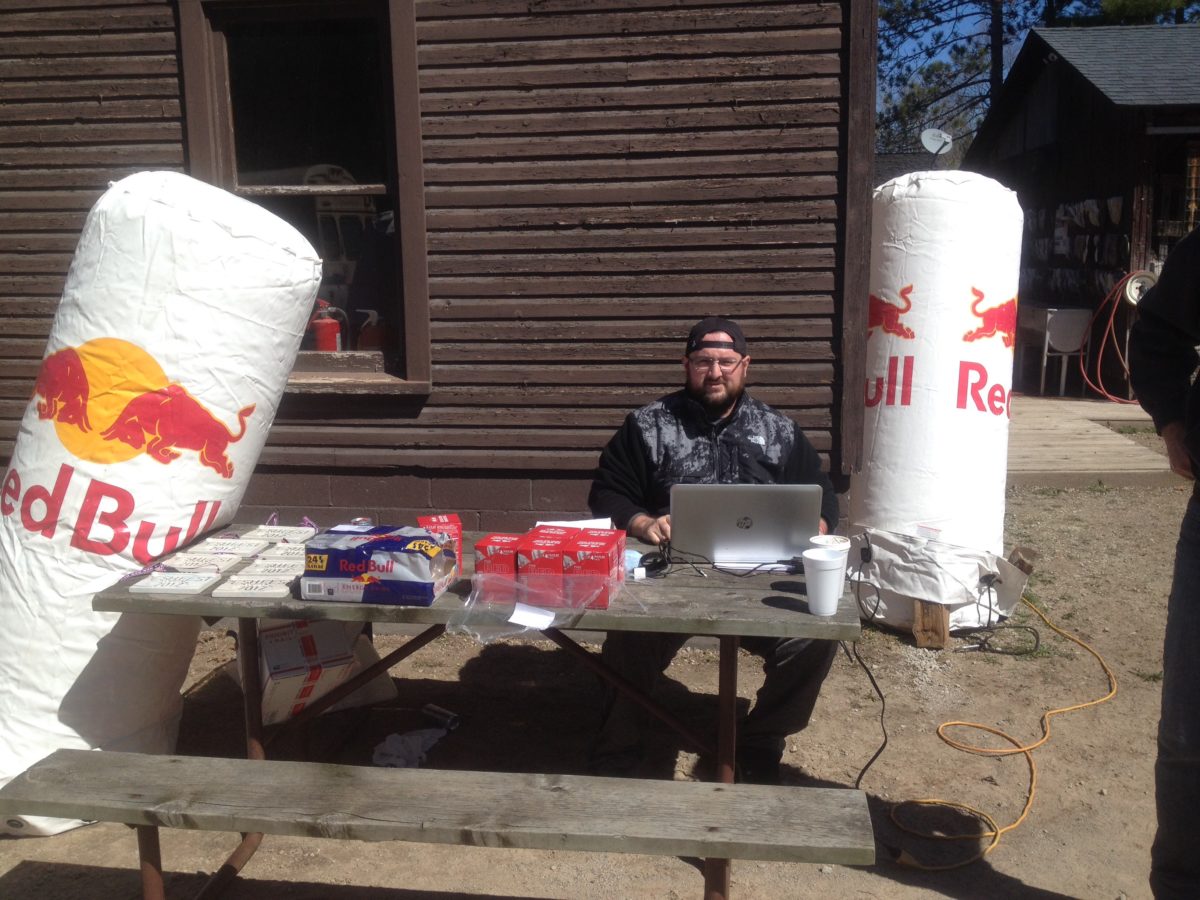 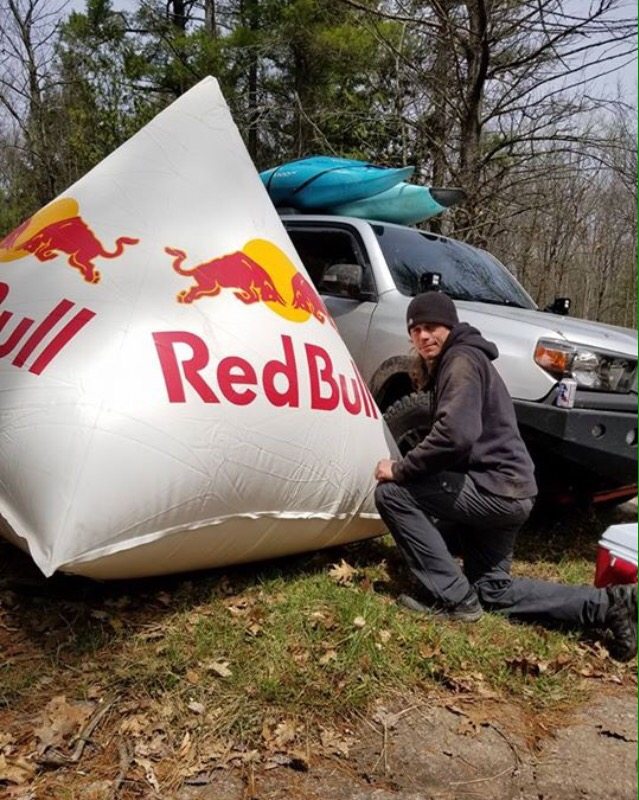 EDITOR’S DESK- Christopher O’Brien writes an informative and entertaining blog about his Midwestern adventures that should not be missed! Check him out at www.cobkayak.wordpress.com

Joe Ulmer took some photos of the day as well, especially of the Wallace fest that occurred in the Slalom event! The following are a selection of shots from the day, including a Wallace by DBP Admin Aaron Erdrich. Shout out to strider Bob Heckler, who won the Raft Race portion of the event with a time of 6:32, followed by playing at Rapids Resort all night! You can see more of Joe’s great photos and videos at www.tent.life 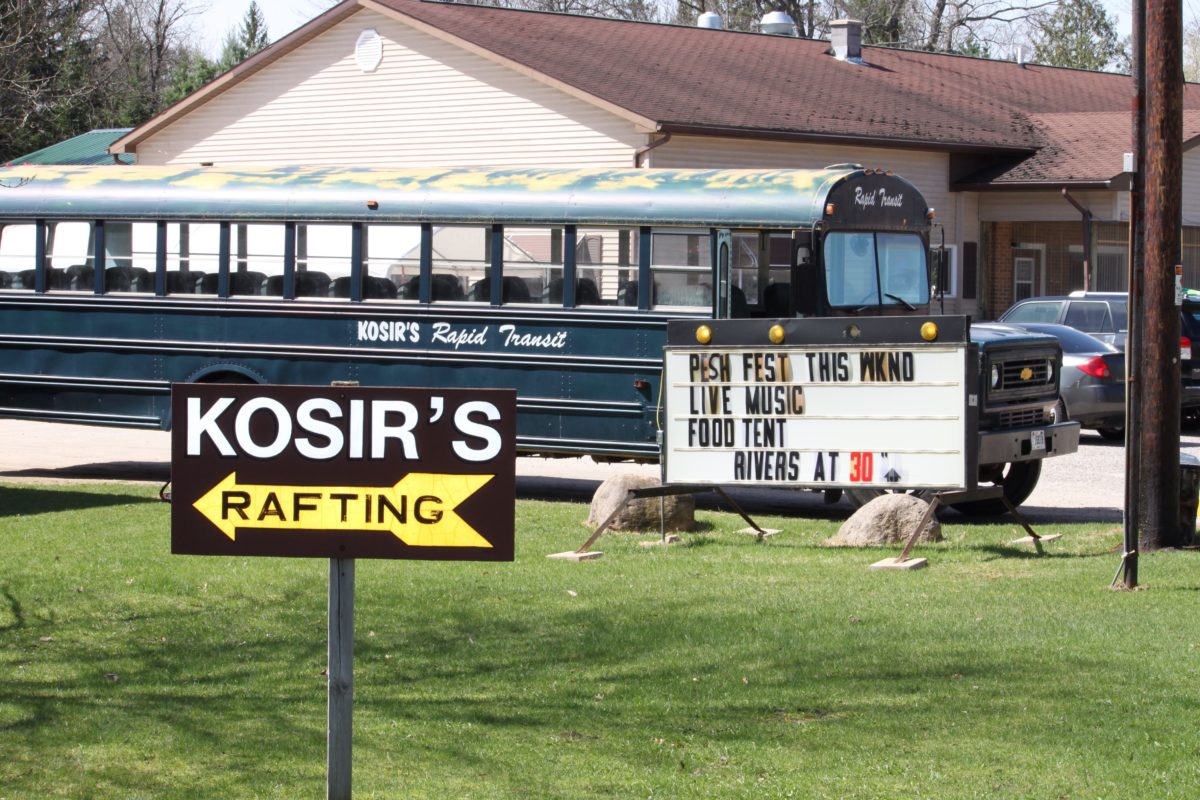 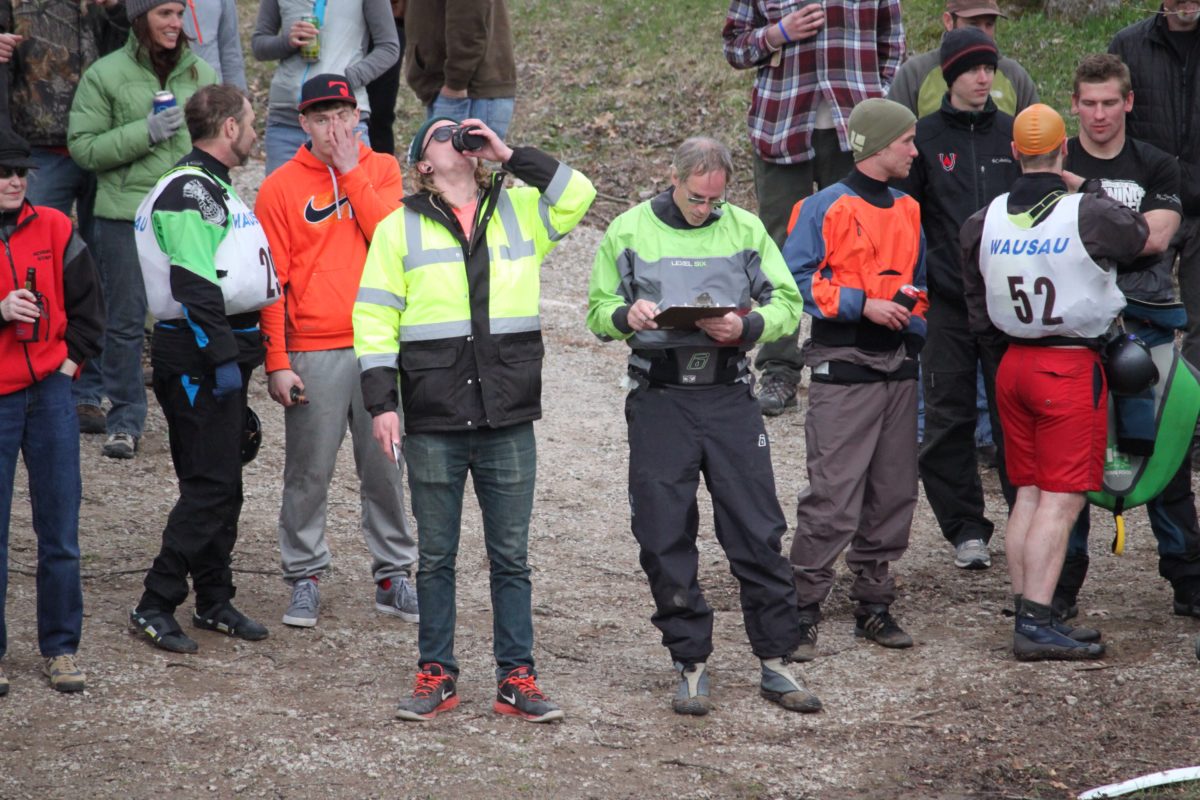 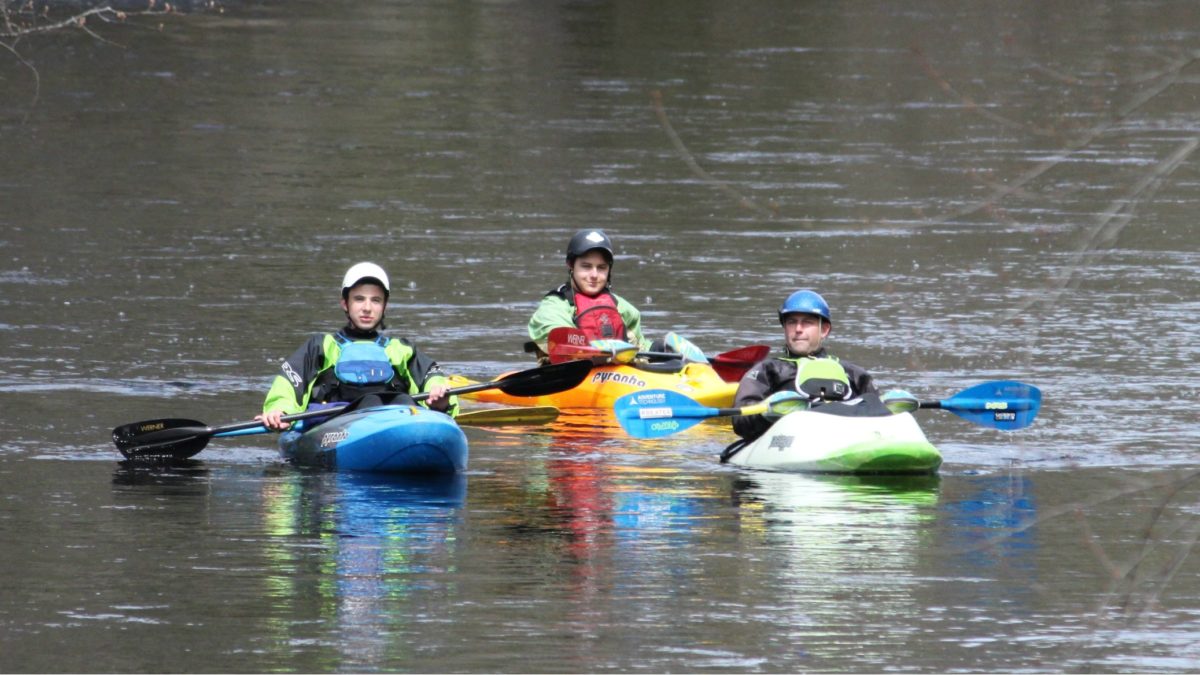 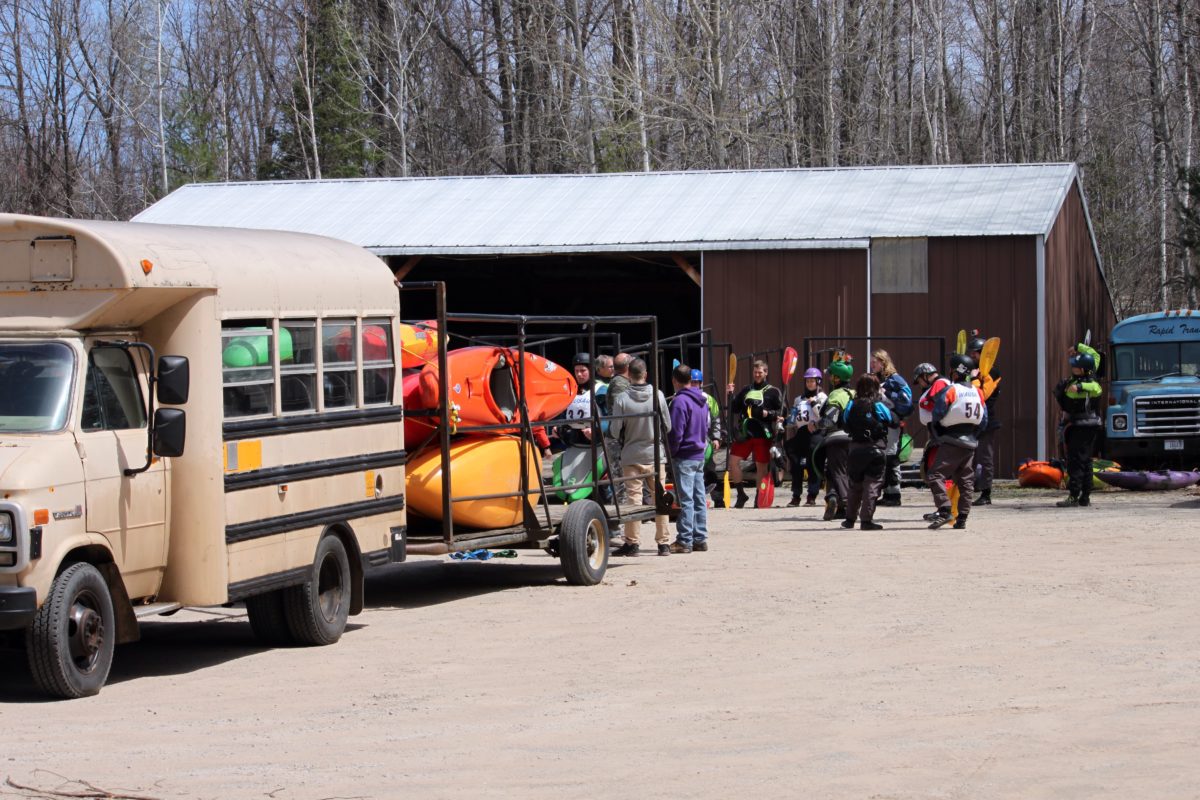 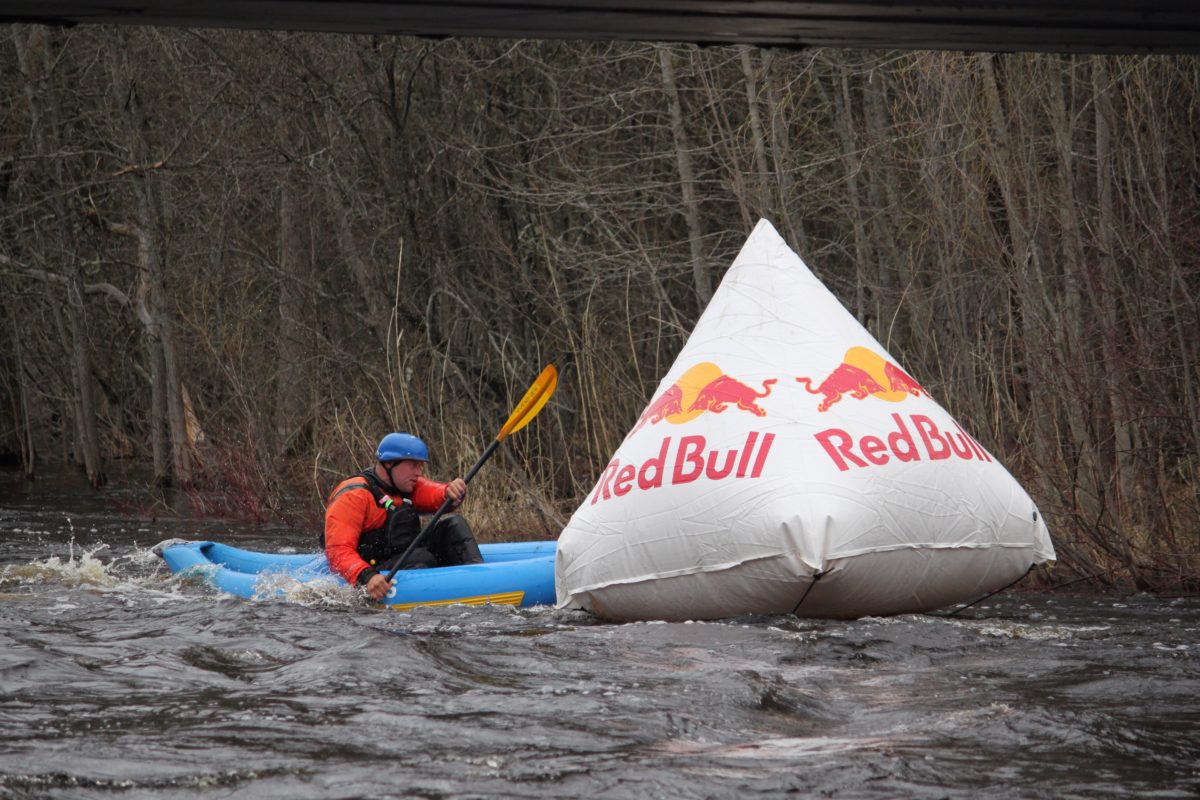 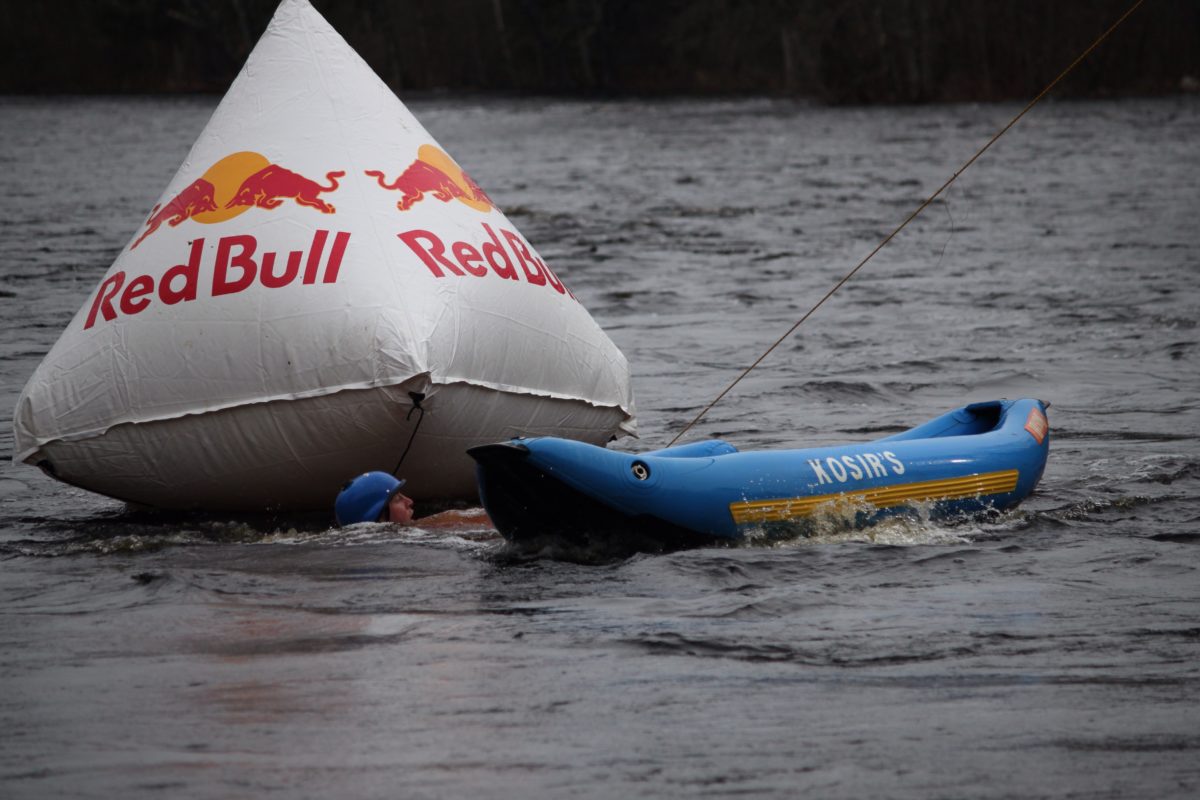 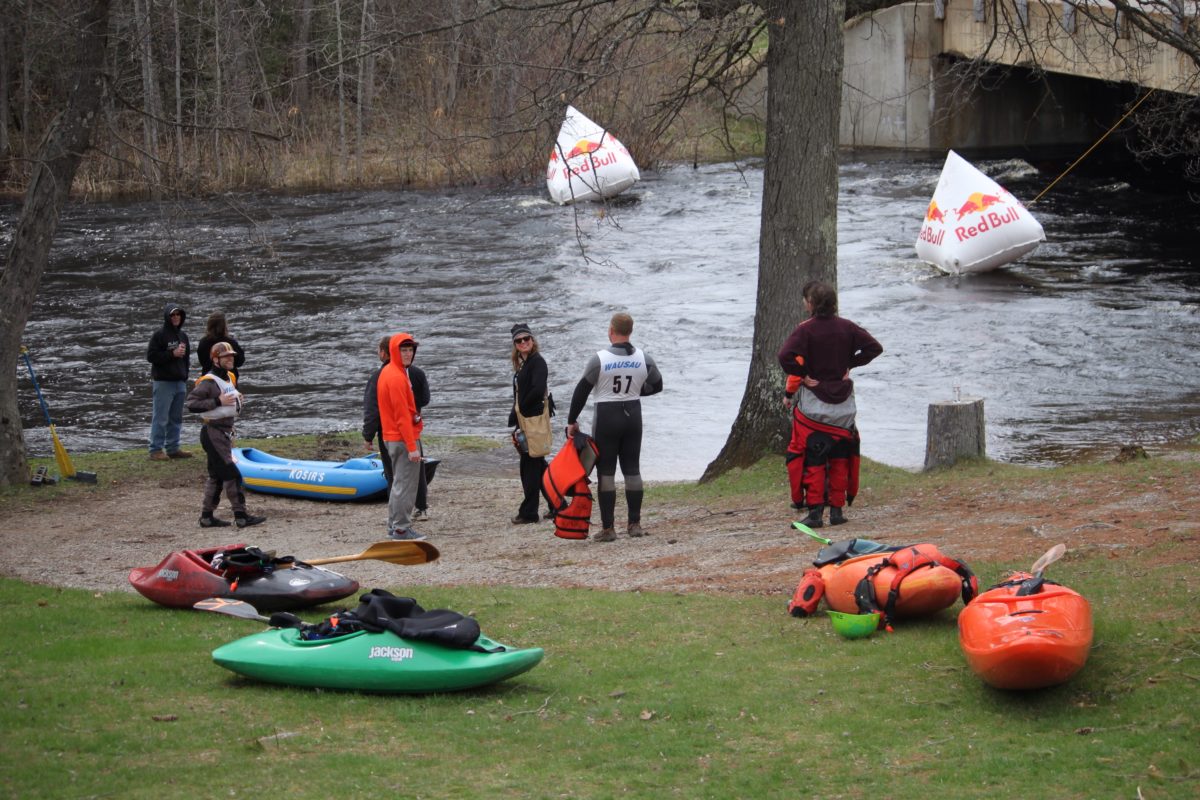 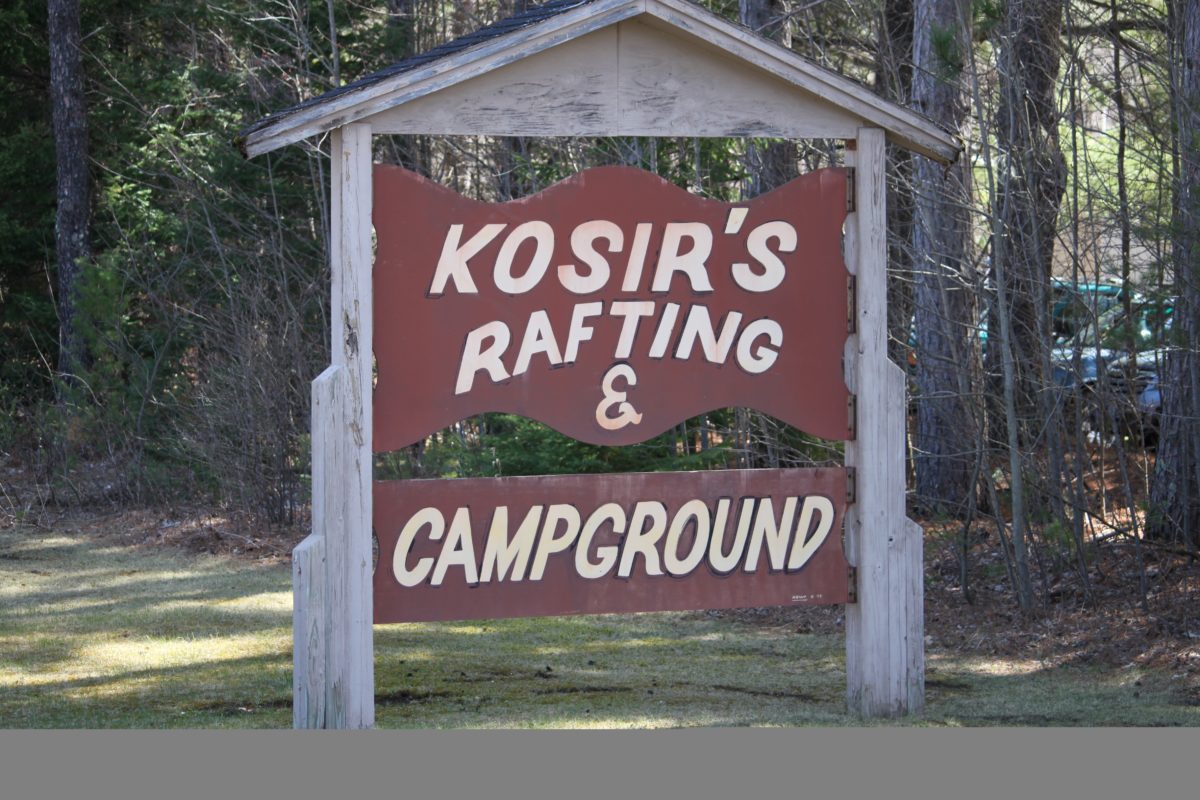 Special thanks to DBP Admin Gabe Crawford for making the trip up north from his home in Tennessee to entertain us with music and paddle the mighty Peshtigo! We sorely missed our homie DBP Admin Daniel T Young, who was unable to attend and DJ for us after suffering a tragic unexpected loss in his family. We love you dearly brother and missed sending stouts and grooving to drum & bass till the wee hours of the morning with you. Next year bro!

And who will ever forget Chewbacca vs the Stay Puft Marshmallow Man??!!