FROM THE ENGLISH CHANNEL TO THE ZAMBEZI RIVER ~ STAND UP PADDLEBOARDING. by Chris Macdonald 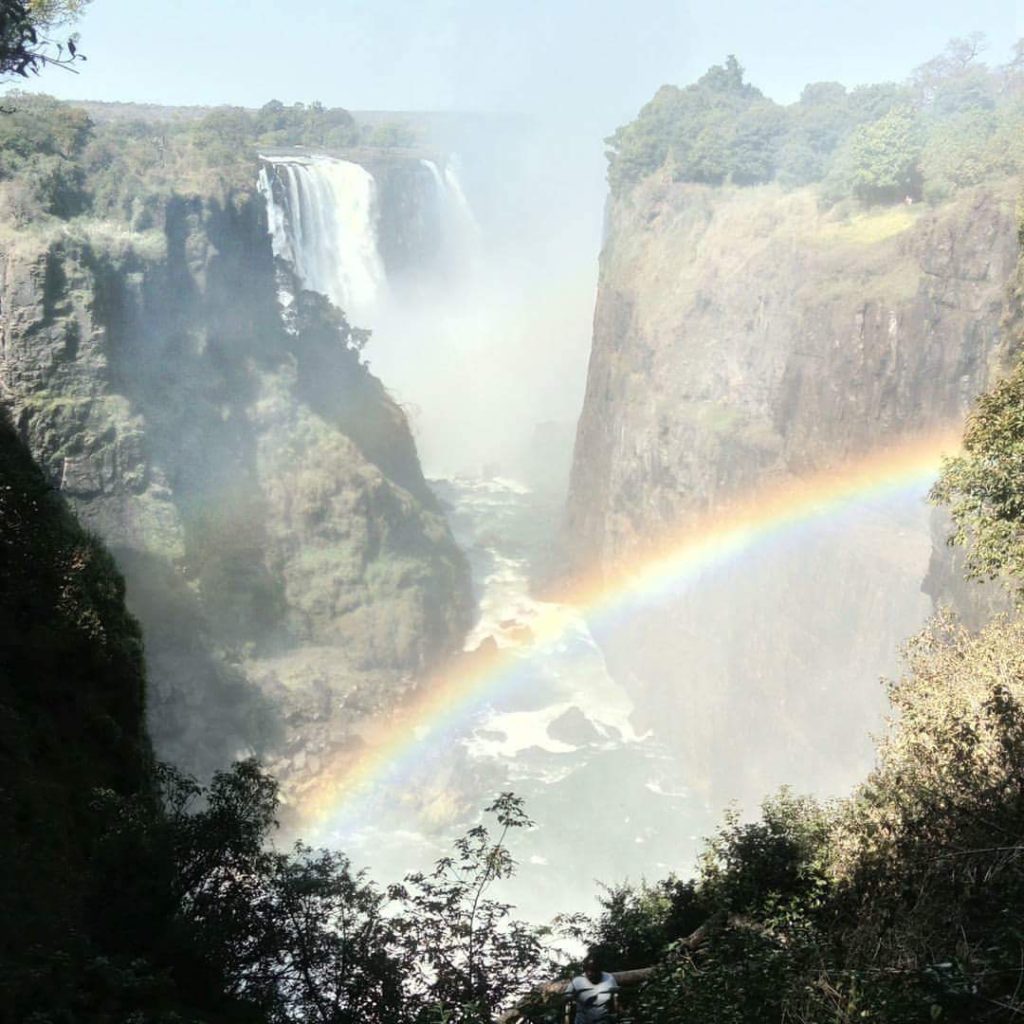 Two years ago I crossed the English Channel in a sea kayak and then I started a new course in watersports Instruction at Falmouth Marine School in Falmouth, Cornwall. Before I joined this college I had never even heard of Stand Up Paddleboarding (SUP) but having paddling experience from kayaking I picked it up rather quickly. Still being mainly a whitewater kayaker I was traveling up and down the country to paddle with friends in Wales, Scotland and Northern England where I’m originally from. Living in Cornwall, this was becoming very unsustainable. So around a year ago I decided to buy an inflatable whitewater paddleboard with the plan to have easier access to whitewater rivers using public transport as I can’t drive. This plan worked; it also made me realize that I was really into SUP. One month later I bought an inflatable race paddleboard and set myself a challenge to SUP the English Channel. 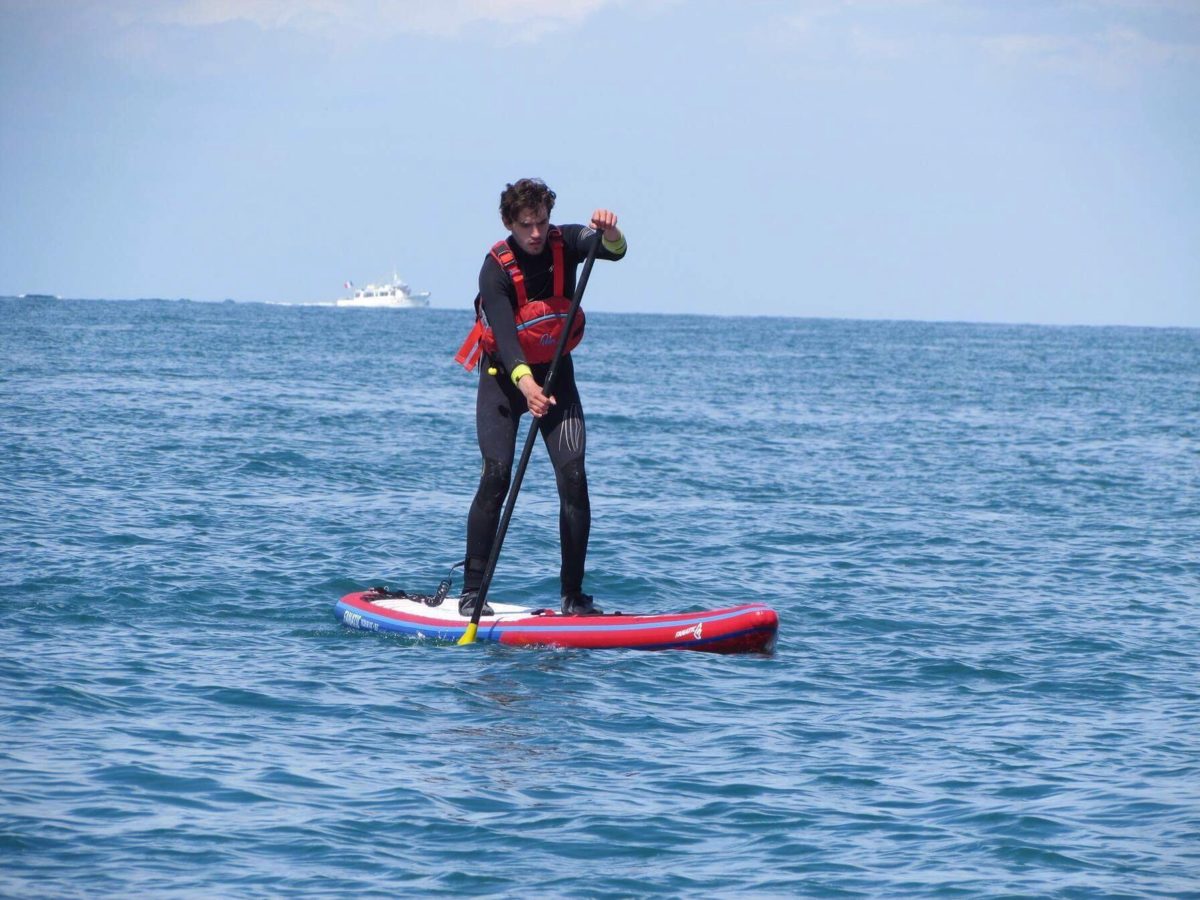 This really appealed to me having already kayaked the Channel. I booked my window to paddle it in July. The challenge was on! Training was going really well, and I entered a few races to see how I compared against other paddlers and to see how I paddled under a bit of pressure. Training went really well and on the 13th of July I made the crossing. It took me 7 hours and I’ll be honest, I was kneeling down for the last 3 miles as I struggled being on a narrow race board with side chop and 15 knot winds. But I did it and according to my safety company I am the first person to cross the English Channel on a SUP and in a kayak. 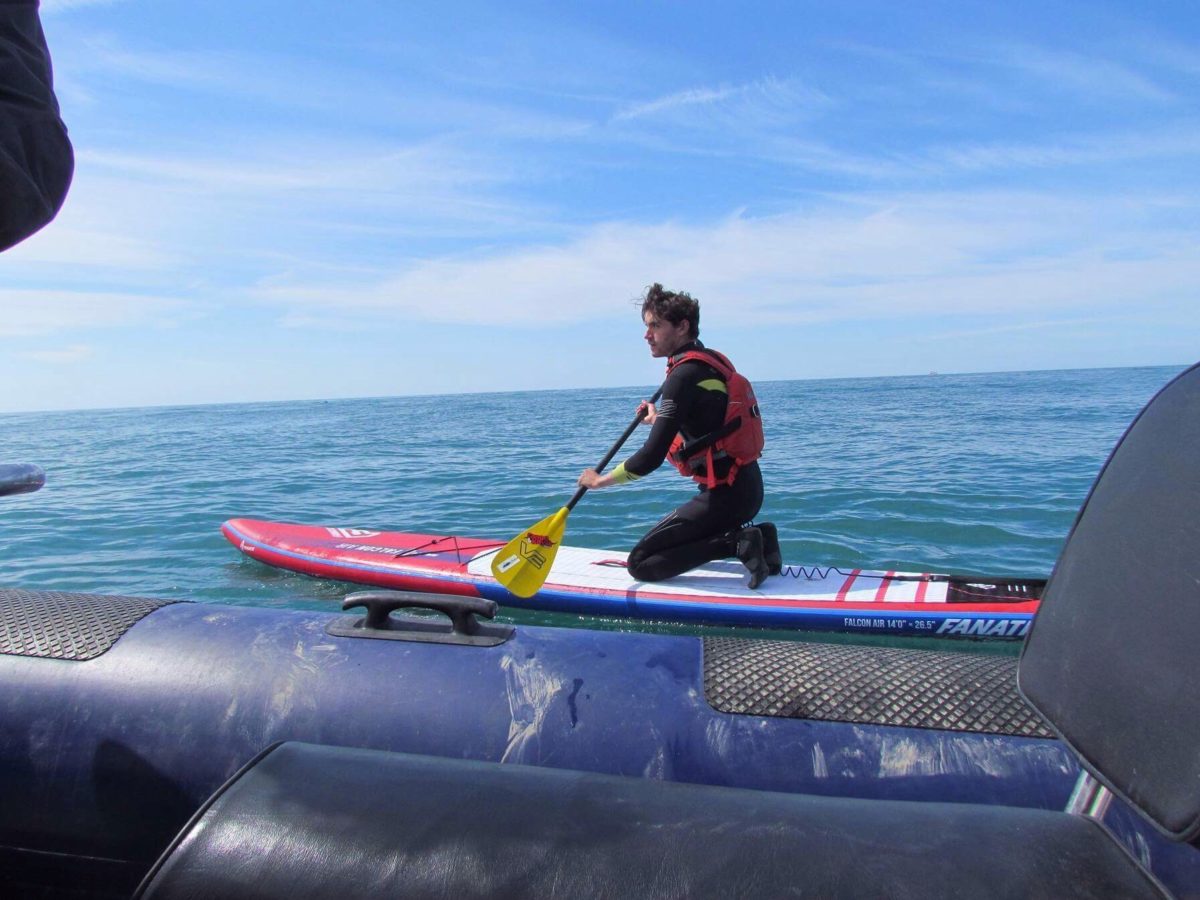 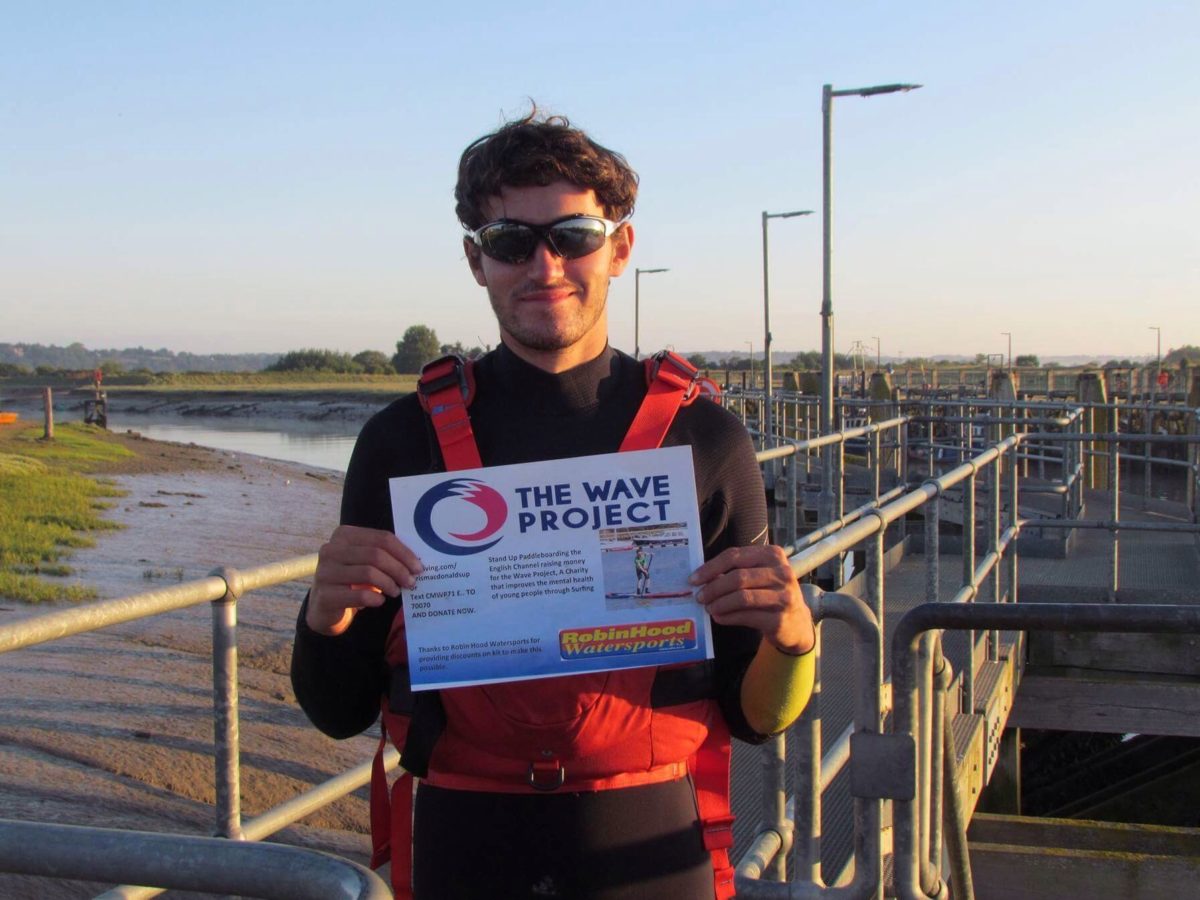 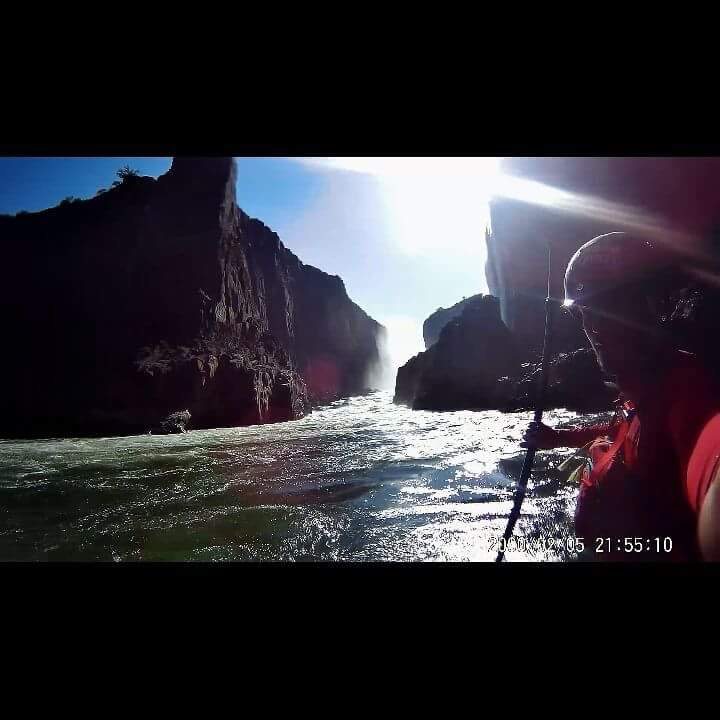 In October 2016 I was given an opportunity from Paul Teasdale, an adventure sports athlete, founder of  RAW Adrenaline and a fellow DBP Admin based in Zimbabwe, to go and stay with him for 6 weeks. To save money I booked my flights a year in advance so I had a long wait but the time finally came. My main aim was to progress my whitewater SUP skills because UK rivers can be shallow especially around my area. Because my board has fins this proved a problem and although I did manage to paddle some rivers my opportunities to get really good were limited. 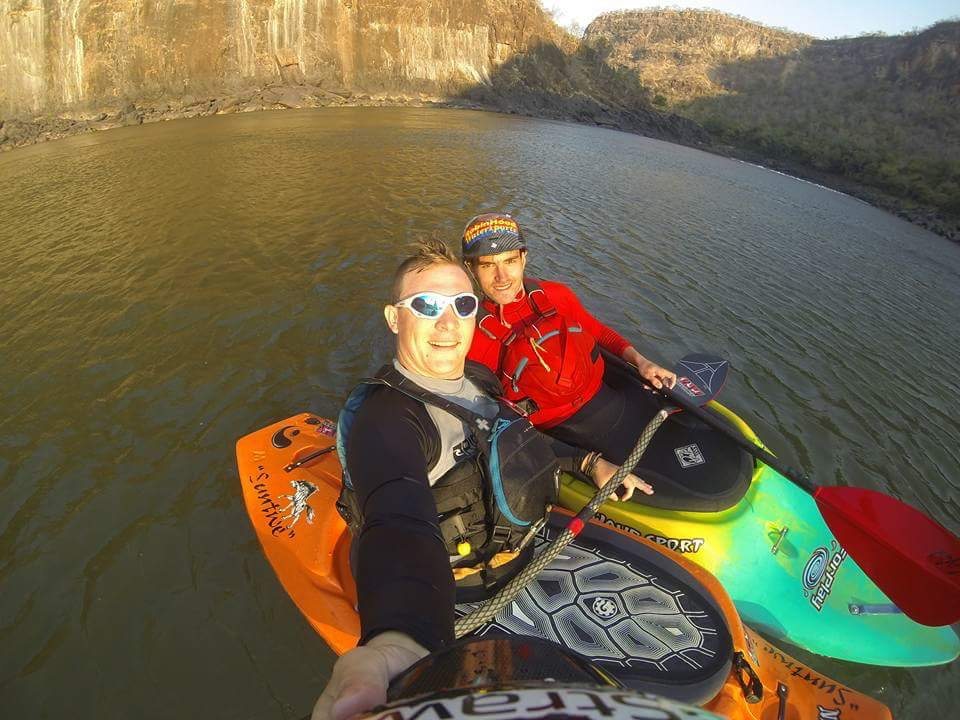 The Zambezi river is a really high volume river and although it has some of the world’s biggest grade 5 rapids it’s really fun to SUP. Because you have straight forward wave trains of all sizes, rapids where there are holes and waves coming from all directions, top quality surf waves, and technical rapids where you have “must make” moves, there is a lot of variety and opportunities to practice different sets of skills, from running rapids standing up to surfing river waves. So how did I get on? 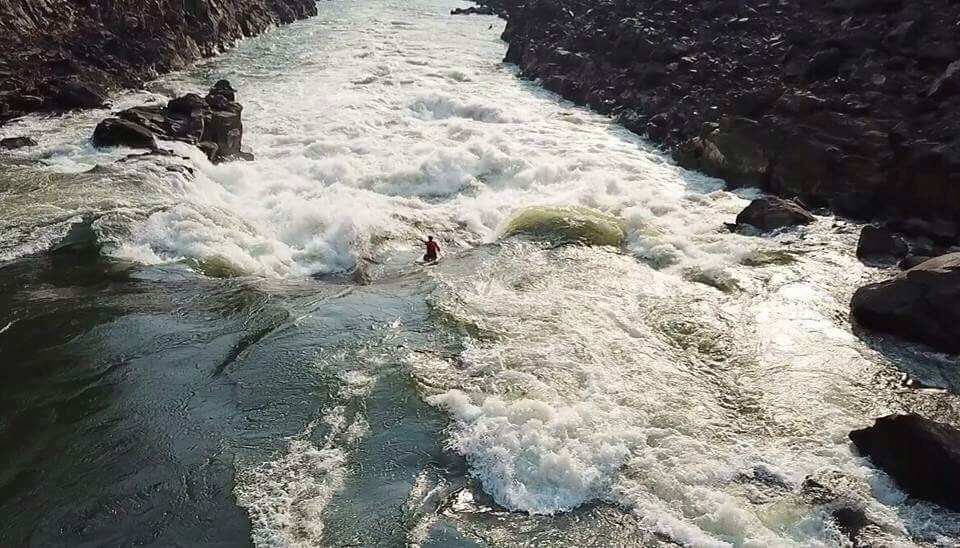 Well I managed to stand up quite a few of the smaller rapids, other rapids I successfully descended kneeling down and a few really big grade 5 rapids it was a question of how far could I make it down before swimming. 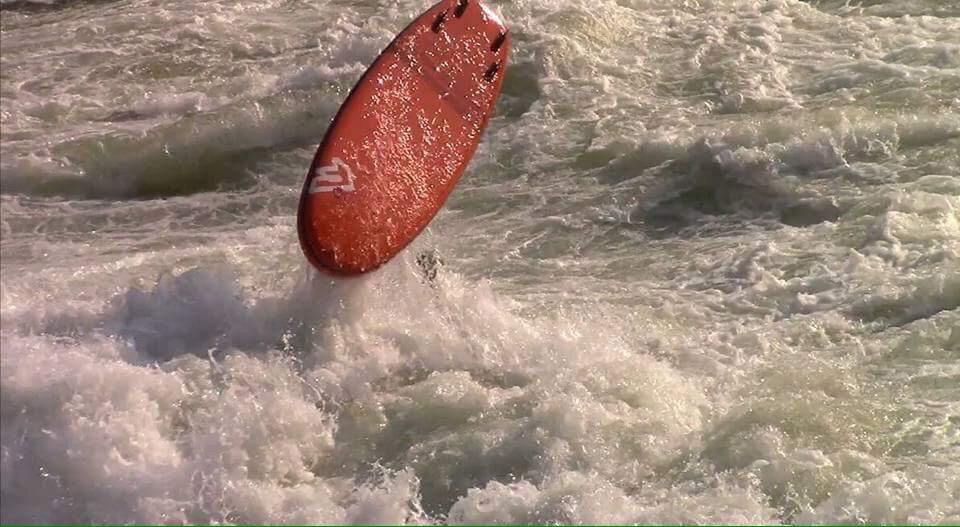 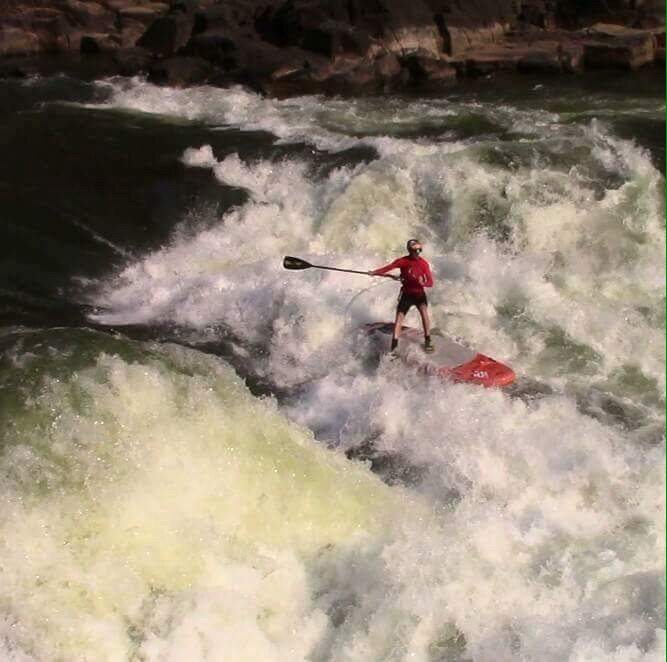 I became to 9th person in the world ever to SUP the Zambezi River. Paul Teasdale was part of a team of 8 who were the first do SUP on this river. I was also the 5th person to SUP the famous Rapid No 5, one of the biggest commercially rafted rapids in the world. Overall it was an amazing experience Stand Up Paddleboarding one of the most amazing and biggest rivers in the world and I have memories that will last a lifetime. 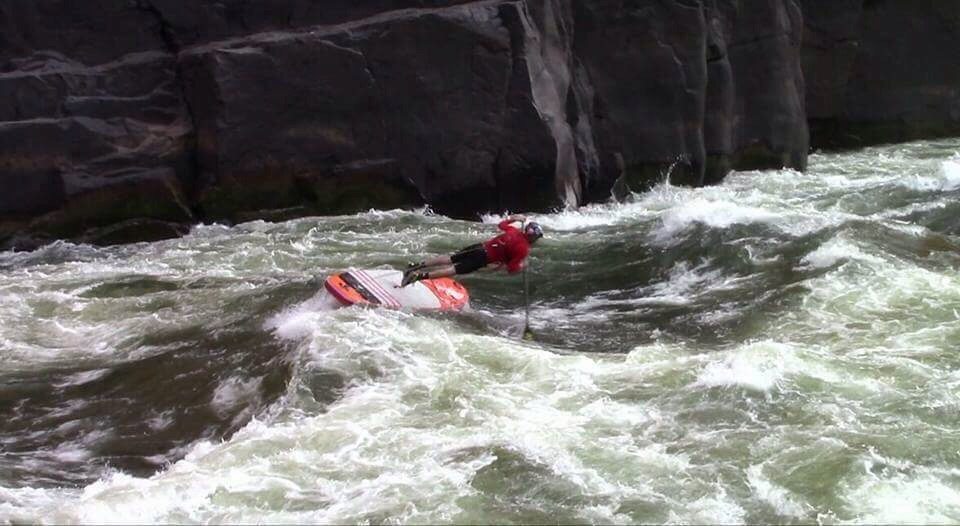 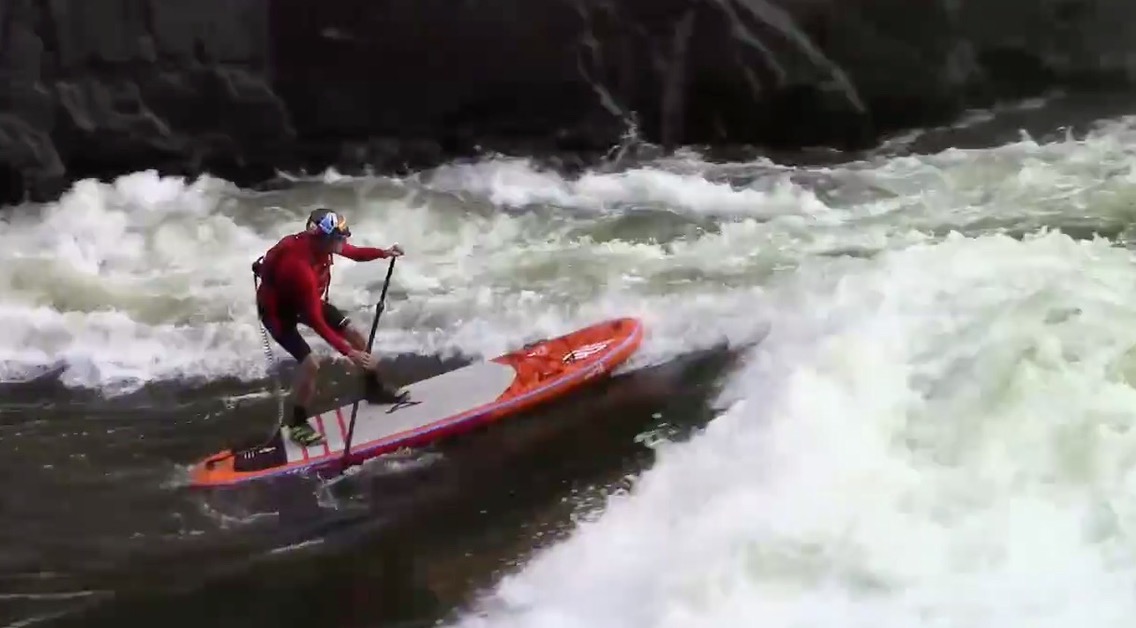 During my time in Zimbabwe I also did a bungee jump and a gorge swing from the famous bridge that connects Zimbabwe to Zambia. For the first few weeks I did quite a lot of crocodile cage diving which I found quite hard at first having never used scuba diving equipment but I got the hang of it. And of course I kayaked the Zambezi river. This was quite interesting because it was my first time on whitewater in 8 months. So when I first arrived I was paddling the easy stuff, but then I was ready to run the top section. The first time on the top section I swam Numbers 4 and 8, but the second time after taking the right lines I didn’t swim once which I was very proud off. Kayaking grade 5 rapids successfully after taking such a break from whitewater kayaking in my mind was quite an achievement. 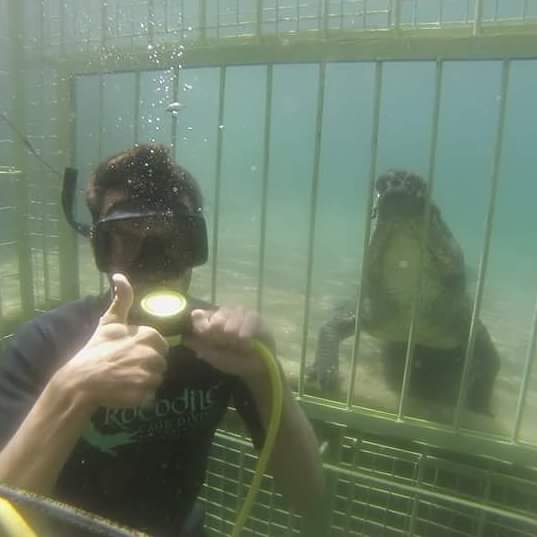 EDITOR’S DESK– Paul picks it up from here: “About a year ago I got a message from Chris asking if I would show him down the Zambezi. We had never met before but had spoken a lot online. Always willing to help out a fellow paddler, I told him he was welcome to come for as long as he could afford to.

I picked Chris up at the airport just as the low water season started. Being the only local SUP paddler on the Zambezi I was pretty stoked that he brought his board and that I would have someone to play with on the river.

I gave Chris a gentle intro to the big water which he managed very well, and before I knew it he was charging down the Zambezi with myself and Charles Moffett, even managing to keep up with us when doing the daily sprint as video boaters. Chris took to the big water style with ease and even though he was nervous around particular rapids he still hurtled himself right into the guts.

The time with Chris went very quickly and before we knew it was time to say goodbye.

Mac Donald…you are always welcome bro and hope to paddle with you again some time buddy. Take care….. P.S. Moffett is still not doing any bloody work and now has shacked up in your mansion tent.” 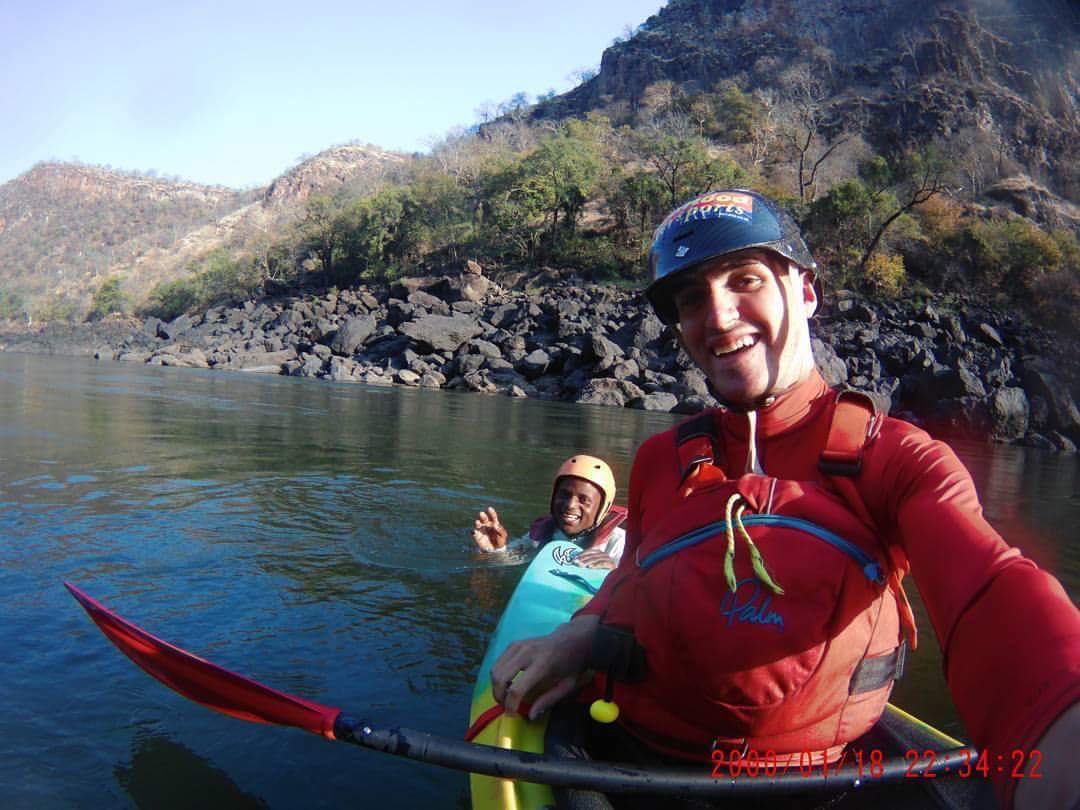 I would like to thank  Robin Hood Watersports for providing discounts on my two Stand Up Paddleboards without whom I probably won’t have achieved paddling the English Channel and the Zambezi River in Zimbabwe. If anyone has any questions you can contact my facebook page: Chris Macdonald SUP Athlete

Also keep an eye out for a full edit coming soon which will be shared on Dirt Bag Paddlers. Thank you!