Skip to the content
THE MAD CZECH COMES TO AMERICA
Vladamir Vanha came to the U.S. to compete in the Southeastern Nationals Slalom Races in 1975. Due to the fact that he had not pre-registered he was not allowed to compete. His radical new boat design for slalom racing would not be seen in competition. It featured a low volume shape that would allow him to sink the ends of the boat under gates. It was so low volume he needed to made bumps on the bow deck in order to get his feet in the boat. From the moment he arrived he was already ahead of his time.
But this would not be the boat that the “Mad Czech”, as close friends called him, would eventually design and set boat designing on a new and revolutionary tangent. The boat was inspired by expediency, He simply got tired of either having to fold or mutilate his boat in order to save money on airline fees for freighting whenever he traveled.
If you don’t already know the boat then i’ll be glad to introduce the “Jeti”, so named for the ability to fly for less. It was also designed for comfort and ergonomic function, breaking away from mere modification to racing designs. His one man company, Noah boats, for the most part made boats that were either too radical to be accepted or way ahead of their time. The “Jeti” endured. 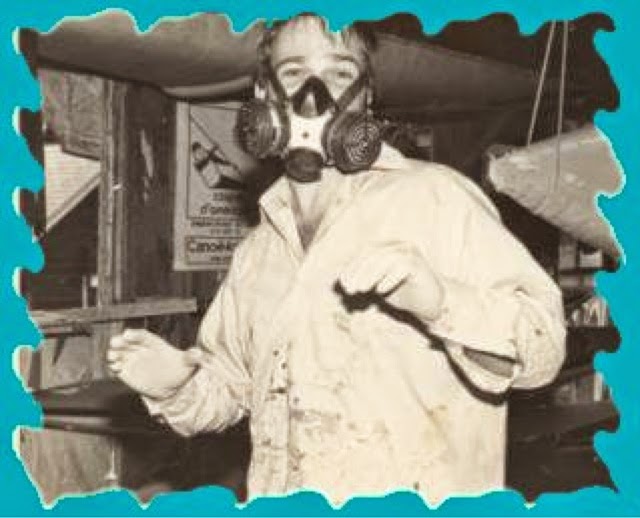 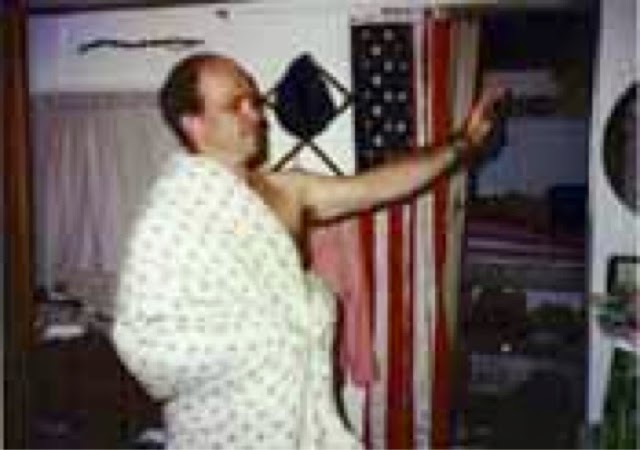 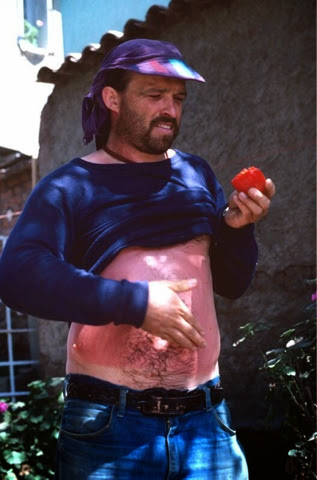 TAKING RISKS
Vanha was no different than most near genius personalities. Most of his boats took on concepts that had not yet been challenged nor even considered. Success is usually achieved by risk takers in any field; Vlad was a risk taker to be sure, and risk takers are able to take failure as part of the game. They pick up the pieces, learn from their shortcomings, make
changes, improvements, and move on.
The first whitewater boat I ever purchased was not a kayak, but a C-1. For me it seemed logical as I was already a canoe paddler. I didn’t have a lot of money to spend and folks in the area recommended I go to Vladamir.
I didn’t know then what I have recently discovered, that it too, was radical for it’s time. The boat was much shorter than it’s contemporaries; The hull was flatter, displacing more water for it’s length; and the chine actually slanted inward, providing more of an edge for carving turns. (it looked almost as if the hull were made too wide for the deck and simply squeezed it to make the two halves meet at the seam. It also had a strong layup of four layers on the hull, as I as a novice expected to give it a beating as I progressed in my skills. You just can’t custom order boats in this way anymore, without having to pay a price.
I sold the boat that fall to fund my winter and I wish I never had. My new boat the following year was a Gyra-max and I bent and crinkled eight of them over the next ten years. I think that Noah Atlantis would have taken it well and given a sharper incline to my skills because of it’s features. 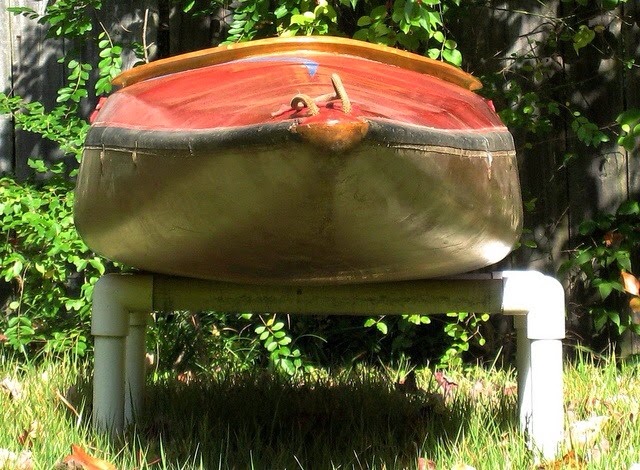 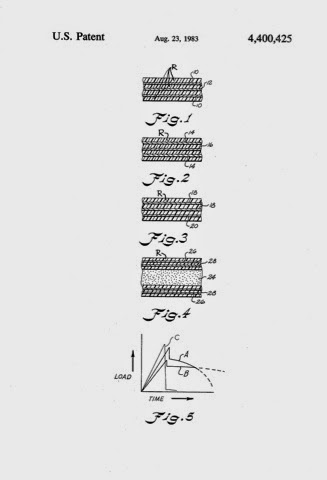 NOAH
Noah boats (Vladamir Vanha’s company) produced boats that were decades ahead of their time. Take the Krakatoa kayak. It was 8′ long, had a planing hull, a sharp flat chine and a flat deck that made for a volume so low that he needed to make bumps on the deck in order for a paddler to get his feet inside. (probably giving the boat it’s name crack-a-toe-ah!) It never caught on, but was probably the progenitor to the squirt boats that came along years after.
Around this same time he began to experiment with shorter and shorter boats. Again, far more advanced than the general boating community was eager to accept. But he kept at it, and kept at those that he believed could prove and promote his ideas. 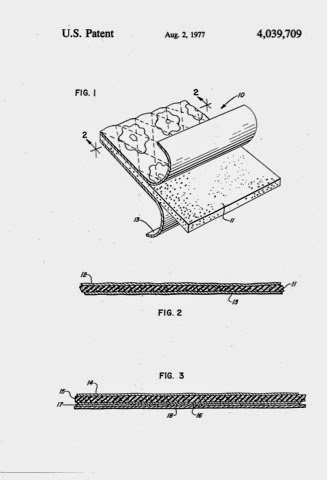 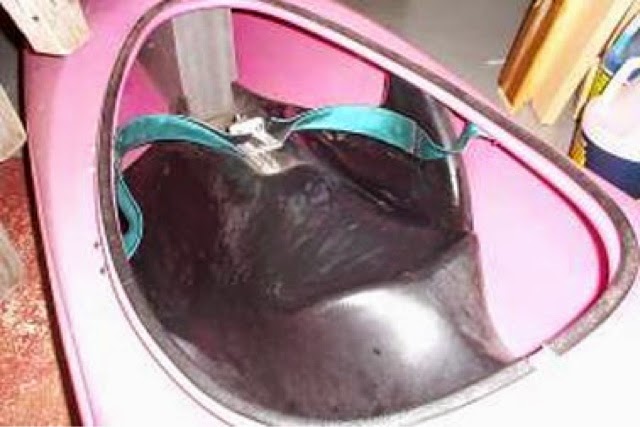 THE JETI
Noah’s Jeti, AQ, AQII, as well as other designs, were first produced in fiberglass. After a few minor changes, and some use on the local proving grounds they were then translated into vinyl ester resin at a time when poly ester resin was still popular. Vinyl ester resin proved to be more abrasion resistant and provided better bonding.
Vanha’s design innovations brought about some radical but proven advantages; A larger and wider cockpit allowing for easy entry and exit, also allowing sturdy mounts for contoured knee bracing that put the paddler at a broader stance, giving more lateral control, counter-balancing capability and a more firm and comfortable grip on the boat; the contoured seat sat lower in the boat lowering the center of gravity, while at the same time the deck was raised up and rounded. The combination, in concert with the soft chine and transition lines made the boat a breeze for experts to roll and were quickly introduced to their students.
A couple of the stand out attributes were counter intuitive. One could quickly say that a shorter boat won’t track well; but a shorter boat can respond to changes of direction more quickly and efficiently, would then be a more logical answer. That little “spud” is gonna get stuck in holes, get window shaded, and flipped end for end repeatedly. Why not, was the logical answer. The Jeti, AQ & II were soon regular awards winners in Rodeo and Hole-riding competitions coast to coast. By this time other manufactures were beginning to ask: “What if?”
Vladamir was always somewhat small time, some would say. For the most part it was usually a one man show. He stayed just one step ahead of his creditors and had maxed out several credit cards from time to time. His shop burned to the ground, due to spontaneous combustion with a new shipment of boats that were delivered to be outfitted for sale. It was also unfortunate that his interpretation of freedom was a little more liberal than reality based; for instance he felt that having a driver’s licence would allow him to drive at whatever speed he deemed appropriate. This led to a series of drivers’s licenses from most every state in the southeast, and he was seen at least once wearing a wig in order to throw off local law enforcement, and was awarded a T-shirt that said, “If you don’t like the way I drive, stay off the side-walk!” by some of his close friends.
It was probably these financial burdens, legal wrangling, copy-right and patent enfringement and maybe even too often eluded by the American Dream that precipitated his move back home to Czechoslovakia in the mid 90’s. Vladamir left his mark on an industry and a sport that few realize. Just by his creative actions, others continue to revolutionize and invigorate the sport. 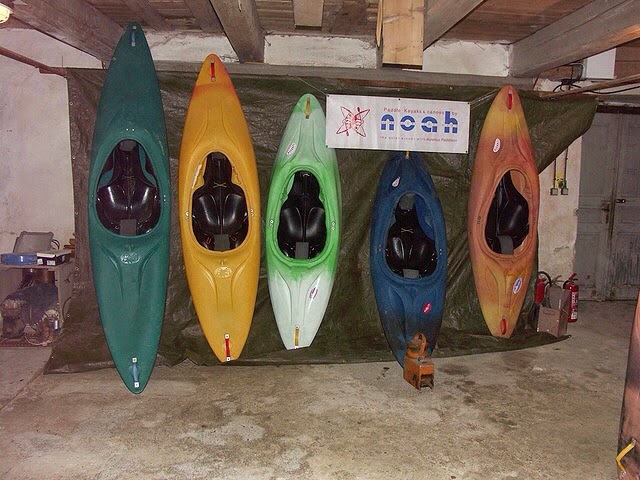 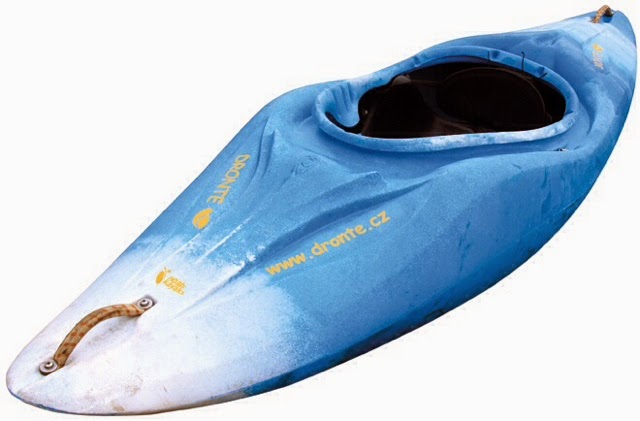 One reply on “Spotlight on an Original Dirtbag: THE MAD CZECH AND THE JETI by Kevin “Taz” Riggs”

Thanks for the article. Years ago I saw a documentary about Vladimir but haven’t been able to find it to show my daughter. My first kayak was a ~13’ fiberglass Noah that I bought from a river guide in western NC in the early ‘90’s. I’ve always understood it to be a ‘70’s model but would like to find out more about it. The Noah is my daughters boat now & she loves it. It’s still one of the fastest boats on the river.

Thanks for any information you can help with.