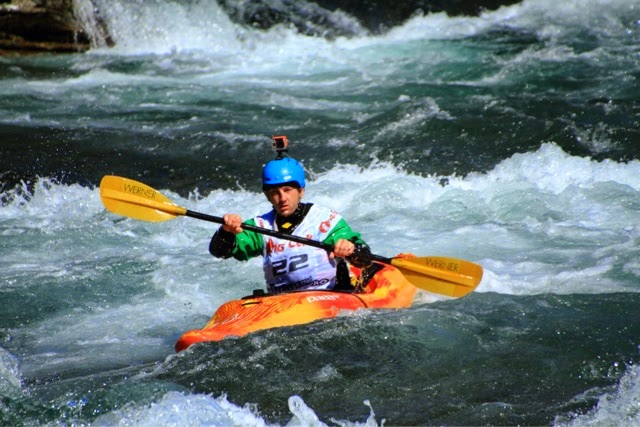 I first noticed Michael Picone in the photos I saw on Facebook: big hucks off waterfalls in far-off places. I was in the hunt for more voices for the “Global Outlook from a Local’s Perspective ” theme that was beginning to drive the movement on the Dirt Bag Paddlers facebook page… And Michael definitely fit the bill. This was the first Australian I’d seen paddling whitewater, yet here he was in Chile sending these awesome photos out from monster missions. I had to know more… 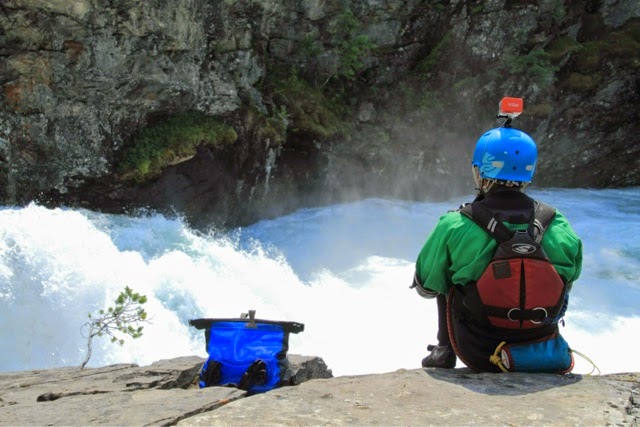 So I approached him and asked him to join our forces to promote world wide whitewater. He was IN from the start. I soon learned that he was a sponsored kayaker who traveled the globe to get his paddling in. I also learned why I hadn’t met any other Aussie boaters online… There just wasn’t a lot of big water to run in the area, in particular where Michael hails from – Melbourne. (We shared this facet of life… I travel 4 1/2 hours to work my own home river in Wisconsin…) Hence the travel.
Michael informed me he’d soon be off to paddle Norway. He went, and sent it with gusto, posting epic shots from his missions and keeping the DBWorld informed of cool treats he was exploring. Which led me to think… Wouldn’t it be grand to do an end of year article about his journeys here in The Mag? I hit him up, and here you have it….A Year in The Life. Don’t we all wish we could be like Mike? MICHAEL PICONE: “Looking back, and looking forward, I really don’t have too much to complain about. Over the last 5 years I’ve done trips to the USA, Canada, New Zealand, Chile, Peru, Africa, Norway…just about every hot spot of kayaking in the world, and the list is still growing.”
“But don’t get me wrong – it’s not just flying around the world boating. It isn’t easy by any means to be an Aussie boater; over the last 5 years I’ve managed to get a grand total of 4 days of boating done here in Australia. Which basically means that I will go 6 months or longer without one stroke placed in the water, praying for rain… only to be let down. Being forced to travel only to arrive with the immediate expectation to step up and get on those class IV-V runs that I’ve been dreaming about (granted I am the one putting those expectations upon myself) is what it is, but its what needs to be done to make the most of it while I’ve got it!” 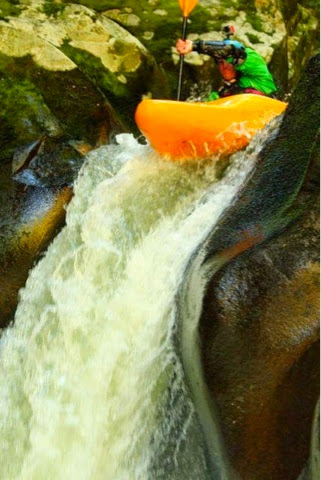 “2014 has been an amazing year for me in terms of kayaking: spending 6 weeks in Chile in January and another 6 weeks in Norway in July. They could not have been more different from one another.”
“Chile in a nutshell: wake up in the morning, get ready… realize you are running on chilean time and that nothing will be done until mid afternoon… Finally get on the water, sun is shining and water is warm… Relaxed atmosphere, almost as though every river, rapid and drop just finishes in a bed of pillows with picture of puppys and flowers on them, and that there are no immediate consequences.”
“Norway in a nutshell: wake up in the morning (supposing you where lucky enough to get some sleep due to the fear, or the sun that just wouldn’t go away), get ready mentally, adorn body armour, prepare for battle…it is as though every river, drop and rapid ends in an undercut rock of death…or some other form of deathly consequence.”
“But I loved them both! and for different reasons. Sometimes you need to be comfortable and warm. But other times you need to be shitting yourself thinking I’m going to die! what am I doing here!?”
Here are a few shots from Michael’s trips. EPICNESS FROM PARALLEL UNIVERSES. We asked him a few questions to help us solve the riddle of what it takes to be the truly worldwide paddler. 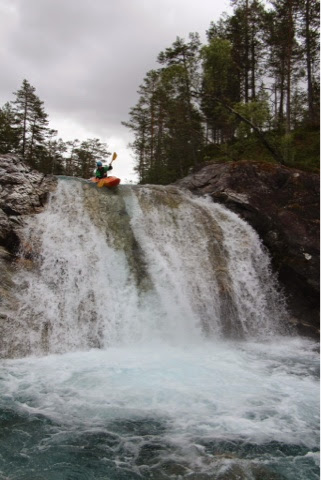 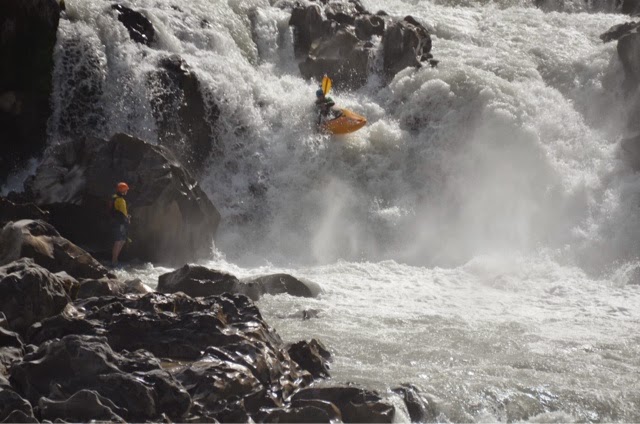 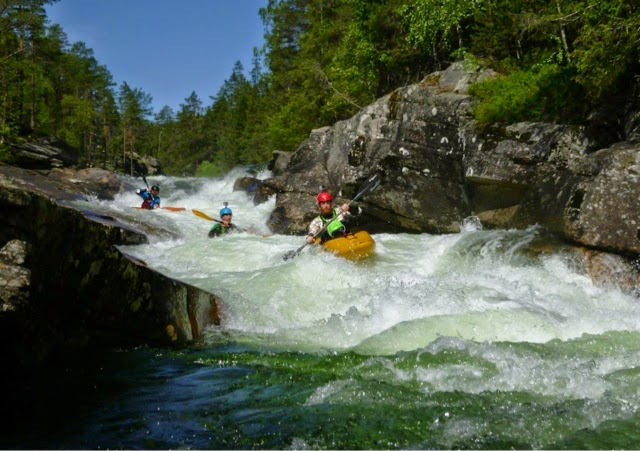 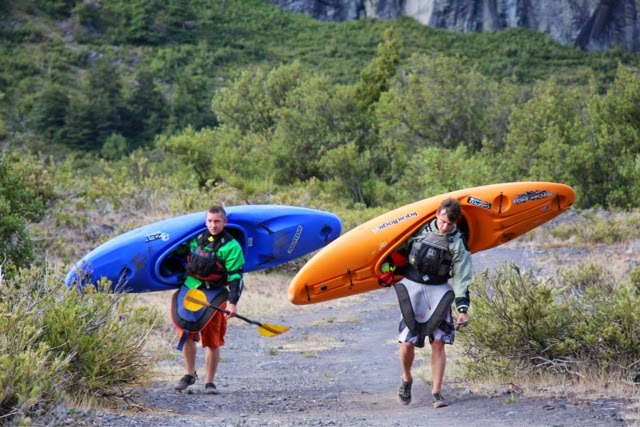 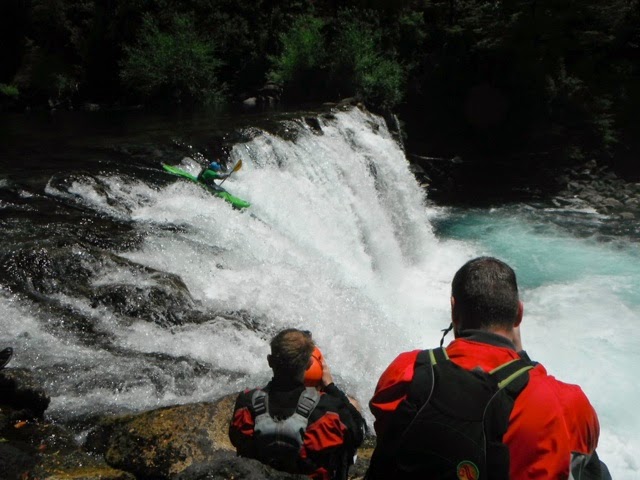 DBP: Every young kayaker dreams of being a sponsored boater. How did you first get noticed?
MP: Haha I would hardly say that I’m some big hot shot boater and I’m not sure if you could say I’ve been noticed as such, but for me its all about social presence. I just do my best to make high quality edits, and get great shots, as well as making sure i keep a constant flow of pictures and posts coming out on my blog or through a few different Facebook channels. At the end of the day its just going out and giving your local rep a call or email. Being able to separate yourself from the boaters around you is key; at the end of the day its basically what can you offer the company.
DBP: You also formerly worked at Chilliwack River Rafting. Were you a raft guide? Tell us about your time there.
MP: Yes! Best time ever, on the mighty Chilliwack River! I worked as a safety boater and raft guide whilst I was there. It’s a pretty rowdy company or at least when I was there. Clients are able to camp the night on site so there always ensured a pretty epic party scene… 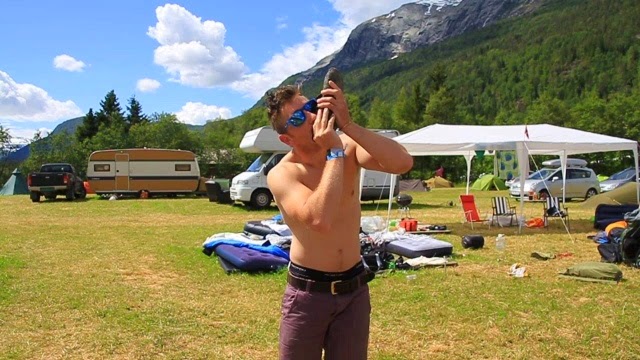 DBP: It is super expensive for Americans to fly, especially flights to Australia! Has it proven to be expensive for you to organize your travel? How do you make the connections in these far off places?
MP: Haha nothing is expensive for Americans! It’s pretty standard for me to spend 2000 AUD on return flights to almost anywhere in the world but whatever it takes… and connections, well I think once you start paddling Class IV – V water the community really starts to get a lot smaller especially when traveling to the hot spot areas. You just get to know everyone or you always know someone who knows someone. This is also one of the scary things about the higher end of this sport; when I was just starting off I would see a video or read an article about someone breaking their back or drowning but it all just seemed so far removed from my Class III reality, but now they are people I know directly or indirectly and its scary as shit.
DBP: We paddlers tend to become one with our own gear and reliant on it’s particular attributes. Do you bring all your gear with you, or hook up paddle, helmet, PFD etc upon arrival? And is it unnerving to have to familiarize yourself with stuff while running the gnar?
MP: I unfortunately travel with all of my gear because it’s just not worth it for me personally to be on a river where I’m not sure if I can make the line or not and I have to worry about my gear not being right. So on my last trip to Norway I had a casual 60kg of gear with me and I hear people complaining about how hard it is with a couple suitcases…
DBP: Speaking of gear, what’s your favorite boat, and what’s your favorite camera? And tell us a bit about your top sponsor.
MP: The last few trips I’ve been boating in the 8.6 mamba which is a huge boat for me (5’8” and 74kg) but I really loved it. So I’ve now got myself the 8.5 nomad because, well, it makes paddling scary shit easy and why would I want to make it any harder than it needs to be.
Currently my number one guys are Electric Water and they specialise in spray decks. They are an Aussie brand and they are just made well. They are made BY the owners (real people, not some sweat shop in China). Most recently YAK Adventure Equipment have hooked me up with one of their new Hallertau 70N vests to try out and review and I may be looking at some of their other gear in the future! 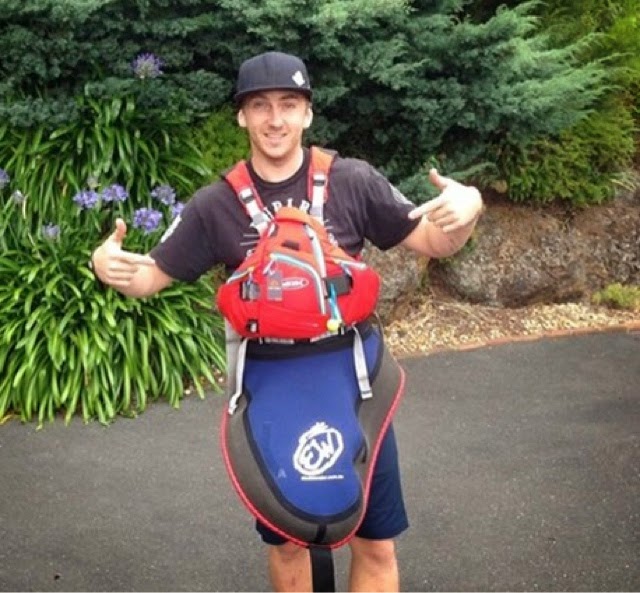 DBP: What drew you to join up with Dirt Bag Paddlers, and what is your personal philosophy on whitewater and the world?
MP: Well DBP just kinda happened I suppose, right time right place kinda thing. In regards to personal philosophy I suppose I’m like most people who love the water, I just love the pure mindlessness of whitewater – when I’m in my boat that is where I am in the world and no other thought passes through my mind… In regards to my worldly philosophy I just think people should travel more and think less…when you turn 50 you will never look back and regret the year you spent traveling the world paddling…
DBP: It’s been a pleasure to talk to you and look back at an amazing year. Looking to 2015, what is on the horizon for Michael Picone?
MP: Well I’m hitting up New Zealand to go fall off some stuff in a couple weeks, and I guess I’ll probably meet someone there and get an invite to go somewhere else to fall off something in another far away place… haha can’t wait! 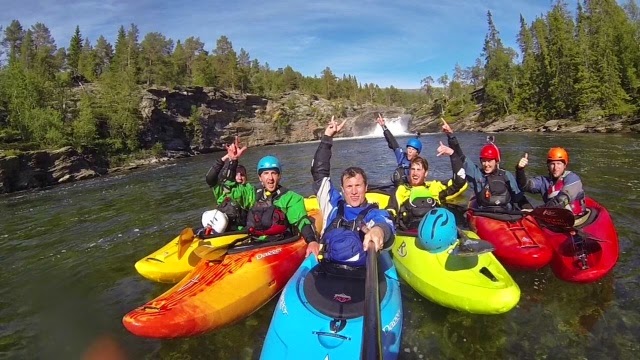 It doesn’t get any more Dirtbag than that! Pursue your lifestyle to the fullest, get out there and go fall off some stuff! One Love, One River! 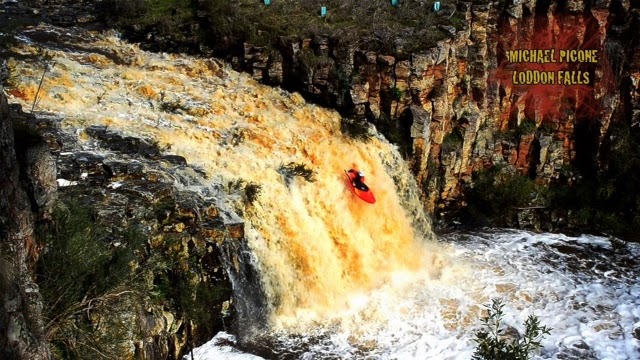 Spotlight on an Original Dirtbag: THE MAD CZECH AND THE JETI by Kevin “Taz” Riggs