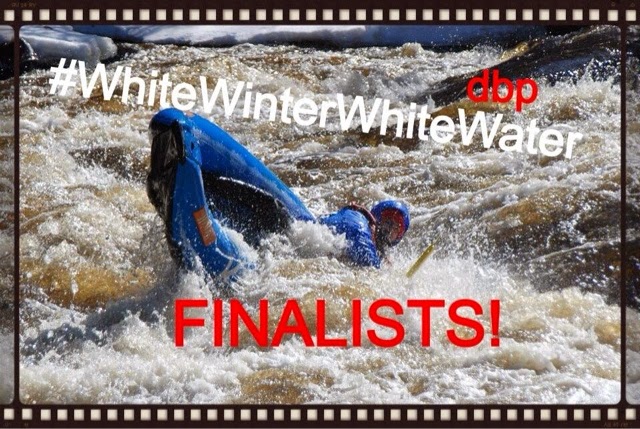 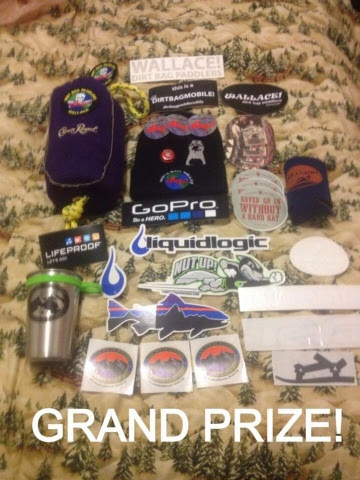 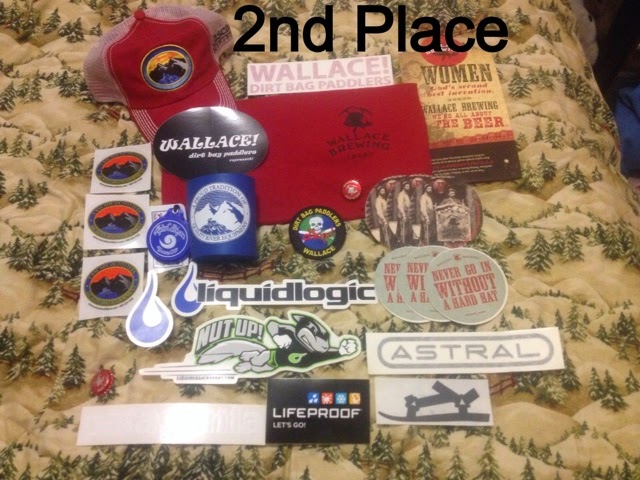 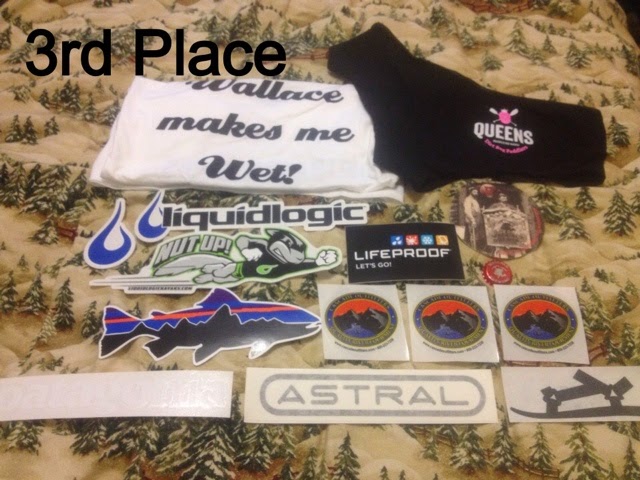 Trent McCrerey of Boulder, Colorado entered a sick edit with the following words: “So I guess the big question is, why the fuck would you go paddle in 20 degree temperatures and low flows, haha! The obvious reason is – To take a rad photo and post it on Facebook right?! Haha. Although I can’t completely deny that aspect, for me I did it because spending a day freezing my arse off on the river is better than spending a day not on the river at all. I had a full anterior hip replacement done in August and gravitational pull to the river was stronger than ever.  Despite ice and hightened consequences… I had to break in the new hardware. I called up the SBRC crew and we made our way up to Gore Canyon on the Colorado River. The anticipation was real. I had no idea how my hip would react to kayaking, and swimming was not an option. Ben Hymes, Paul Raymond and I put on and entered the winter wonderland. The views throughout the canyon were next level. Fortunately for me my hip felt great and the lines were clean!”
A photo of Trent in full facemask WALLACE mode paddling Gore. 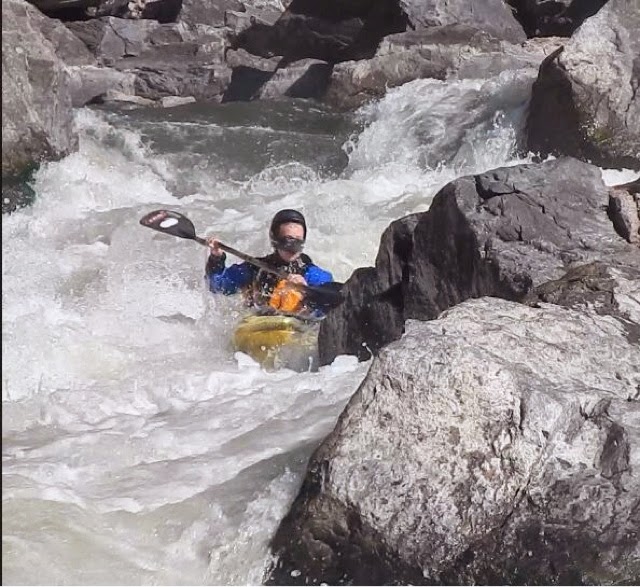 Trent’s edit
http://youtu.be/3vE7-r7u05M
Etienne Beland sent us an edit at the deadline that wowed us. This kid has an amazing story behind the great boating – he lost his thumb last year in an off-river accident. “I created a Athlete account so maybe I can get some help to make more kayaking edits. With my no thumb presently, I have planned some good projects this years with a buddy. After a summer of kayaking all around Québec, I’m going to Équateur for 2-3 month then sending back to Calgary to work and paddle with friends.” This kid has a huge drive, setting up his own paddle to overcome his disability, and NOT GIVING IN. Watch for an interview when Spring hits and the Ottawa gets ripping.
Etienne’s edit:
https://www.youtube.com/watch?v=1q1z9x9xMAo
Martin Dormaier of Team Action Force of Germany fired up an IK edit cold enough to freeze anyone’s cajones! “OK so here’s the short bio.
Name: Martin
Age: 23
From: Munich, Germany
Job: Raftguide and lazy College student.” Def Dirtbag!!
Martin’s edit:
https://m.facebook.com/story.php?story_fbid=357380724287734&id=433564900083&refsrc=https%3A%2F%2Fm.facebook.com%2Fvideo.php&_rdr
Ryan Strong submitted an entry that just missed the cut. “I’m a Colorado transplant from Wisconsin. 2015 will mark my 3rd season as a paddler. I am one of the founding members of the HWDAMF. (Hard working dumb ass mother fuckers). Check out our video series on Vimeo, lots of quality go pro footage on classic moderate runs from both the Midwest and Colorado.” Follow Ryan on Instagram @jungledog.
A few edits from HWDAMF
Upper Midwest:
http://vimeo.com/98569367
The Numbers in CO:
http://vimeo.com/100370746
WALLACE :
http://vimeo.com/109747311
Jack Orr came back with a winter edit from the snowy Tellico fresh off winning the TOP WALLACE contest on New Years Day! “Being a Dirtbag takes a lot of commitment. You have to accept eating a jar of peanut butter and a loaf of bread. You have to be willing to blow off class or work whenever because it rained the day before.  It’s more than meets the eye to people that don’t refer to themselves as dirtbags. It is actually a lot of work.”
Jack’s edit:
https://m.youtube.com/watch?v=m7DiKpbXyvM
Caleb Chicoine is another winner from TOP WALLACE, and this kid is one of our favorite videologists out there! Working under the banner of Downriver Films, he submitted a winning piece of EPICNESS, and then demurely passed on being a finalist, saying with real class, “Haha give it to someone else, spread the LOVE! Anything to help out fellow dirtbags!” But this link is DEFINITELY worth watching. Remember this kid, he’s only 16 and GOING PLACES.
Caleb’s link:
https://vimeo.com/118193837
THANKS TO ALL WHO PARTICIPATED, VOTED, CONTRIBUTED PRIZES, AND MADE #WHITEWINTER A SUCCESS! ENJOY THE FRUITS!!