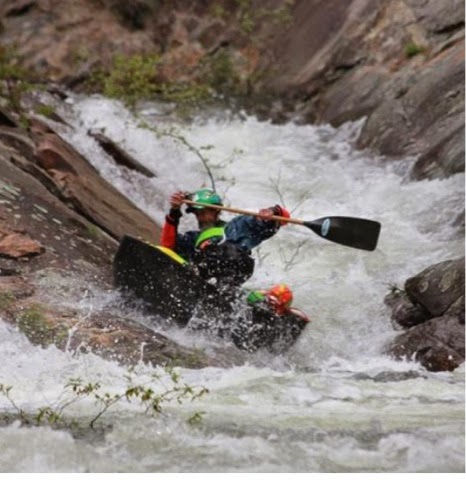 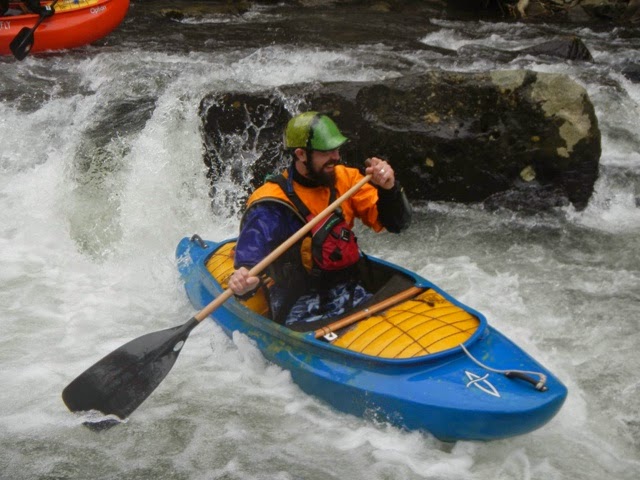 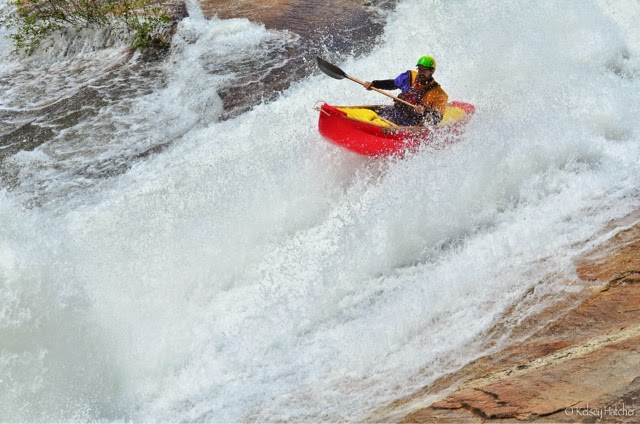 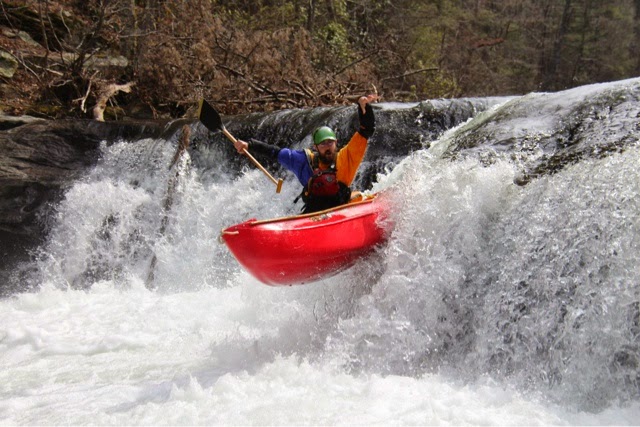 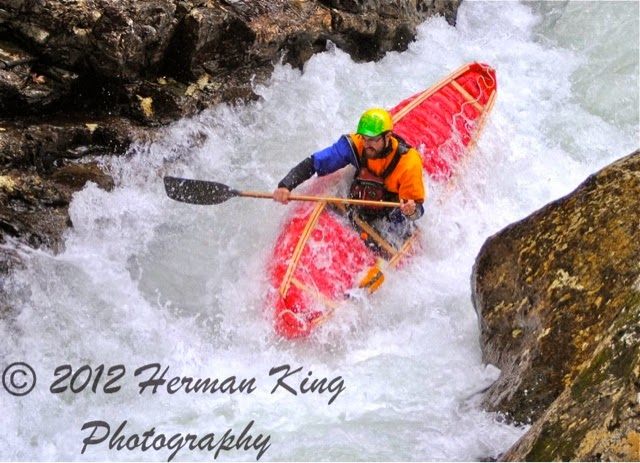 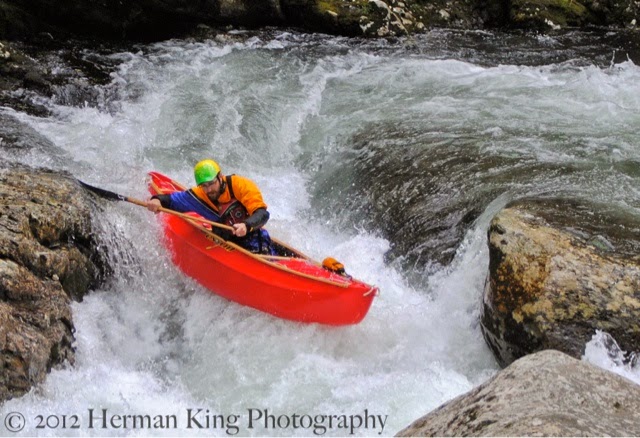 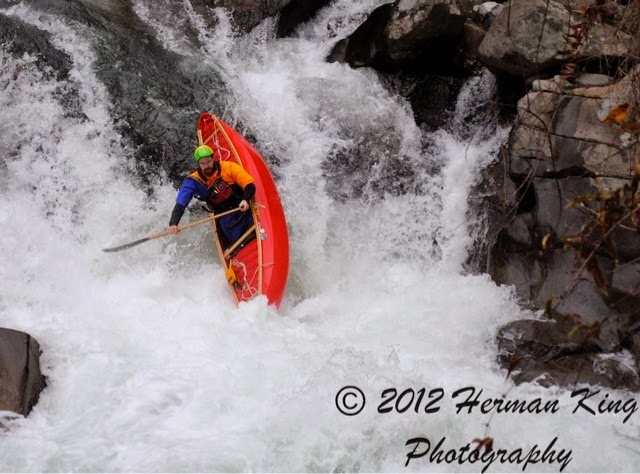 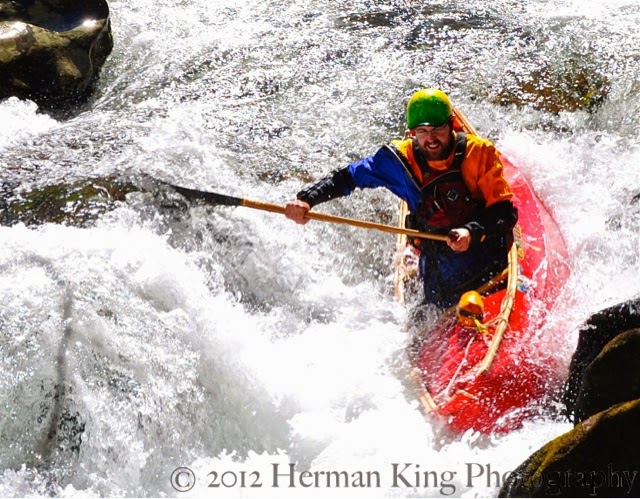 Tremont – Herman King
Vince also put up a quick clip on Vimeo. “Just shot a new video of that completed shaft,” he says. “The blade end is covered for proprietary security reasons. I weigh 180 pounds and do some light up-and-down movement to demonstrate the flex.”
https://vimeo.com/125595898
POST SCRIPT: These two photos were submitted by Trey Cambern, to the Dirt Bag Paddlers Facebook page. Trey is a committed Zap Paddle man!!
“Photo credit for the first one goes to Neil Stanton, the second is Alex Vargas and the first one is the Mini Gorge the second is Flight Simulator.  Both on the West Fork of the Tuckaseegee in North Carolina” 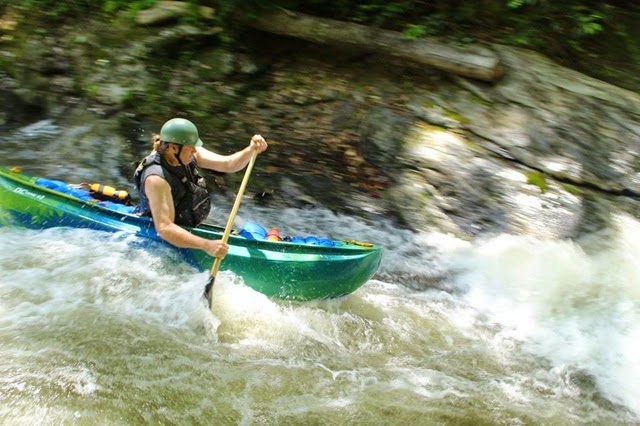 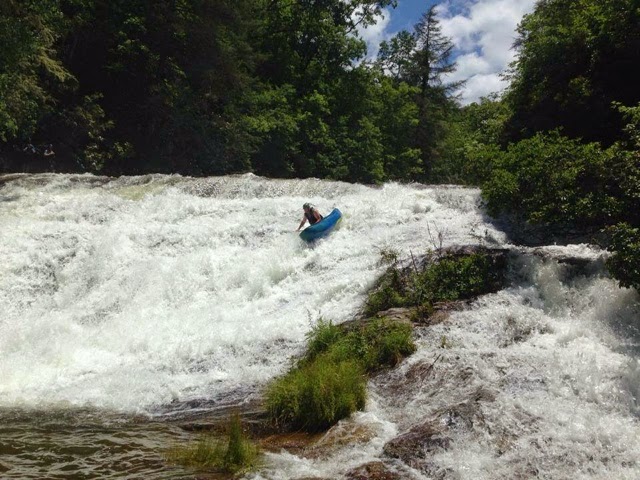 4 replies on “CUSTOM WOOD ~ Vince Zappia & the art of making paddles. By ChicagoToughill”

Once you go ZAP you will never go back !!!! I am not a small guy and Vince brought me a paddle that suits me well. First day with that paddle I wore myself out, I have never had a paddle with as much bite as the ZAP. My paddle is a 59 " with a flat blade. I have paddled and broken many paddles much like Shawn, my Zap is not treated like a princess, rock braces and bottom scraping are regular use. She is scratched up and not nearly as pretty as the evening I first laid eyes on her a little over a year ago, a nice low brace slide down Flight Simulator, 28ish' slide on West Fork of the Tuckaseegee, would test any paddle. She taking a beating and other than some scratches she is solid. The shaft although not huge in diameter is strong with just the right flex to keep my shoulders happy. I was told once that with a bad paddle you feel it on every stroke, with a Zap you just sit there in wonder and thank Vince for his amazing work. Great Job Vince, Great article Chicago, thanks for getting the word out.

Where can one obtain pricing and ordering info?