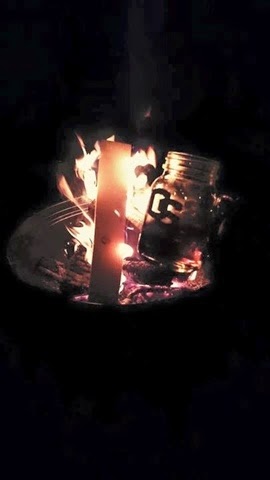 In my early years at the Chattooga I used to like to walk up to the apple orchard behind our outpost. At one time that area of South Carolina was the apple producer to the nation. To this day it’s still known as the Golden Corner for that reason. That was the 20’s and 30’s, now most of the industry has faded and a lot of the orchards have been removed or sit unattended. Minnie’s orchard was still there and I loved to go up there in the spring to smell the sweet scent of the apple blossoms. I would sit at the top of the hill and let the soft breezes bring an almost heady aroma to my nose and watch the sun go down. One evening when the colors on the horizon began to fade I made my way down the hill and along the dusty red clay lane that wound it’s way back to the outpost.
In the distance I could see a local gentleman walking towards me. I would assume he was a local. He wore overalls, was carrying a shotgun under one arm resting in the crook of his elbow, a Mason jar in the other hand, half full of clear liquid which swang back and forth as he shuffled along. Now, this is the land of “Deliverance” fame, so I already had it in my mind to be cool and cordial.
I greeted him as we got close. He stopped in his tracks and held the jar out to me and slurred, “Here, have a drink.” “No, thanks,” I said, “I haven’t had any supper yet and I don’t think it would sit too well.” “Aww, come on, drink.” He held the jar up again as he shifted his weight to the other foot, then steadied himself so as not to topple over. “I appreciate the offer, but I think I’ll pass.” I said. His face tightened up, almost angry. Then he took the shotgun and shoved it into my ribcage and said sternly, “Now drink.”
Cool and cordial, right. I’ve had my share of moonshine, so I thought it best to show him I was both a man and a gentleman. I took the jar from his hand, and unscrewed the lid. Opening my mouth wide, I poured enough in to impress him and swallowed without hesitation. My stomach wanted to protest, sweat beaded up on my brow and my face was surely as red as the sunset had been. “Stuff’s rough, huh,” he said with a crooked smile. “Yeah,” I wheezed in a gasping whisper. Then, he turned the gun around and offered it to me. “Now, you hold the gun on me, so I can drink some.”
My rafting crews eat this story up every time, shocked and wide eyed.
Be careful this weekend, folks ! ! !