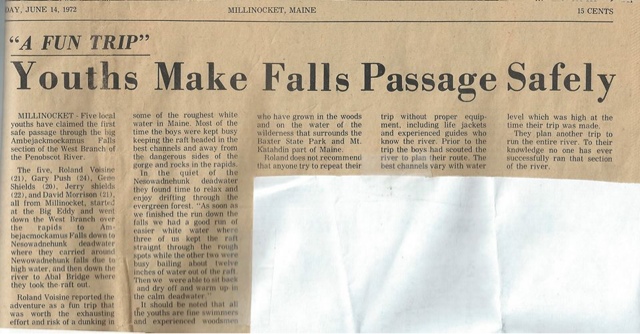 Nearly forty three years ago five young dirtbags risked all to score a first descent of the Ambejackmockamus Falls section of the West Branch of the  Pebnobscot River in central Maine. Pushing bucket boats down the Class IV rapids was no minor feat, and we give these oldschool dirtbags a hearty salute as we look back at their accomplishment.
The five guys who ran the river were young men at the time: Roland Voisine age 21, Gary Push age 24, brothers Gene and Jerry Shields age 20 and 22, and Dave Morrison age 21. All hailed from nearby Millimocket. They put in at Big Eddy, now the usual end of a classic hardcore East coast run considered comparable to the Upper Gauley of West Virginia.
These badasses sent Ambejackmockamus Falls, considered unrunnable at that time, which is all the more amazing when you think about the technology of the time: old World War Two boats that needed to be bailed out by hand, old floatation vests, and helmets? Nope. They opted to portage Nesowadnehunk Falls due to high water, and paddled the flatwater down to the takeout at Abal Bridge in high spirits.
Through the rapids, then considered “some of the roughest white water in Maine,” the boys were reported as being “kept busy keeping the raft headed in the best channels and away from the dangerous sides of the gorge and rocks of the rapids.” Roland Voisine was quoted as saying, “as soon as we finished the run down the falls we had a good run of easier white water where three of us kept the raft straight through the rough spots while the other two were busy bailing about twelve inches of water out of the raft.” He also quite rightly suggested that others not attempt the run “without proper equipment, including life jackets.” The boys had put in the time, properly scouting the run before taking it on in high water. 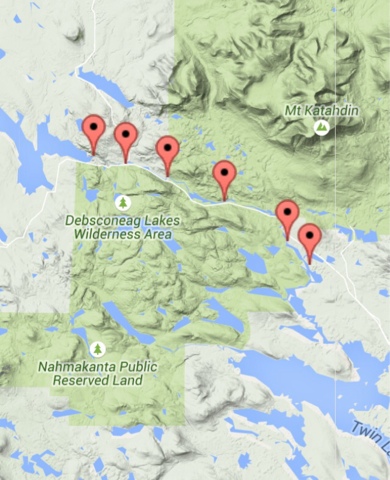 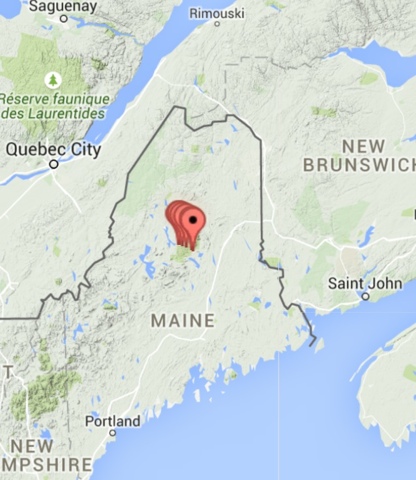 Today we cheer on the 1972 accomplishment of these five natives of the great State of Maine, and remember well that their intrepid journey, along with the others of their era, set the stage for the boom in whitewater rafting in the 1980s which allowed for the eventual growth of the lifestyle and community which we hold so dear today.
Cheers to Dirtbags! Cheers to Maine! And cheers to the spirit that continues to push the envelope forward today! 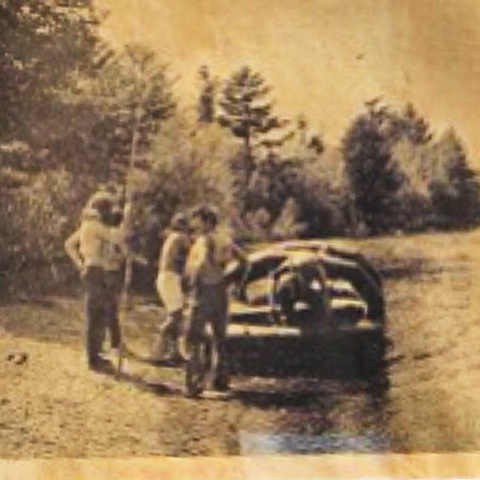