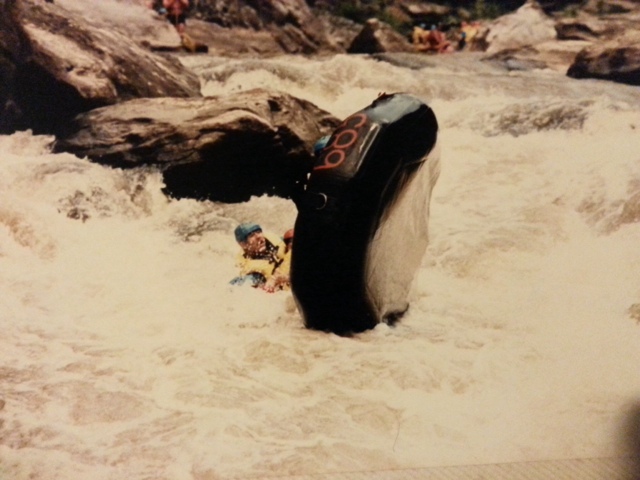 Everyone who’s been at it a while has their own Mother River. Not necessarily the first river or the biggest. It could be the one in your back yard, or the one that inspired the breaking of that plateau that meant there was no turning back from the sport you had chosen. Maybe it’s not whitewater, but the first water to find you in a small boat and a place you can always return to relax and refresh your soul. After I guided for a number of years, guests would ask, “So, what’s your favorite river?” My best answer has always been, “We don’t compare our friends, do we?” Every river is different and each has unique qualities of it’s own. Or, like Crosby, Stills, Nash and Young said, “Love the one you’re with.”
The Chattooga River is my Mother River. In 1974 it was designated as the first of three rivers to receive protection under the new Wild and Scenic Rivers Act. Some rivers under that act get a recreational or scenic designation. In order to be both wild and scenic the river must be free-flowing and clear of any development along the main corridor of the river. Access to the river in most cases is about a quarter of a mile walk from a parking area. The fact that it is free-flowing means that during the summer months it does what natural rivers do, it carries less water. And, with a good hard rain it carries more, sometimes without warning.
By mid-summer most recreational boaters have retreated to the convenience of dam controlled rivers where they can park beside their preferred rapid and play til the water goes off. We don’t get those kind of luxuries here. We don’t have the opportunity to memorize routes, as soon as we do, the water level changes, then we find ourselves high and dry, or upside-down.
The river also has a dark side; it has a reputation for taking lives. The community has rallied many times to help those in need and there have been times when it was one of our own. As a result most all Chattooga guides do not see their crews as play toys, to embarrass or intimidate for our own amusement. Not to mention we are in a wilderness environment by medical standards and evacs are an arduous pain for everyone including guests.
In the mid nineties a friend had pestered me for a couple years about working on the Gauley River. I was a little anxious as I had paddled it for fun and considered it bigger than the Chattooga. He said, “You know how when you’re a couple of inches off line on the Chattooga…you pay the price suddenly? On the Gauley, you can be six feet off line and you’ve still got time to save it!” So, I went up to see if I had what it takes. To this day I still wonder just what it says, when I wasn’t even asked to do a training run. “He’s from the Chattooga.” was all.
When I started thinking about going back to the Chattooga, I had to think back a little. It had been seven years since I had been there doing trips in the spring as a “Merc”. It’s also been fifteen years since I had worked there full time and that had been my home river for more than twelve years, working seven of those as a head guide and trainer. And then a couple weeks ago while counting the years going backwards, I suddenly realized that this would be the 30th anniversary of my professional career as a guide. But the relationship goes back even further.
Four years before that, I had taken a five day beginning canoe course with the company that I came to work for the following year. During that course we spent two days on the river. I’m thankful that my instructors didn’t restrain me, because as the years went on I realized they allowed me to do things one would normally not encourage a beginner to do, such as running Dick’s Creek Ledge and Bull Sluice. I would also say that the year before that was truly the real beginning of my passion for whitewater. A couple of friends that I regularly played racket ball with invited me to join them on a river trip. One of those friends paddled a kayak, the other a Blue Hole Open canoe. I was put at the helm of a soft raft with four big passengers. My, my, they seemed to be having fun in those little solo boats. And what qualified me? I could make a boat go straight on the flat water of the Chattahoochee, just north of Atlanta. 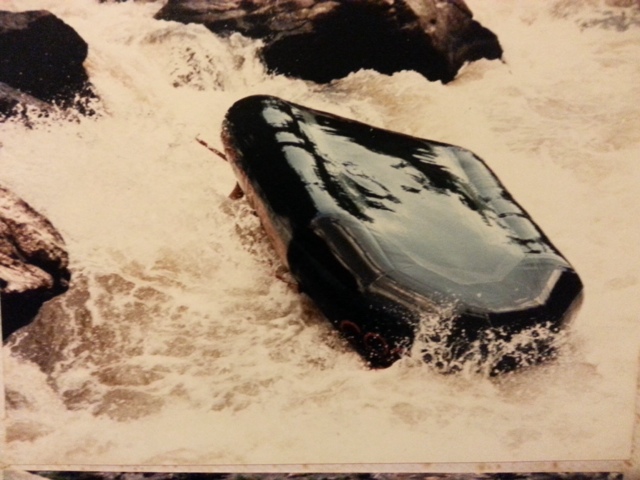 Taz’s Bucket WALLACE
I wish that I could say that nothing has changed but that is not true. Rivers are always changing. Decapitation Rock in Bull Sluice shifted some ten years or more ago making the first of the Double Drops taller and steeper. Crack-in-the-Rock Rapid, the third of the Five-Falls, saw a dramatic transformation. The rapid is made up of a line of boulders almost shore to shore. Water poured over and between the boulders making it runnable, or questionably so, at certain levels. All these years there had been a crib-work of logs and debris blocking the passage of water under the rocks. A flood two years ago removed the blockage, lowering the pool above and allowing two kayaks that I know of to be swallowed whole by Right-Crack. One spit out forty-five minutes later, the other never seen again. Soc-em-Dog is pushing hard to the left, right into Hankie, the cut-off level is much lower and though I haven’t asked for details, apparently there was a death there some years past. Some things don’t change. The other day I was asked how they got the sand in for the beaches.
This is the land of bucket boats and coil ropes. They have both proven an everlasting place on the Chattooga. Never could understand how a throw-bag could ever be seen as superior to a coil. And the argument for self-bailing boats just doesn’t hold water in summer. I’ll trade the extra weight of a bailing floor for a bucket to carry down the trail in summer. Thank goodness that we have a fleet of bailers for when the river is high, I never thought the day would come.
Sometimes we take things for granted. Like: sliding into crisp clean sheets at night; a long hot shower; or, a hot filling meal with close friends. I know these things but can still appreciate them not as a given. I won’t fail to see that lone scraggly pine stretching alone into a blue sky. I won’t fail to hear a large rock trundeling back and forth with a deep bass clatter and thud somewhere in the guts of Middle-Crack. And what I call Goldilocks water: Not too cold and not too warm; just right.
The day that I got there this spring, I was being shown around the outpost and was asked if I would be staying for the whole summer and if I would need a place to sleep. So, I was shown what could be my cabin, Sweetwater. I went right past nostalgic to reality check, this is the kind of lodging I think of when I think of guide housing. 12’x8′, tin roof, half walled with screen all around. Perfect, and best, no electricity. Don’t need electricity to sleep. There’s probably 20 cabins scattered in the woods, with names like Open Arms, Governor’s Mansion, Handicap and the Swamp (which has a distinct gravitational pull). The group as a whole is obviously dedicated to safety, as there are almost constant meetings on the subject, sometimes two and three meetings happening simultaneously.
The social calendar is always full and we have an impressive amount of wood to burn at will. The volleyball pit got a fresh load of sand. Everyone is clear on the rules of honor involved in being a “Dramper”, the community cooler stays well stocked, but don’t forget to call for a “Howdy” before you get one for just yourself.
What does it feel like, going back, after all these years? Don’t Know. I just started again.
Come, liquid sunshine ! ! !
the Preschooler,
Taz 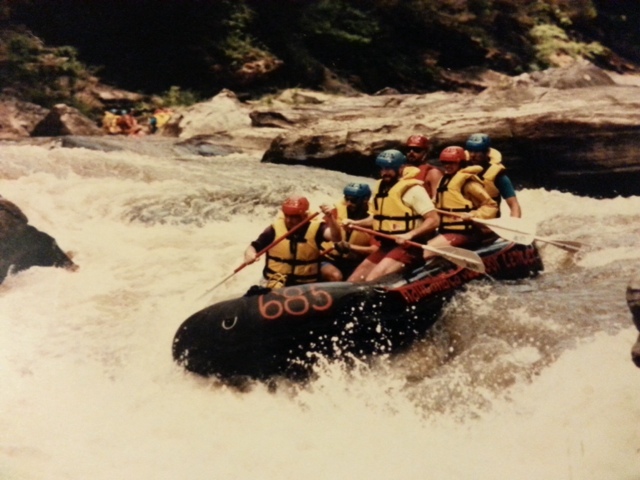 All photos are Taz style throwback bucket boatin’ from May 1986