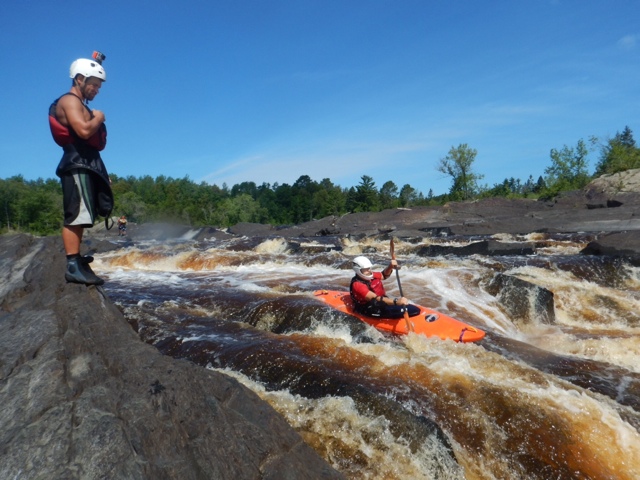 Jason scouting part of the Octopus while an anonymous boater runs it
I arrived at “The Outpost” near the put in for the lower St. Louis River on Friday evening before the 4th annual Paddlemania, arriving around 5PM to meet my friend Jon “Sizzler” Sisley for a lap at “fish flow” (read: no release). I had never seen the river, and I was planning on entering the race the following day. After Sizzler arrived, we and some other dirtbags ran a lap. I wasn’t sure what to expect, although I had heard lots about it.  I am happy to say it exceeded my expectations. I don’t think I can compare the lower St. Louis to any other river I have seen. It’s a wide river wirh fluctuating flows from 500 cfs in summer to above 10,000 in spring, creating completely different lines and rapids.
​After our lap, we all decided to get some grub and beverages, dirtbagging the local festival, Carleton Dayz, that was taking place only a mile away from the outpost. Needless to say, after we all “shot the minnow” (took a shot with a live minnow in it) the rest of the night was filled with many mischievous activities. 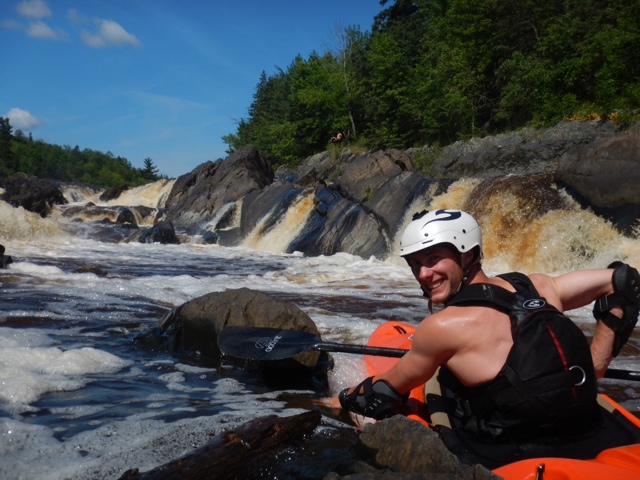 Sizzler at the bottom of Swinging bridge
​With the sun beaming through the netting of my tent (which I had not bothered to finish setting up in fear that I would oversleep), I forced my eyes open to check the time… only to find it was 6AM. So, I just got up anyways. A beautiful morning it was!  Soon dreary dirtbags were poking their heads out of tents like daisies in May. Most congregated back at Carleton Dayz for the can’t miss pancake breakfast around 8am.
​Most dirtbags at the event ran a lap around 10am after the dam started releasing, getting one practice run in. The Blast to the Bridge Race, starting just below Thomson Dam with the swinging bridge in Jay Cooke State Park marking the finish line, kicked off at 1pm with 26 racers released in one minute intervals. Sizzler won with a finishing time of 21 minutes and six seconds, followed by Ryan Zimnay, with Joerg Steinbach placing third. Cassie Gonzalas, one of two women in the race, took first with a time of 23 minutes, 55 seconds in their division. 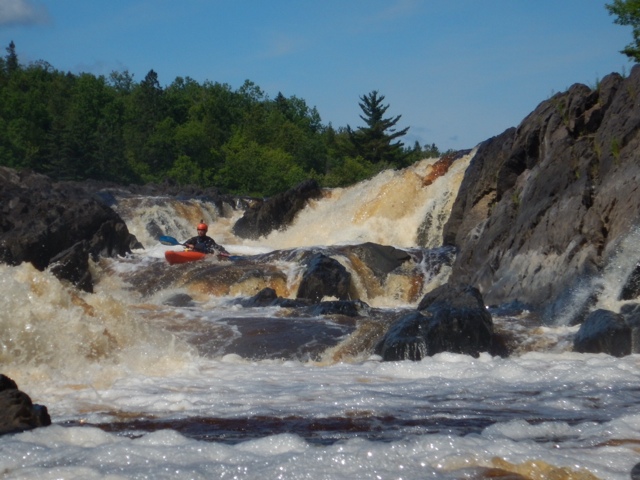 Marcelo Galizio running the “Taint” line at Swinging bridge
I was bib number 4, and was the 3rd to be released. I finished the race with the time of 23 minutes 16 seconds. I liked being released in one minute intervals. It was a neat feeling being alone in sections, and the spectators at the “Octopus” and the final rapid “Swinging Bridge” definitely helped me push myself through those tougher rapids and across the finish.
​After the kayak race, I rushed back to the Outpost to get my raft blown up for the raft race, which commenced at 3pm. This race was run like a slalom event.  Gates were set up, and time was taken off for missing gates, hitting gates, and not getting everyone through gates. I was set on winning. My team made every gate and got everyone through.  I thought we did really well, and would be tough to beat. 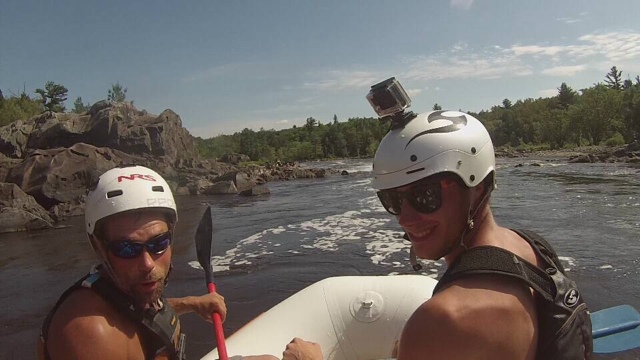 ​After one raft popped, the raft race ended up taking longer than expected and tensions grew high.  The “Slot Machine Showcase” was almost cancelled because of the delay. However, around 6pm a few brave dirtbags grabbed their gear and headed for the “Slot Machine”, where the river constricts into a 20-30 foot wide channel that cascades over a sliding drop of about 15 feet.  The drop creates a nasty hole at the bottom that is often difficult to beat, but it wasn’t retaining anyone one this day.  It is also very difficult to boof the hole because of the sliding nature of the drop.  So typically it’s a competition to see who can run it without getting beat down by the hole at the bottom. The most interesting run was when one boater got caught, squirted, and shoved into the rock wall on the right, making him do an unintentional splat. After about an hour, dirtbags were getting anxious for the awards (remember we didn’t know the times yet) and the barbeque, which led to taking off PFDs and jumping off the cliff into the pool below the Slot Machine. Then helmets came off, which only escalated from there… 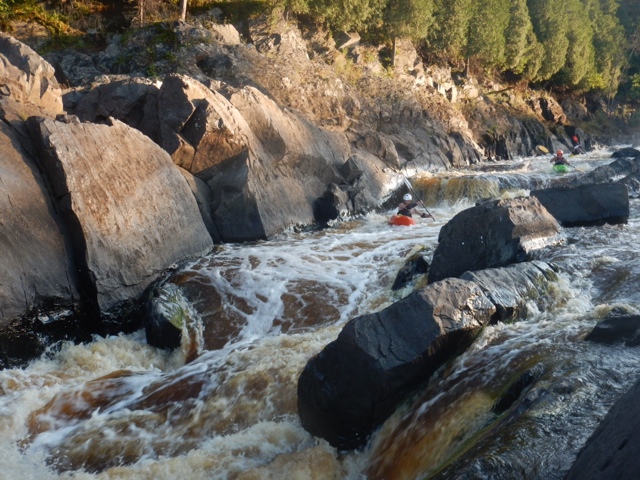 Sizzler(orange), Sam the author(green), and Tony(yellow) running Fin Falls
​At the awards, it was no surprise (for me anyways) that my homie Sizzler took home first place, winning a paddle from Accent, who already sponsors him… like a champ. Cassie, sporting the gnarly-red-dreds, scored a sick new PFD for her finish. My team took second in rafting to a team led by another guy also named Sam, whose last name I don’t remember, but he was a ginger.  And the spray skirt, which is annually given to someone with the most memorable run at the Slot Machine, was given to the dirtbag who did the unintentional splat. 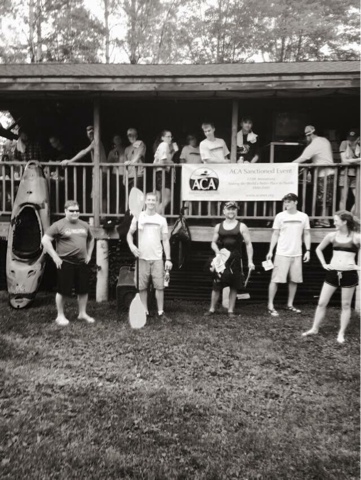 ​The rest of the night was filled with great fun and eventually moved back down to Carleton Dayz where Sizzler was charming all the local girls with his first place victory. Shout out to Cliff, Swiftwater Adventures, and the rest of the sponsors who kindly donated prizes! It was a great event! Thanks!​
Slot Machine action 2011
PADDLEMANIA home page-
http://www.paddle-mania.com
PADDLEMANIA & Blast to the Bridge on Facebook-
https://m.facebook.com/pages/Paddlemania-and-Blast-to-the-Bridge-Downriver-Race/130667843619399?sk=photos_stream&tab=photos_albums
More info about The Outpost-