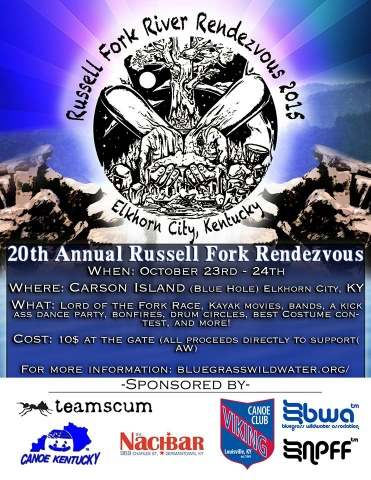 The Russell Fork Rendezvous, one of the great late season paddling festivals in America, kicks off tomorrow at Carson Island, outside Elkhorn City, KY. This river is a favorite of many of the Admins of the Dirt Bag Paddlers Facebook page, and you will see some big names, including our very own Aaron Erdrich, competing in what is one of the best whitewater races around. DBP caught up with Bluegrass Whitewater Association President Bob Larkin to find out more about what’s in store for all the dirtbags streaming in for the festivities.
“I’ve been fortunate enough to meet some of the Dirt Bag Paddlers at the National Paddling Film Festival (Editor’s note: read about the NPFF in DIRTBAGS GO TO KENTUCKY : FIRING UP THE NATIONAL PADDLING FILM FESTIVAL in this Mag, Feb 19th posting) and hope to do the same at the Russell Fork Rendezvous,” Bob tells us. “One of the best things about being a member of the BWA is having access to some of the true pioneers of the sport. With that in mind, I’ve enlisted the help of one of the founding fathers of the Rendezvous as well as the BWA itself in this discussion; Brent Austin. I thought, to give some perspective on the gorge section as well as the Russell Fork, that Brent would be a great person to chime in on some of these questions.” 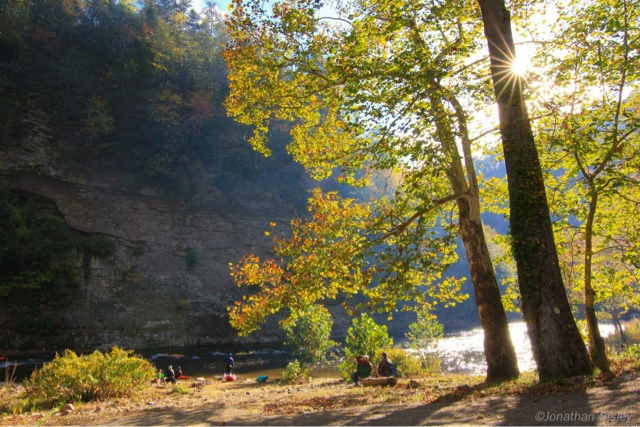 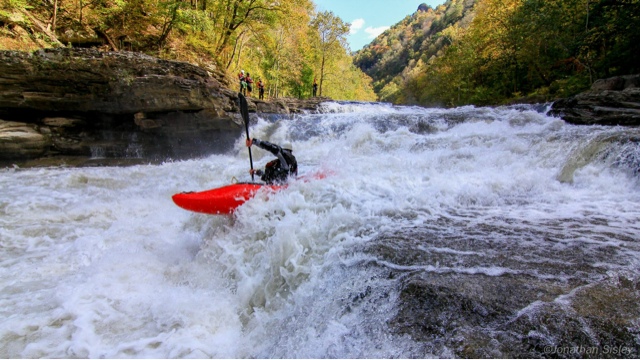 DBP: This weekend is the Russell Fork Rendezvous, and dirtbags including many Admins are flocking to Kentucky to get in on the epic action and post-paddle fun! Can you give us a quick run-down of what everyone should expect?
Bob: “This year is the 20th anniversary of the Russell Fork Rendezvous. Together with the Viking Canoe Club, the BWA has put together an event that we hope will do the festival justice. Once again we’ll be hosting this as a fund raiser for American Whitewater. On the first night we’ll kick off with some kayak porn, courtesy of the National Paddling Film Festival; there will be bonfires, drum circles, with all players invited to attend, and an open mic night, for those with talent and for the rest of us that don’t. On Saturday, we’ll kick Rendezvous into high gear. Starting at 7:00 PM we’ll have a couple of bands followed by a tradition at Rendezvous, the Rendezvous Dance Party. If you’ve never been to this thing, trust me, it can get pretty crazy, and go on until who knows when. Being this close to Halloween, we’ll be having a costume contest. Feel free to dress up or come as you are.” 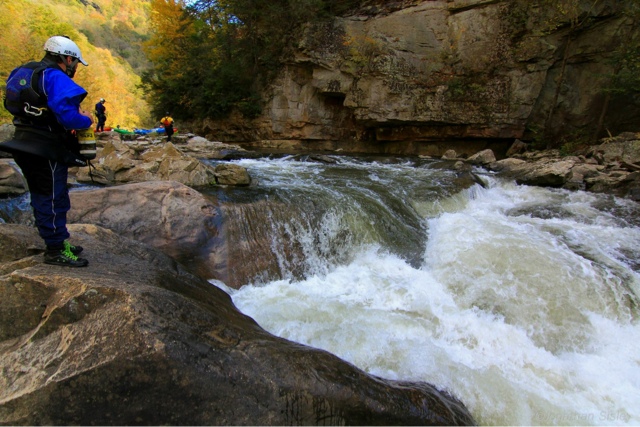 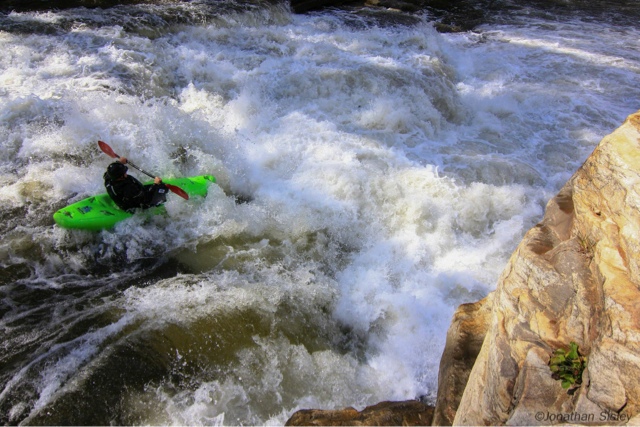 DBP: This river is renowned throughout the SE as one of the top Class V destinations. Please draw a picture for those who’ve never made the paddle of what the Russell Fork is all about, and tell us why you think it’s such a legendary stretch?
Brent: “This run was considered unrunnable in the 70’s by some.  It began to be boated in earnest in the 1980’s, and was considered expert only and cutting edge at the time.  It is classic big water steep creeking and brings out the best paddlers from all over the globe to compete in the LORDS OF THE FORK race.  Big rowdy drops like Tower, Triple Drop and Climax are a few of the famous names here, along with steep, blind and in some spots dangerous rapids like Fist. The fact that it is a four weekend release schedule in October when the leaves are turning, following the Gauley season when there are often not a lot of other options, along with its reputation, tends to bring folks in from all over the globe.  The race alone brings world class competitors from all over and is now in its 20th year – first one was in 1995.” 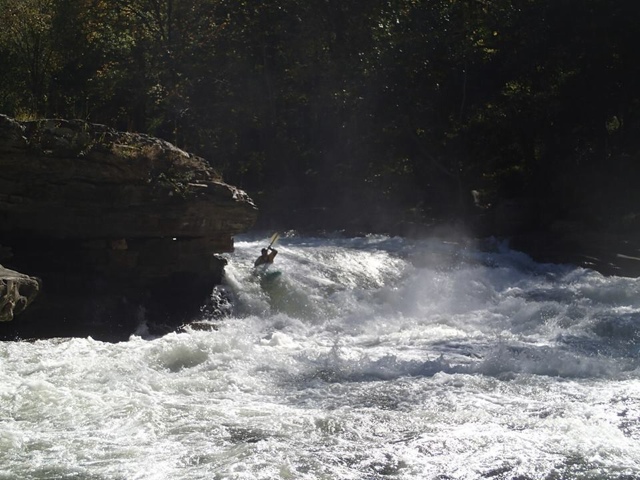 The Croatian Sensation George Kaider sending El Horrendo, photo by Mike Croak.
DBP: The rapid that transfixes all who dare to send the Fork is undoubtedly El Horrendo. Tell us why this Class V monster rules all.
Brent: “El Horrendo is the biggest drop and most visually impressive.  Although there are more technical drops, El Horrendo is a classic; it is big and it is iconic.  If it is a monster, it is a big friendly monster.  In fact, it is quite easy to get out on river left after the drop, hike back up and run it again.”
DBP: The Rendezvous, benefitting American Whitewater, is hosted by Bluegrass Wildwater Association, a group we at Dirt Bag Paddlers has come to love through the National Paddling Film Festival held every winter in Frankfort, KY. Can you tell us a bit about the mission and history of BWA?
Bob: “The club was founded in 1976 by some of the real pioneers of the sport: Brent Austin, Barry and Cynthia Grimes, Don Spangler, and many others that are still devoted members of the club and have been here since the club was first dreamed up at a safety break on some forgotten river. Our mission is simple – we love the sport and want to share that love with others. Some of our members are world class boaters, some do good to paddle Class III rapids without being signed for sponsorship by Speedo at the takeout, but all share the same love of the sport and the community that surrounds it.” 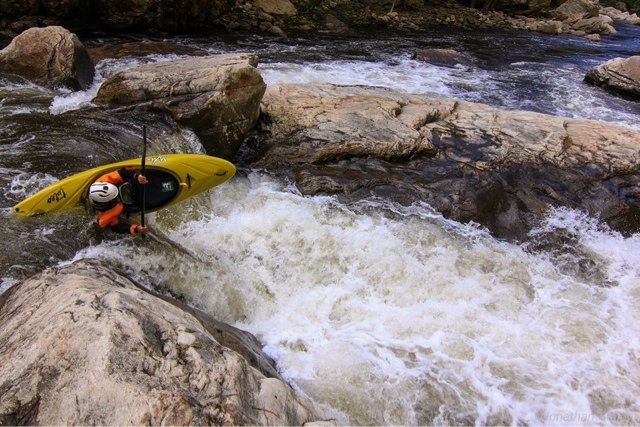 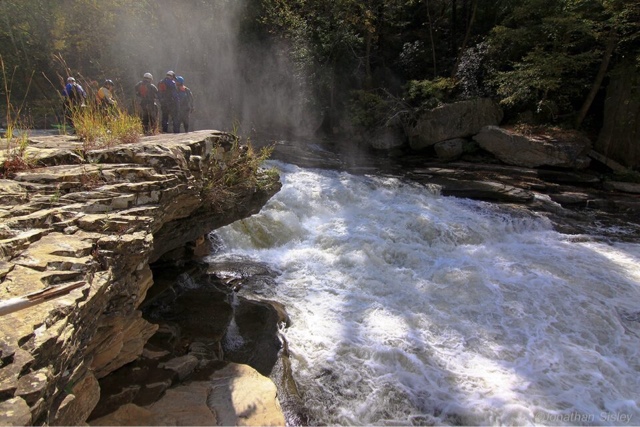 DBP: We see there’s a costume competition this weekend at the Rendezvous. Dirtbags love a costume party! (I dressed as Tigger the Tiger at Gauley Fest during this year’s Dirtbag DJ Danceparty, hahah!) Care to divulge any dirt on what a certain President of BWA might wear?
Bob: “Now we’re getting into closely guarded secrets, but I will say that I’m a sailor from a long way back and I have a tall beautiful wife named Olive, no wait, her name is Megan. Damn, I’m already in character. Would somebody please pass the spinach?” 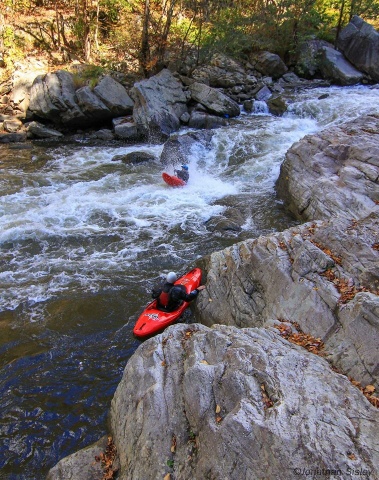 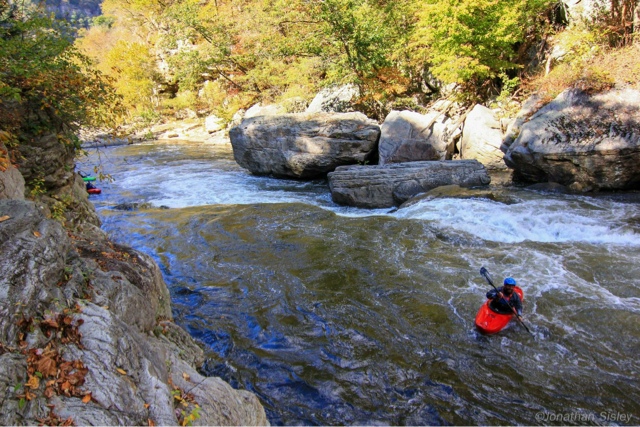 DBP: What is the story behind the name of the race, LORD OF THE FORK?
Brent: “We lost a great friend in John Lord, who died at Tower rapid and for whom the race was renamed.” 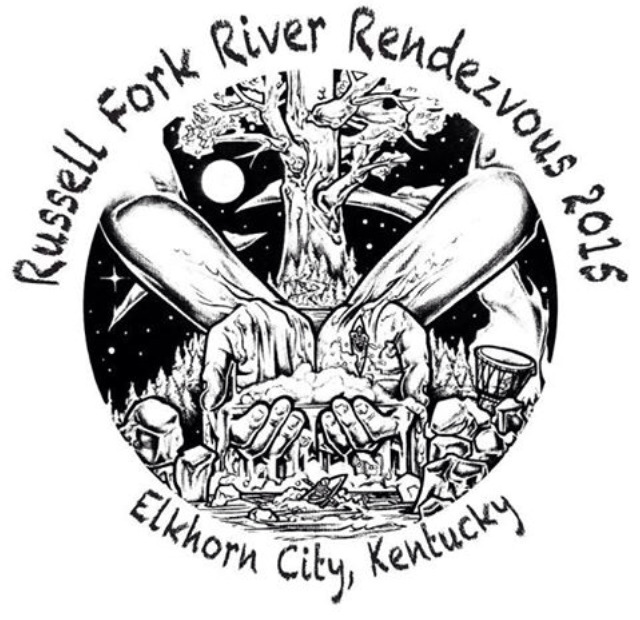 DBP: Thanks so much for your time, Bob and Brent, and we wish you and all involved good lines and great luck this weekend! Got any last words to share with the Dirt Bag World?
Bob: “I’d just like to thank you guys for the shout outs to the NPFF (www.npff.org) and the Russell Fork Rendezvous and hope to see some sort of crazy film submission for the next NPFF. Maybe some Dirtbag boater carnage. Look me up when you get to the Rendezvous, I’ll be the one carrying on another long held tradition…. you’ll know it when you see it. Skobotin…”
INFO ON THE RENDEZVOUS, RELEASES ETC-
http://www.russellfork.info
AMERICAN WHITEWATER DESCRIPTION OF THIS SECTION (linked to AW’s main page where you too can support their non-profit advocacy for river runners everywhere!)-
https://www.americanwhitewater.org/content/River/detail/id/2010/
Luke Hopkins’ short on The Fork