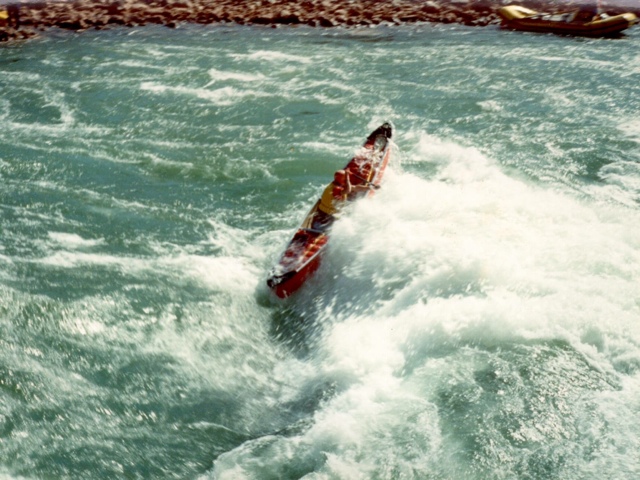 It’s not everyday that you meet the legends of whitewater, but go to a top rank river on release week (in this particular case the Upper Yough in Friendsville, MD) and you probably will! I had just such an opportunity last September, and I was pleased to not only meet Mr. Jim Michaud, one of our community’s outstanding longtime canoeists, but also to ride with him on shuttle and be given the opportunity to interview him for you! He’s run 237 rivers, owns 17 boats, and didn’t really start getting hardcore on the challenging rivers till he was in his forties… And that was many decades ago! Enjoy, and be inspired!
DBP: You’ve had an amazing career! Tell us about how you got your start please.
JM: In 1954, while in Boy Scouts, I went on a week-long canoe trip in the New York Adirondacks.  I had a great time but that was the end of any boating until 1967 when I bought a house and had a place to store a canoe.  As soon as I moved in I bought a Grumman canoe and paddled that on class I and II rivers with various friends until 1975 when I pinned my Grumman on the Farmington River.  Several members of a paddling club happened on the scene and tried to unpin the canoe without success.  They told me about how they go on river trips almost every weekend and how some guy had written a guide book.  Wow!  A few weeks later I bought an Old Town Tripper and took a weekend canoe course from them.
I wanted to do bigger and better rivers so the next year I bought a kayak.  It had a pretty weak layup so I literally spent more time patching it than paddling it. In 1977 several of us rented molds and we made much stronger Kevlar kayaks.  We had some leftover material and a Hahn C-1 mold so I laid up a C-1 just for the fun of it.
I never paddled the Hahn during the next two years.  When I finally tried the Hahn I found that I liked it a lot better than a kayak.  I immediately switched to paddling a C-1 and sold the kayak.  In the mid eighties I ran into Nolan Whitesell at the Dead River in Maine.  He loaned me one of his canoes and I was amazed at how stable it was running the Dead at high water.  This was about the time that I started to get bored with the C-1.  In order to get more excitement I would have to paddle even harder rivers.  I reasoned that all that I had to do is paddle the same old rivers in an OC-1 and I would have all the excitement that I wanted.
Back in those days it was a rarity for open canoes to paddle with kayaks on class IV and V rivers (at least in the northeast).  I figured that I as long as I didn’t hold up the group by swimming or requiring them to unpin my canoe they wouldn’t object to my paddling an OC-1.  The only static that I got was that my canoe took up too much room on their cars. 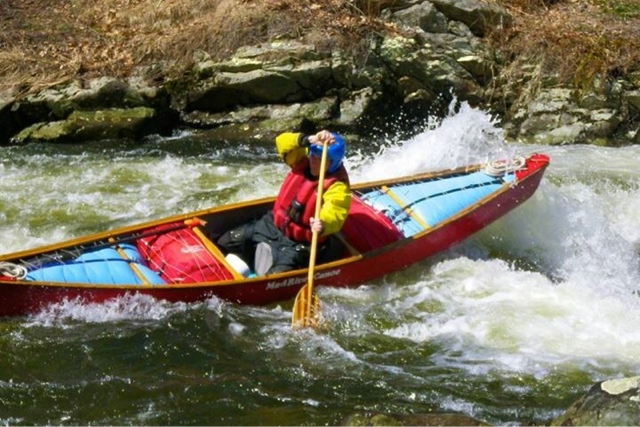 DBP: You got into the sport late in life, which is an inspiration in itself. Prior to becoming a whitewater paddler, which is an adrenaline sport, were you adventurous? What did your peers think when you went full on?
JM: I never did any other adrenalin sport.  I did belong to my high school swim team so I felt comfortable in water.  I started running rivers because I wouldn’t have to fight head winds on lakes.  Running rivers just became more and more fun.
DBP: Our crew of Dirt Bag Paddlers got a chance to meet you over the Upper Yough release week last September, and I personally had the pleasure of being regaled with stories from the first days. How hairy would it get with the locals at the put-in outside Friendsville, MD?
JM: I never had to mix it up with the locals.  On my first time down the Yough we put in right below Swallow Falls and ran both the Top and Upper Yough.  The other times we would tie the boats on top of a van with slip knots then drive the van to the field just before the field where we put in now.  We would grab our boats, jump the fence, and race across the field as fast as we could while the van pulled away. 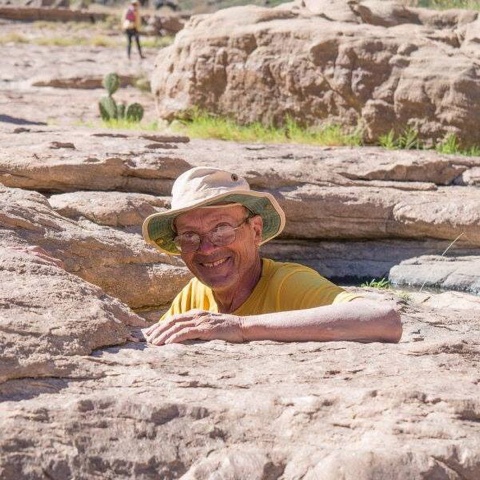 DBP: You’ve had the privilege to run the Grand Canyon of the Colorado so many times! What is your current count, and what are your goals? Which year stands out, looking back?
JM: I’m one very lucky guy.  So far I’ve done 33 non-commercial Grand Canyon trips and I have one scheduled for next year.  I calculated that on my 35th trip I will have spent two years of my life paddling the Grand.  That used to be my goal but since I only need one more trip my new goal is to keep on going as long as I can.
The trip that stands out the most has to be my first trip during July of 1983.  The river was running 55,000 cfs when I ended up in the hole at Crystal. From the bottom of the hole to the top was 27 Ft. high and I spent 12 seconds doing end-over-end flips before washing out (seemed much longer).  It was caught on Super-8 movie film. 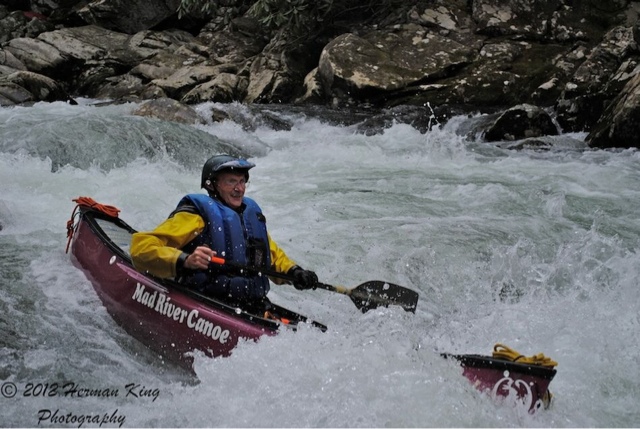 DBP: What is your favorite boat now, after all these many seasons?
JM: My favorite canoe now is the Mad River Outrage.  Since Royalex is no longer available I’m trying not to abuse my Outrages too much.  I used to go through one ever 13 months. 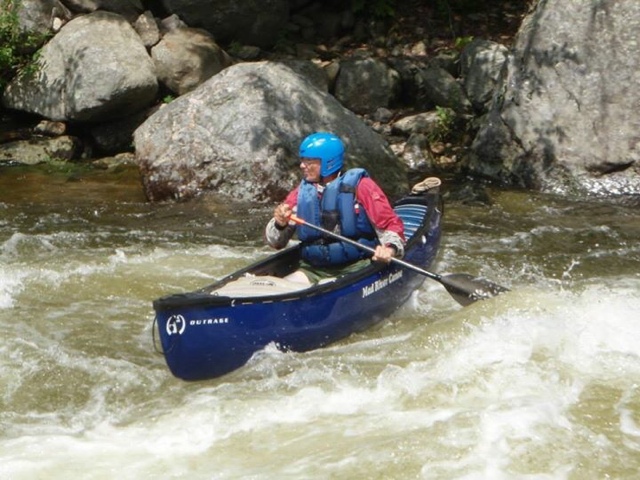 DBP: I know the answer to which river is your favorite (the Colorado), but which stretch of whitewater would you consider the most challenging?
JM: It’s a tossup between the Taureau section of the Jacques Cartier (Québec) and Linville Gorge.  When I ran Linville I was at the top of my game so I really had a blast running it.  I consider it the most fun that I ever had on a river. 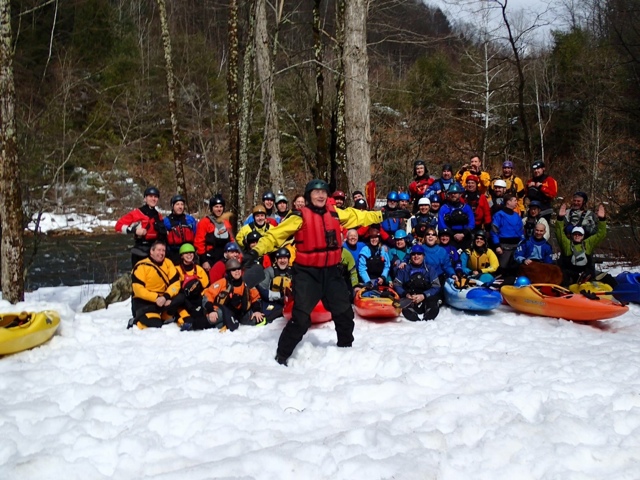 DBP: Describe in one phrase Jim Michaud.
JM: Just another guy that loves paddling and never wants to stop.  People are running stuff now in canoes that I would never dream of running.
DBP: Thanks again for your time, Jim. Any last words of wisdom for us dirtbags hanging on every word?
JM: If you roll, your problems have just ended.
If you swim, your problems have just started.