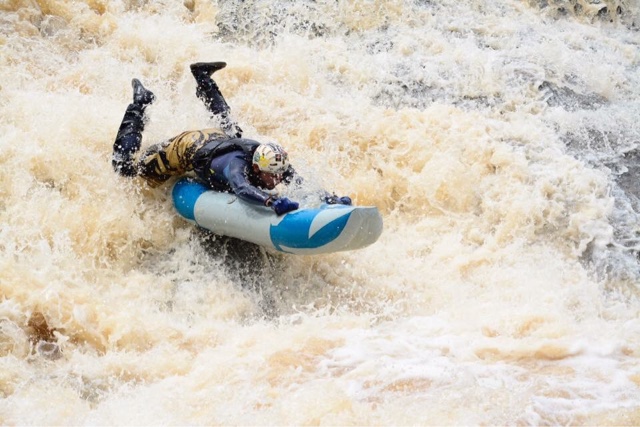 We close the month with some photos from a few of the Dirt Bag Paddlers Admins. We are 125 strong from 30 countries around the globe, drawn from every discipline of paddling.
February saw us either getting wet (in the warmer climes) or dreaming about it (for those of us locked in the colder regions). Enjoy! 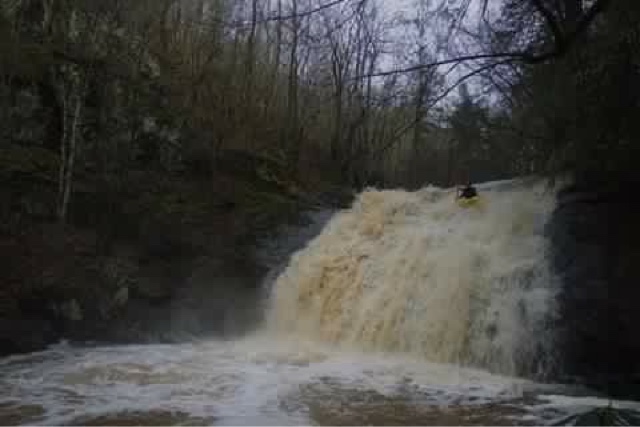 The water was flowing in the SE! Daniel Young was sending Brush Creek. Photo: Aaron Erdrich. 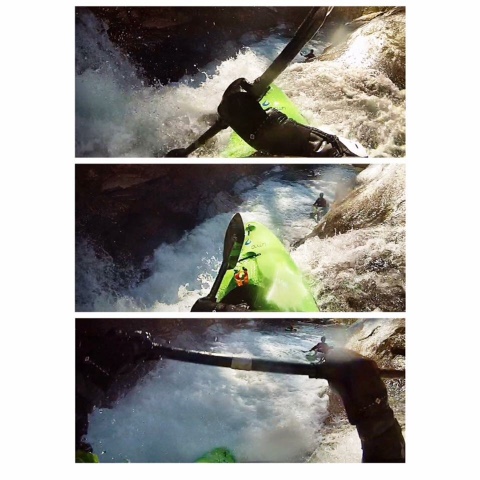 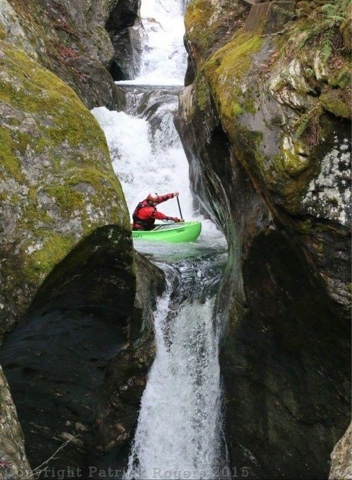 Meanwhile, Ben Trister, winter micro-creeking in the Northeast, was dreaming of Texas Falls in warmer days… 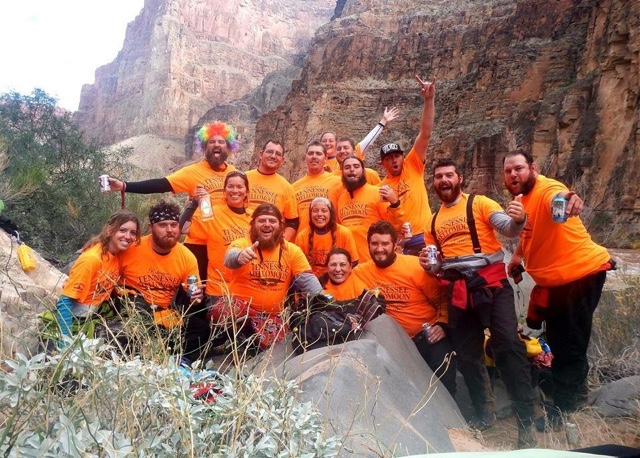 Rev. Ewok Carswell and his dirtbags celebrating at their “Live at Lava” Party in the big ditch. This is a great time of year for river guides to run the Colorado River during their off-season. 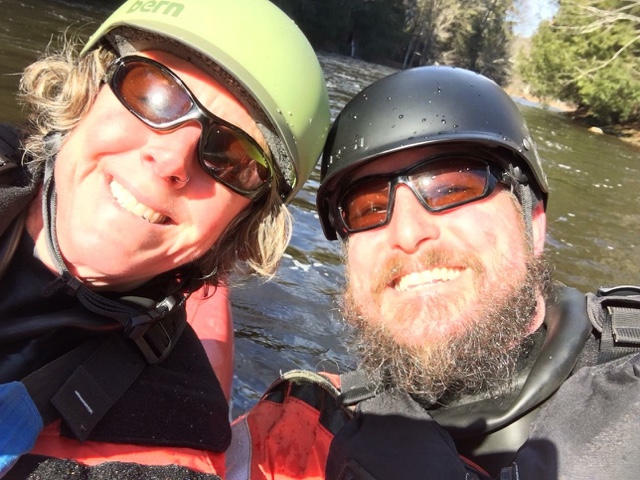 An unusually mild stretch turned Maine into one of the regions where dirtbags were paddling instead of the usual dreaming. Beth and Scott MacKenney got out and fired up the 2016 season a bit early! 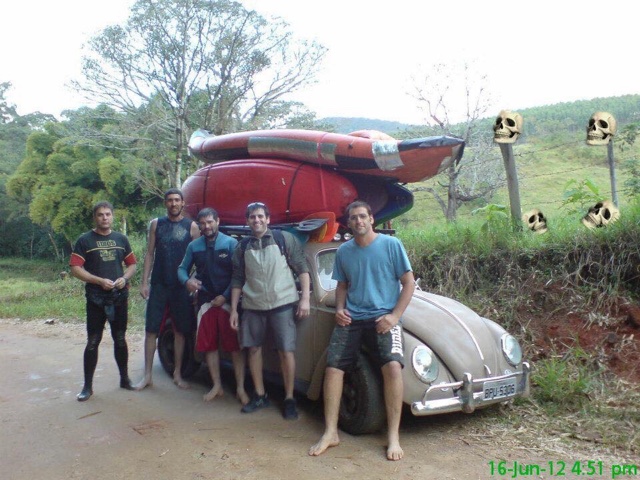 It’s summer in Brasil, where Troy LaFayette has been getting some serious action in! He ran shuttle for the local kayak crew “Kayusca” on the Rio Soccoro. 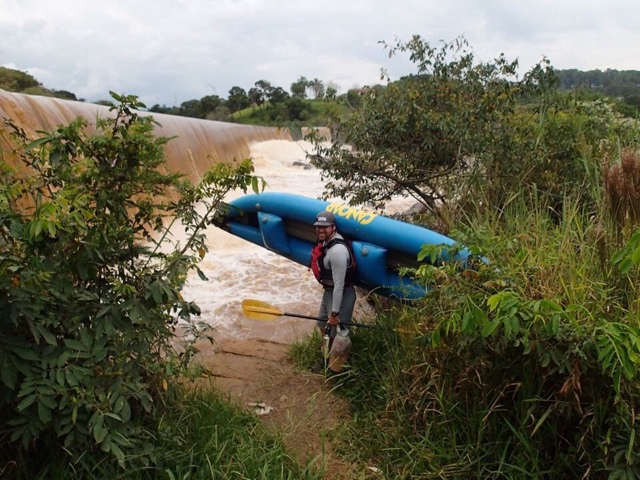 Putting on the Verde River in Varginha MG, Brasil. Picture of Troy taken by Ronipeterson. 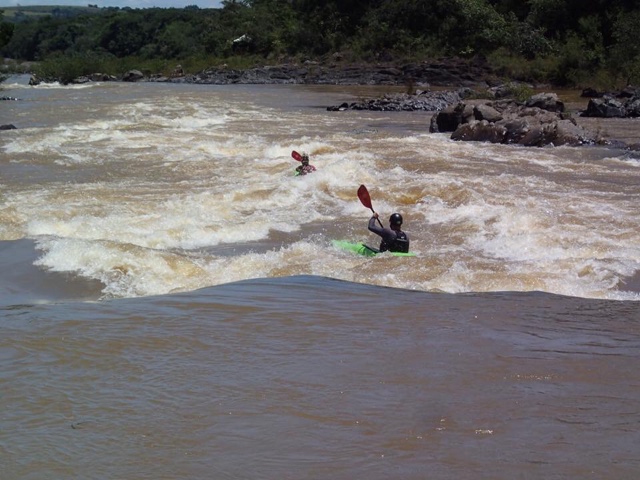 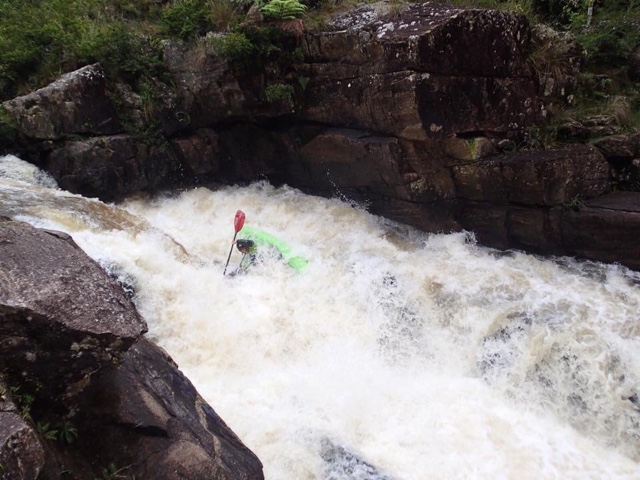 And lastly, Oscar Junior dropping some rapid in the state park section of the River PARAIBUNA  that everyone else walked. Taken by Troy in Sao Luiz Piratinga, Brasil. Troy also took the first photo in this article of a random local dirtbag. 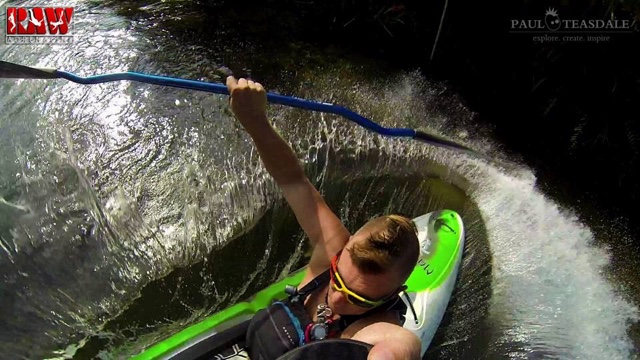 Paul Teasdale of Zimbabwe was romping around New Zealand with Maine kayaker/riverboarder Mike McVey, who scored him this boat for a rip on the Kaituna River. 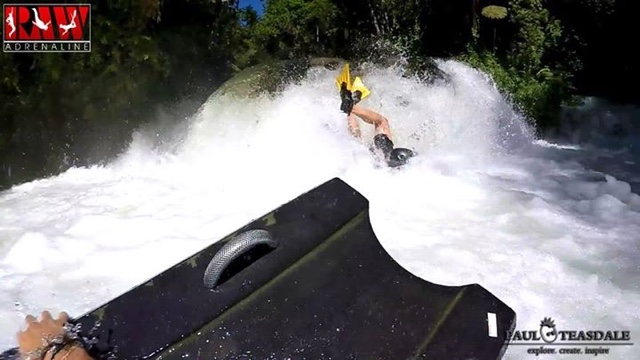 Mike and Paul also got some serious riverboarding in. 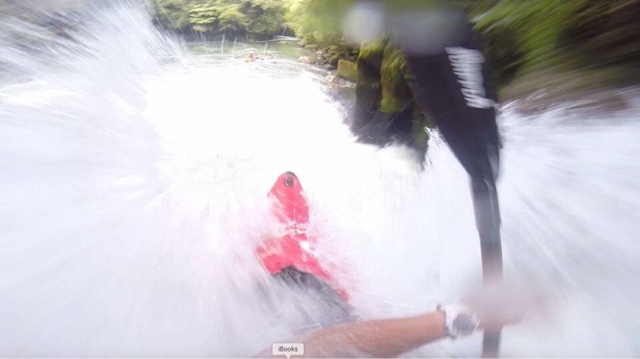 Ollie El-Gamel was also on the Kaituna, laying a big boof off Tutea Falls in a Prijon Hurricane. Summertime! 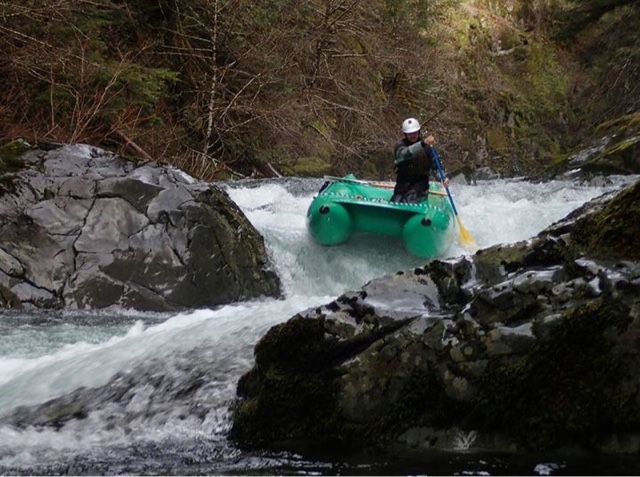 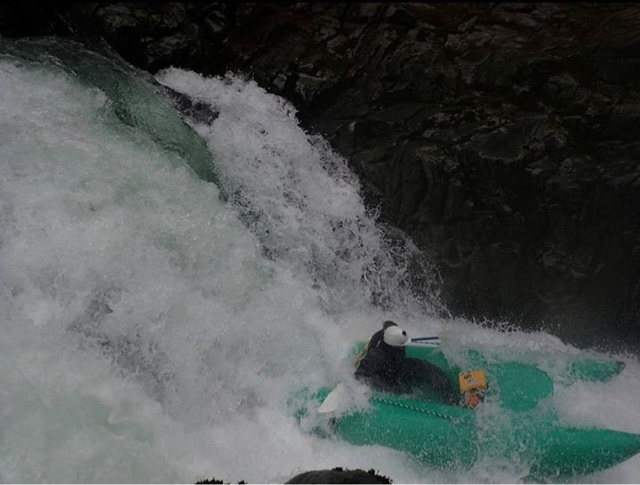 Jason Flannery was reaping the rewards of an epic wet season in the PNW. Leif Kirchoff captured him S-1ing Opal Creek. 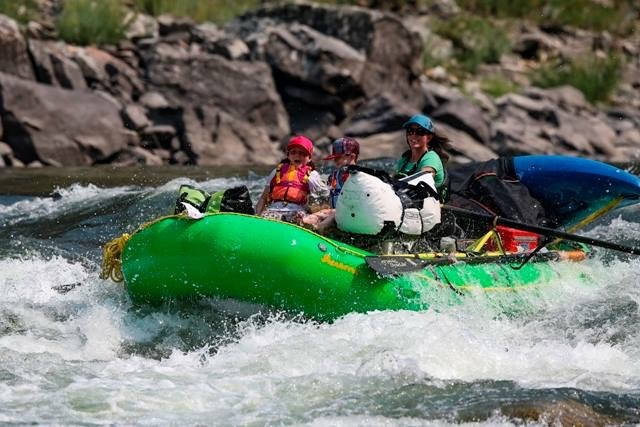 In Idaho it’s been more powder than whitewater. Renee Zettle sent out this shot from Eric Evans Photography of warmer times on the Main Salmon River. “I love the water dripping off the little dirtbag’s hat!” 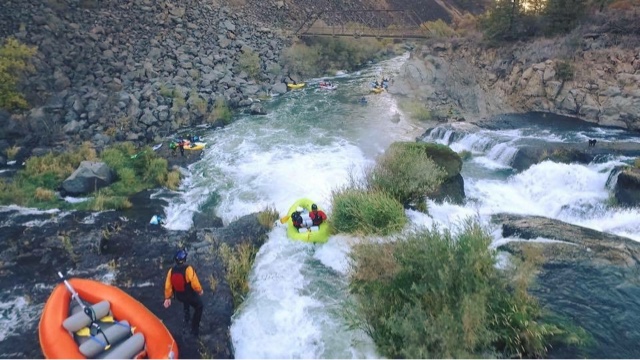 Jesse Delamotte was dreaming of last fall’s Pit River Falls mission in CA when he read the article on Sky Snap. They captured this shot of him sending the thirty footer in a Maravia Spyder.

Kelly Gladen captured this shot on Elkhorn Creek during the Not-NPFF Race a few days back. She paddled with Editors “Chicago” Mike Toughill and Wes Breitenbach, and friends Michelle and Tommy, on a gorgeous sunny Kentucky day. Not only is the article on NPFF coming next month, the March cover photo was snapped on the trip. Tune in to see the shot!
DBP MAGAZINE ONLINE’s VISION:
“We exist to share stories of paddlers of all disciplines from all over the world; to interview icons and playmakers in the paddling community and whitewater industry; to preserve the stories of our collective history; to raise awareness of and to protect our rivers and resources; to promote whitewater festivals and events; to report on competitions and competitors in the race community; to give a home to the artistic side of paddling in poetry, artwork, music, and humor; to be inclusive not exclusive, to preach unity and support, safety and camaraderie; to break down the barriers that separate society; to have a global outlook with a local feel; and to celebrate the Dirtbag Lifestyle!”
So get out there, be awesome, and make this world a better place!!
OUR MISSION STATEMENT:
All Forward Thinking.
That’s what it’s all about! Expanding our sport’s horizons is something we are actively doing… Reminding each other that our community is the same no matter where the River is, the color of skin or language spoken. On The River it’s all one language, the language of Flow.