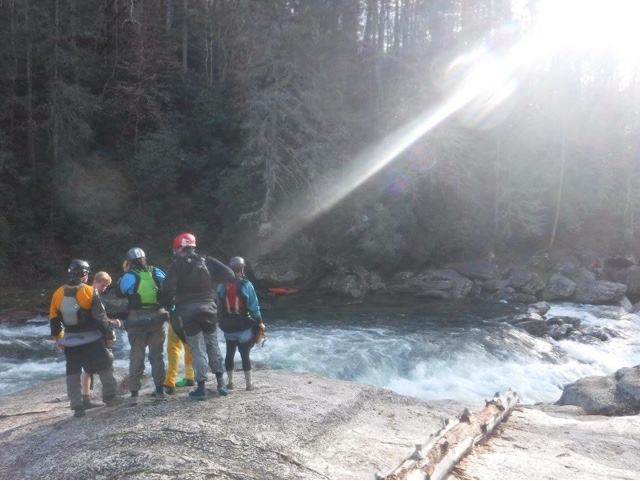 After a run on the North Fork of the French Broad River, I sat down with Dirt Bag Paddlers Admin Aaron Erdrich. With guide season just around the corner, we discussed who got us into boating and how discouraging new boaters makes it difficult for others to join the sport.
Me: Who first encouraged you to join the world of whitewater?
Aaron: I was driving around one day and ran into my old friend Spencer at a gas station. He was buying some beer and going to a river to do some whitewater kayaking and he invited me to come along. I liked other extreme sports so I decided to give it a shot. We went out to some class II rapids and he gave me a quick tutorial on the river bank …and we were off! I made it down about 20 feet or 30 feet on the first rapid and flipped. I went to reach for the pull cord on the skirt, only to realized that I had tucked the “oh shit” cord on the skirt inside the cockpit. I panicked for a second, then rolled around and wormed my way out of the boat. My very first Wallace! 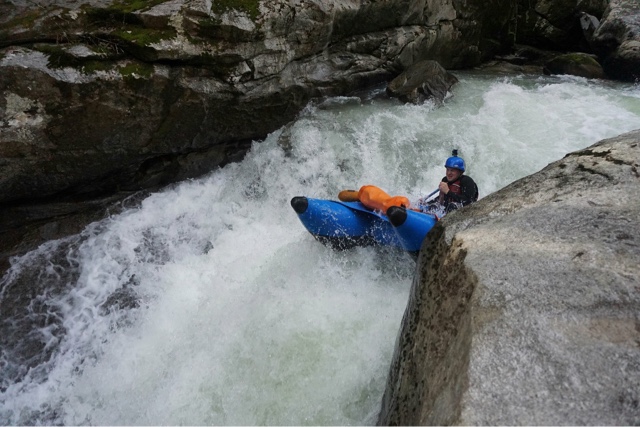 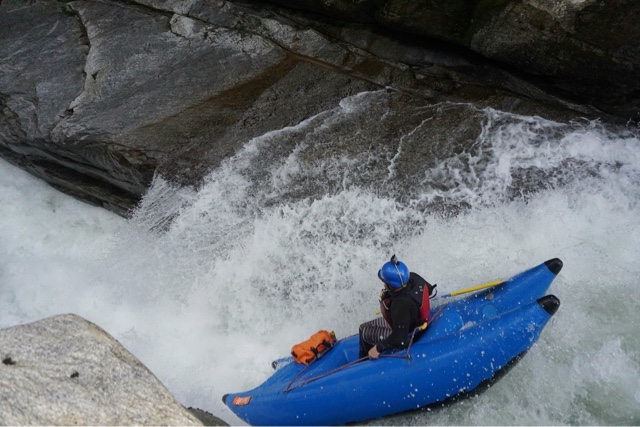 Me: What is an example of a time you saw a division between experienced and new boaters?
AE: One spring I went to Colorado to work. At this raft company there was a defined division between the senior guides and the rookies; they didn’t want to have any association with a rookie guide that wasn’t at their skill level. This was completely different than my experience in California, where the senior guides would take a struggling rookie in their boat and show them the ropes. At one point, I was hanging out with some senior guides who were talking about how they “don’t learn the rookies’ names till their second year.” I quickly became friends with the rookies, boating with them on off days and letting them borrow my gear. After commercial trips, I would give them a good trip talk and feedback. Now they’re solid boaters and part of my crew.
Working in that environment changed me for the better. I try to take time to work with new boaters. A cool thing about rafting is you get to be in the same boat as the other person and you can critique and teach them at the same time. 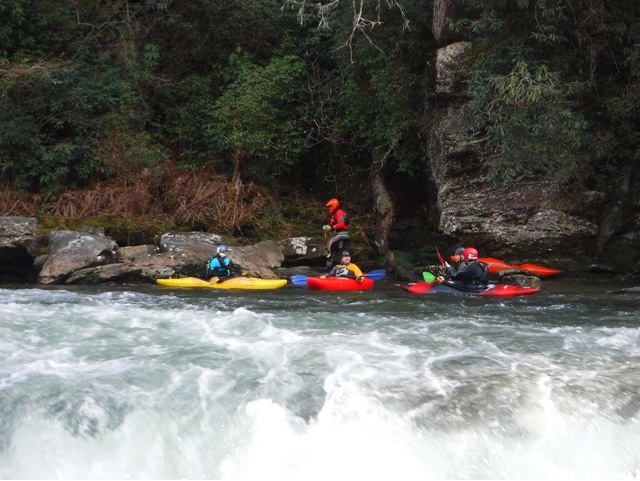 For me, my first introduction to whitewater was with my friend Jack. I had recently watched the Lego Movie and as I paddled into my first class I rapid on that chilly December afternoon, I was frantically trying to convince myself that “Everything is awesoooommmeee” …when it was anything but. Terrified, I flipped on just about every eddy line I crossed and swam three times before I even got to the first class II rapid on the scenic French Broad. We called it a day and hiked my terrified ass up the train tracks back to where his green Subaru was parked at the put-in, stopping once to let a train heading towards Asheville rumble past.
Jack came with me to roll session a few times that winter and when March rolled around I was ready to try again. It has about a year since I first sat in a boat and Wallaced (not paddled) down a river, and since then I’ve decided that maybe kayaking isn’t so terrifying. I have made it a huge part of my life. Most recently, Jack showed me down my first class IV creek, my biggest accomplishment to date. 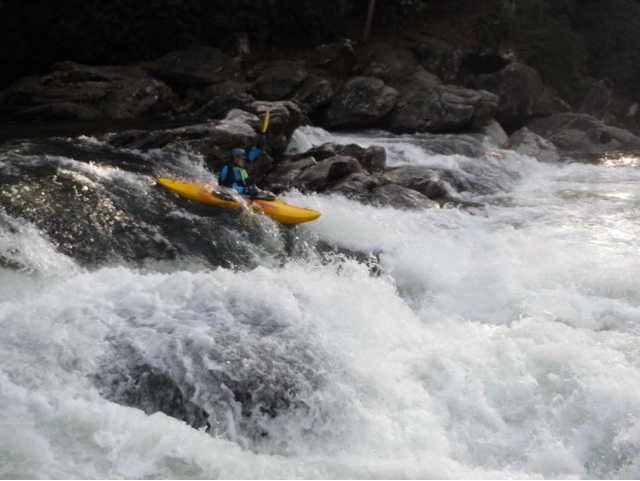 ​This scenario could have played out completely differently. I was lucky enough to fall into a niche within the boating community where people were encouraging and eager to teach. Not all new paddlers are welcomed into the community like I was. With summer and guide schools just around the corner, let’s remember that “beaters are friends, not fools.”
The river offers a sense of fulfillment, a closeness to nature, the thrill of adrenaline, and good times with good friends. Remember that friend who helped you along the way, and with that in mind, let’s show the next round of boaters what it means to go to church. ​
AE and Friends- DBP CHRISTMAS SPECIAL
About the author: A lover of puns, chocolate, and children’s movies. Self-proclaimed avocado aficionado. Raft guide and kayaker. “I do as I please. Mostly, it pleases me to go kayaking.”