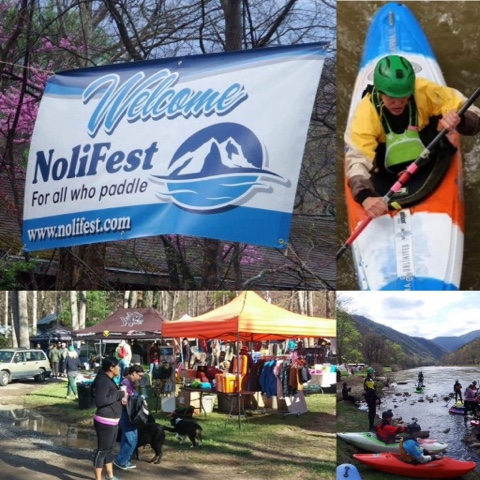 USA Raft kicked off the warm weather Nolichucky River season with a bang! Manager Les Lollar has been very gracious to the local paddling community and has always provided excellent service to anyone paddling the river from Poplar, NC to his property in Erwin, TN. www.usaraft.com This year he outdid himself by hosting the 2nd Annual Nolifest, April 1-3. Everything that an individual could think of was covered in this family friendly get-together. People were spotted from all across the Southeast: the Carolinas, Georgia, Tennessee, Virginia, even my parents from Kentucky. Clubs were represented, with members from Appalachian Paddling Enthusiasts (APE), Georgia Canoe Association, and Foothills Paddling Club in attendance.
I arrived early in the morning to find Les himself, coffee in one hand, directing parking with the other. In breakneck time he had me parked and ready for the next vehicle. After a brief conversation with him I was off to mingle with the crowd just a few short steps away. 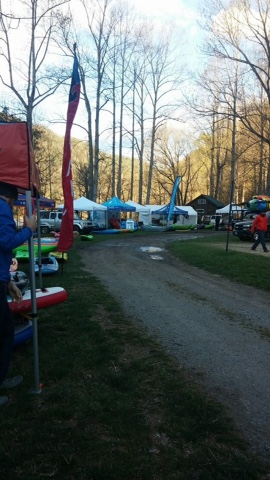 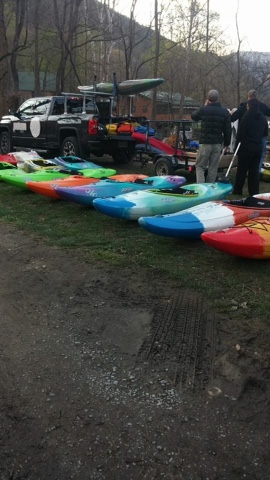 I made one fast lap around the inner circle to spot familiar faces. I found several that I knew and realized quickly that this event was going to be bigger than I expected. Les and his crew had brought a smorgasbord of events and paddling vendors to the table. There was something for everyone whether they paddle or not. 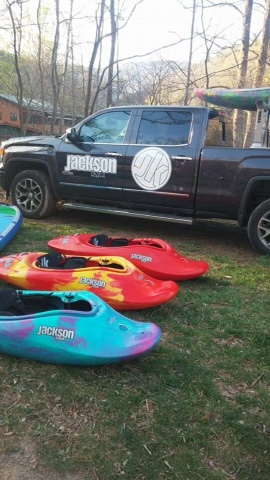 Wesley R Bradley was just setting up his Jackson Action Wagon so I jumped in to help. If you have ever been around Wesley you’d know this man is an event in himself. He spread out an array of brand new JK boats for free demo, and some cool free swag. There was already a line of interested participants by the time we got the boats on the ground. Check out Wesley’s Jackson Action Wagon blog. worldkayakblogs.com/wildwildwes/the-jaw/ 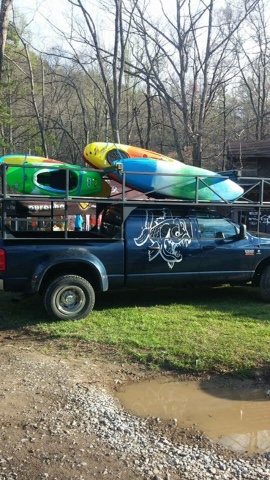 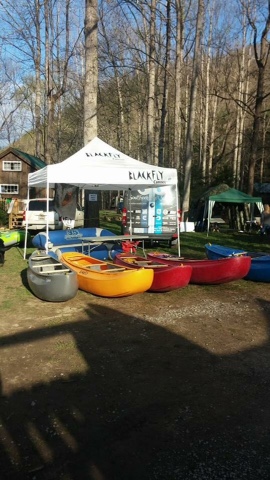 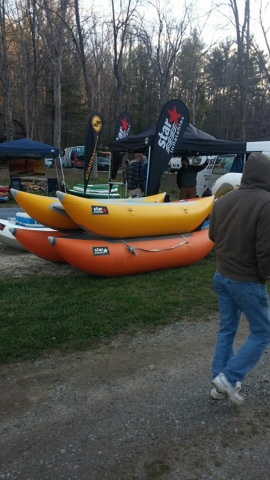 By this time the the whole event card was set for the day. The Eastman Kodak Environmentalists tent was set up, Eagle Vision had their Liquidlogic kayak fleet on the ground (including the new Mullet), and Pyranha had demos including the 9R. Star Inflatables had rafts and duckies in play for the rubber pushers, and there were free SUP demos and rock climbing. Some lovely ladies were demonstrating SUP yoga, and the restaurant on the grounds was slapping out grub fast. 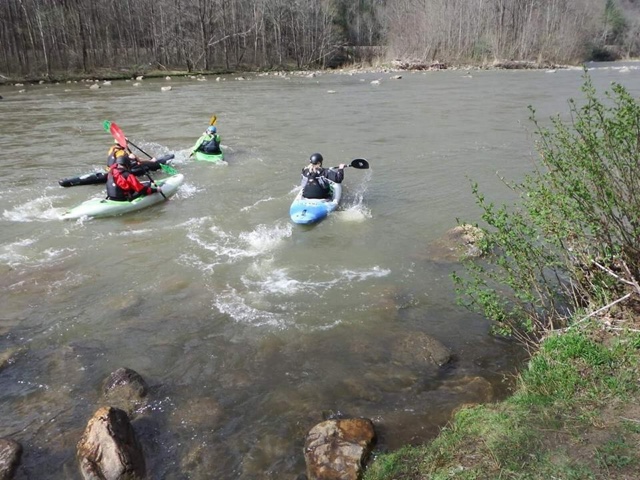 Wesley R Bradley pulled off the first paddling event of the day by hosting The Hometown Throwdown with World Kayak Initiative. This was a race with no rules and all classes of kayak. The lovely Miss Jewell Weatherford was chosen as the official starter girl and did an excellent job. I have reports by trusted sources that there was a little friendly “rubbing is racing” type action by Jeff Vannoy, Ryan Horn, and Mr. Wesley R Bradley himself. No wonder he stressed the no rules clause. In the end Ryan Horn took the longboat victory.
Next up was the call of the wild as kayaks were loaded for some Pat Keller Downriver Play Session. Many of my friends were stoked for this course. I’m sure Pat got his money’s worth and learned several new moves from Jeff Vannoy, Ryan Horn, Jerry Stevenson, and Wesley R Bradley. 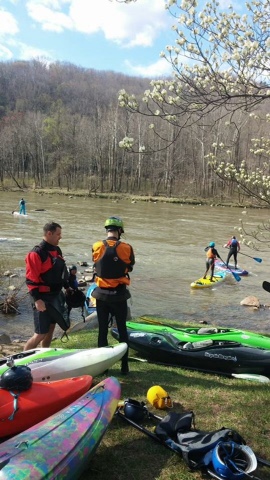 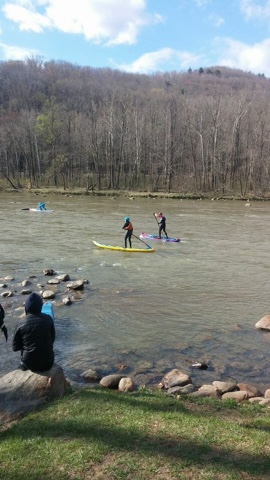 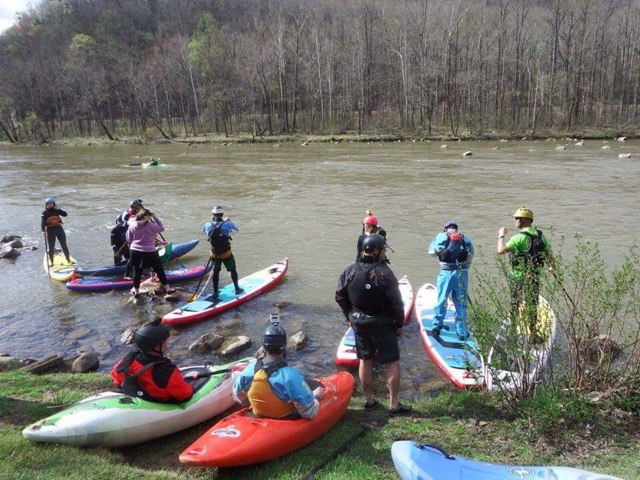 A lower Noli trip was set for 1pm, with shuttles provided by USA Raft as needed. There were small to large groups within groups floating the river all day long. I ran a special-to-me lap with a group of four: James Potter, Curt Wilhoit, Shyanne Wilhoit, and I. Shyanne was running the lower for her first time in a skirted kayak. I couldn’t miss this opportunity. Good run, one swim. (No it wasn’t Shyanne).
After that it was back to the event grounds to mingle and enjoy some live entertainment. A bonfire had been burning all day in the pit, creating a conversation place for all. A live band entertained on the back porch facing the river and bonfire. A one wheel was passed from person to person. That thing made more laps than Dale JR! Last but not least, Les threw in a fire dancer to top the night. 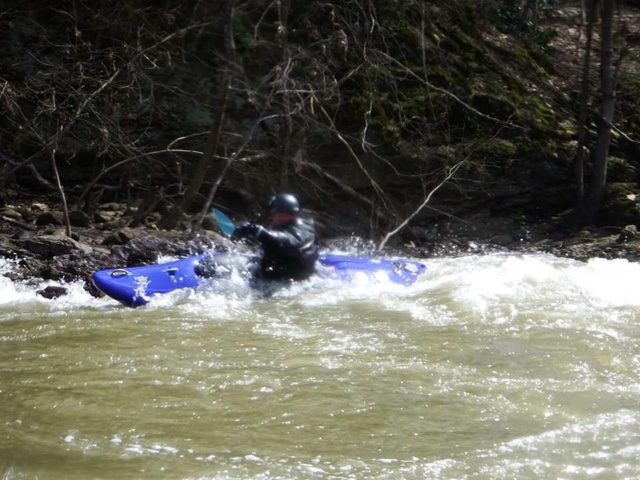 The Author getting his groove on.

I had such a fun day that I didn’t want to leave. I had to say goodbye so I could work the Tallulah release on sunday. David Bazemore had flashed the bat signal for help and I answered the call.
APE JAM SESSION WITH PAT KELLER.
I left Nolifest and made the southern trek to Georgia to help accept and file boater release forms. That’s another story, but it’s great to give back to the paddling community. You might think it would suck to work with all that water flowing so close by, but I came away with a different perspective. I got to see and associate with many new to me paddlers, and I got to see the excitement in their eyes and smiles on their faces. One that I remember is the wonderful up and coming Katie Jackson from Birmingham, Alabama, such a delightful person.
Here’s the real Tallulah story. One participant handed me his release form, and I read The Information to see if all was in order. “Am I reading this right? Are you the famous Dirt Bag Paddler Mr. Aaron Erdrich?” He laughed, shook my hand and replied, “yep, but I’m not famous.” I personally questioned his assessment, and I’m curious as to how many likes he got after his Lord Of The Fork Wallace. Anyway, I did the right thing and blamed my mistake on DBP Admin Mike Joseph to see if I could get some more laughs. Aaron was a great sport and a genuinely cool guy. I think there might be a video somewhere and he’s waiting for the right time to make me famous.
If you get a chance to paddle either of these events I promise an epic day. Be safe, paddle hard, have fun, and if you Wallace, post it. See Ya Dirtbags! 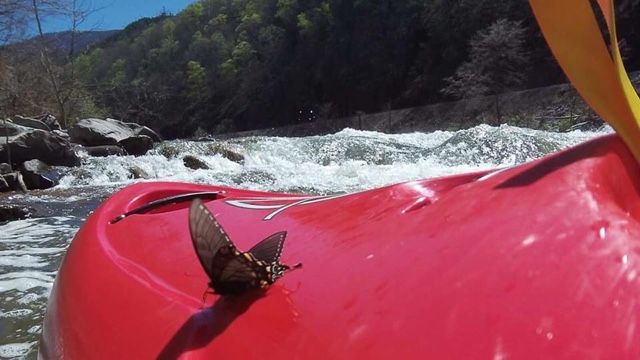 Rob Carpanelli picked up a friend at Nolifest. 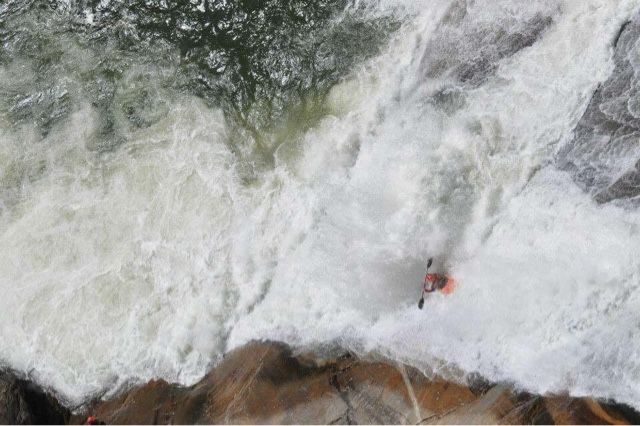 Katie Jackson sending it at Tallulah. 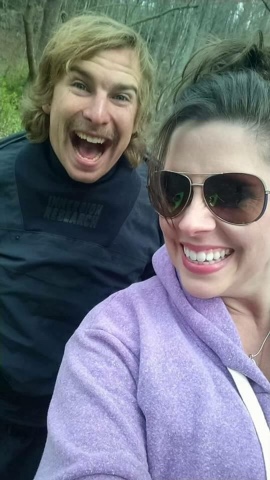 Erin Bradley Weatherford with some beater named Pat Keller. Anybody know This Guy? 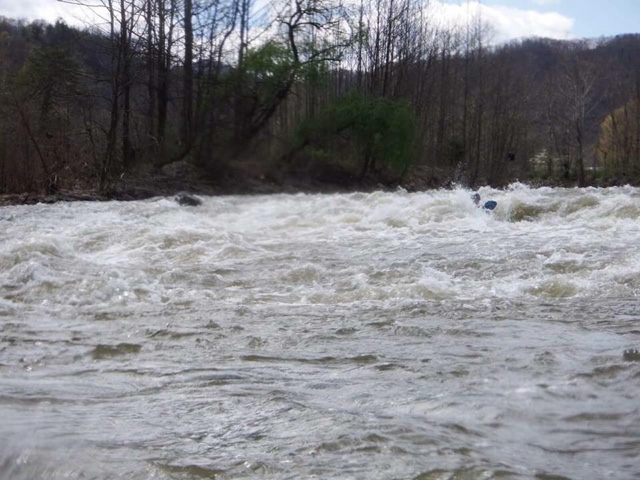 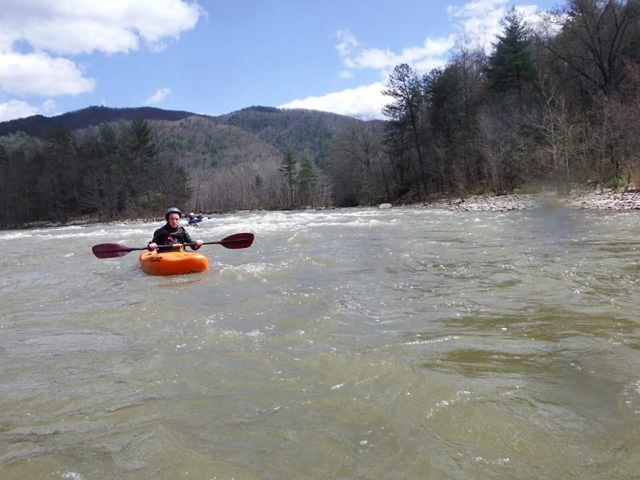 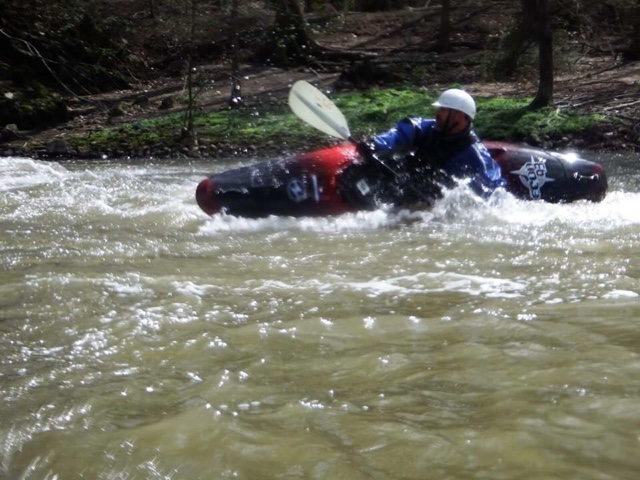 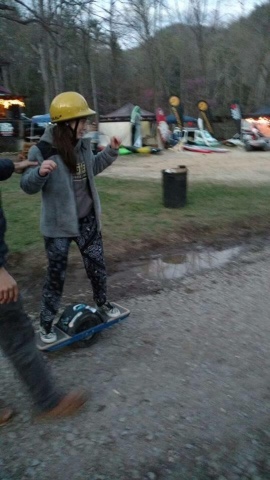 Shyanne Wilhoit on the one wheel. 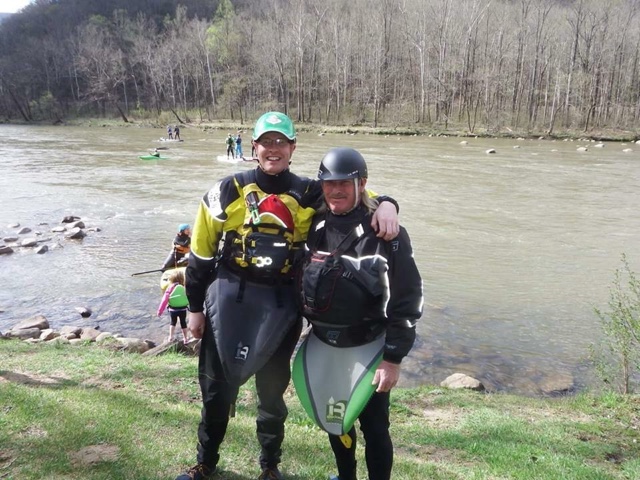 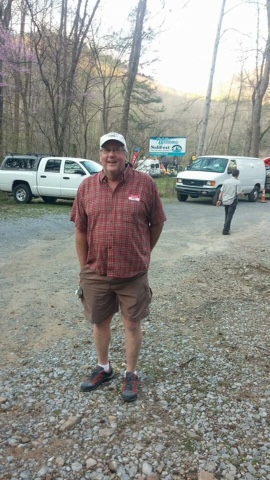 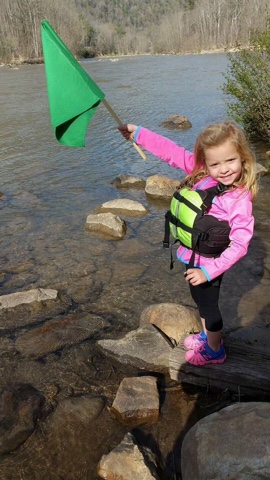