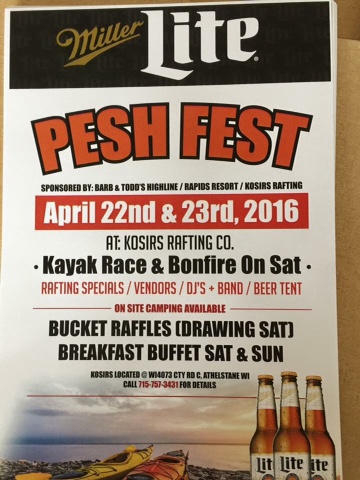 Pulling up to the back alley garage with the sun gleaming off the bright white, freshly plowed heaps of snow, a man with a large fur hat on is waiting. I  step out of my truck. “Hi! You must be Greg!? How are you today?” I say with as much enthusiasm as I can scrounge up as the below zero air bites my face. It’s mid-January here in Wisconsin and I am working my “real job” as a sectional door and access systems technician. Sometimes customers like to stick around and keep me company while I work, at other times they aren’t even home. Greg stayed to keep me company. I often enjoy when customers stick around, it makes the time go fast.  I’ve met some pretty interesting people installing and servicing doors.  So I began to ask him questions about his life, where he is from, what his profession is, what his interests are.  In turn, he asked me the same and of course I replied, “I really like to whitewater kayak.” 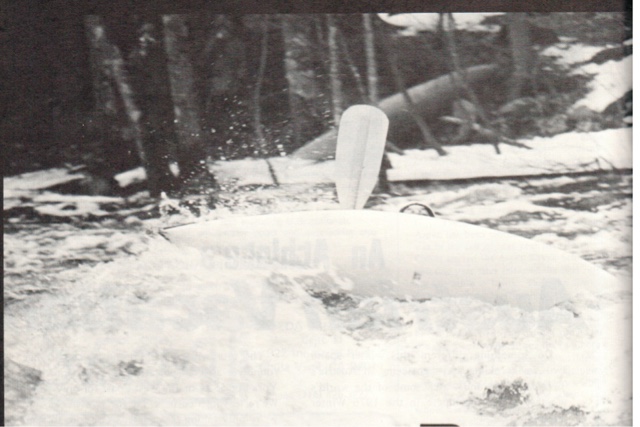 Greg immediately became interested, asking what rivers I run. So I replied, “The Peshtigo, Wolf, Menominee, and pretty much any other river with whitewater on it.”  Greg lit up, telling me he used to write for Down River and River World magazines in the 70s when he was just starting out as a journalist. He went on to share that he had done some articles on the Peshtigo and Wolf rivers and still had the original magazines. He had my attention to say the least. I exclaimed how I would love to read them! Greg seemed really excited and told me he would bring some copies to our shop for me. I couldn’t wait!
A few days later, after returning from another day in the frozen tundra, my father (who is also my boss) walked out from the office with a folder in his hand with my name on it. He brought it over to me as I was stocking my truck.  “A man named Greg that you installed brought these in for you today.” As I opened the folder I couldn’t believe my eyes. 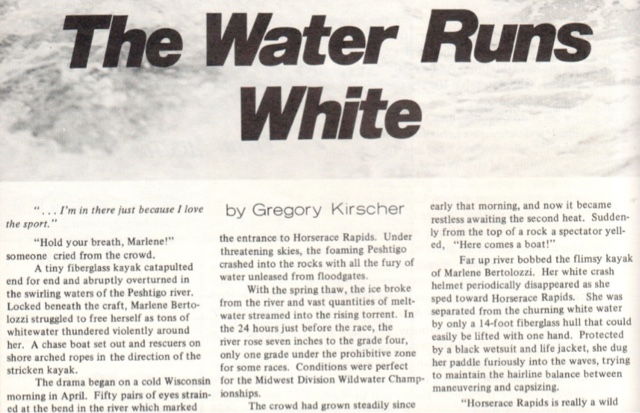 Greg had given me the original magazines he had saved since the 70s, all in perfect condition. I would have been happy with some photocopies. Needless to say I was overjoyed. I nostalgically gazed at the old fiberglass boat building kit ads from “Boat Technology” in Pittsburgh PA; neoprene spray skirt kits, life vest kits, and paddle jacket kits from “Wildwater Design Kits” in Penllyn PA;  and of course, in a 1979 edition of River World, an ad for the Perception Quest (which was before the Mirage and Dancer). The magazines are filled with stories of flat water, whitewater, rafts, kayaks, and canoes, from the Chattooga to the Salmon. 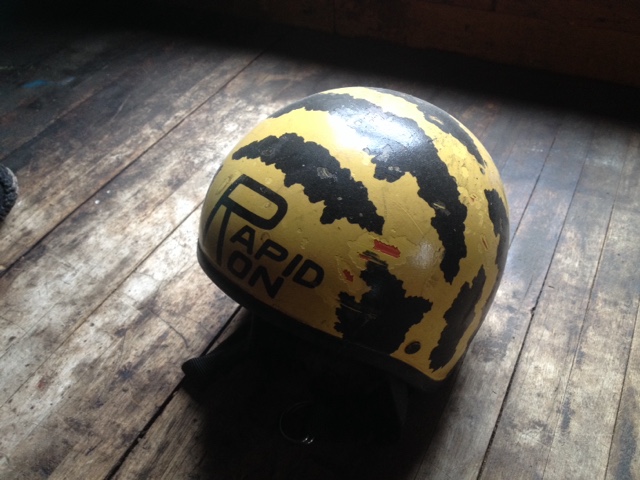 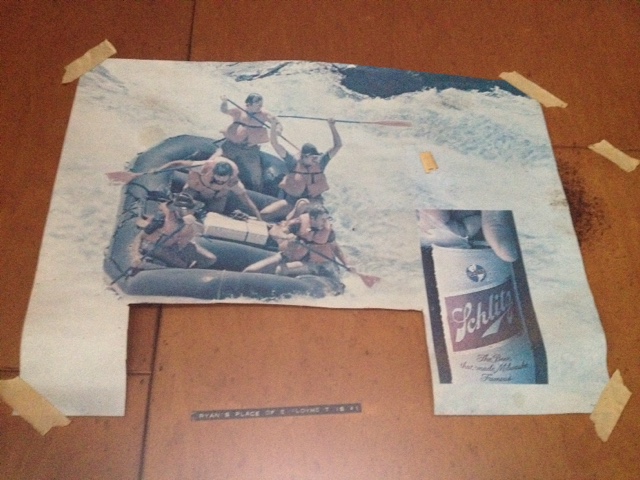 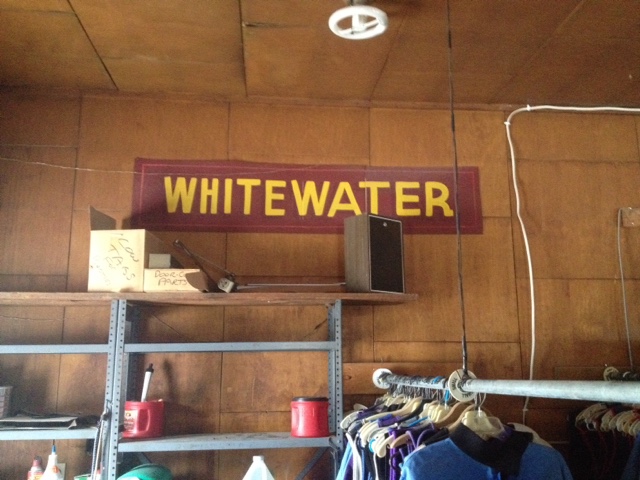 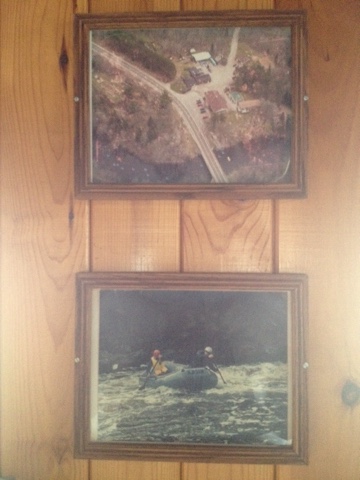 One article that I found to be very interesting is about the Peshtigo River. I guided on that river and I pretty much know everyone who is associated with the Peshtigo today.  Greg’s article was published in 1975, the same year that Kosir’s Rapid Rafts (the first commercial rafting company in the Northwoods) opened. It was written in a time when the class V creeks of the north and south shores of Lake Superior were first being explored. The Peshtigo was known around the nation as a world class run, good enough to be published in the same pages as the Chattooga, Salmon, and Grand Canyon. 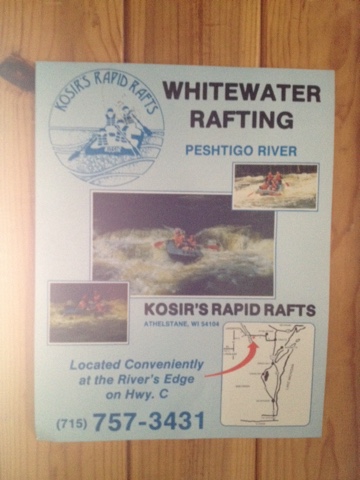 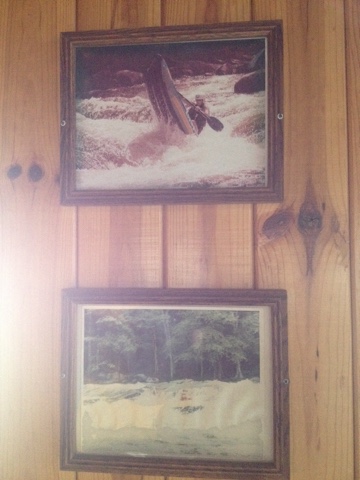 ​For myself (and I know I speak for many others as well), there is a special feeling I get when I am on the Peshtigo River. It’s a sort of nostalgic feeling, almost like standing in Lambeau Field, or visiting the farm that my family homesteaded in the 1850s. When I come around the bend of County C road and see the bridge with the vintage kayakers’ water level gauge still marked on it, with Rapids Resort Bar and Kosir’s in the background, I instantly get a feeling of excitement. The smells of the gear room, the ultra-safe guide cabin, pine trees, and cigars all send shivers down my spine as they dig deep into my memory bank back to some of my favorite times.  As I walk around, everywhere I look I see places where I had great times with amazing friends, as well as remnants from past generations of Northwoods boaters. The rafting office walls are filled with old school pictures of the people who developed the industry here, each with a story to tell.  As you walk up to the guide cabin, my good friend, pioneer of Northwoods boating, and legendary hair boater Rick Klade’s Dagger Freefall (that he made the first descent of Potawatomi Falls on the Black River in) still remains hung on the side of the cabin.  If you are lucky, and you spend enough time in Rapids Resort, maybe, just maybe you will have the pleasure to hear about days past on the Peshtigo from the originals, like Tony Guarniere, Ray Booth, Rick Klade, Chicago Mike, or J-Man. On the river, every wave, hole, and rock has a thousand stories. Every hit fills me up with my legal dose of negative ions for another week at work. It is my high, and I would rather die than be without it. 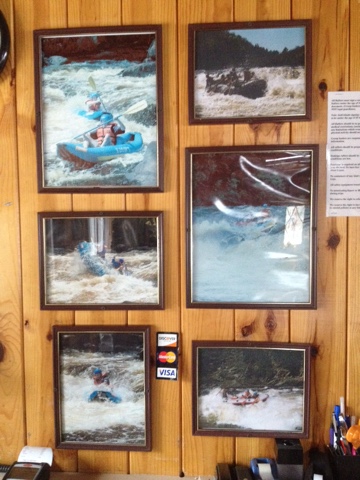 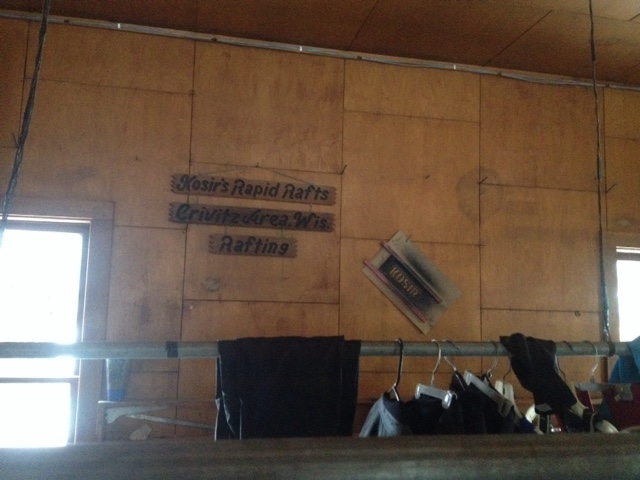 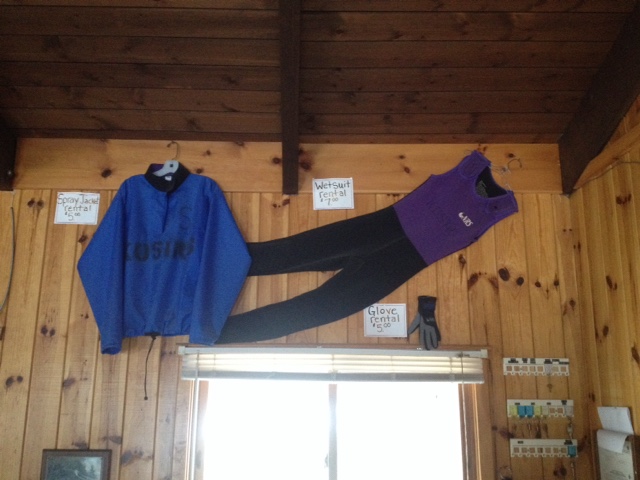 Hopefully that gives a slight idea to the unfamiliar reader just how precious the Peshtigo river is to us Northwoods boaters.  There may be more intense runs in the Midwest, but the Peshtigo is the core, and it runs deep in the veins of many boaters from hundreds of miles away. Enjoy, I will see ya’ll at Pesh Fest this weekend! 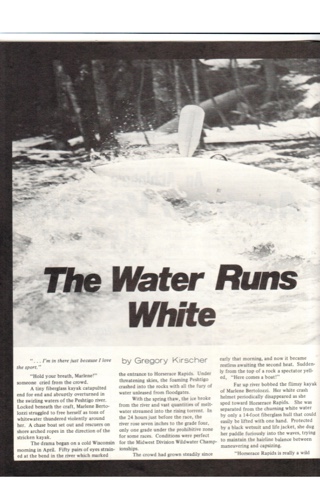 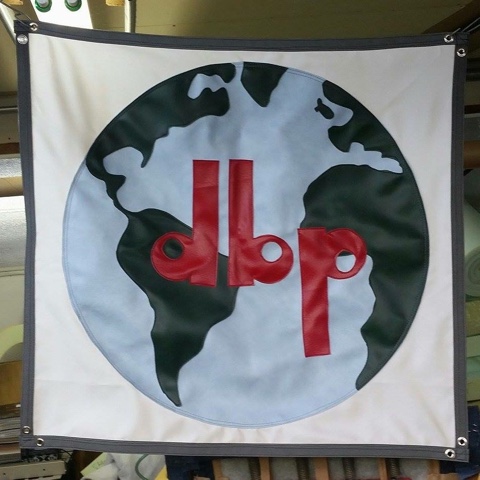