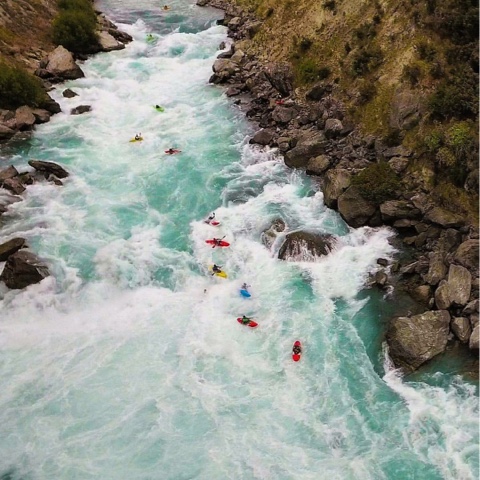 YUP, DIRT BAG PADDLERS!
First off, a huge thanks for having me over at The Mag! We love what you’ve been up to in the last years, keep it up!
Before diving straight into Flow Motion Aerials, let’s spend a few lines on Quebec Connection because that’s really where it all started. 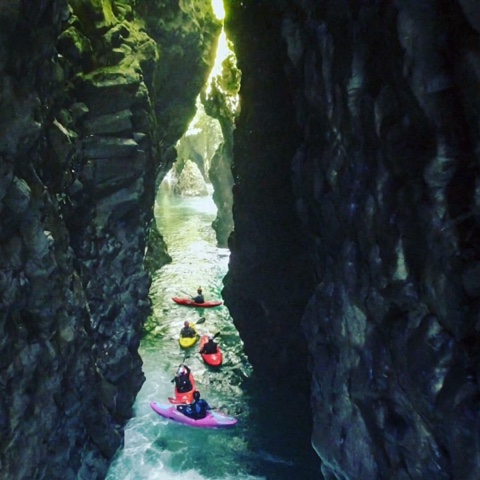 QUEBEC CONNECTION
Most of my cinematography experience and passion for filming comes straight from founding Quebec Connection with ol’ Emrick Blanchette. Having for a goal to promote Quebec’s whitewater and encourage people to get out there, Vieux Em and I spent a lot of time getting experience behind the lens and in front of the screen. Powered by Twixtor, Adobe Premiere Pro and an extensive amount of YouTube tutorials, we pushed through and started creating visually esthetic (sick) and highly entertaining (dope) content.
It’s not until Feb 2015 that I really got into aerial filming. The things that happen to you after an injury eh.. I savagely destroyed my right shoulder (dislocations, separations, name it!) halfway through my New Zealand Kaituna guiding season. After a bit of brain storming (a dozen freak-outs), I decided to buy myself a little toy drone and learn how to fly. It was definitely the most fun and challenging thing I could do while being all slinged-up! 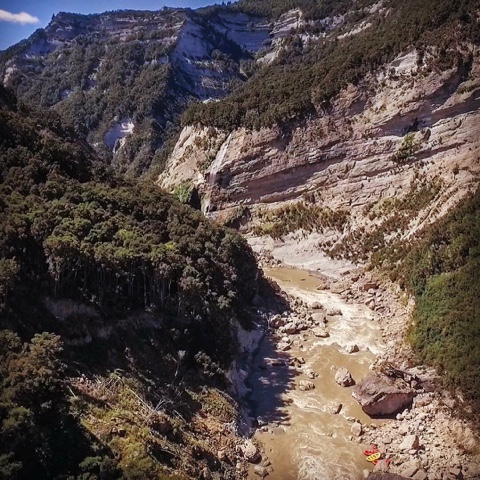 FLOW MOTION AERIALS
A bit more than a year and seven drones later, I’m traveling, kayaking, filming and connecting with people all around the globe. Although I’m stoked everything is working out perfectly for me, this whole aerial cinematography passion is so much bigger than my little person.
Adventure sports are, in my honest opinion, the most beautiful and inspiring occupations a human can get into. Moreover, documenting these moments with totally new and immersive perspectives takes the audience to a whole other level. One of the reasons why adventure sports are so inspiring and addictive is that we get this elating feeling of dissolving ourselves in this highly dynamic and exposed environment. Aerial cinematography couldn’t do better at highlighting athletes in their wild environment. 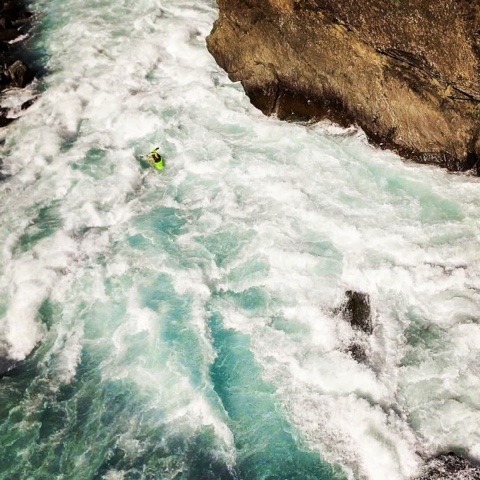 Another great feature that’s more unique to drones and stabilized cameras is doing long continuous shots. Those complex shots are in many ways the pinnacle of aerial cinematography. Everything in front AND behind the lens has to be impeccable for minutes in a row. I’m planning a “one continuous shot” shoot near Whistler, BC which will be involving cars, road bikers, climbers and kayakers, all within the same minute long shot! Needless to say, those shots demand a lot of planning and high levels of skills but once we “style it”, it’s just like steezing (styling with ease) off Spirit Falls, pure bliss. 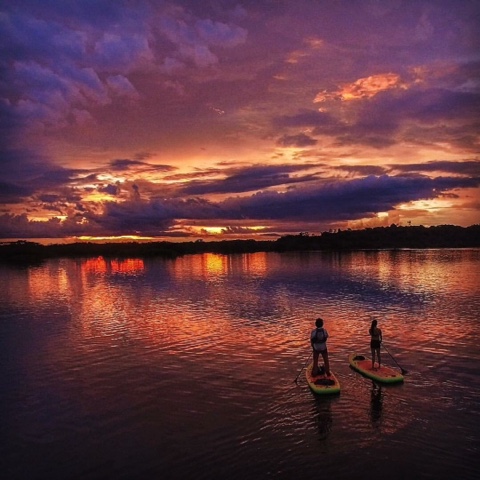 THE IMPORTANT PEOPLE
I could go on and on about my favorite shoots and projects, but I’d rather bring up the important people behind it all. We can be in the most spectacular places with the most expensive gear and still, without those creative minds, not much would happen.. These people are the motivating forces. They are the ones boiling up with original ideas and ready to do anything to see their visions come true.
Emrick Blanchette (CAN) for being so keen to gather all the footage from the boys and spend all-nighters editing. Em’s always surprising us with original edits that totally portray #livingthebestdayever on the water! Whether it’s filming a “boof to beer-chug” on the Valin, chilling on an iceberg drifting down the Saint-Lawrence or making a Christmas costumed party run GoPro edit, the guy knows how to keep it colorful out there!
Josh Neilson (NZ) for having such a strong media presence in the paddling scene. Traveling around the world, spending full days filming kayaking races in NZ or quickly rallying after a big rain event to catch the boys running some waterfalls, it’s always worth it with Josh!
Mike McKay (CAN) for his limitless creative genius. In an era that most people are trying to showcase the most extreme of moves or the most chill of lifestyles, not many adventure filmmakers have brought as much originality and art to the table than Mike. Go check out his captivating most recent projects: Chaos Theory.
WHAT’S NEXT
There’s so much on the go that it’s hard to know where we’re headed! Slowly but surely we are getting heavier and better gear to provide the best video quality and reliability possible. We have a couple projects on the go in Iceland and a few more in beautiful British-Columbia but one sure thing is that our sail is raised nice and high and we are ready to be taken where even adventure and challenge awaits. 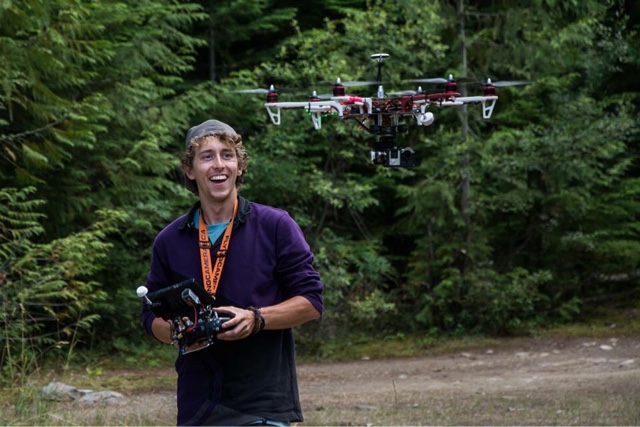 Photo: Francois Brassard
FOLLOW US
flowmotionaerials.com
facebook.com/flowmotionearials
instagram.com/flowmotionaerials
Don’t hesitate to drop us a line, let us know what you think or any original ideas you think could be pulled off by a strong drone team and let’s create some magic!
Cheers all and happy adventuring,
Rapha