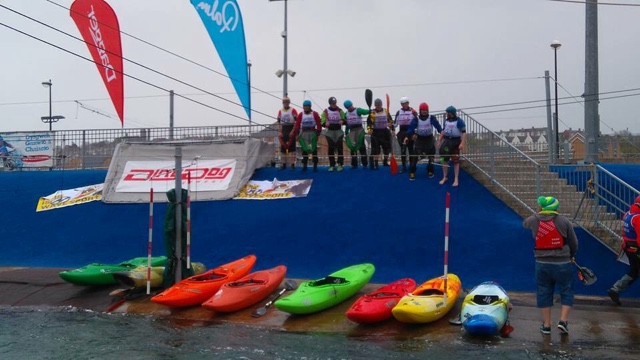 Two weekends ago (Saturday 30th April – Sunday 1st May) I attended the Welsh Open Freestyle + Boater X. The event took place at Cardiff International White Water.
My weekend started on Saturday morning getting the train to Cardiff. I spent all day training for the competition the next day. In the morning I worked on my freestyle moves. At my level all my attempted moves just resulted in face plants and continued like that all morning. Despite this I really enjoyed it and it’s always a good opportunity to perfect my roll even more. After my freestyle session I decided to train for the Boater X event in my favourite boat, the awesome Zet Raptor. I had a awesome afternoon training and messing around flat spinning and boofing blocks. Next time I might try to free wheel them. That was the end of the first day, the training day, tomorrow it would be competition time! 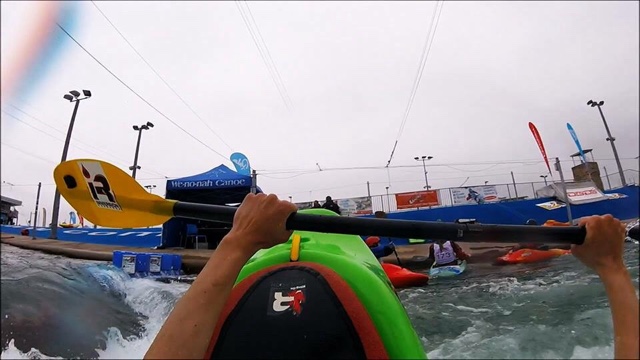 The next morning I arrived bright and early at the white water course. I helped set up the event with all the event sponsors and staff. The main guy Ronnie Rogan really appreciated this and later rewarded me with pizza and donuts!. Thanks Ronnie, you absolute legend!
The morning was spent training again. I really enjoyed trying out loads of demo boats including the 9R, Lettmann Granate, Wavesport Recon and the Zet Raptor. 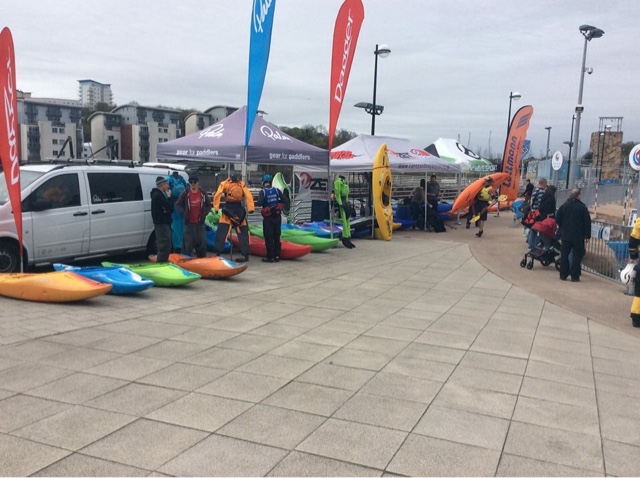 Now for competition time! First was the Stand Up Paddleboard race, a sprint across flat water, to cross the flow at the bottom of the last drop and sprint back across the flat. Apparently there were rules but no one really paid any attention to these, pushing each other in, surfing the wave, and crossing the flow at the same time. All of this resulted in all of us WALLACING. 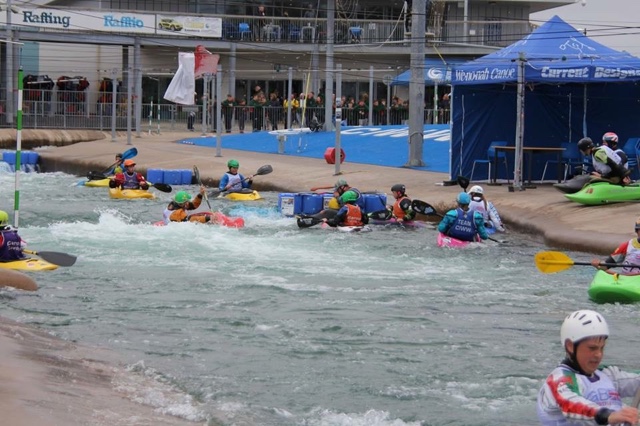 The next event was the Boater X race. This was the event I was most looking forward to; creek boating is my strong suit. My first race went a bit wrong. I got a bad seal launch off the start ramp and ended up sideways, with someone crashing into me at a 90 degree angle in true Boater X fashion. The race went from bad to worse; as I struggled  to control the 9R I ended up missing the finish eddy. The next race went better, when despite having a slow start I managed to catch up with the competitors and jump into 2nd place early on into the race. I managed to stick to good lines throughout the race and finished in 2nd. A good result, but I definitely learned points for improvement for future races.
After all the sensible races had finished we decided to have a race with everyone starting at the same time. This resulted in a lot of people WALLACING. This time we started at the top of the ramp with our boats at the bottom. We had to slide down the ramp, jump into our boats and race. Some of the paddlers decided to not bother with spraydecks, one even decided to not bother with a boat, swimming down the course. Being one of the sensible ones I put my spraydeck on and finished in a respectable 4th place. Next time just to have a laugh I might try the no spraydeck strategy. This event was by far the most fun and I look forward to more Boater X races in the future. 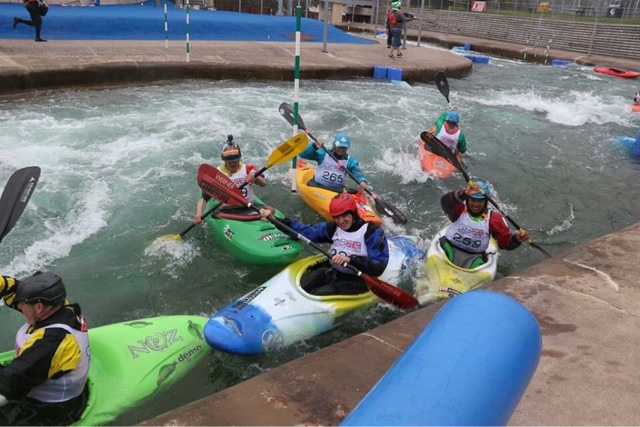 Onwards to the main event in which I hadn’t a clue what I was doing despite entering the category, which meant being judged to ICF standard. After all the attempted front loops and flat spins going wrong and some interesting accidental moves I came out with 0 points. Despite this I had great fun and my freestyle skills are very slowly improving.
At the end of our jam session we had a little king of wave competition where everyone had to paddle into the feature and see who could stay there the longest. This was great fun despite no one being left on the feature at the end.
Overall the weekend was great fun. I learned a lot and improved my confidence. It was the best weekend of my life! I would like to thanks everyone who made the event possible from the sponsors to the judges and the competitors along with everyone else! 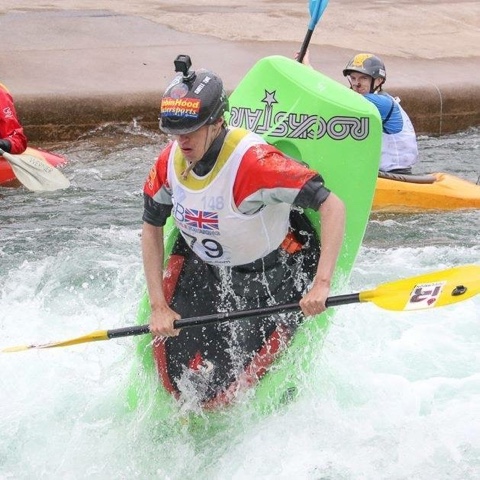