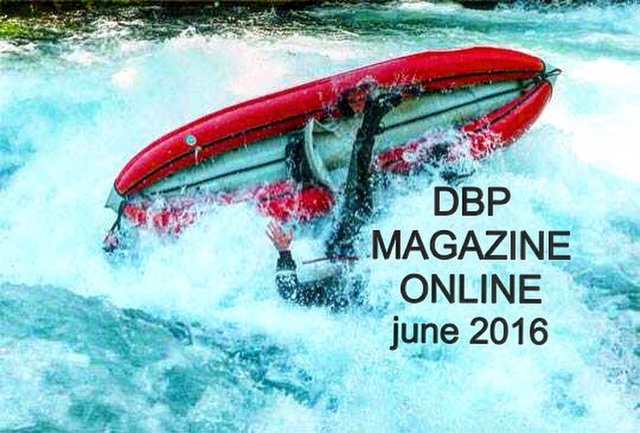 FROM THE EDITOR’S DESK:
June has arrived, bringing with it warm weather and whitewater galore here in The States. What better way to celebrate the season than with an issue dedicated to The Wallace? So here it comes!
What is Wallace? The official definition in Urban Dictionary sums it up succinctly-
WALLACE : verb (to WALLACE, Wallaced, Wallacing)
ON THE RIVER Wallace takes three forms:
1) Upwards Wallace – where the boat is flipped and dumps the entire crew (rafting)
2) Downward Wallace – where the swimmer(s) take an especially nasty deep swim (rafting)
3) Baby Wallace – A dirtbag lost his or her seat, paddle, or maybe a custy or two (rafting)
Kayakers and C-1ers are Wallaced when they get worked in a hole, run over by a rubber pusher,  get an epic beat down, and of course anytime they swim.
OFF THE RIVER:
Dirtbags are well known by their frequent slapping of beers and other precious articles (such as paperwork) from each other’s hands. They take the same form as on the river, Downward: off the feet. Upward: off the face. The Baby Wallace is a slight bump of the arm that results in slight spillage, kind of like a warning shot… “Hey Dirtbag, pay attention!” with the added caveat that one must properly declare the Wallace by yelling “Wallace” during the act. (IF YOU DONT DECLARE WALLACE WHILE BEGINNING THE ACT, YOU ARE AN ASSHOLE AND SUBJECT TO A PUNCH IN THE NOSE!)
And no crying or getting angry watching your Wallaced drink soak into the earth! Grab it and pound it out!!!
NOTE: highly frowned upon to WALLACE a full beverage. Large stack of paperwork… BONUS POINTS
WALLACE may also be used in lieu of the word BURN!, in it’s declarative form.
I asked members of our 125 strong DBP Admin Team, as well as some of our regular contributors here at the magazine, to contribute stories and shots of their epic Wallacing. The articles are coming in, and the result will be epic. Stay tuned all month as we publish tales from the likes of Kelly Gladen, Michael Potter, Paul Teasdale, Adam Piggott, and Associate Editor Wes Breitenbach, among others.
One of the first photos to come in after I put out the call for material came from DBP Admin Greg Babikoff of Oregon. Greg is a true lifetime dirtbag, well known to the small hardcore whitewater community in the PNW. I knew it would serve perfectly to introduce June’s theme. I asked Greg to tell us a bit about the day it happened.
“This photo is from the Oregon Raft Team initiation at the 2012 Northwest Creeking Competition. I had just joined the team a month prior and had no R2 partner to race with. But there was an IK class. Now I had not been in an IK in years and was probably  at best just a class 3 paddler. I had spent very little time in inflatable kayaks, BUT got talked into running the course. It was a river I had never run with a 14′ drop, Sunset Falls, at the starting line.  During the ten minute sprint, I spent more time out of the boat than I did in. I swam Sunset, Sky Pilot, Dragon’s Back, and Here Is Johnny swim hole to finish a four Wallace race lap.  I’ve never been so tired in my life on the water, and that day serves still as a memory that I frequently pull up as a reminder to what adrenaline surge and fatigue feel like.”
All of us who have taken whitewater and Dirtbaggin’ to heart have learned to embrace rather than fear the Wallace. We have all experienced those twin emotions of elation and exhaustion. Perhaps they are never as powerful after one has survived a swim, especially a Class V Wallacing. They are certainly intoxicating, and mixed with the feelings of satisfaction gained after running smooth lines, and the love and camaraderie that is exchanged between paddling partners, these emotions are at the concrete core of the addictive nature of this sport and lifestyle. At least that’s my running theory.
A few other photos that came in- 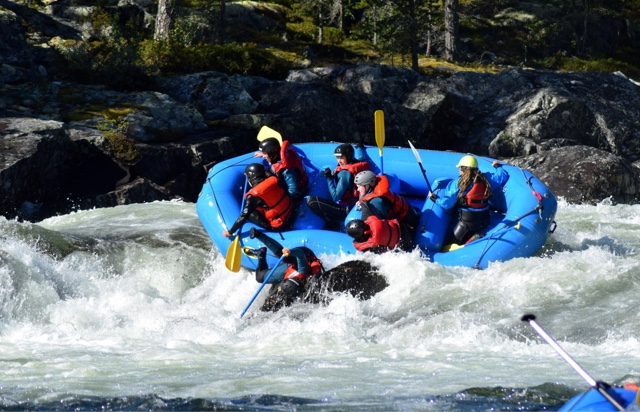 DBP Admin Kaja Halvorsen is back to the river in Norway after a long cold Winter hiatus. Chilly Wallace! And Dagali River Fest is just around the bend! 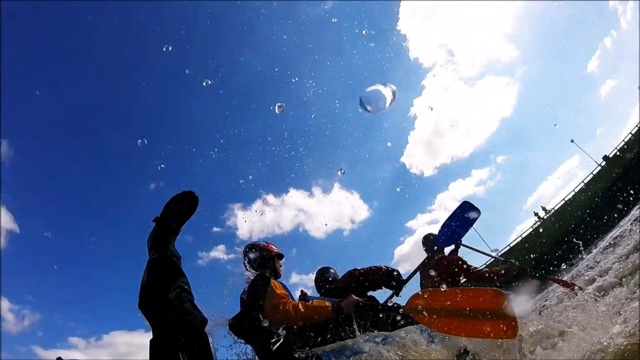 DBP Admin Chris Macdonald of the UK started rafting, trading his kayak paddle for a guide stick. Well, he still gets tons of hard boating in… And he’s been invited to Sickline! Congrats!! 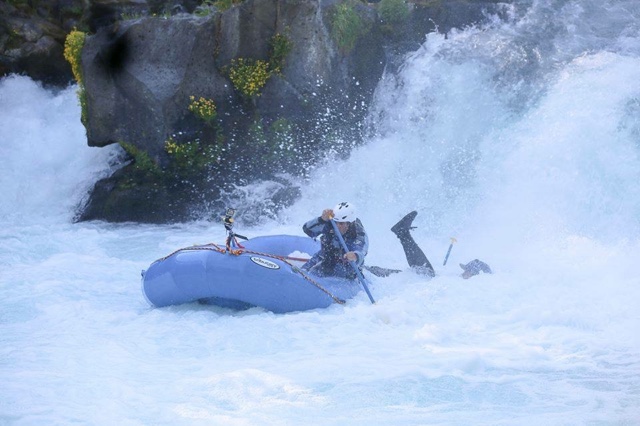 The dynamic DBP Admin duo of Dylan and Jesse Delamotte are going BIG these days. Nothing like a bit of Wallace to cool off after a hot lap on Husum Falls for these Idaho dirtbags!
We’ve lined up some other goodies to go with our main course of Wallace this month. Look for coverage of FIBArk in Salida, Colorado, June 16-19. This year they are hosting the National Rafting Championships, where the winners will earn the chance to represent The United States at the International Rafting Federation’s Worlds later this year. We are also stoked to introduce Team Rage Cage of Tennessee in this issue, who are lining up with our very own Aaron Erdrich and DBP to try and secure the title of Team USA. Add an interview or two and maybe a few other surprises and there you go! Thanks for reading, and SPREAD THE WALLACE.
Chicago Mike Toughill
Editor-in-Chief
DBP MAGAZINE ONLINE’s VISION:
“We exist to share stories of paddlers of all disciplines from all over the world; to interview icons and playmakers in the paddling community and whitewater industry; to preserve the stories of our collective history; to raise awareness of and to protect our rivers and resources; to promote whitewater festivals and events; to report on competitions and competitors in the race community; to give a home to the artistic side of paddling in poetry, artwork, music, comics, and humor; to be inclusive not exclusive, to preach unity and support, safety and camaraderie; to break down the barriers that separate society; to have a global outlook with a local feel; and to celebrate the Dirtbag lifestyle.”
OUR MISSION STATEMENT:
All Forward Thinking.
That’s what it’s all about! Expanding our sport’s horizons is something we are actively doing… Reminding each other that our community is the same no matter where the River is, the color of skin or language spoken. On The River it’s all one language, the language of Flow.

0 replies on “JUNE 2016 ~ The WALLACE Issue. Photo of Greg Babikoff, by Mike Toughill”

Thanks for the post! This information is really good and thanks a ton for sharing it 🙂