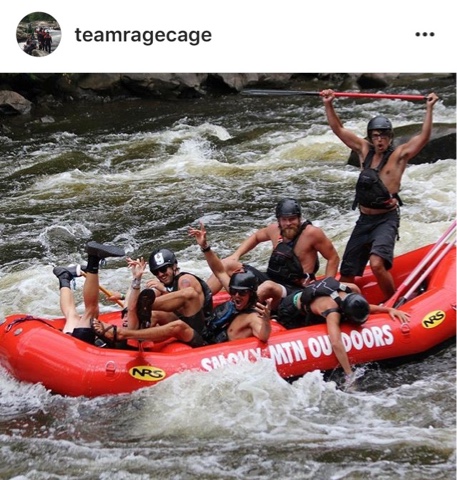 RageCage. It’s not a group name, it’s a lifestyle. 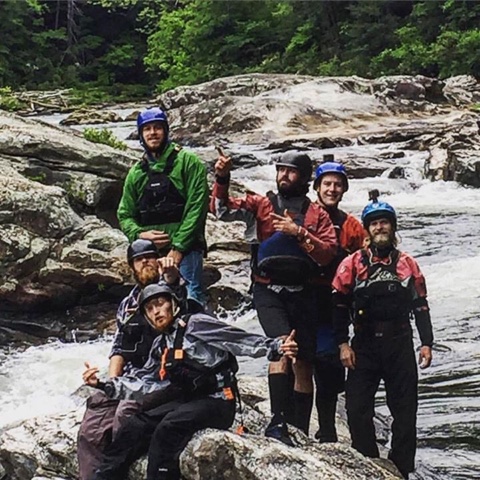 Following a win in the French Broad River Race, RageCage member Alex Wilson was asked by Dirt Bag Paddlers Admin and whitewater rafting badass Aaron Erdrich to help put together a team for the R6 National Championships (R6 denotes a six man raft racing team).  Alex took no time to decide that the effort of training for one of the hardest races in the country, driving from Tennessee to Colorado to compete, would be worth the attainment. We were champions from the French Broad; now for this race we selected six men. Aaron Erdrich, Alex Wilson, Bubby Miller, Zac Lewis, Jared Shirley and I stepped up to the challenge.
So far, we have been training in a boat that is too small because we don’t own the correct rafts. We love racing down rivers as an excuse to train, and striving hard to make it all come together in less than three weeks. 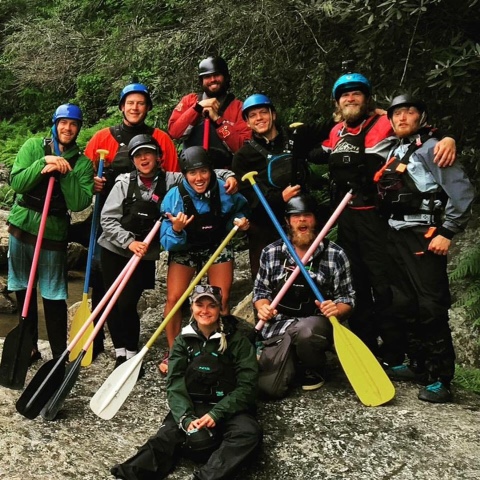 Hailing from Hartford, Tennessee, RageCage began as the name of a work tier in our rafting company, but quickly transformed into something more. The members, our coworkers, encouraged an energetic lifestyle, became a band of brothers, and possessed a contagious positivity that prospered, reflected in the customers and everyone they worked with. Continuously evolving, RageCage is no longer exclusive. RageCage has become a lifestyle. If you thrive from fun, enjoy spending time outside more than inside, and will let your inner child take over when you don’t have to adult, you can be a member. You know when you’re RageCage material. We are bringing the RageCage knowledge bomb to the Whitewater National Championships at FIBArk in Salida, Colorado, America’s oldest whitewater festival. 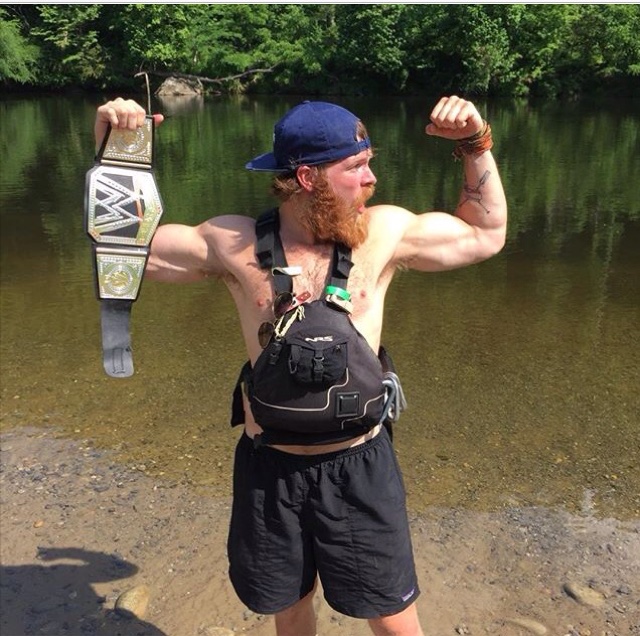 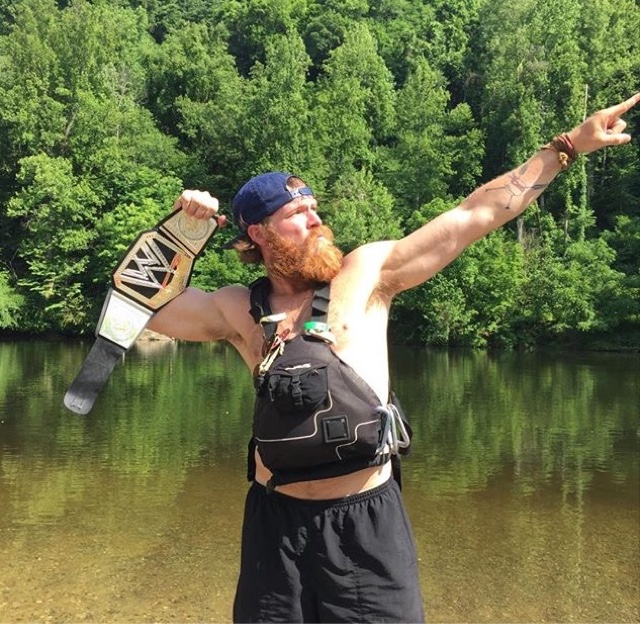 Alex Wilson of Georgia is the cofounder of RageCage, and should currently be a contender for best beard in the country. He has participated in three rafting races and won them all. There are many more layers to this onion. 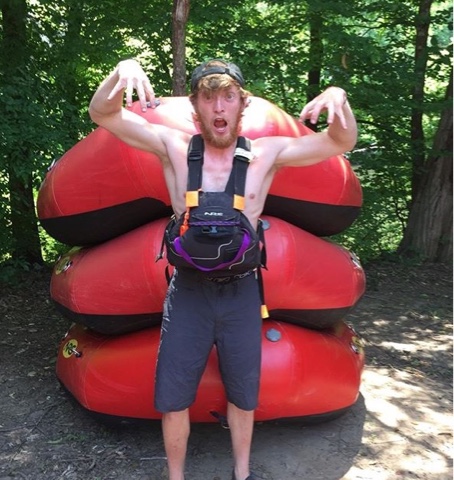 Bubby Miller is from West Virginia. The Beast from the Middle East Coast started as a raft guide on the Shenandoah River before coming to the Pigeon River, and now finds Class IV-V rapids to raft in his free time. 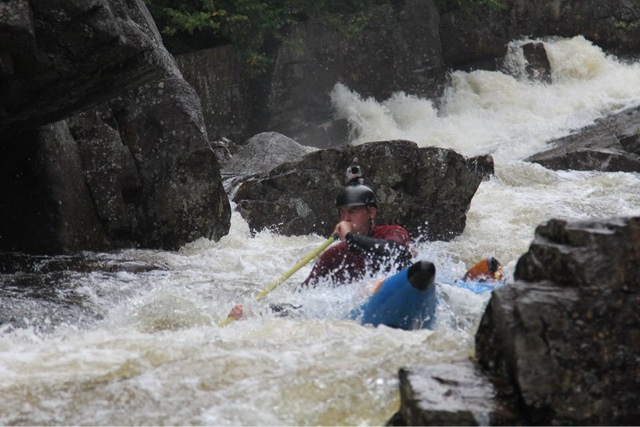 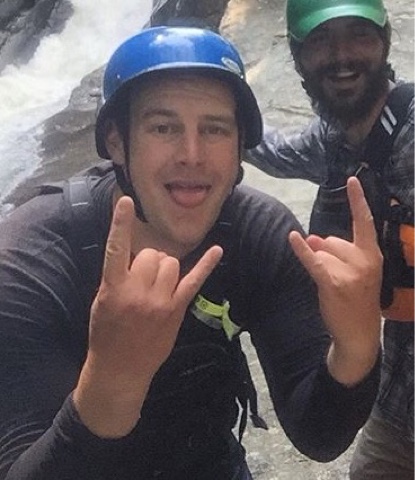 Aaron Erdrich, straight outta Wisconsin. The man with the most Class V whitewater qualifications, he has R1 first descents on waterfalls taller than the house of the richest guy in town. AE is also a very experienced raft racer, winning seven Class IV-V whitewater races including Lord of The Fork and The Animal Race on the Gauley River two years running. 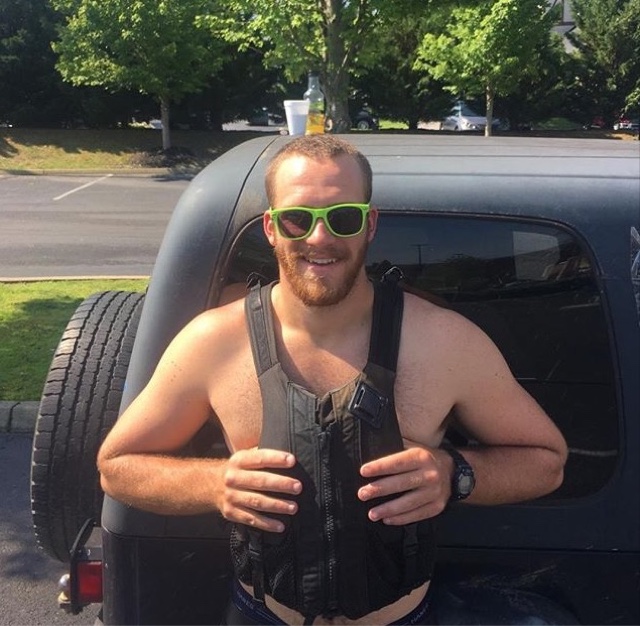 Zac Lewis is the local, hailing from Sevierville, TN. Rafting river manager, ski patrol, OEC tech, and overall skilled Class V whitewater boater, his hopes for a career include building a kayaking school and competing in creek races on a professional level. 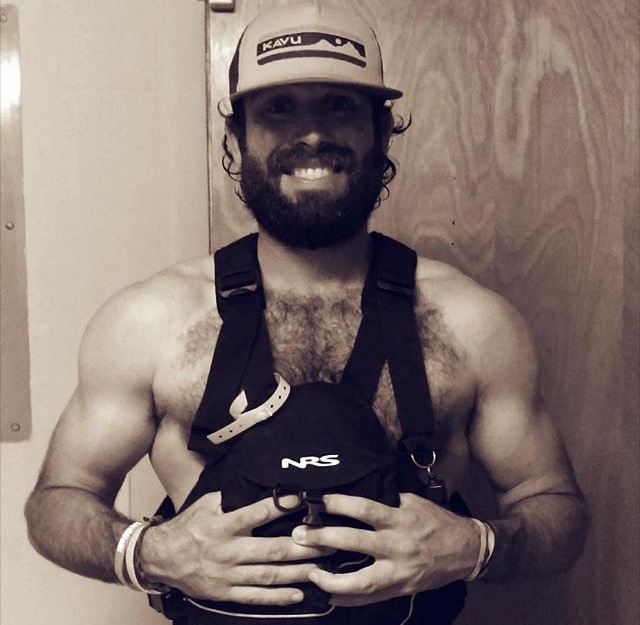 Jared Shirley is the Kansas farm boy. His superhuman strength comes from growing up doing all the lifting around the farm. After discovering his love of whitewater, Jared decided to be a big kid and get a career in Asheville. Thank goodness he could get off from work to make this trip, he is the other motorboat in the raft. 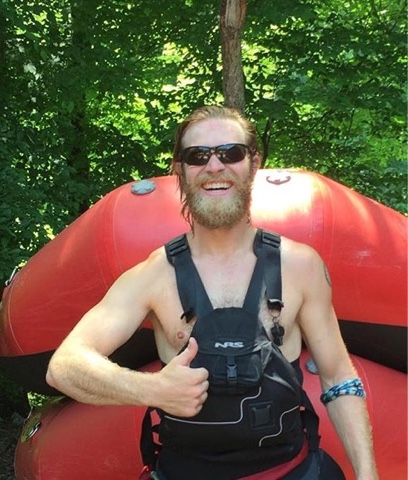 Jamie Page. I’m from a Philadelphia suburb, went to school near Asheville, NC, and fell in love with being outside. I’ve been a rock climbing instructor, whitewater canoe and kayak instructor, collegiate national champion in whitewater kayak, and I go to the church of the double bladed paddle every week.
We may not have been born on a river, but we wish we were. Finding other whitewater often becomes our goal when days are off from work; including the driving time involved we have definitely become brothers. Working, playing off the river, accidentally swimming, and sometimes risking our lives for one another brings a level of trust that is challenging to find in a group of people in this life. This mentality will set us up above the competition when the races begin.
We are a community that puts no boundaries on acceptance. This team heralds the name RageCage to Nationals. It’s not just a tier name, it’s a lifestyle.
“You can’t tone down RageCage” ~ Scott Woodson 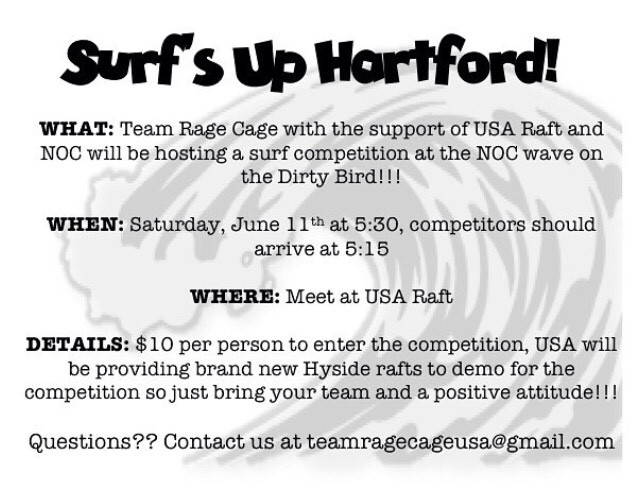 EDITOR’S NOTE- The team is in the process of getting an official website up and running. They hit the road this weekend to head out to FIBArk. Follow along on their Facebook page, and keep an eye out there for the announcement when the site goes live.
https://m.facebook.com/Rage-Cage-554746524707631/?fref=photo
They are also on Instagram-
http://instagram.com/teamragecage
Help fund the mission and fuel the dream… Team USA!
https://www.gofundme.com/2642ccrw
And don’t forget FIBArk! Our friends have been hosting this festival longer than any other in America, on the fabled Arkansas River in Salida, Colorado. AE and the boys will be hanging and representing the DBP and RAGECAGE philosophy. Come say hi! More details-
www.fibark.com