DIRTBAG IN OKC ~ Checking out the new whitewater park in Oklahoma? Yep,Oklahoma! Story and photos by DBP Correspondent Ross Miller 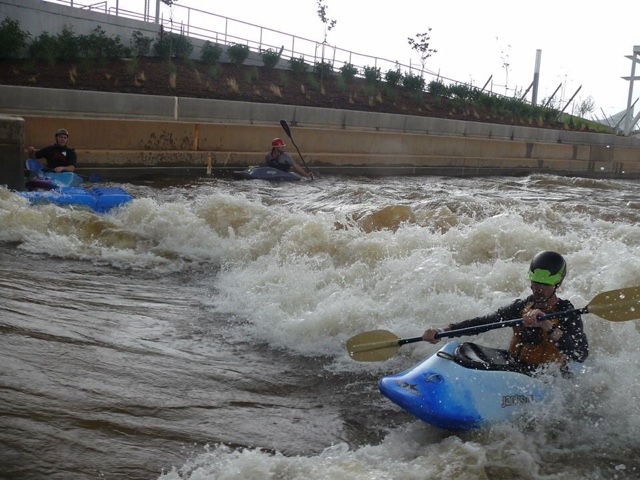 As I pulled up to the front of the Riversports Adventure Center, I was struck by the sheer magnitude of the venue.
It was massive….. 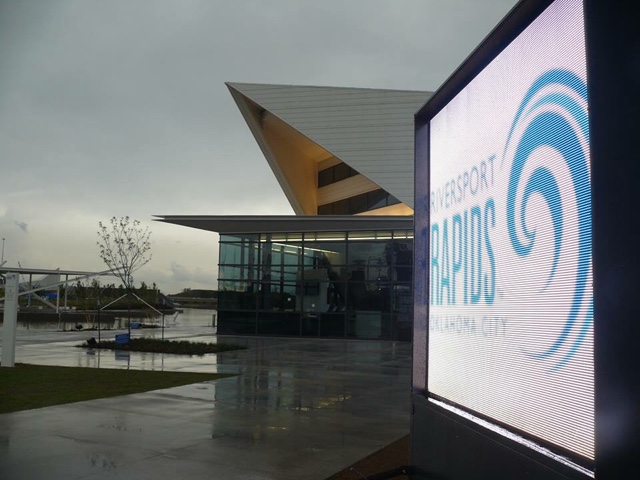 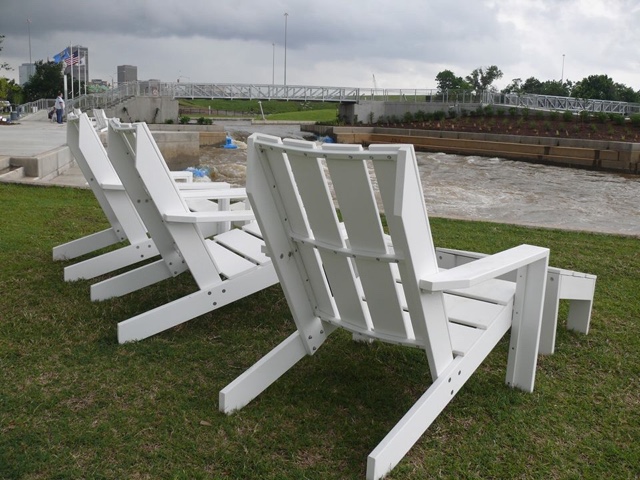 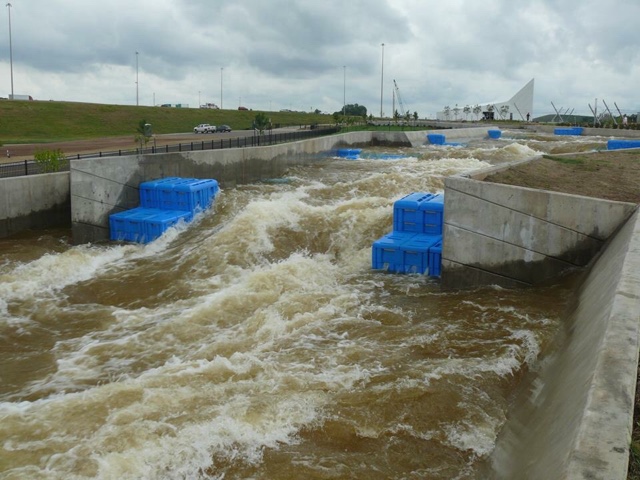 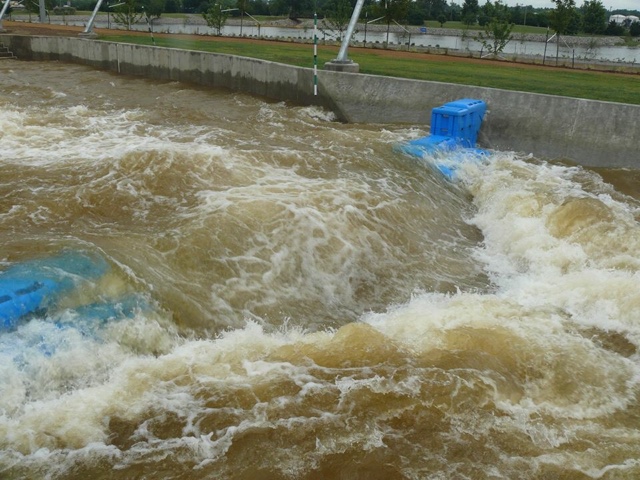 ​Spanning 11 acres, and clocking in at a whopping $42.5 million to build, I quickly realized that there was a lot of hard work and serious planning put into this project. The center sports a clean, modern look, and angular features dominate the landscape. The buildings themselves resemble works of art, with giant bay windows, and incredible lighting. 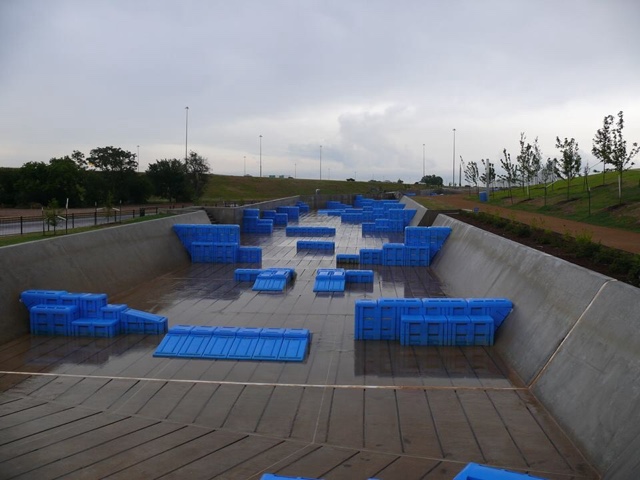 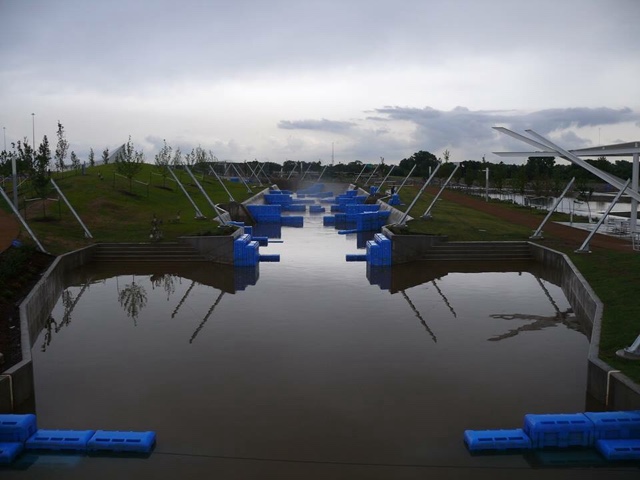 ​Located in the Boathouse District in downtown Oklahoma City, the center boasts a myriad of activities for the entire family.  Activities on site include an adventure/ropes course, climbing wall, trampolines, zipline, waterslides, bicycle pump track, concert stage, and paddle-in movie theater, as well as rafting and kayaking on the two brand new world-class whitewater courses. 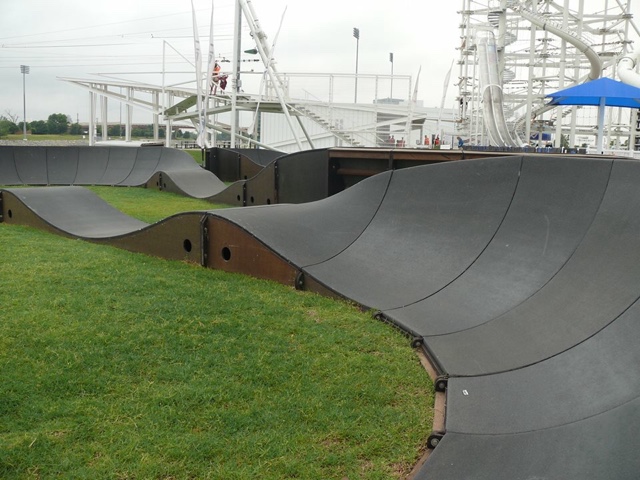 ​When it comes to the whitewater course, there are two main channels of varying difficulty to be run. Both channels utilize water from the Oklahoma River, and as six pumps draw their intake from the adjacent waterway, each one discharges 175 CFS into the top section of the course, with water temps currently in the mid-60’s, and steadily rising. ​Interlocking plastic barriers, arranged strategically to manipulate the flow of the current, are used to create and sculpt the river features. 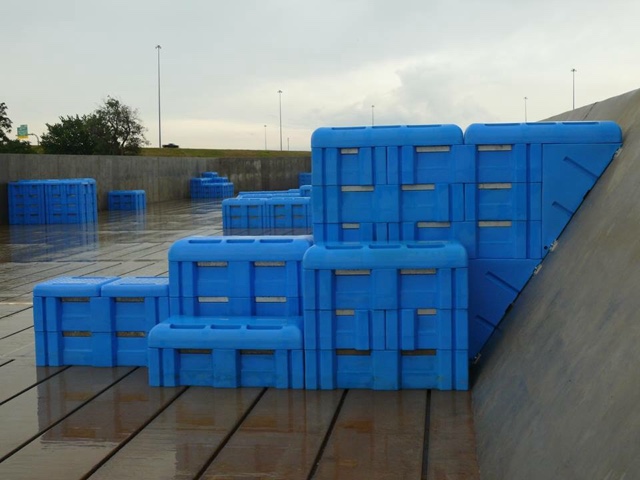 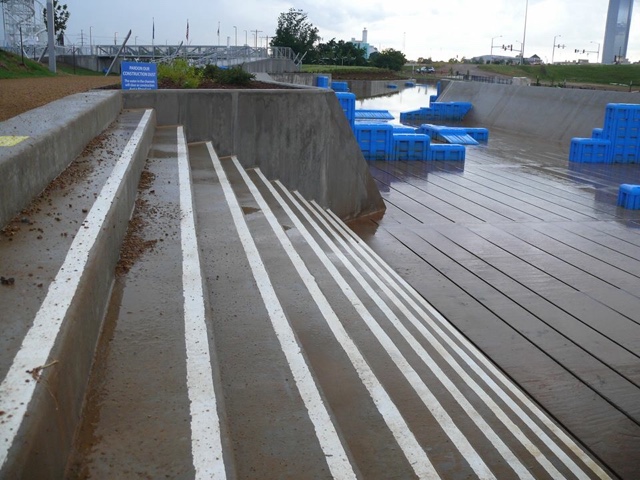 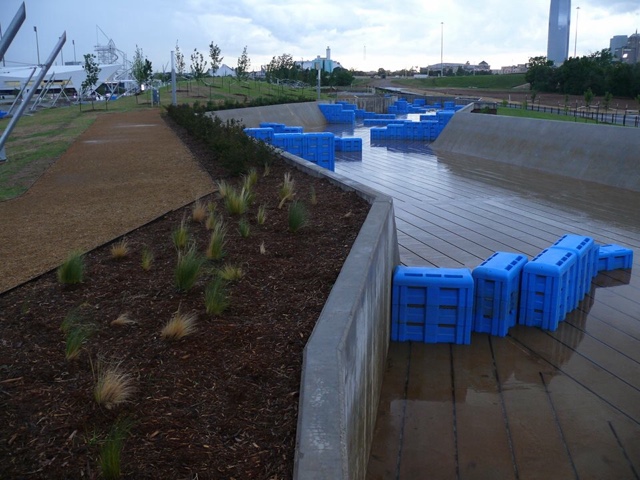 ​The Competition Channel contains Class III/IV rapids, is 1100 feet long, and features strong hydraulics, lateral waves, turbulent eddies, and powerful eddy lines. The Rec Channel holds Class II/III rapids, is 1400 feet long, and the features are a bit more tame. The hydraulics are a bit smaller, there is less lateral wave action, and the eddies are calmer. Both sections boast great surfing, both wave and hole, and have some of the cleanest waves that I have ever seen. 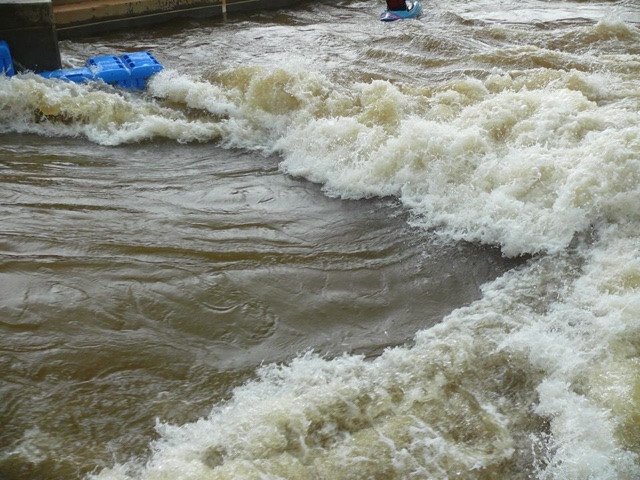 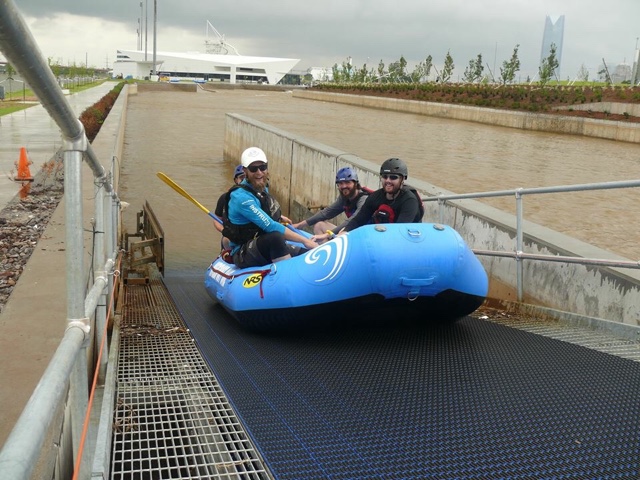 ​Another interesting feature of the Riversports Adventure Center is the 190 foot long Magic Carpet, a paddle-on/paddle-off conveyer belt which allows rafters and kayakers alike to run laps on the two courses, carrying you from the bottom pool to the top pool on a grippy, rubber surface in short time. 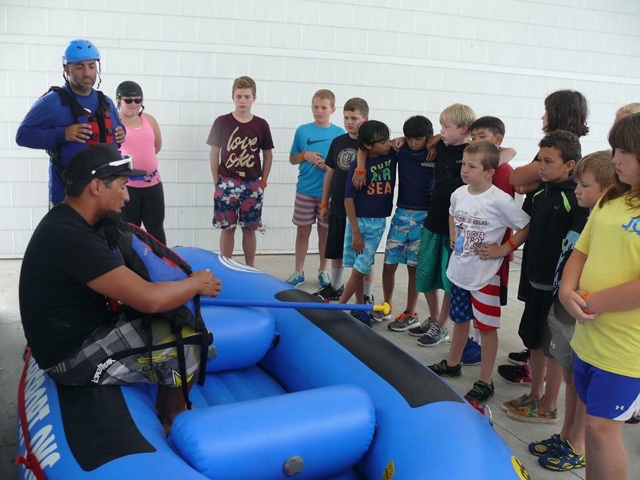 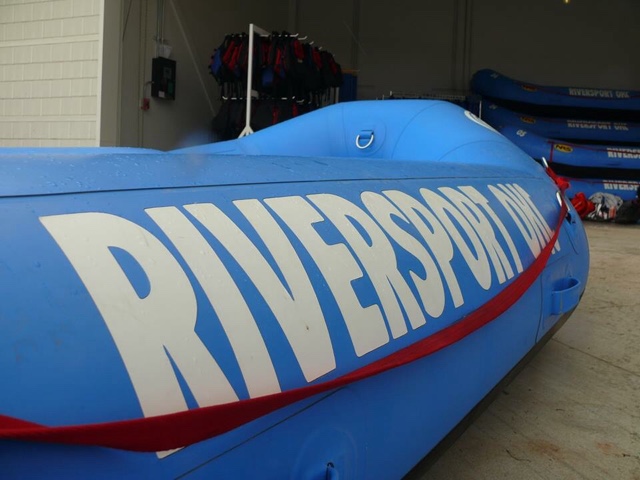 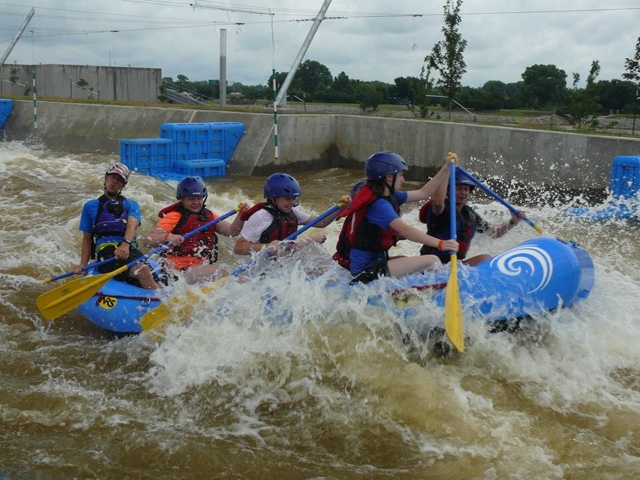 ​Overall, I was impressed by the quality of the whitewater, and the friendliness and hospitality of the employees was unbeatable. This is the lower midwest’s only whitewater venue, and it appears that the Riversports Adventure Center in Oklahoma has positioned itself to be the epicenter of the region’s whitewater scene. 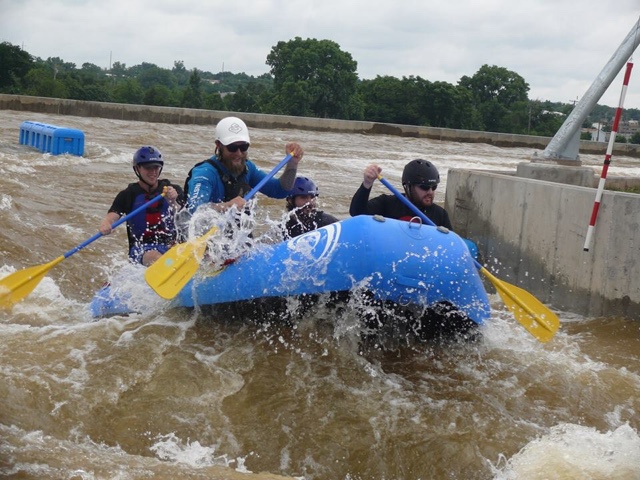 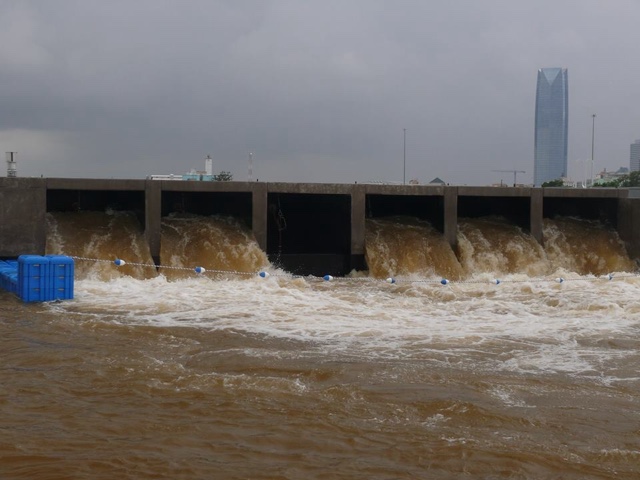 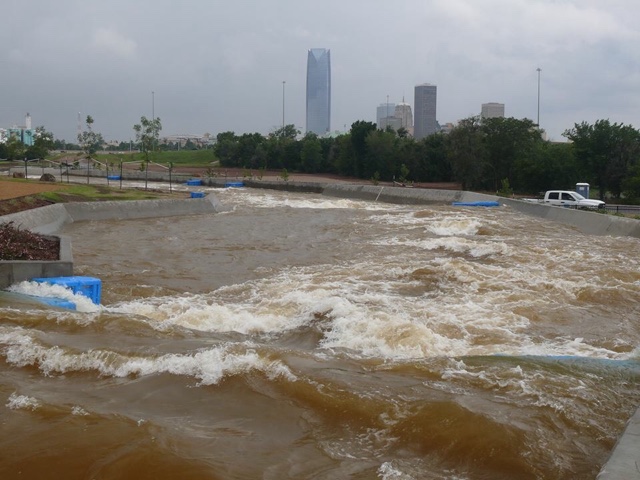 ​I highly recommend this place to anyone in the Midwest who is looking to get into whitewater, and when traveling cross country, this should be a destination on every boater’s travel list from now on. 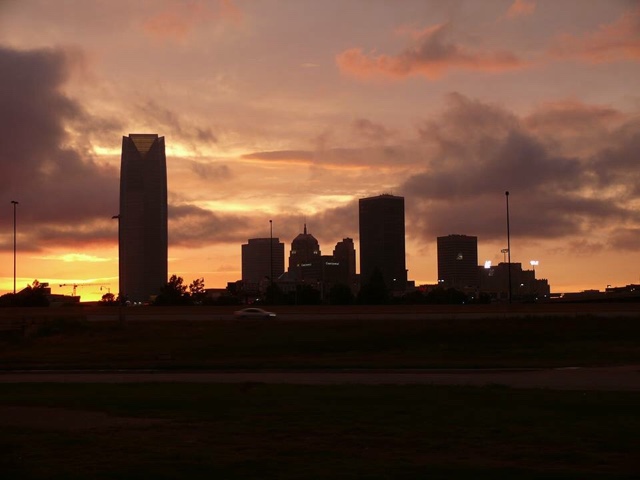 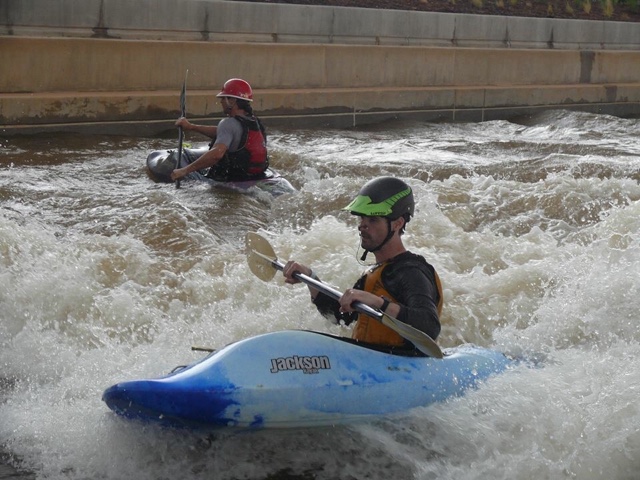 Matt Hatler gets his surf on in OKC 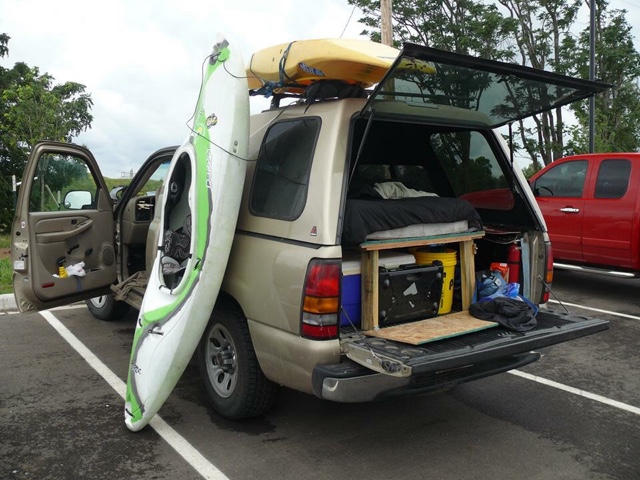 EDITOR’S NOTE: Ross is a longtime DBP Admin who has been on the staff of DBP MAGAZINE ONLINE since its inception in 2014. He lives, travels, and paddles all across America in his Dirtbagmobile, shown above. Be jealous!

SPEAKING OF WALLACE… ~ Musings from 15 Seasons of Dirtbaggin’. by MikeToughill