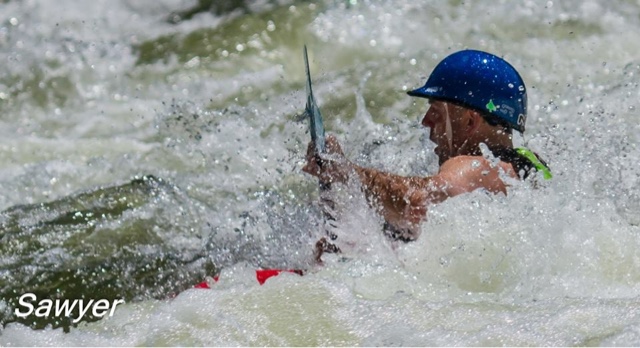 I had kayaked Gore Canyon in Colorado a handful of times before the day I let my guard down. I don’t remember what I was thinking, except maybe “I got this”, or “The hard stuff is mostly over”. It was the day of the canyon race, so there were lots of people on the shore with throw bags and front row seats for carnage displays. For whatever reason, I was lagging pretty far behind my group.
At that particular point in my paddling evolution, I had plenty of experience swimming in class 3, specifically almost the entire middle Ocoee River back in Tennessee. I was a pretty hard charger back then and wanted to get good in a bad way, so two years later when I found myself living in Fairplay, CO ticking off ever harder runs, I thought I was progressing nicely.

It was a nice day and everything had been going as planned; I remember leaning back on my stern staring up at the blue sky feeling a pleasant calm throughout my body. When I raised my head up I saw people on river right waving their hands around like crazy. “What are they yelling?” I thought. Suddenly the peaceful bubble burst and all the sounds of the world amplified.
“GET LEFT! GET LEFT!!”, they were screaming.
“Oh shit!!!” I thought, as I threw a few hard strokes in a last minute attempt to get left. You already know what happened, TOTAL WALLACE. 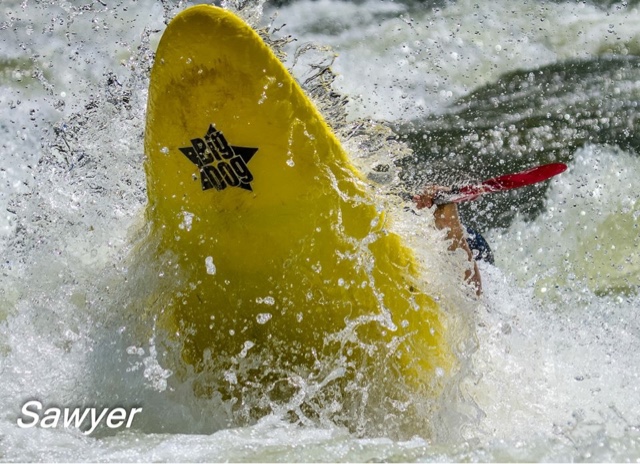 The rapid is called Toilet Bowl and I got flushed. It sounded more like dynamite or mortars going off than the innocuous sound of a turd being flushed, but the feeling seemed similar. Oddly enough the old guidebook describes it as, “A horizon line easily missed……where is it? Where is it? Ooohhhh too late”. So half sideways with wide eyes, I dropped over the ledge and into a large hole. I was told later that if they held a window shading contest I would’ve been crowned king. I remember rolling up a few times, but couldn’t get situated into a side surf to even attempt an escape.
Rip cord pulled, activate ejector seat, but by this time the energy and oxygen levels were getting low. Things actually slowed down a little at this point even though I was being violently spun around. I tried to swim for the surface, but all the water churning over the pourover prevented that. I balled up, hoping to flush out the bottom… DENIED.
I remember feeling pretty calm and a dark warmth coming over me. I remember thinking this might be it for me and it doesn’t seem as bad as I thought it would be. Finally I spread my limbs like a starfish, and I must’ve caught some downstream current. Then I saw  flashes of light as I resurfaced, barfing up water, experiencing that rushing feeling of downhill flow. Somehow I mustered the energy to swim into an eddy and was able to crawl up onto some rocks. Dazed and confused, I figured I’d save the thoughts of reflection for another time. I cleaned up the yard sale and got after it, catching up with my group.
The year was 1998. It feels like a lifetime ago and the terms Wallace and beater wouldn’t be introduced into the paddler lexicon until years later, but they describe the ordeal perfectly. In reality it probably only lasted 20 or 30 seconds. All the folks enjoying the show probably thought, “Not bad, but we’ve seen better.” The memory is clear and has definitely stuck with me over the years. It was by far my worst WALLACE and I am just glad it wasn’t worse, because I have seen that hollowed out look that some people get after a particularly nasty swim and I didn’t, and don’t till this day, want any part of that. So until next time, keep your head above water and safety in your mind. 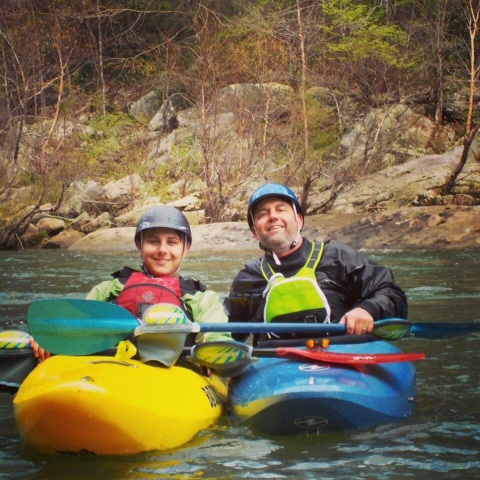 EDITOR’S NOTE: Joe is a frequent contributor to the Magazine, who enjoys kayaking with dirtbags, especially his son Jake. They have been paddling together for two seasons now, and recently Jake, age 15, upped his game enough for them to head out to West Virginia to paddle the New River. There Mike Sawyer, an ace boater/lawyer/photographer/adventurer, captured a few photos of this DBFamily getting after it. Here are a few links to other articles by Joe Mayer.
CHEAT FEST REPORT-
http://dbpmagazineonline.blogspot.hr/?m=1
MEETING THE ORIGINAL WISCO DIRTBAGS-
http://dbpmagazineonline.blogspot.com/2015/11/november-2015-giving-thanks-and.html?m=1