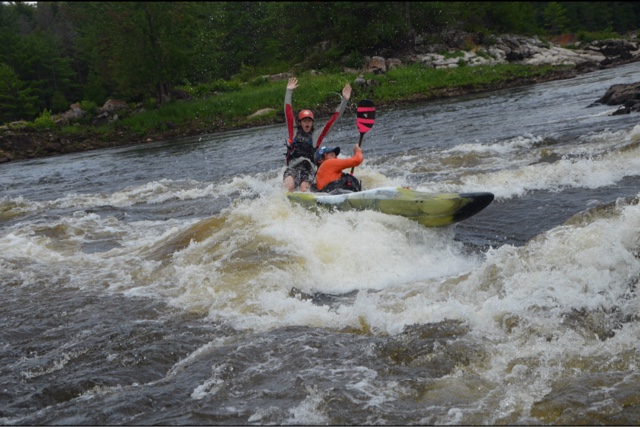 “Write a piece on your favourite river.”
It should be such an easy brief, to write about a place that you love. But where? Some rivers have been my workplace, others my playground. I’ve paddled rivers that I’ve been happy to survive and those that I could run endless laps on, day after day. Out of many rivers, at home in the UK and across the globe, the Ottawa River (Rivière des Outaouais in French, Kitchissippi in native Algonquin, the defining border of the Canadian provinces of Ontario and Quebec) has found a place in my heart.
Home of the 2015 World Freestyle Championships, the Ottawa is best known as a playboater’s paradise. With endless park n play spots along the river, there’s something for everyone. Every day I see beginner kayakers getting their first tentative surfs at Push Button, feeling the speed of the river under their boat for the first time. The line up in the eddy becomes a social place, with paddlers cheering just as loudly for those practising their rolls as for those nailing the big freestyle moves. It’s supportive, safe. 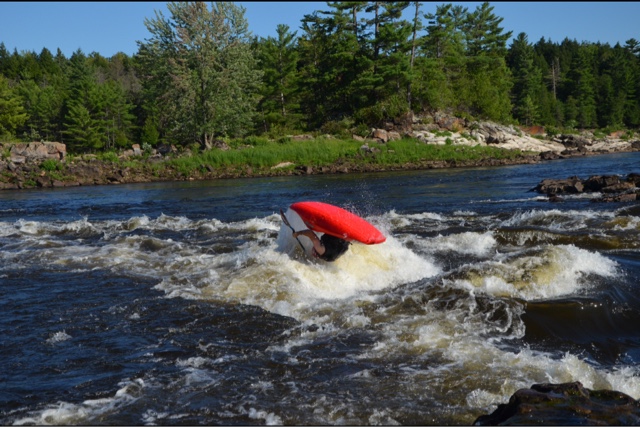 Further up river, the experts hone their skills on the intimidating Garburator wave of the Lorne. Ferrying out from behind Moby Dick Rock, their boats stop dead as the force of the wave kicks them back upstream. For me, the Garburator represents the full force of the river. Aggressive and unforgiving, it feels hellish at first. But those that give it time and get to know the feature – those that work with it, harnessing its power, get the surf of their lives. Those that are able to throw down tricks thrive here, throwing move after move and still retaining the feature. For me, as a mere mortal and an average playboater, just the feeling of speed when charging down the face of such a huge wave keeps me coming back for more.
Dane who? showing up LIKE A BOSS on Garburator! 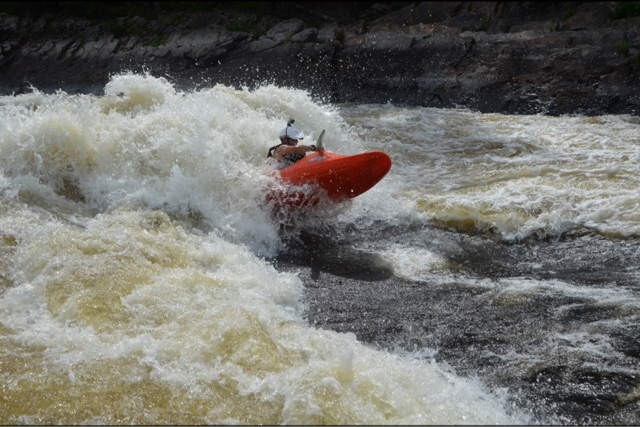 The Ottawa is a river of many faces. The spring melt of May and June brings high water levels and with it the world famous Buseater Rapid. Pro paddlers flock from the world over to surf this colossal wave. But the river is more than just a playground for the pros. As a busy commercial rafting river, thousands of customers get taken down every day, to experience their first taste of whitewater, of Wallace, and an insight into our world. 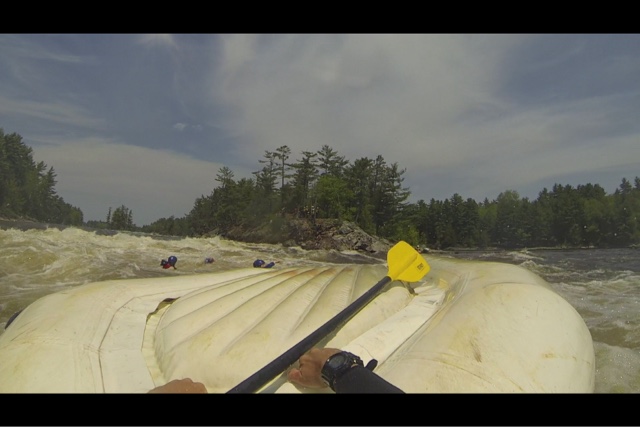 Buseater is what the raft guides would refer to as a “50/50.” With Minibus wave on the left and Buseater on the right, the only possible line through the maelstrom is the “window” through the centre. The window is a tongue of green water, the line. But the window often surges at random, closing out and denying the line. Being in the right place, at the right angle, with a strong raft team isn’t enough. Getting through Buseater the right way up is a roll of the dice, with an element of luck. Rafts are thrown into the air, flipping over and dumping their teams into the water – roughly 50% of the time. The inevitable Wallacings can be cleaned up swiftly in the flat water pool below, making this rapid a raft guide’s favourite.
The true highlight of big water season is undoubtedly Coliseum. A series of huge waves one after the other leading towards a pourover ledge makes the rapid a real test piece. Kayakers dart around the rapid, surfing and manoeuvring with ease. For the rafts however, flips here are serious, with the potential for long swims. Guides that are usually calm and upbeat can be seen scouting the line, double knotting their boardshorts and re-tightening their lifejackets. It doesn’t matter how many times you successfully run the line, the feeling of anxiety never leaves before dropping into main tongue Coliseum. 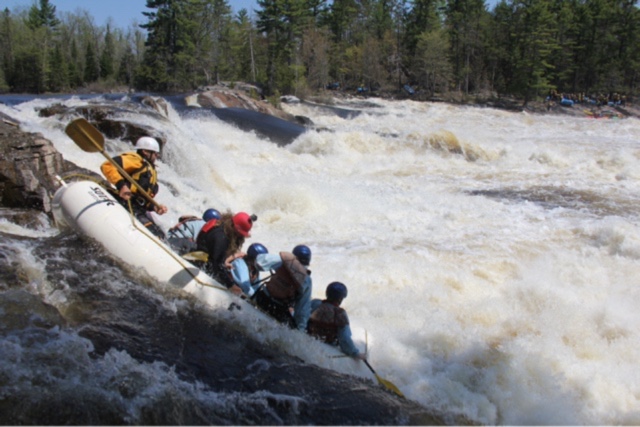 ​With so many world class rapids on the Main Channel of the Ottawa, the Middle Channel is often overlooked. But as the water level goes down in the summer, high volume rapids turn into rocky, technical runs offering something different to the usual park n play spots. The main event on the middle channel is a river wide horizon line, the Garvin’s Chutes. In the springtime the rafting line is usually far right over the “Elevator Shaft” – a vertical drop that’s guaranteed to get the heart racing. At summer levels the “Dragon’s Tongue” becomes runnable, a sliding waterfall above a retentive pourover. 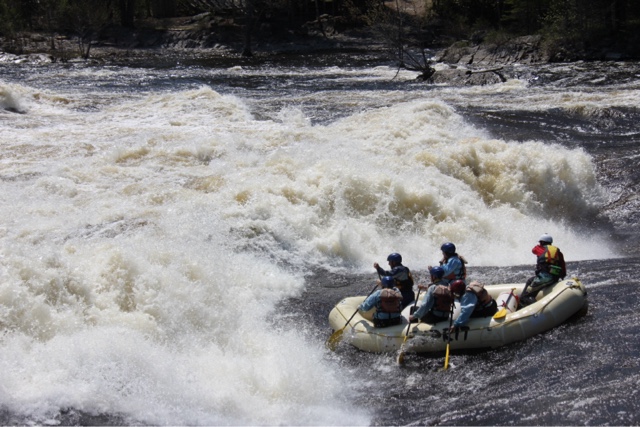 ​So then, why the Ottawa? It’s a river that has everything. Park n Play freestyle with easy eddy access. River running, with technical eddy moves and perfect training sections for beginner paddlers. The social scene. High water, low water. Waterfalls. That’s why I love the Ottawa.​​​
Esprit Rafting on the Ottawa
EDITOR’S DESK: Ian is a member of the DBP MAGAZINE ONLINE Staff and Admin on the Facebook page as well as kayaker and professional raft guide at Esprit Rafting http://www.whitewater.ca on the Ottawa. His article takes us along yet another of the many gems of whitewater in this month’s “Our Rivers, Our World” issue of the Magazine as we celebrate our 3rd year of Dirtbaggin’ by showing you our home rivers. The Ottawa River is arguably in the Top 5 of the World… And we still will be delivering two more of the rivers that typically make up that list before August is out… Stay Tuned…
Esprit is also a great place to party after the paddling…