The Pigeon River gets its name from the now extinct passenger pigeon that once used this river valley as part of its annual migration path. But unlike the bird, the river has been given a second chance. 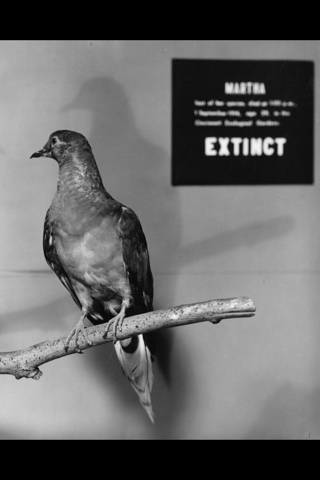 It is by no means a big river. At 70 miles long and a drainage basin of only 704 square miles, it doesn’t take much to impact this delicate watershed. It receives runoff from freeways and towns, as well as being dammed then sent through a flume 6.2 miles long before being forced through the Walters power generation station at the North Carolina-Tennessee state line, or as locals know it, the put-in.

Just mention the Pigeon River in east Tennessee and you will get reactions as diverse as the people who call this area home. For most of the time that industrialized man has occupied its banks they have been dumping their sludge and waste into it with little regard. Because obviously once it floats downstream it’s gone. Well, tell that to the folks that live in the communities of Hartford, Newport, Gatlinburg or any other downstream town. 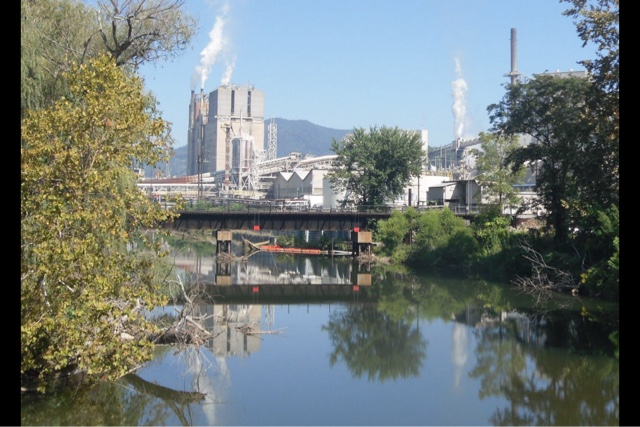 For over 100 years this river has been polluted, abused and mismanaged. The river was listed as dead for many years. With fish and amphibian populations decimated throughout most of the 20th century, little hope was left for the towns that share its banks.

Then, in the very late 80’s the topic of environmental impact and clean water began to gain momentum. People began to see what they had to do.  Fighting corporate interests would prove to be no small feat. One of the biggest polluters to this river is the paper mill in the town of Canton, which lies just upstream of the dam and has been the center of most of the contamination controversy. Many battles have been fought with this mill to improve the water quality for those downstream, with little compliance until the mid 90’s when pressure by local people forced government agencies to begin harsher regulations. Though we have had the Clean Water Act since the 70’s it didn’t do much to protect smaller “un-navigable” rivers or streams. 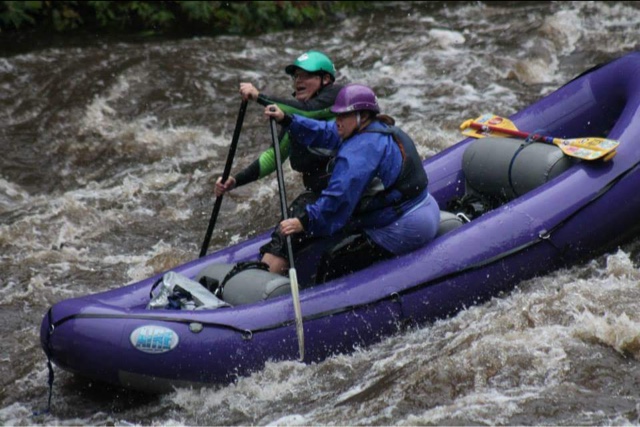 It has taken many years of fighting and political persuasion but the evidence is clear. Major pollutants and contaminates have been drastically reduced, some as much as 99%. But what has this done?

Besides restoring a vibrant ecosystem to the valley including the return of many fish, birds and amphibians, it has also opened up a vital economic opportunity for the town of Hartford.

This has allowed the community to take advantage of the river for recreation and the tourists it draws, from the casual riverside campers, anglers, kayakers and rafters, to people looking for a short respite from Interstate 40, running right next to the river for several miles. Hartford, TN is a tight knit community that continually struggles with the balance of release days and tourist dollars. One of the difficulties is the fact that the dam and power company that owns it and controls the release of the water is in North Carolina, while communities that benefit from the releases and suffer from any pollution are across the border in Tennessee. Anytime you have to confront one bureaucracy it can be difficult; this matter involves two states, the federal government and a power company. 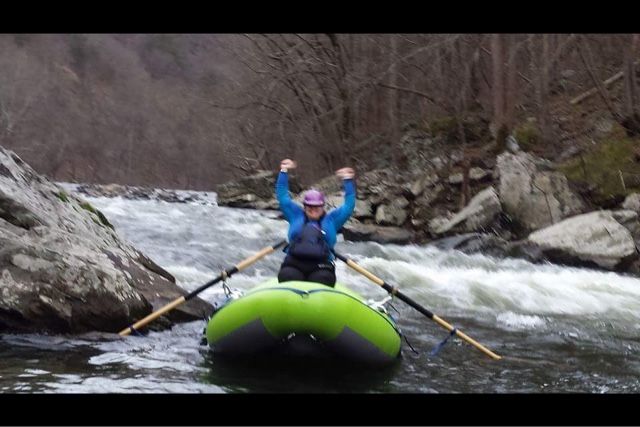 The multiple sides have come to an agreement on releases. However, I believe it was a more of a ‘take it or leave it’ kind of deal. What we get is Tuesday, Wednesday, Thursday and Saturday from 11:30am-6pm from Memorial day through Labor day. It puzzles me as to why they couldn’t trade a weekday for Sunday and allow the rafting companies, guides and local small business along with private boaters to have a full weekend of fun and economic growth. But being here in the south, I have realized that certain groups like to push their “no work on Sunday” beliefs on to those who would rather make their rent or provide a little more for their families. Anyone who has worked in a river dependent community can surely see the benefit of that extra weekend day. Only if everyone could support each other like the boater community does. 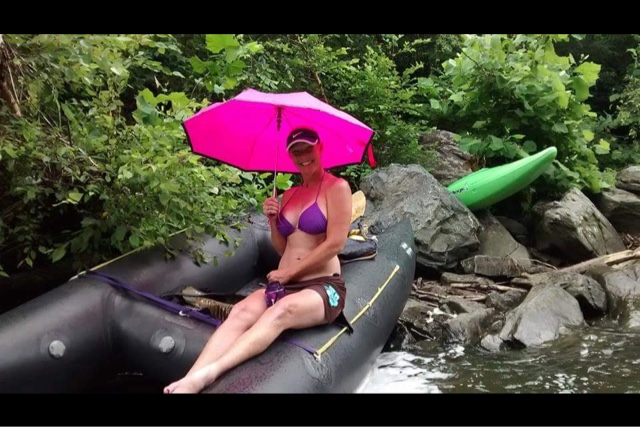 I fell in love with the Pigeon for many reasons, but a few are: its close proximity to my hut; the mostly forgiving rapids followed by large recovery pools; it’s a short run that can be done 3 times in a day, or one run can take all day if you stop at all the good play spots combined with the great hangout spots; and the shuttle is EZ! You can hitchhike, catch rides with rafting buses, and of course set your own shuttle with friends.

And speaking of friends, I have met some solid humans on this little stretch of river. I have witnessed the progression of not only myself but others as well. For example, when I first started going there a few years back I met Susie and Darren, a great local couple that can be found up there most of the summer. When I first met them they were R-2ing an Aire Super Puma. Darren eventually set up an oar rig on that boat and soon after Susie wanted in on the action too. I started seeing her on her own Puma with an oar rig and she was rocking it! I loved watching her gain the confidence to go out on her own and take command of that boat. 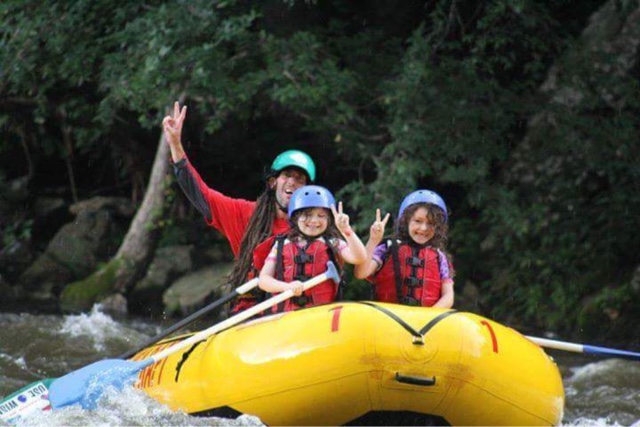 Another person I’m glad to call a friend is Larry, who most know as Chillywater. This guy is impressive with his ability to run a tight ship, and he knows this river as good as the rock that it flows over. His passion for getting folks down the river is second only to his love for his two sweet little girls. This guy is like one of those dads that more kids need, not saying he needs anymore kids! But what I am saying is you’re not going to find huge water or monster drops on this river. I don’t care what anyone says it is a solid 3+ river, no more no less. 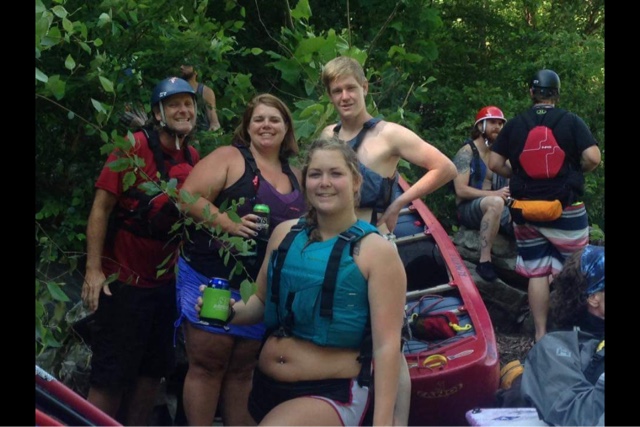 But what you will find is a good group of folks that love this little valley, love this little stretch of river and do everything they can do to keep it afloat as well as clean and running. 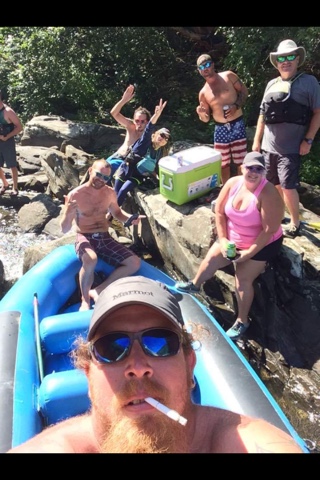 A few things to remember when visiting the area:

Also keep in mind the struggle this little river has gone through to get where it is. We can all relate to a little struggle. It has a few challenges ahead before it gets back to its former pristine glory, but with the love and devotion the people around here have for it I don’t think it will be all that long. 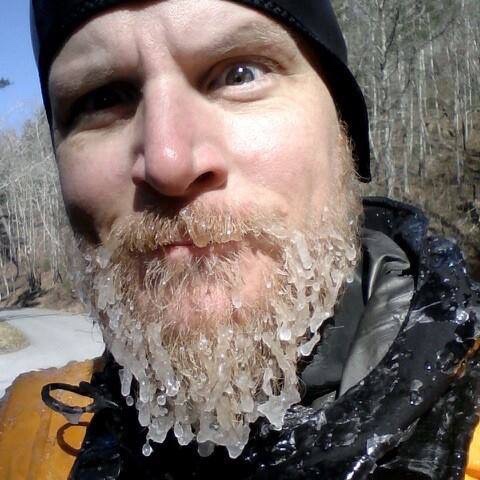 EDITOR’S DESK: Wes serves as Associate Editor of DBP MAGAZINE ONLINE and is a longtime Admin of the Dirt Bag Paddlers Facebook page. He fired up this love story of his home river to contribute to this “Our Rivers, Our World” issue celebrating three years of One Love at DBP. Famous for his sharp wit and humor, Wes listed the following photo captions as “Pig” instead of “Pic”, and they are in the order as they appear in the article. 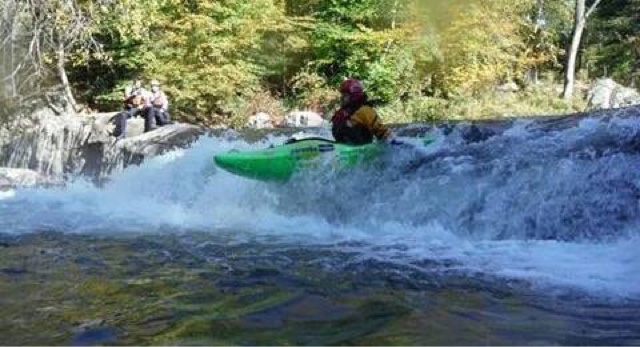 Pig 1- The put-in by the powerhouse.
Pig 2- Martha, the last known carrier pigeon.
Pig 3- Canton paper mill on the banks of the Pigeon.
Pig 4- Darren and Susie R-2ing.
Pig 5- Susie on her own rig.
Pig 6- You never know what you will run into on the Pigeon but if your see Biz be sure to mind your manners.
Pig 6 – Chillywater Larry and his princesses!
Pig 8 – Friends known and unknown…
Pig 9- More people of the Pigeon.
Pig 10- Associate Editor F. Wes Breitenbach!
Pig 11- Wes sends it!

One reply on “THE PIGEON RIVER ~ A little story about a little bird that ain’t so dirty anymore.”

I wish you'd made mention of the Pigeon Dries and the future possibilities of rec releases.
It is a really fun run that goes from 300-2000+ cfs. Fingers crossed for rec flows one day.