As paddlers, we spend a lot of our leisure time WET. After we have exhausted ourselves on the river and we’re all blissed out, our wardrobe choices vary but usually aren’t very fancy. At any given whitewater fest or takeout the vast majority of shirt choices is the beloved “T” shirt. Everyone has their favorite, sometimes it’s dictated by fit, sometimes it’s the print and sometimes it’s our favorite band. A lot of us like to sport our favorite corporate outdoor brands like North Face or Patagonia, some like smaller companies to represent like Kavu, Bomber Gear or IR; these are all great choices as they tend to reflect our interest in the outdoors and conservation. More and more I find myself gravitating to even smaller makers, perhaps they could be called micro printers or boutique haberdasheries. These small businesses that I’m talking about are combining art and adventure into a gooey stew and squeegeeing-ing-ing that shit all over very unique t shirts. Two of my personal favorites are Spacecraft Collective and teamscum.

I don’t remember exactly where I first heard about teamscum, but I liked the name right off. A Google search didn’t help much, but it directed me to a small mysterious post from like 2007 on boater talk. “Who is responsible for making the teamscum shirts that say support soulful kayaking?” the post asked, and no serious replies were listed. Bizarre dead ends, but I thought hey I would want a shirt like that. Then at some point Istumbled across a post that said to send an SASE for some free stickers. Shit yeah, free stickers, count me in, I love free stickers. “Go away bro” stickers mocking GoPro, “Fuck the bullshit” stickers with what I could only guess was a buddy of the maker and some cool spaceman with ant eyes.
When I finally found teamscum on Facebook and was able to check out their designs I was even more intrigued. Some outdoorsy type imagery, owls and ants, space themes and images of people who are maybe just their friends.Then one day the Glenn Webster shirt drops. I reluctantly ask who the hell is Glenn Webster in the comment section and am instantly skewered by every southeastern boater out there until someone kindly informs me that he is a Chattooga area paddling legend. I didn’t know if he was like some sort of southern Appalachian River yeti or what. The shirts weren’t exactly whitewater themed, but there was some kind of connection to paddling. The guys making them must certainly be paddlers. I was definitely intrigued and curious about some of the inspirations. The misfits skull with ant eyes I really liked but it only came in camo, which my wife had informed me some time earlier that I was too old to wear camo. “Yeah, but I grew up hunting,” I said. “No camo,” she insisted. 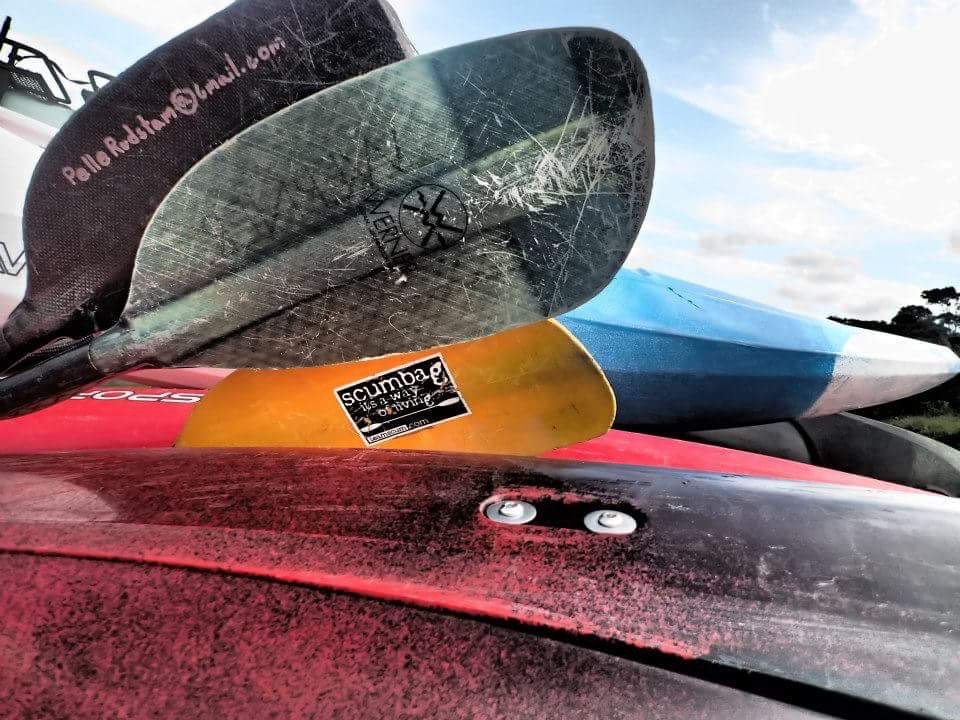 Sun Ra on a t shirt? I am a pretty big music fan, so I had heard of Sun Ra but never checked out his music before. What was the deal? These guys liked The Misfits, as well as very experimental jazz from a self proclaimed alien. “Geez,” I thought, “these guys have weirder musical tastes than me.”
So then I see the most interesting design yet come down the pipeline, the Penrose shaman. Really cool designs all over the shirt and then some kind of zombie looking guy with a serpent or something in his mouth. Fucking weird. I can’t say what possessed me to google Penrose, but when I did I was completely blown away to find out that he is not only a real guy, but an English mathematician specializing in theoretical physics. What the fuck are these guys into? They are maybe some seriously brainiac scumbags, or perhaps just very eccentric. Who’s behind this unique brand?

T shirts make up most of my wardrobe; since my job does not require dress clothes or business casual I am in a t shirt every day. Last week when I saw that teamscum was running a huge mid summer sale I knew it was finally time to pull the trigger. While I was waiting for my order to arrive, I fired off a handful of stupid questions to head scumbag Al Pabst and he was kind enough to offer up the following answers. 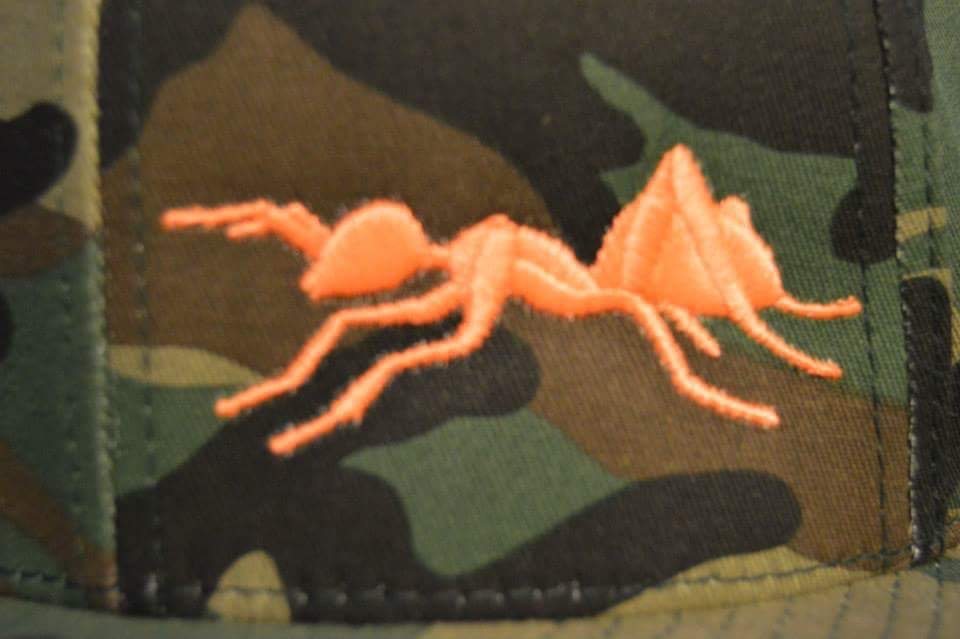 DBP: Tell me a little bit about teamscum origins:

AL: Folks used to call me and my brother scumbags but sort of in a degrading way – we just owned it and 2000 started making simple cut vinyl stickers that just said ‘scumbag’ – it evolved on its own from there.
DBP: What would you say the teamscum philosophy is?

AL: World domination one small ant sticker at a time.

DBP: Have you ever written a manifesto?

Al: no – those things get people in trouble.

DBP: A while back I saw a post that showed your summer reading list and couldn’t help noticing some fairly esoteric subjects. I am a pretty avid reader as well. What’s the last book you finished? And what was it about?

Al: Just wrapped up ‘Radical Mycology’ by Peter McCoy – it’s about mushroom biology and beyond.
DBP: I was going to ask what kind of boating you were into, but I took a few minutes and checked out your YouTube channel. Sick shit I must say, southeastern steeps. I like that some carnage is left in and I especially like some of the shenanigans when the rivers run dry. Specifically, I was disturbed at the destruction of a beautiful musical instrument, but maybe more disturbed about my enjoyment of watching axe wielding chicks chop it up. Anyway, getting back on track, tell us a little about Juice Jones. Is he just a buddy of yours? Southeastern creeking legend? Or is he the video guy? He is immortalized on numerous teamscum shirts, as well as video.

Al: Juice Jones is my brother from another mother – He inspired the Homegrown Photo/Video Contest we used to do as well as other things – Southeastern legend for sure – he keeps it about as real as possible and is a space time traveller. 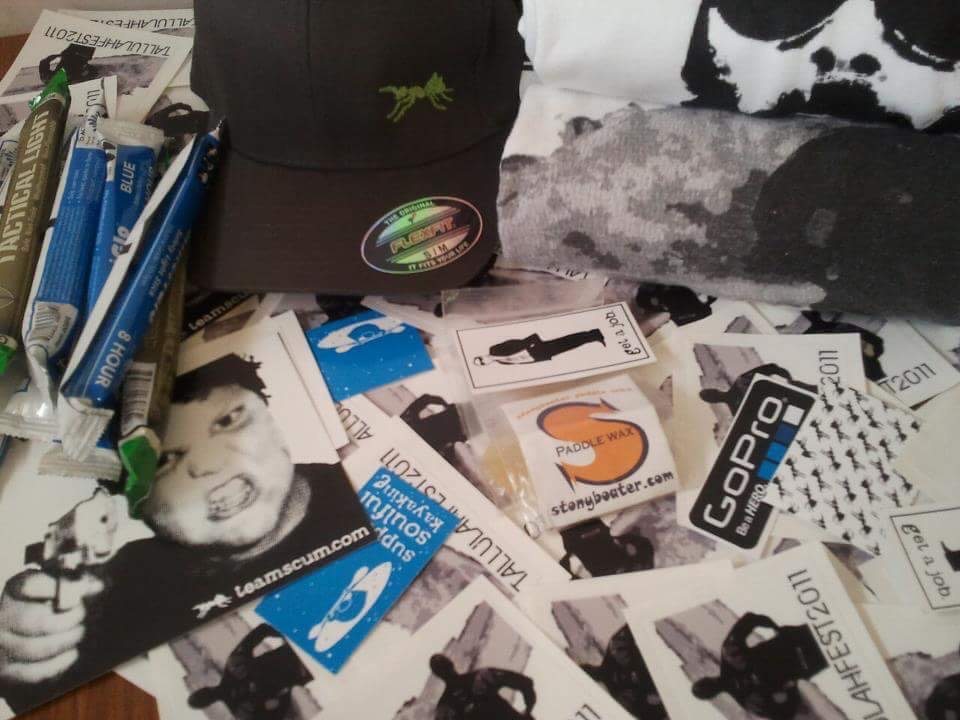 Al: Chattooga
DBP: What boat or boats are you currently paddling?

Al: Not paddling much these days but there’s a Jefe and a weird riot surf boat out there in the pile that gets dusted off every now and again.
DBP: Why did you choose the ant as the main logo?

Al: I like the ant as a gadfly-esque symbol – sort of antagonistic but structured and organized – I see the ant as this often overlooked insect that’s everywhere – in your kitchen or on your leg and it just gets brushed off and still keeps on trucking and sometimes it stings but it doesn’t hurt that bad.
DBP: So each Penrose shaman is unique, can you describe the silk screening process used to create it. Number of screens used etc.

Al: That print was a beast – It only used 2 screens but 1 was 4×4 feet and required a 36 inch squeegee and 2 people to handle the shirt into the dryer as it was printed – We used a split fountain for both the background penrose shapes and the shaman figure so there’s lots of cool colors overlapping and blending – Since we used waterbased inks for the prints this further complicates issues as the garments have to spend 3 minutes in the dryer – So it’s a slow, labor intensive process but the final result is totally worth it.
DBP: Tell us about how you got into kayaking and your first river experience.

Al: When I was 20 years old my dad took me and my brother for a weekend rafting trip on the Nantahala/Ocoee – coming from south Louisiana we had not had exposure to any of this stuff before – I was wrapping up a waste of good years in college and was looking to get into something else and this seemed like a pretty good option at the time. So I got a job cooking breakfast at the NOC and went into full time scumbag mode.
DBP: Name a historical figure you’d like to hang out with and why.

Al: Currently I’d say Han-shan – if you know who this dude is no need for an explanation.
DBP: The teamscum YouTube channel contains some great footage, but hasn’t seen any updates in a while. Any plans to fire up any new material?

Al: Nope – most of the videos on the youtube channel are entries from the Homegrown Photo/Video contest we used to put on at the Chattooga – we don’t do this event anymore and I really don’t have any interest in action sports videos at this time.
DBP: You guys inspired me to check out Sun Ra. Interesting stuff, but when it comes to jazz I’m still more of a bebop guy. What have you been currently listening to?

Al: At this point we just wait until something jumps out – A colorway, a photo, and stupid idea, whatever – No one sits down with a blank page and says let’s make a teamscum shirt – it just comes from the stream.

Interesting things to ponder while I waited for my order to arrive. It didn’t take long before an envelope printed with a shaman image showed up on the stoop. I was immediately pleased. I figured there would be some stickers thrown in and there was, but they threw in a hat pin as well. The shirts were way better in person than online. The detail put into each shirt doesn’t fully translate into digital photographs. I really like that they are tag less. T shirt tags are easily one of the worst first world problems in existence and I appreciate teamscum’s efforts at eradicating this problem. The fit and feel is great right out of the box.

The shirts I ordered are 100% cotton. Normally I would accidentally shrink the piss out of them until they fit like a sausage casing. Instead I found myself googling laundry care questions, so as not to alter the fit.

Anyway, I’m going to wrap this rant up by suggesting that if you are in the market for new shirts and are tired of the same old shit, then check out teamscum. Oh yeah, they do beanies, snap backs and assorted other goodies too.

Until next time, keep your head above water and safety in your mind. 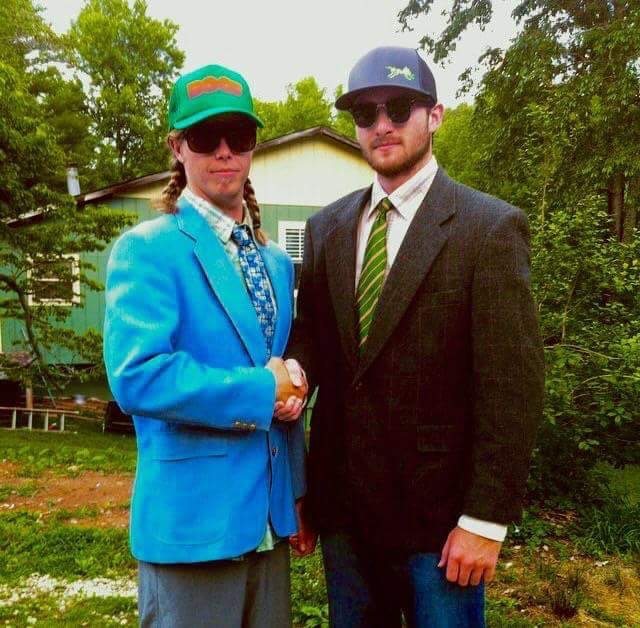 Throw our brothers some love!

2 replies on “THE DIRTBAGS OF teamscum ~In a Crowded Marketplace, These Shirts are Unique. by Joe Mayer”

was gifted a Team Scum beer coozie by my giner-brother-from-another-mother and DBP admin Linc Stallings…sadly, the coozie ran away on a disc golf adventure at the old Songer course just north of Fayette-Nam one Gauley weekend a few years back…have a great photo of said DBP admin at a prom party with a “scumbag” wife-beater style tank top under his sky blue tuxedo…I have appreciated the work of Team Scum for more than a few years and it was a great read and write up…will try to get Linc up and around the end of Lake Michigan to land of cheese, brats, and some of the best white water in the mid-west…til then…one river..one love…

Enjoyed every bit of your article.Thanks Again. Really Great.