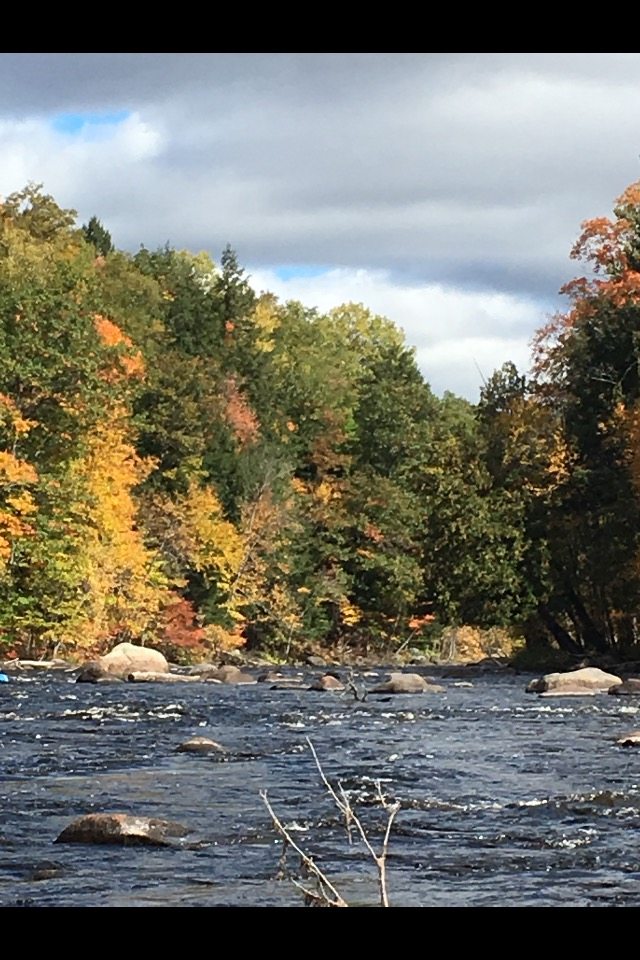 FROM THE EDITOR’S DESK:
October has come and gone, and the leaves have turned our riverscapes into glorious red yellow and orange cathedrals. We crisscross around the globe bringing you a photo spread that highlights this spectacular show put on by Mother Nature, from our Admins around the #DBWorld! Enjoy! 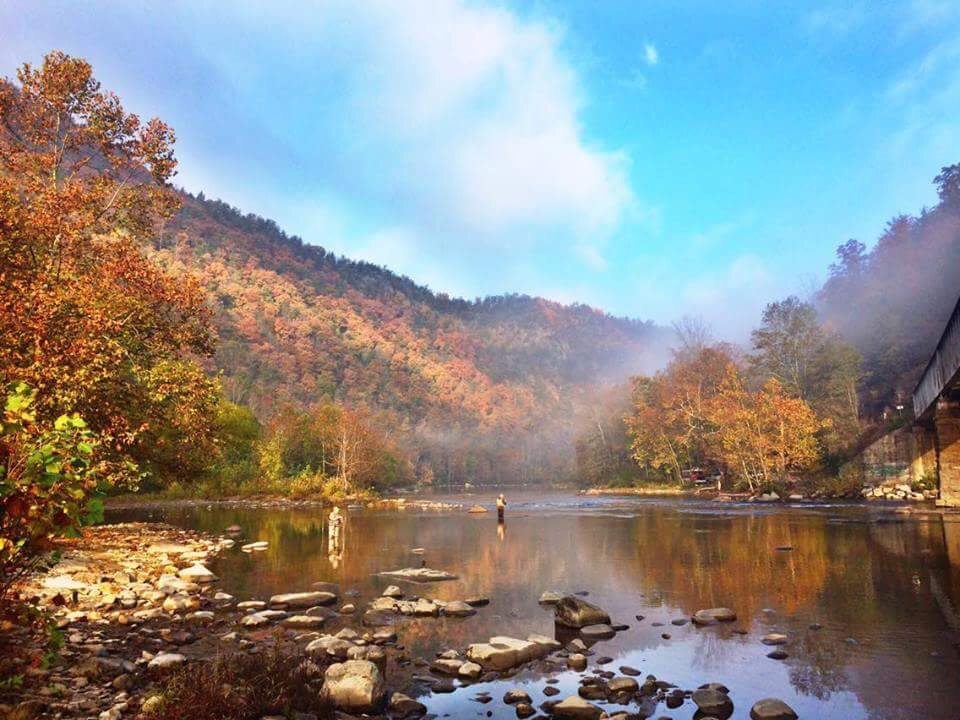 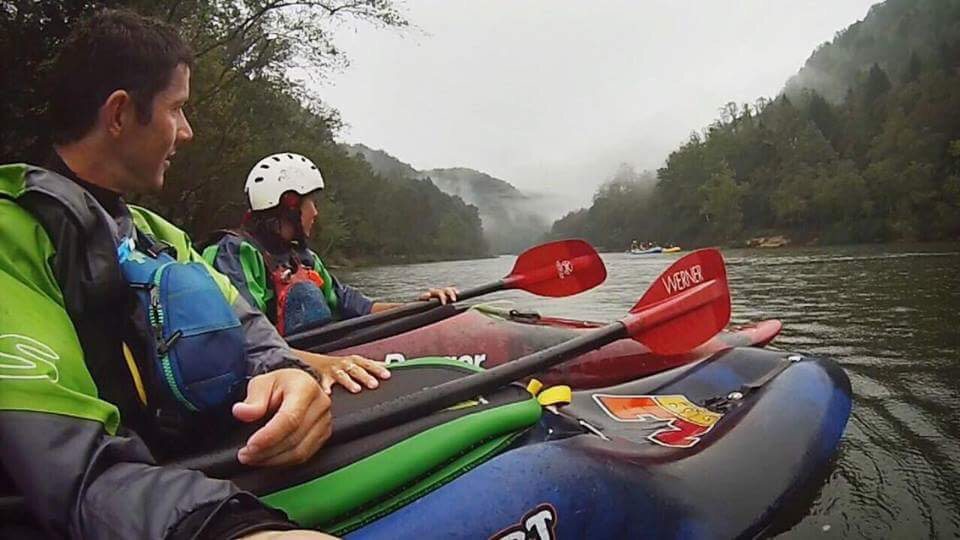 We start off with two shots from Tucker Wright, enjoying with some friends the scenery down south from the cockpit of his kayak. 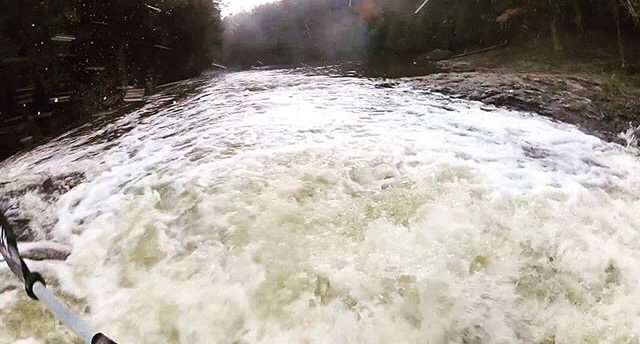 Jake Ring earned this shot from his boat, paddling in the Northwoods of the Upper Peninsula of Michigan. 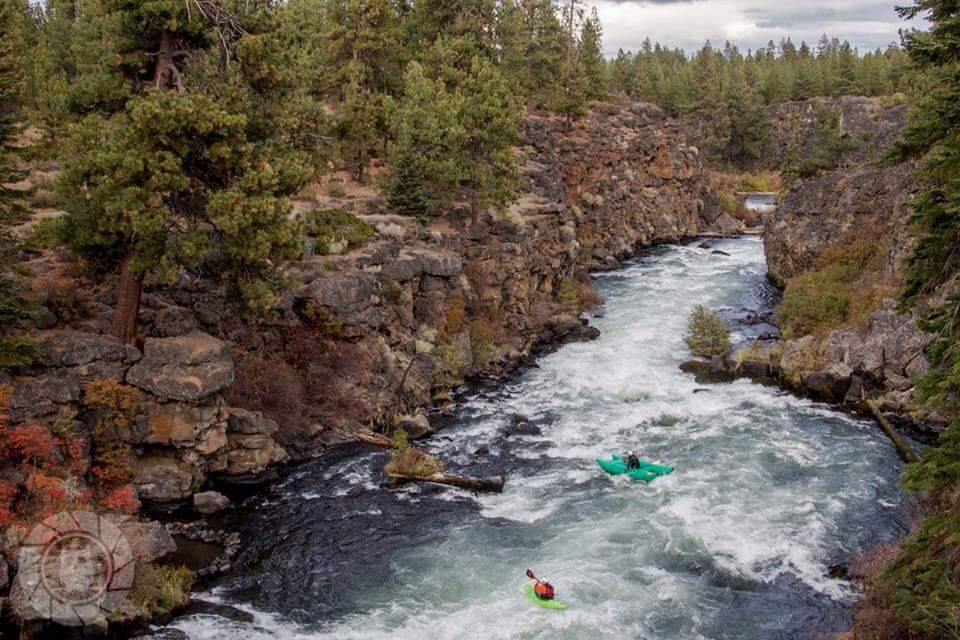 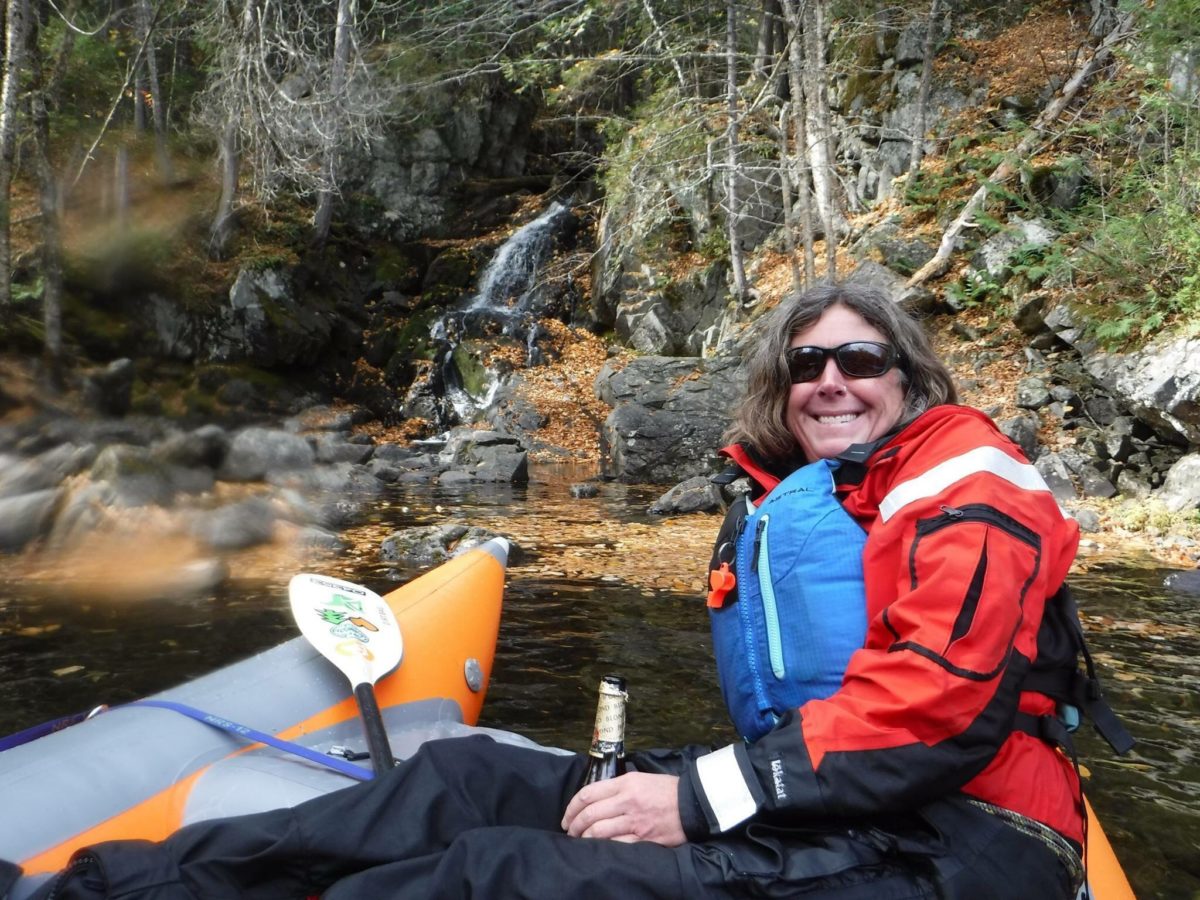 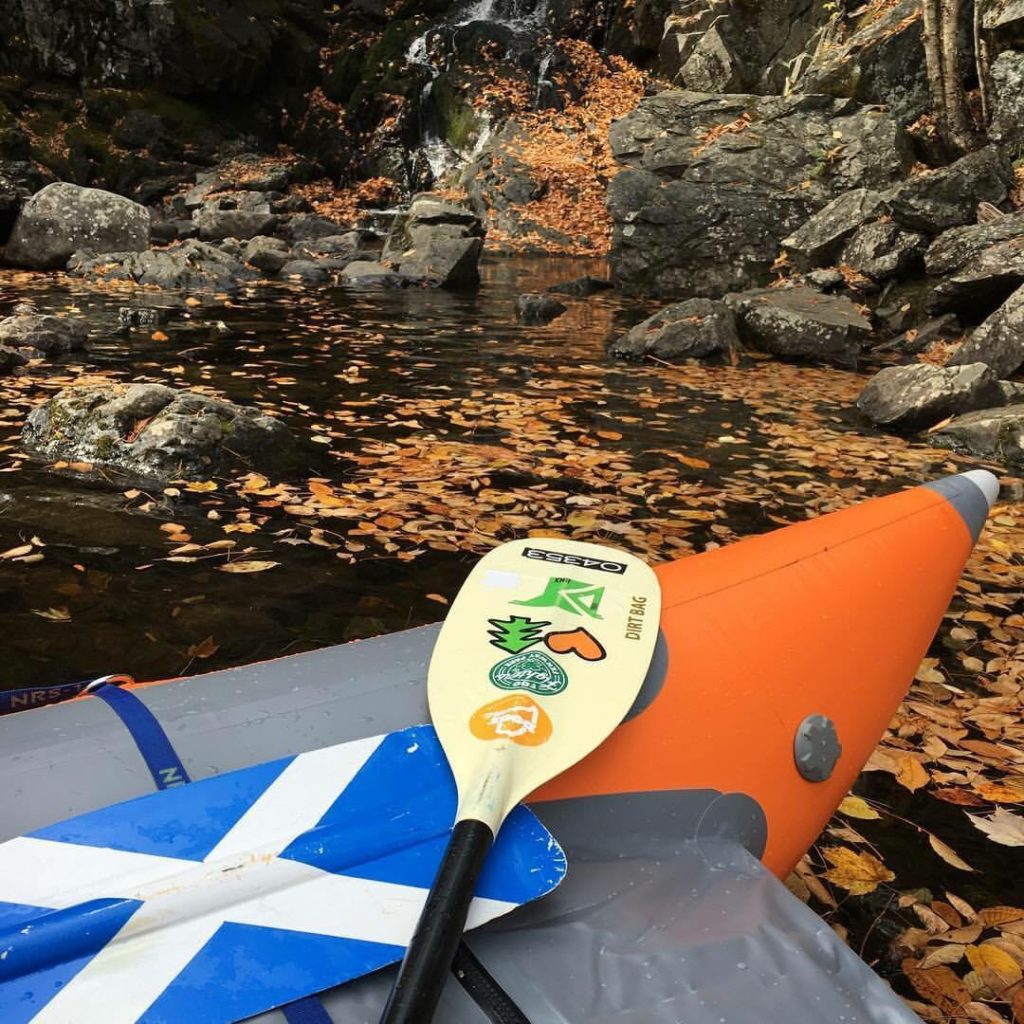 Now up to Maine, where Beth MacKenney got to enjoy a day of proper dirtbaggin’ and shooting photos of the leaves. Why rake when you can play? 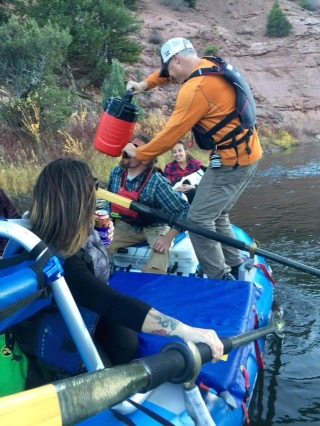 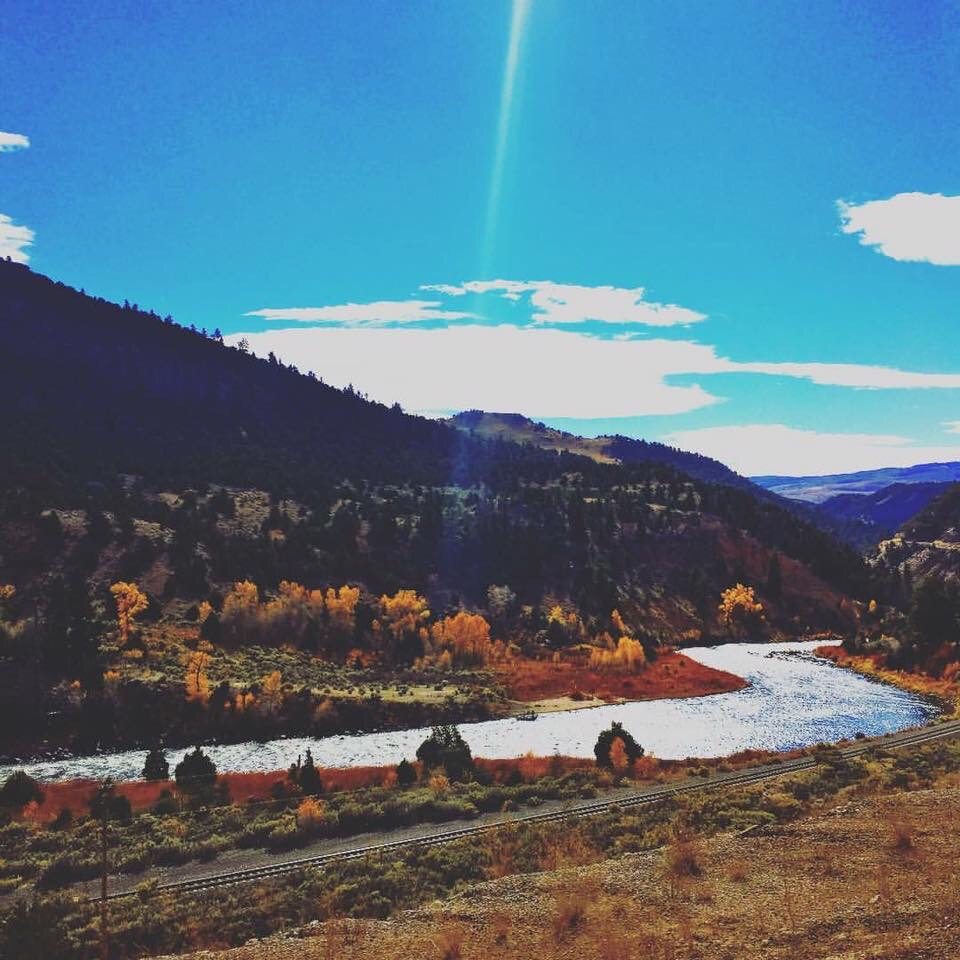 Out in Colorado, Tony Glassman and friends were also doing some high-class dirtbaggin’! His friend Courtney Bonson captured this epic shot of the mountains in October. 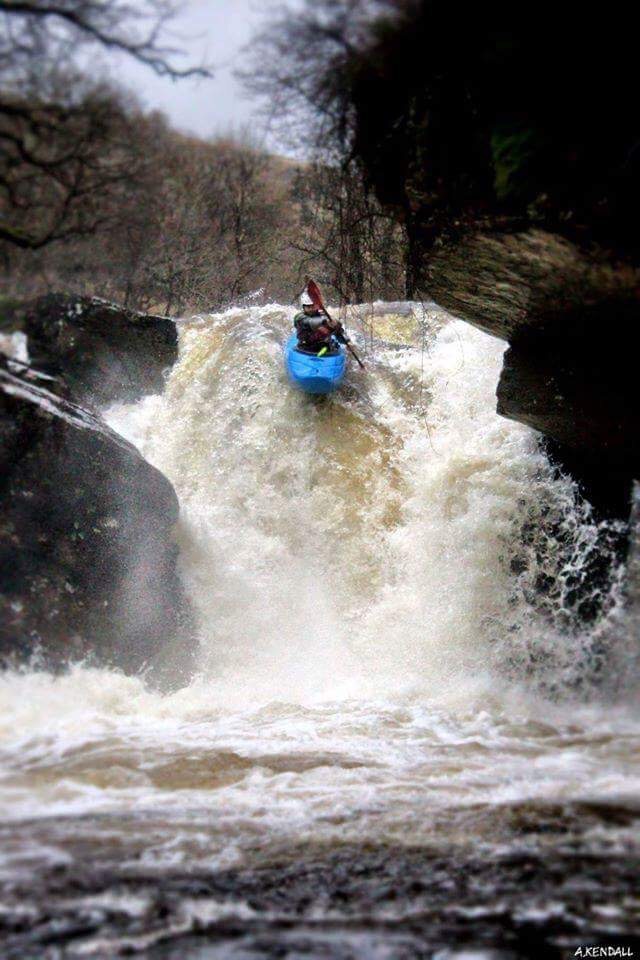 Across the pond, Aaron Kendall was sending stouts in the UK. Tune in tomorrow to see more from our guy (hint: he’s the cover boy for November!) 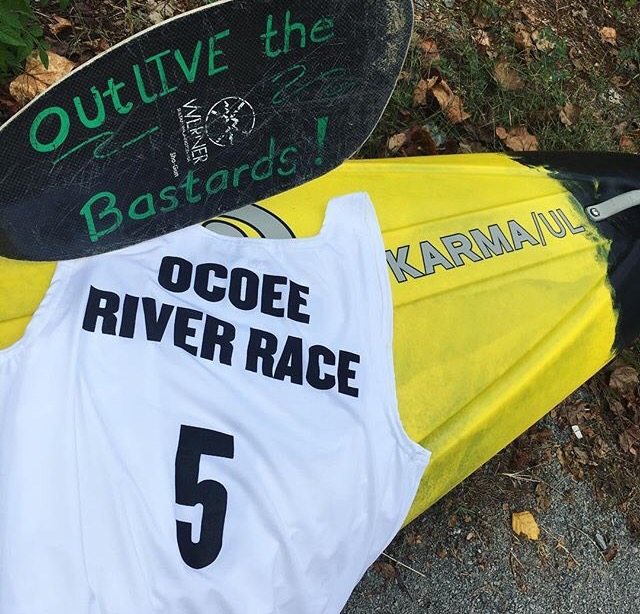 Rachel Elise got this shot from the Ocoee River Race moments before her tandem partner Joe took off on his solo lap. They ended up on the podium! 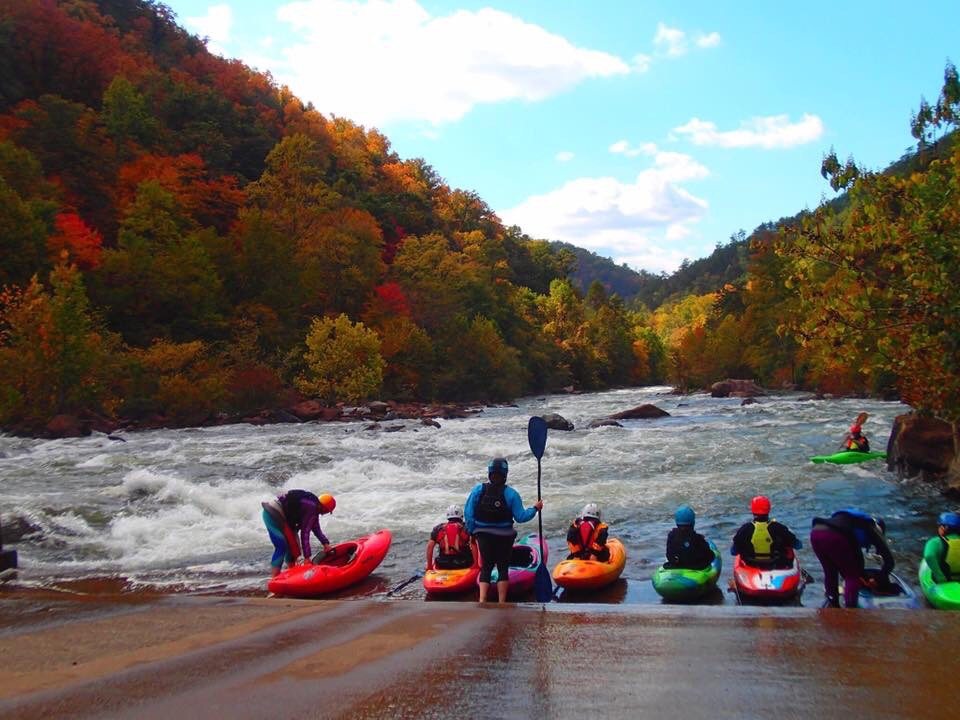 Lauralyn Chrisley also submitted a photo from the Ocoee, a colorful shot of the TVCC Ladies Trip shot by her friend Stacy Stone. 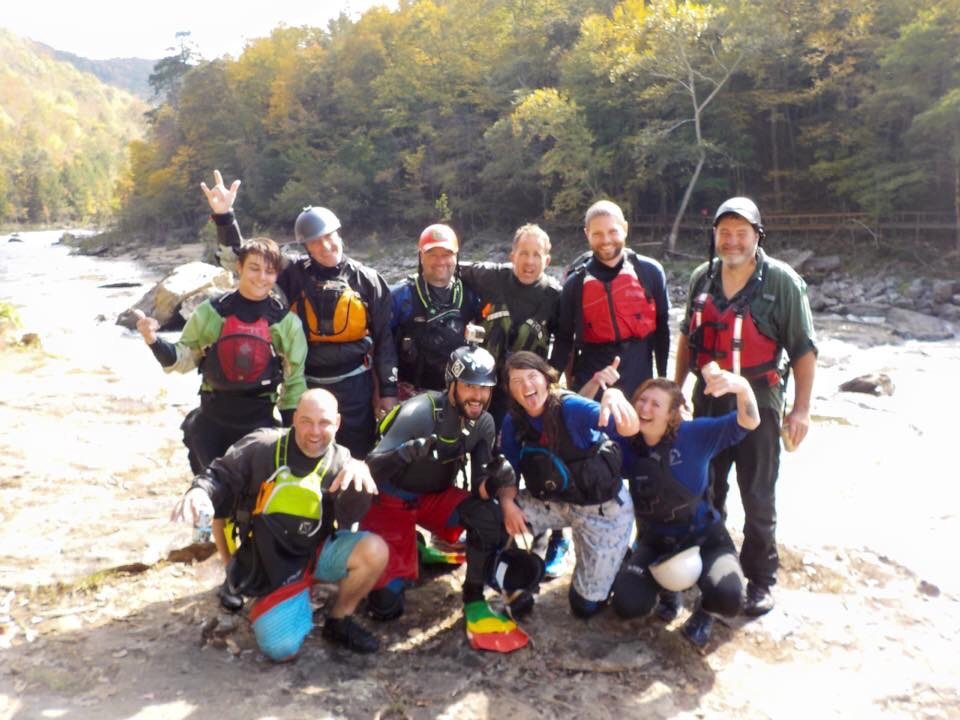 Joe Mayer hooked up with a stout crew, including his son Jake, and Admins Sonia Claire and Asaf Arad, to run the Upper Gauley in West By God Virginia on the last weekend of scheduled releases. Asaf has been touring North America, scoring riverboard descents on as many of the classics as he can. (He filed a report from Wisconsin and Canada earlier this month here in the Mag.) What an adventure!

Speaking of the Gauley, Kelly Gladen has been getting an insane amount of laps in this year, both above and below the surface- #Wallace! This shot is from Koontz Flume on the Lower Gauley (shhh… It’s Secret Season! Yes, it’s still running!!) 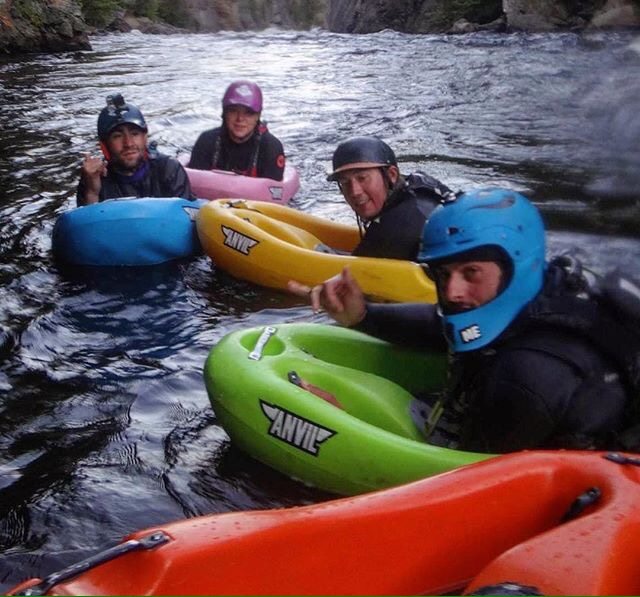 And speaking of riverboarding… We swing back up to Maine where Caitlin Richard and Mike McVey got in this shot of Anvils out for a rip. Now THAT’S colorful! 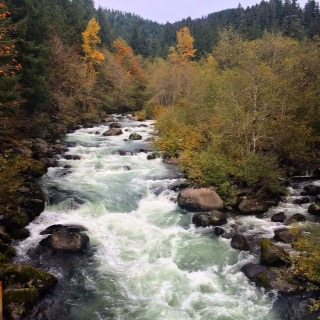 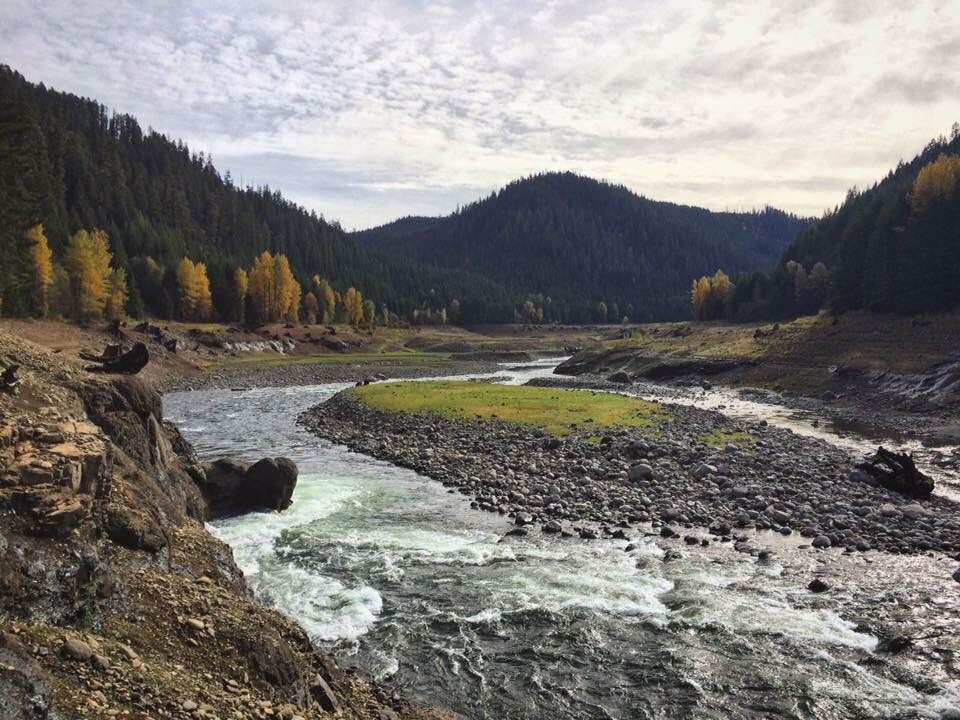 We head back out to the West Coast for a few shots from Clinton Begley. The first photo is Miracle Mile on the Willamette River, and the second is the takeout (rather fitting for this article!) on the Blue River, both in Oregon. 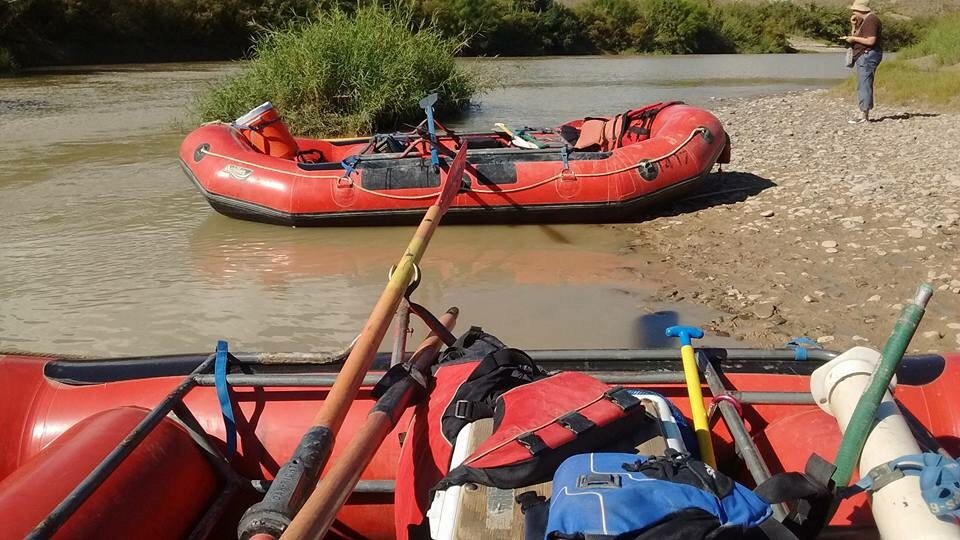 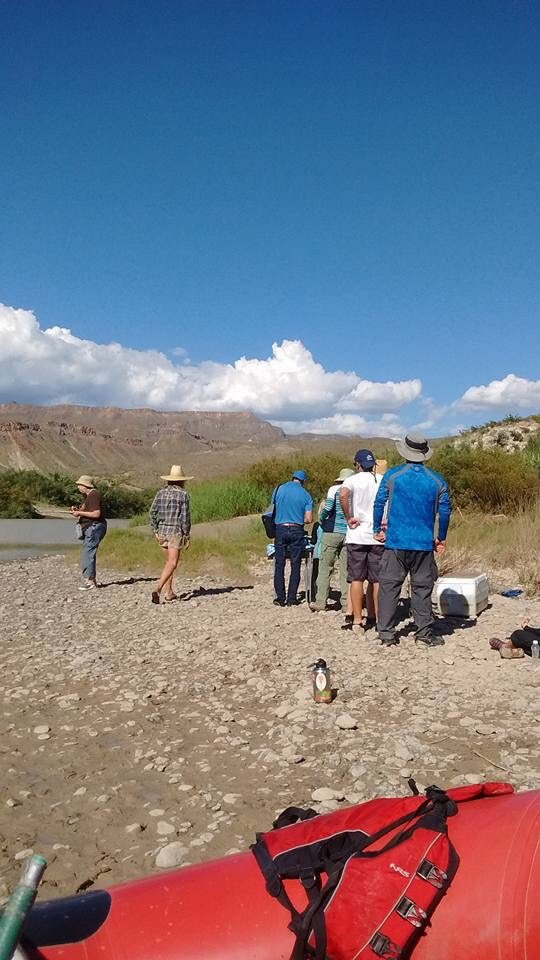 Down in the desert of Texas, Lisa McJunkins has escaped the cool temps for some rafting at Big Bend Ranch State Park. Beautiful colors of a different variety! 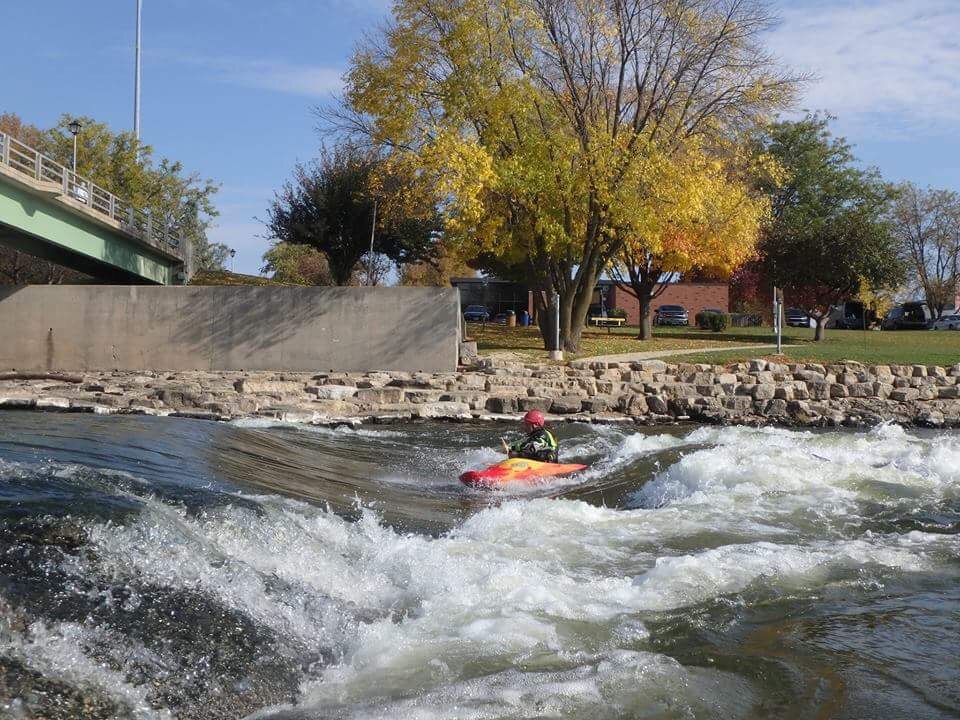 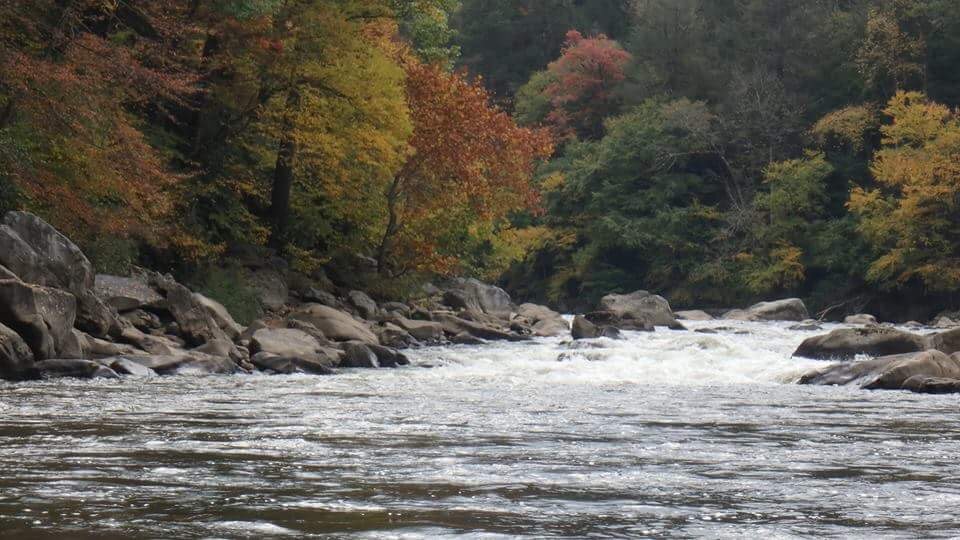 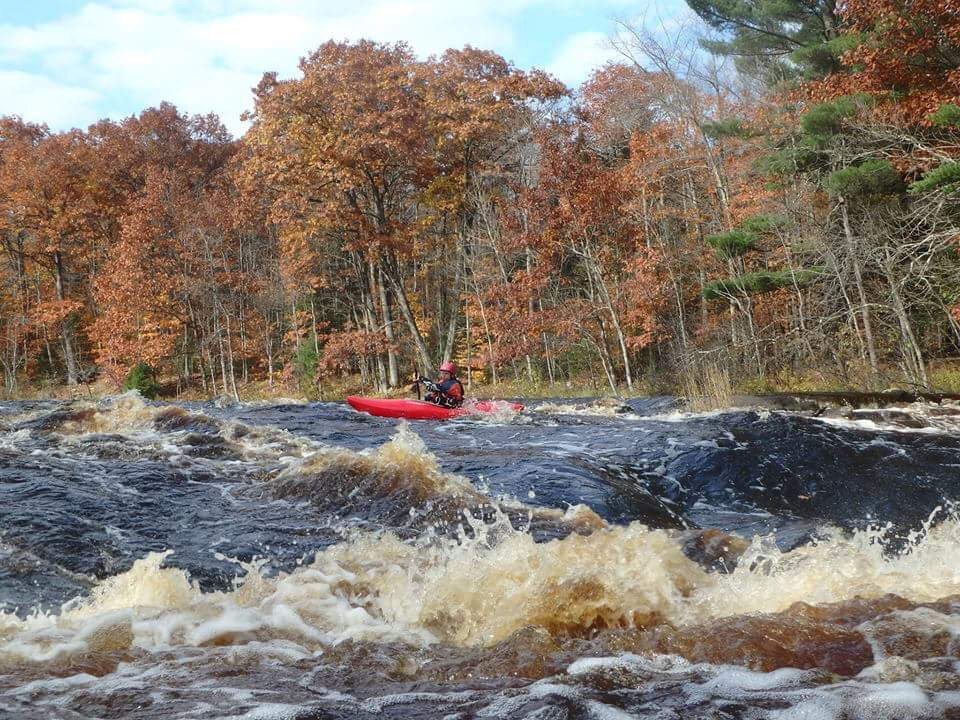 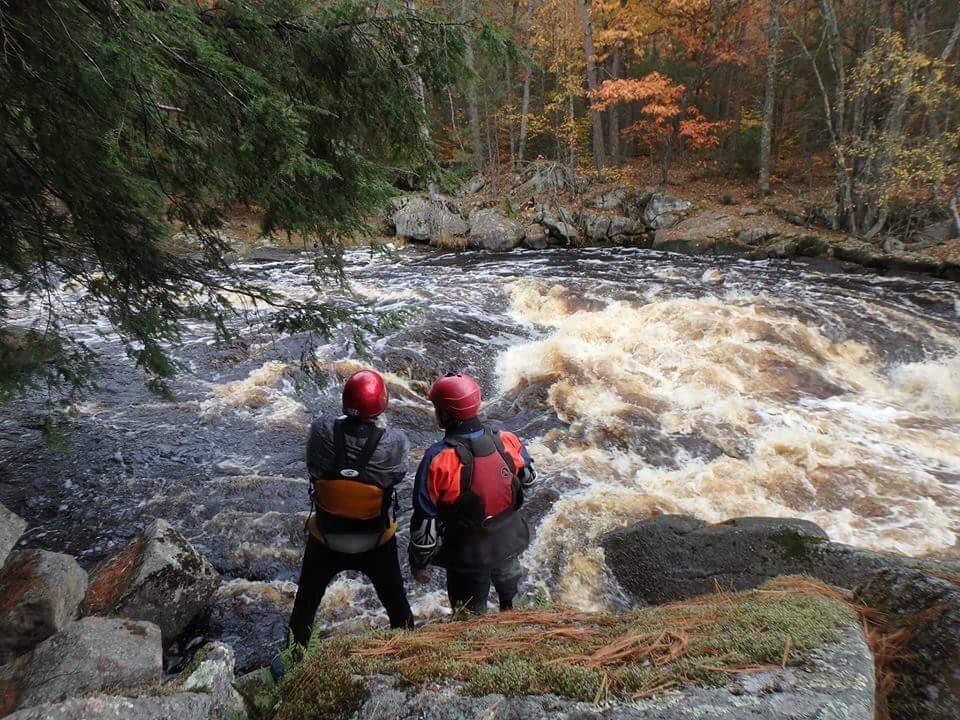 There’s no shortage of water up north though! Hannah Ray has been escaping all over the place, and getting some epic autumn photos to go with great levels. The first shot is from her hometown playspot in Charles City, Iowa. The next two are from the Lower Yough in Ohiopyle, PA. And the last two are from a journey to Wisconsin and my beloved Peshtigo River. Hey, I didn’t even get a call!!

It wouldn’t be a proper October photo spread if we didn’t have a few Halloween photos! First we have Michelle Terrell’s daughter Gigi, all dressed up as a tiny #DBPrincess! How adorable!!! 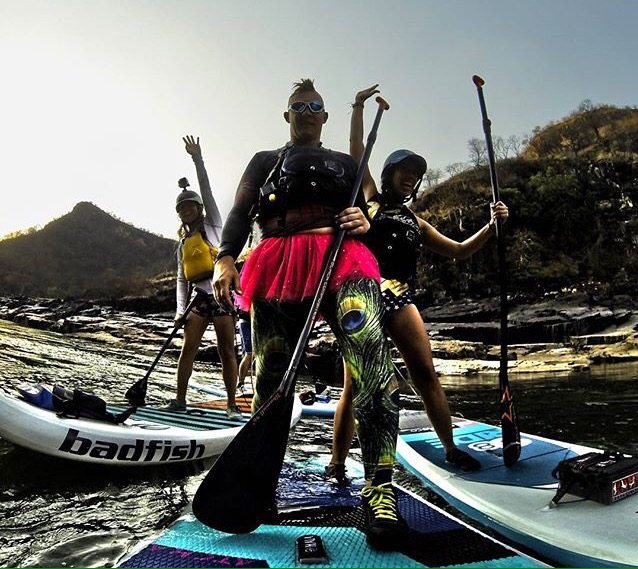 And then we have Paul Teasdale out on the Zambezi River in Zimbabwe, dressed up and SUPping with Nadia Almuti and Brittany Parker. (Not sure if adorable is the appropriate adjective here!! Hah!!) Paul has assembled a crack team of athletes to highlight the plight of rhinos that have been left motherless by illegal poaching, and they are SUPping this mighty river over the next few days to raise money and awareness. Their special Facebook page is StandUp4Rhinos, go check it out, give them a like, and donate if you can. 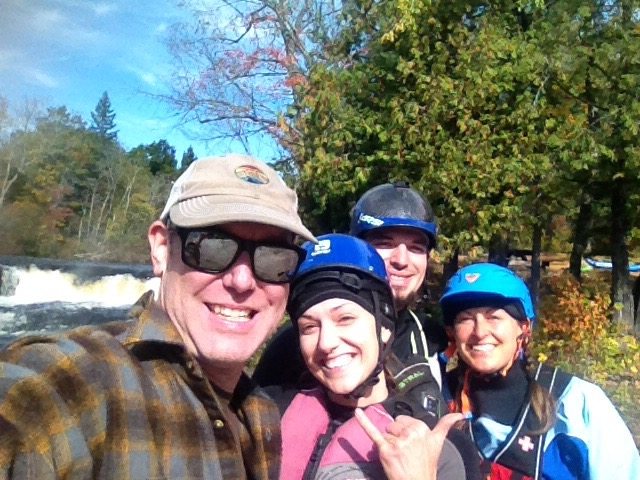 Last but not least are a few shots from yours truly… The first one is from our volunteer cleanup effort that I organized on the Wolf River in Wisconsin a few weekends back with fellow Admin Rick Klade. We paddled Section 4 on the Menominee Indian Reservation, picking up trash along the way. In a sense we were glad that there was only five full bags of garbage that we gathered; it seems that folks have become more sensitive to packing out their trash than in years past. What was troubling was that half of all we gathered was at the very end, at the base of Big Smokey Falls – most likely because it’s the scene of major Wallacing! There’s probably lots more just downstream… Mostly we pulled out old shoes and water bottles from the river itself, and cigarette butts from the put in and takeout. Much Thanks to Ralph and Margaret for obtaining free passage for our group from the Nation; it was an honor to serve them and give back. Look for another event next October! 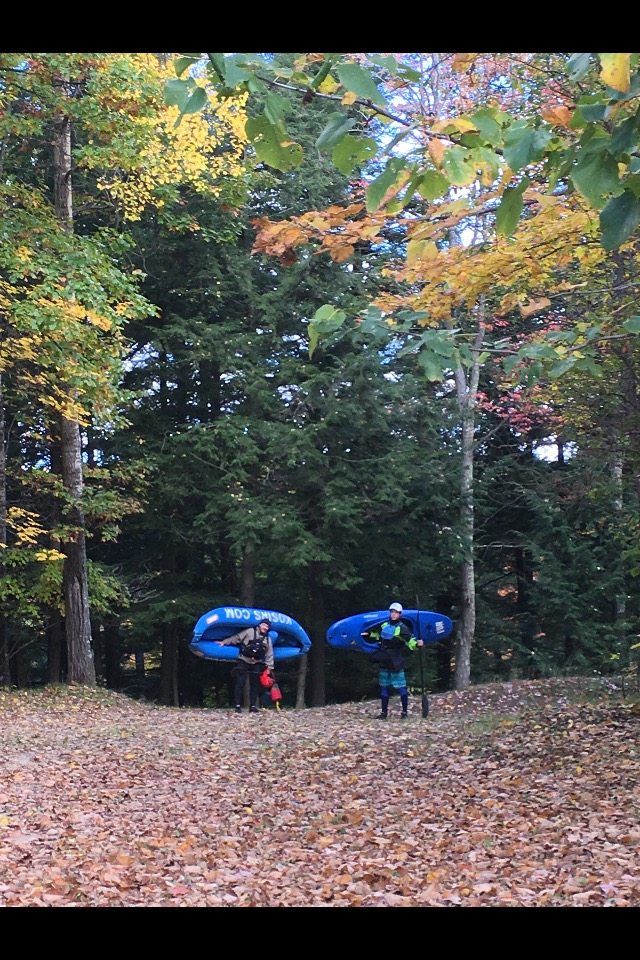 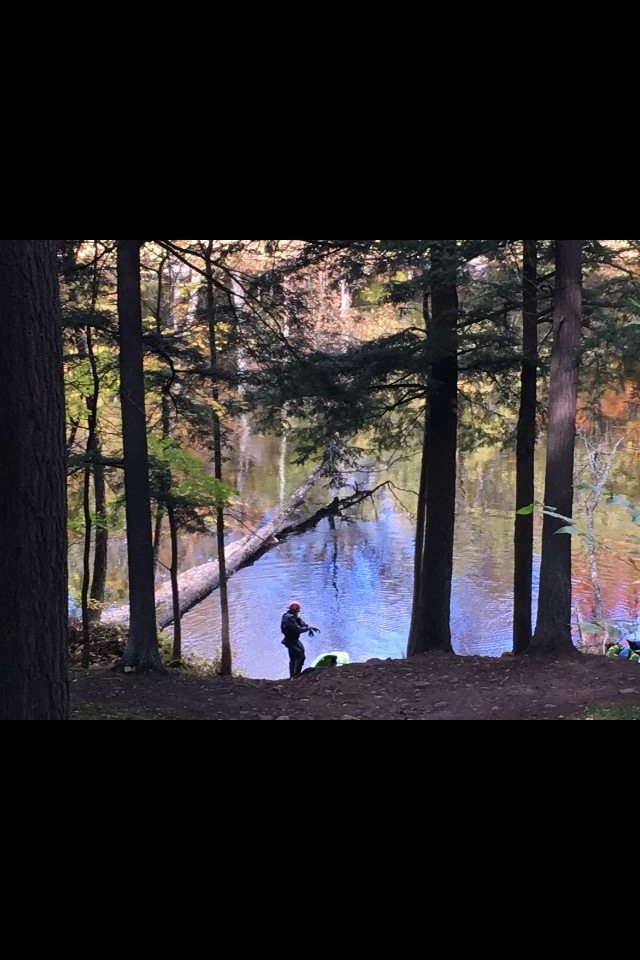 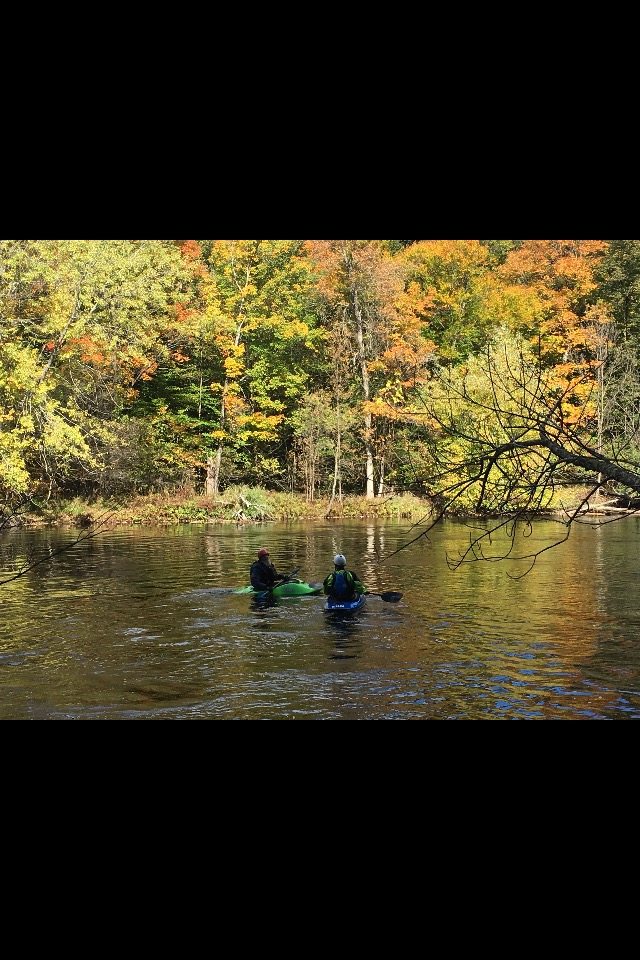 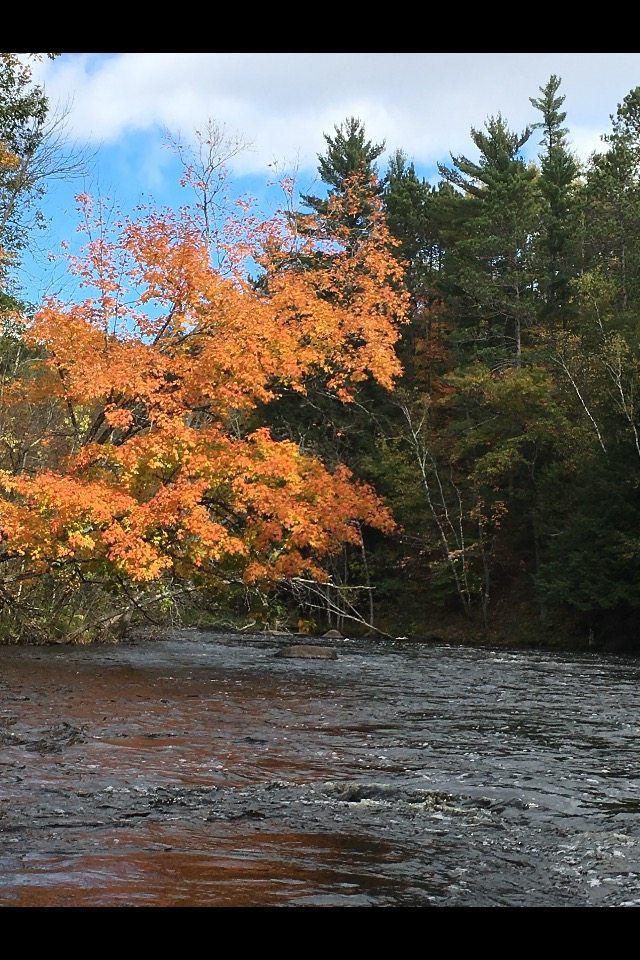 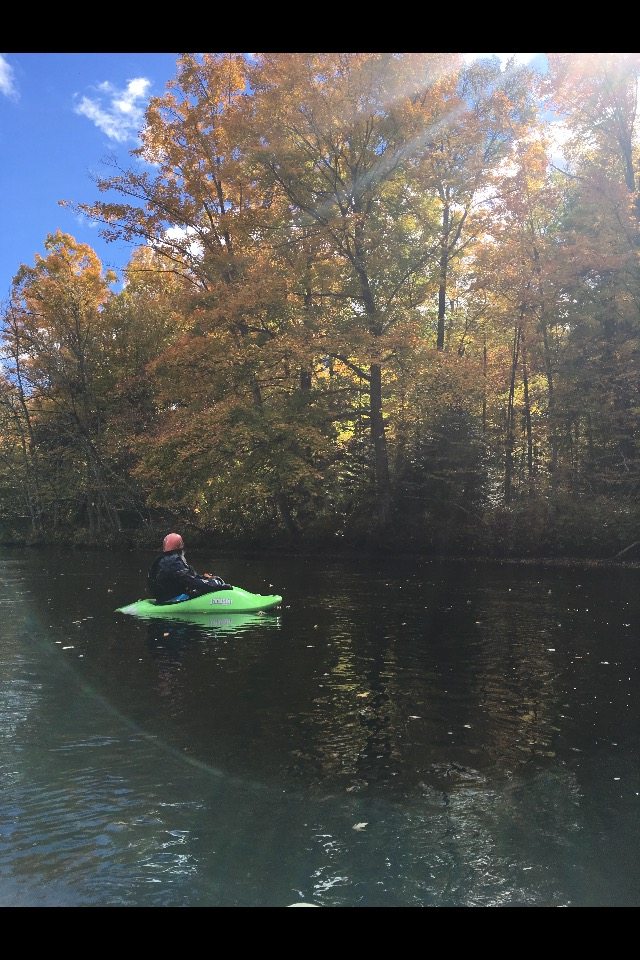 And the next day, we travelled over to my home river, the Peshtigo. (The first photo in this article is from that day.) Every year I delight in taking a quiet trip through the colorful forest, far away from the summer crowds…. This year I was stoked to share that experience with Rick, Ryan Hagen and our guest Michael Potter.
I hope you got a chance to do your own color tour, perhaps catch some high water, maybe dress up for Halloween, and even do something good for your local community… And most of all enjoy the company of friends both new and old! Till next time! CHEERS!!
Mike Toughill