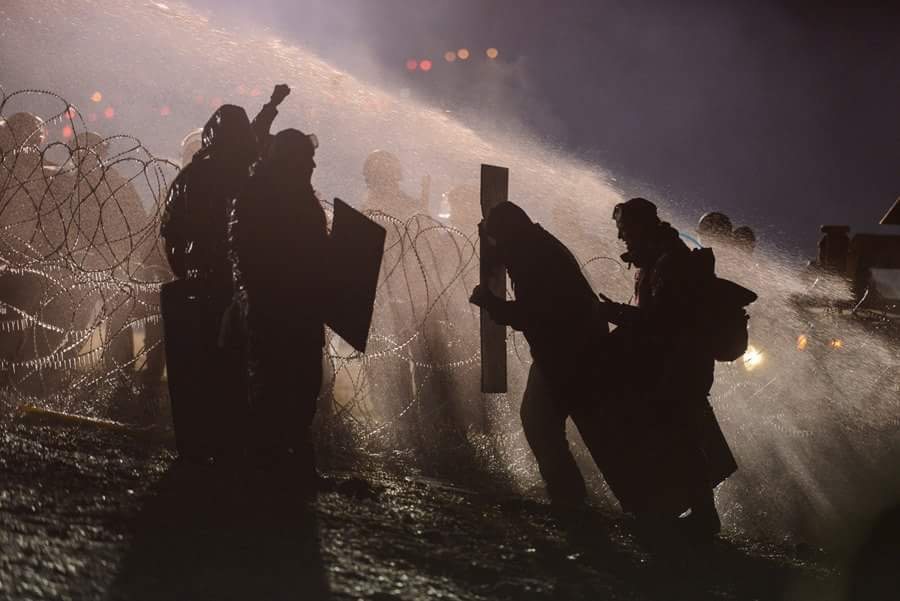 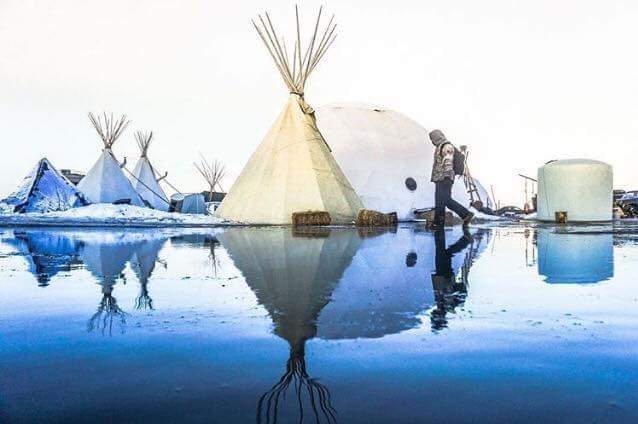 He stands, quiet leaning against the War Pony, looking out over the camp with a faraway stare, seeing the past five months of who and what he is now like a movie playing in his mind. I didn’t understand, couldn’t understand until I got here, the phrases “there is no time” and “that’s old news”. I didn’t see the world the way it is here, all too safe and secure in my white-bread existence. 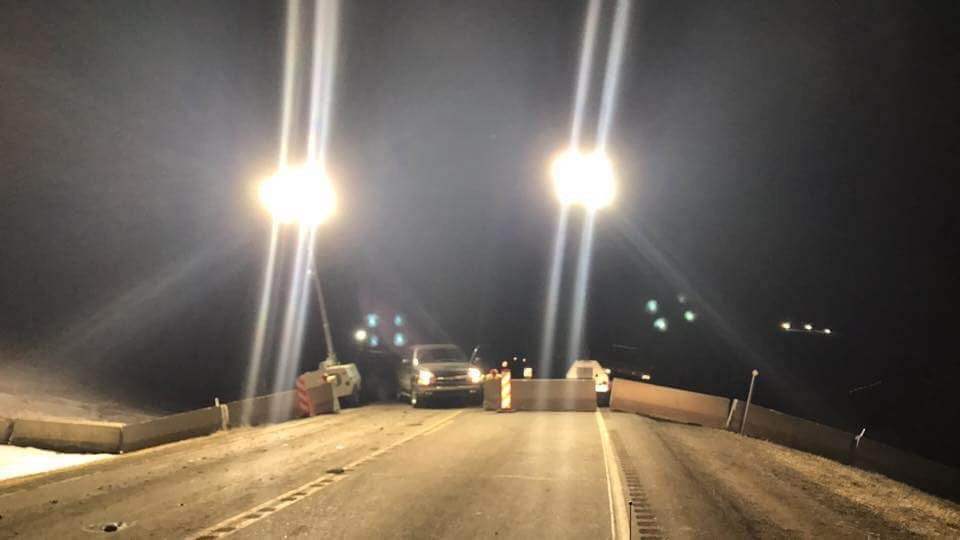 The first thing that hits you is the 800mhz hum of the lights. Doesn’t matter, day or night it’s a constant pulsing annoyance of white noise that reverberates in your bones. Then you realize you are standing in virtual twilight at 2 am. I didn’t need a flashlight to walk, I can see plainly only a few things in shadows. You stand in a ring of bright light, no wonder the camp is wide awake at 2 am, circadian rhythm is long ago disrupted, and sleep only comes when exhaustion has replaced all other options. 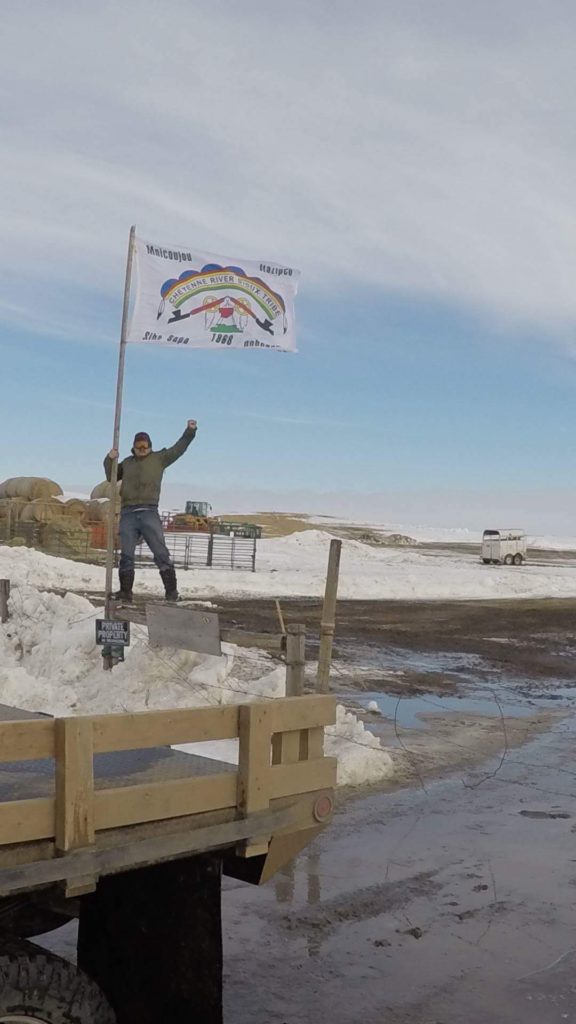 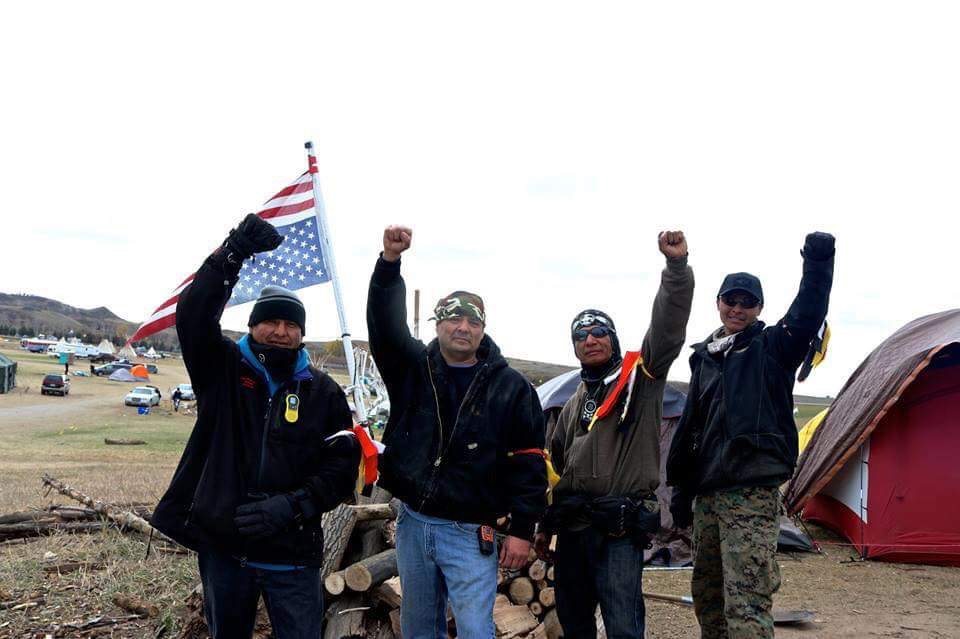 Suddenly those things that make you feel secure in your existence are brutally ripped away leaving every nerve raw, every sense on instant alert; you feel you are in danger the moment you step into camp, and at the same time you feel more endangered when you leave it. Stockholm Syndrome provided by Energy Transfer Partners in abundant supply.

What was once a small city is now reduced to a village of a few hundred trying to hang on to what is left of both the dream and the cause they embraced on arrival. Most of them have been here for months. These are not the weekend warriors, these are the Water Protectors, the front liners, the ones who have seen too much, and done too much to walk away. The Committed. They protect each other, encourage each other and are bonded in a way that is beyond what I have ever seen or experienced before. Twenty five years of activism didn’t prepare me for this. I am an amateur. 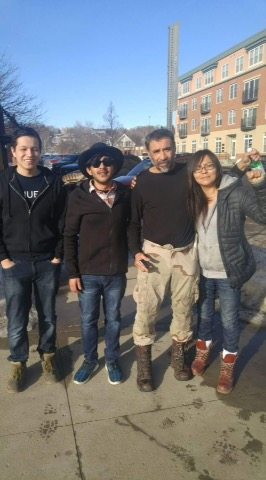 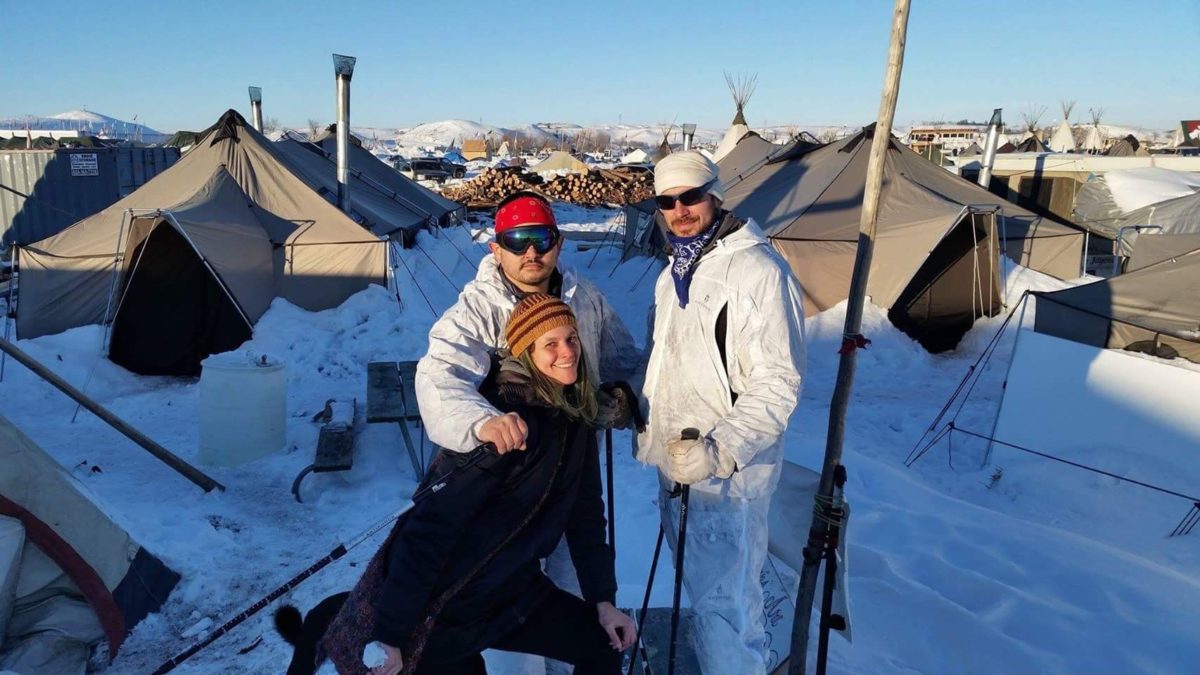 I’m safe, in the company of this person who I know would never allow any harm to come to me, and at the same time is somewhat fascinated at my Naiveté of how it works here. He has long forgotten the simple pleasures of a meal and hours in front of the TV. He no longer understands the simple comforts of quiet companionship, these suck up time he does not have. Conversation is reduced to skimming for facts and there is little recreational speech even among the protectors. Time is relative to the task, it has nothing to do with a clock, or with the laundry lists of life. Priorities are managed on the fly, and the needs of one may take over the needs of many in an instance. Self-care is nonexistent, the camp functions as a hive, the queen being the Water; she dictates everything. Family is now comprised of every person in the tribe and self is not to be indulged. Time is the absolute enemy. 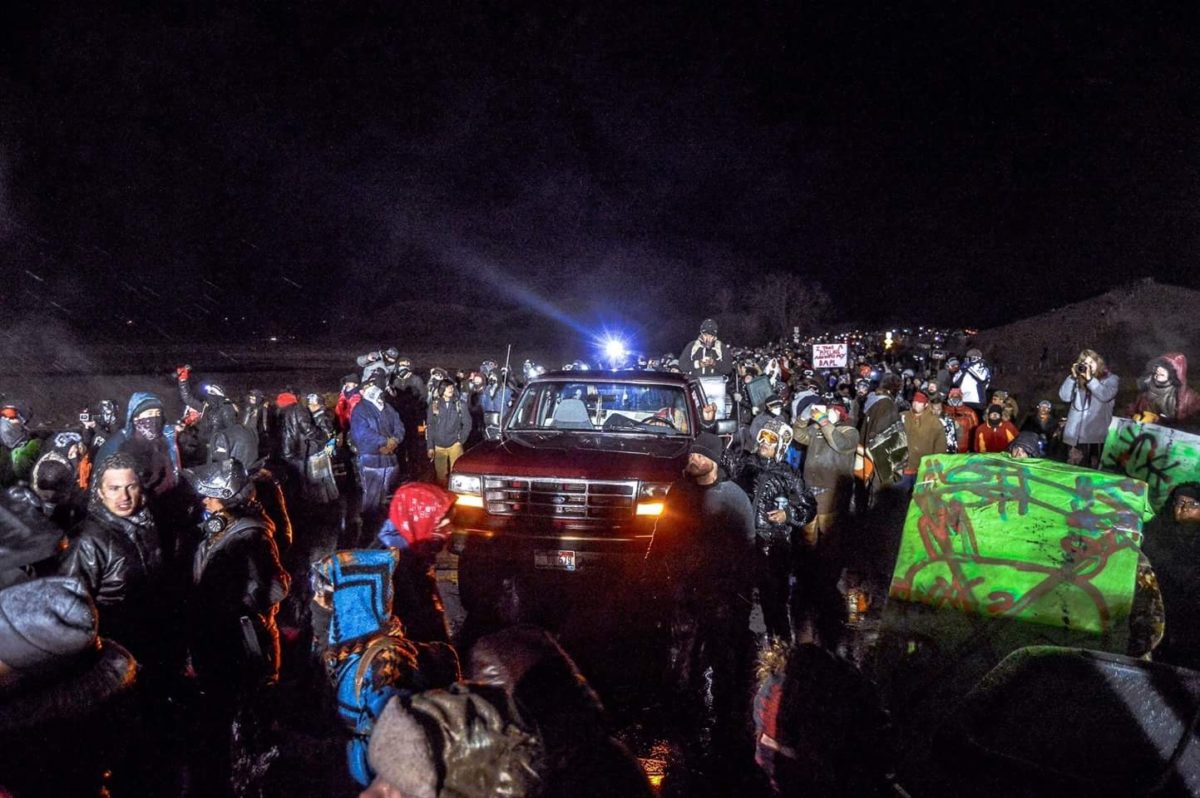 The camp is in cleanup mode with a forced closure hanging like a death sentence over everyone’s head. It’s palpable. Those who remain work 10 to 12 hour days, sleep a few hours here and there, eat once a day, sometimes, sometimes not for days and then do it again. They don’t complain, they don’t fuss among themselves; they work like a machine, with purpose and efficiency. There is no pay, the reward is the protection of the water, the source, and the creator. That is all, each person is on their own path, but at this moment in time all of those paths have converged on this place, for this purpose.

I sit and observe on my first night here, while for hours into the night work goes on around me. I learn immediately that there will be no sleep any time soon. The radio cracks with demands beyond what a single human should be able to accomplish and yet it gets done. Priorities in motion, each one designed to either get someone to safety, or to the next task. I ask what happens next and am told, “I go where the creator sends me.” It seems vague but I come to realize quickly that this is a statement of fact, not an avoidance.

I’ve stepped into a twilight zone episode, a war zone of complete impossibility. I’ve been to many protests over decades and never seen anything like this. The commitment of these people is beyond anything I have ever borne witness to and the desire of the other side to see them utterly destroyed at any cost is more than I can comprehend. 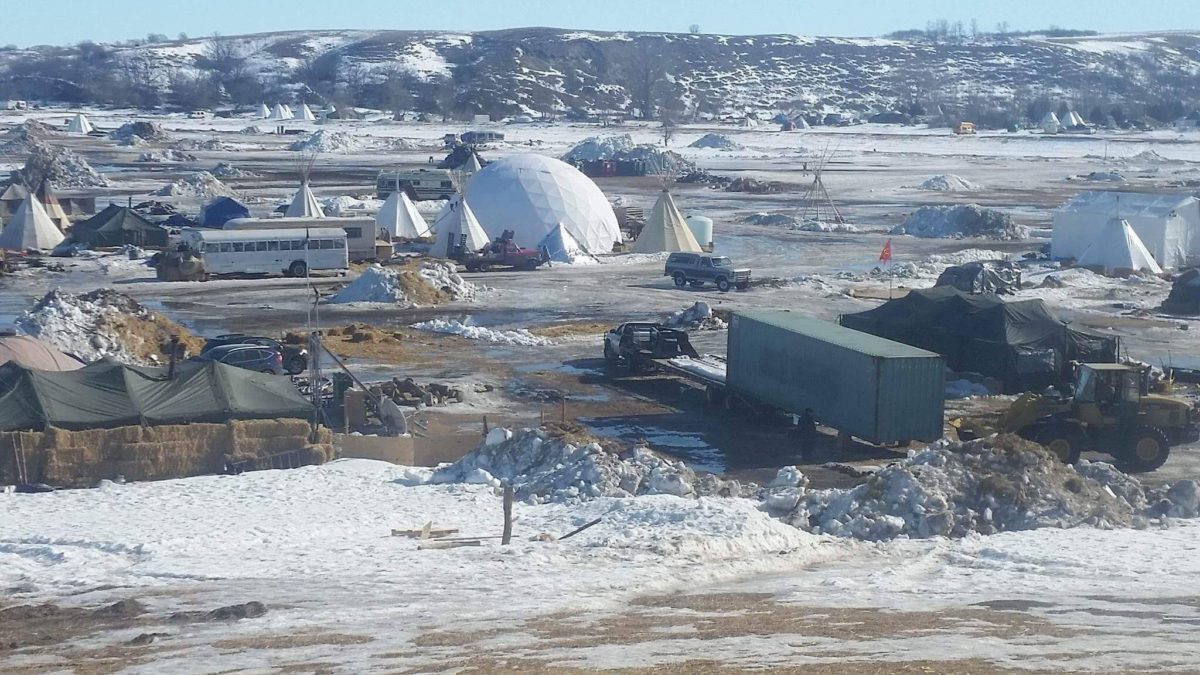 The light of day brings the realities home hard. The camp is a block of ice, people are working with pick axes and shovels to dislodge belongings and shelters from the ground to be moved to safety in the new camps. A skip loader drags a path to create a frozen road for trucks and cars to maneuver in and out. There is a young protector with a dog at the security gate, he stops and smudges everyone who enters and leaves the camp, to somehow mitigate the negativity that is surrounding this place like a blanket. 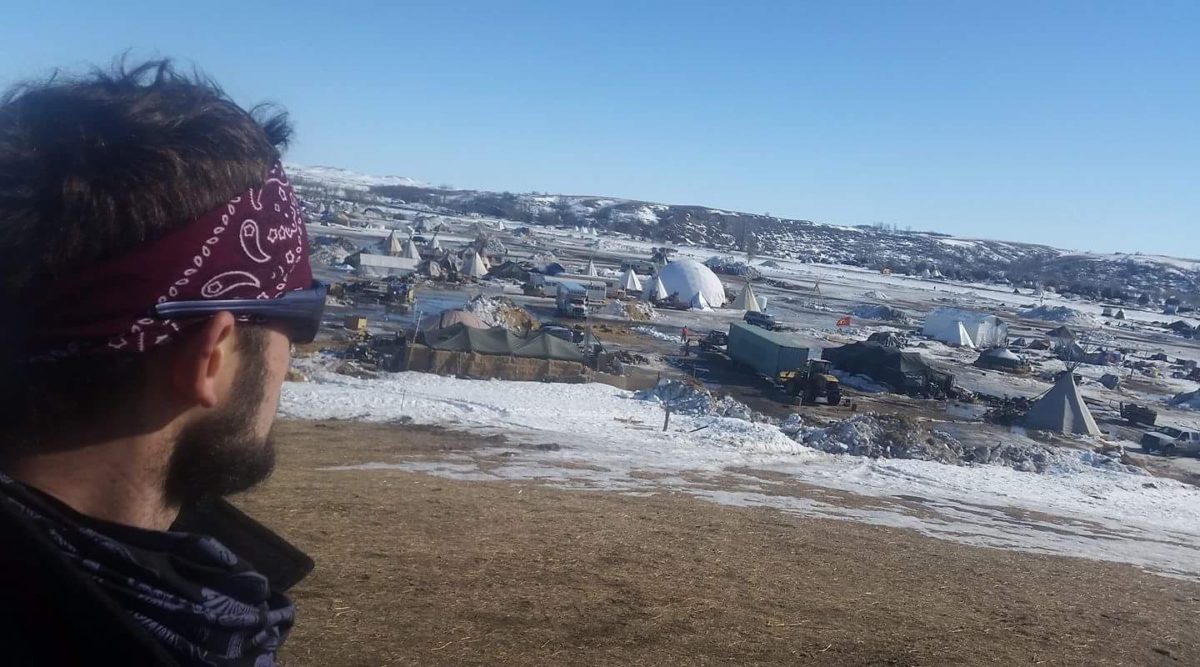 Just a few hundred yards from the gate is a cement barricade; the hills surrounding the camp are alive with military vehicles and those infernal humming lights, even during the day. A helicopter hovers like an annoying wasp and police drive up and down the road or are parked here and there along the sides, watching, and waiting like a cat with a mouse to pounce. There is no reality in this nightmare and yet you cannot wake up. 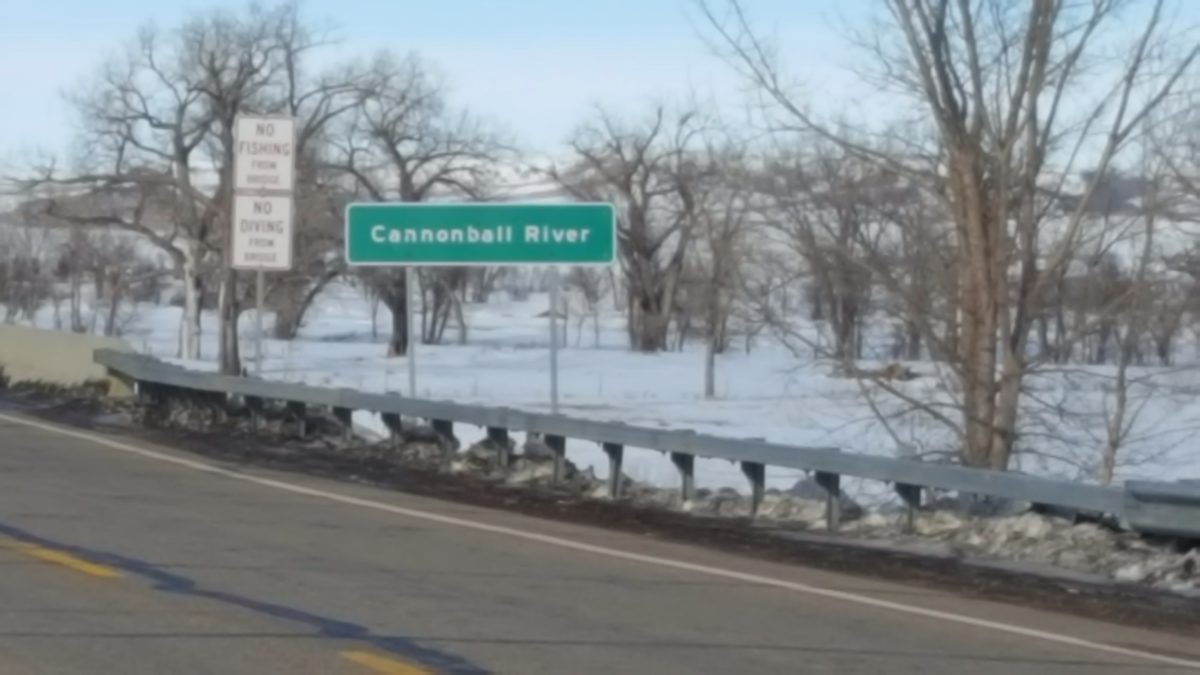 I feel completely useless and that I have no purpose or right to be here. There is no one giving direction, you must find it yourself. There are no leaders, organizers or other people in charge, each person must be in total control of their own self. I am lost looking for direction that does not exist. I am gently told, “the ones who help the most don’t ask, they just do”. These feelings of inadequacy are soon dispelled by the need, and the need is stronger than the individuals and my talents for organization and motivation and resource finding soon find me sucked into this unusual place. I spend two days in service, moving people from here to there, helping injured to safety or back to camp, finding a place for a shower and food for others.

In sharp contrast is the alternative existence at what is called “south camp” or the casino, here for a brief moment the people of the camps become almost human again; they shower, eat, and spend a few hours engaging in what has the appearance of normalcy. Answering emails, talking to family far away and sharing space with others who like themselves have escaped for a brief moment to share a room with 8 to 10 others, they grab a shower and a meal and collapse for much desperately needed sleep.

Here I find the company of a band of unlikely people who are the revamped organization known as Veterans Respond, Veterans for Peace and of course my band of Water Protectors. We hold the most bizarre birthday party I have ever attended where the gifts are gas masks and waterproof ponchos worn among balloons and chocolate cupcakes and candy. We spend hours engaged in discussions and discourse as to the political state of affairs and what it means to be stripped of the rights we thought were un-strip-able. We discuss the situations that some have found themselves in through arrest, and how to deal with the fact that no matter what defense is presented, it will be negated and the best we can hope for is that the worst is less than we fear.
Most of the people who remain have what is referred to as DAPL Cough, it’s a soul shaking seal bark that rings through the camp and the casino. It’s an ungodly bug and yet the protectors function in spite of it. Some have had it treated but no antibiotics seem to be able to combat it, and now amount of sleep or food will make it go away; it leaves you wondering what its source really is.

On my last night, I attend a meeting at one of the other camps, in close quarters with 100 people who are trying to find a place to make that last stand. Some have given up their lives to be here, and now are left facing the fact that if it ends, they have nowhere else to go. We sit quietly while the camp discusses its business, warm and safe in the cocoon of its existence. Afterwards we are taken to the Tipi where the sacred fire burns; there is something profound here. I am moved by what is unseen, I can feel the ancestors and I finally see what is holding these people here. I have no words to describe it to you. 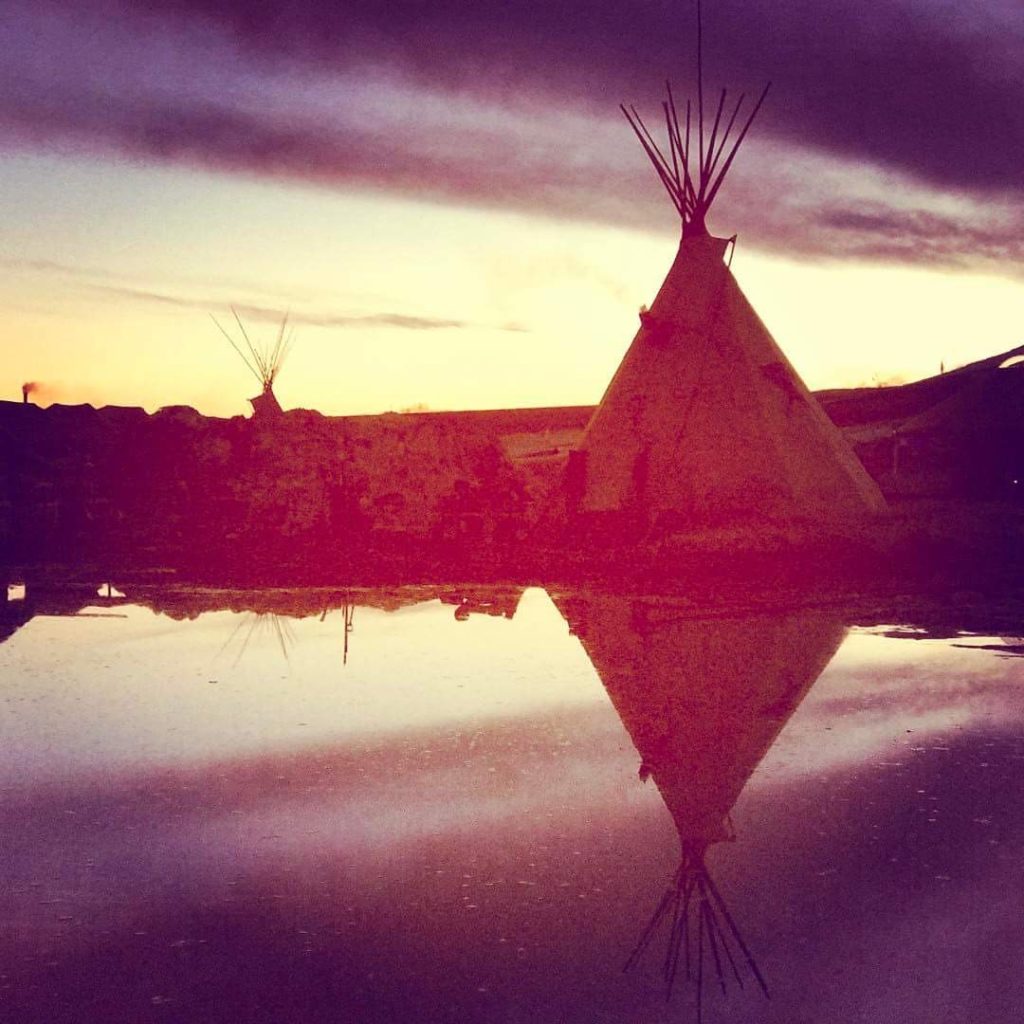 The Akicita has moved his band of youth here, for safety. They are somewhat displaced in the new camp but they will be safe, that’s all he cares about. There will be no frontline actions while I am here, the camp is still licking its wounds from the destruction of the Last Child Camp and the open brutality of the still raw wound of having had 70 people from their already dwindling number arrested and their tipis burned in scorn. The wounds are raw, bloody and stinging; the protectors have a haunted look behind their eyes. They are wounded in their souls. It’s a wound that won’t heal any time soon. 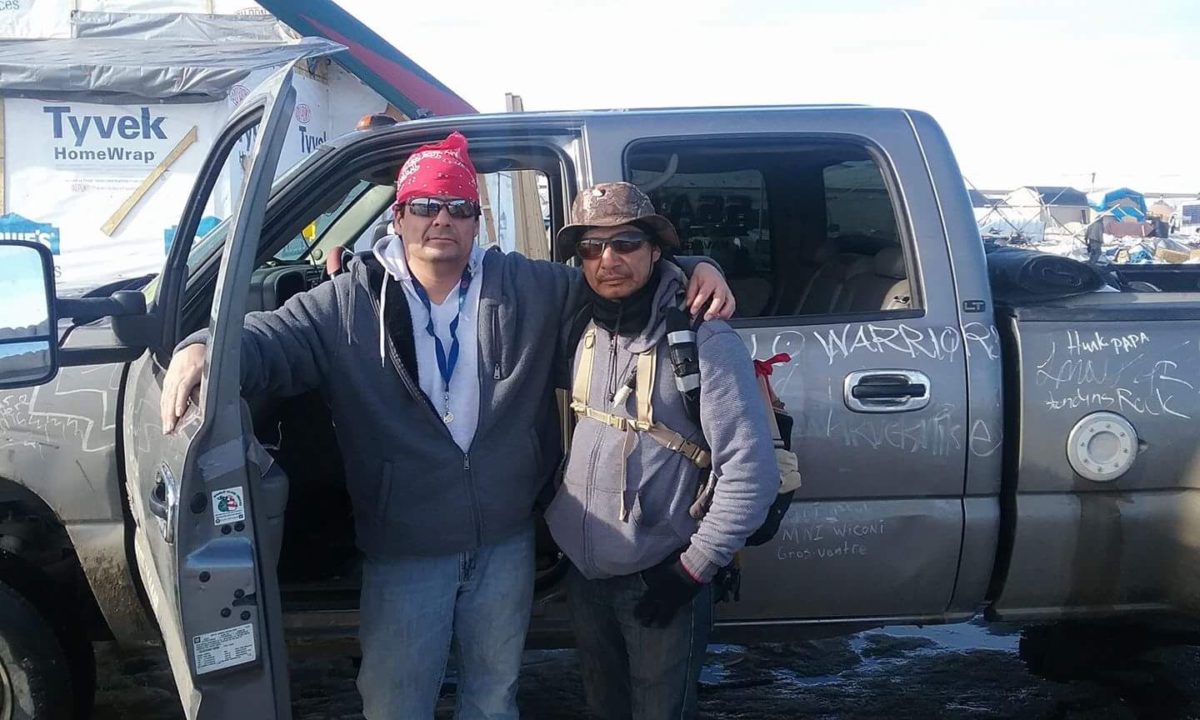 He stands quiet, with far away eyes and sees all that he has sacrificed, and worked for being destroyed and says nothing. He has stayed through his commitment and faces years of prison for his desire to make this world a better place. He’s just a man, who believed that if he stood up for what was right, he would prevail. He doesn’t know that he has, that he has made a difference in the lives of the ones he protected. He has no clue as to the value of what he has done. 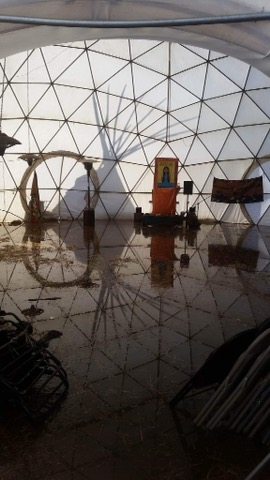 He tells me that last night he went out and did what he has done for the past 6 months without fail, walking in the snow around the camp perimeter to make sure that all who dwell there are safe, unbeknownst to them, he watches, and guards them, and protects them from things they do not need to know about.
He is the last Akicita. 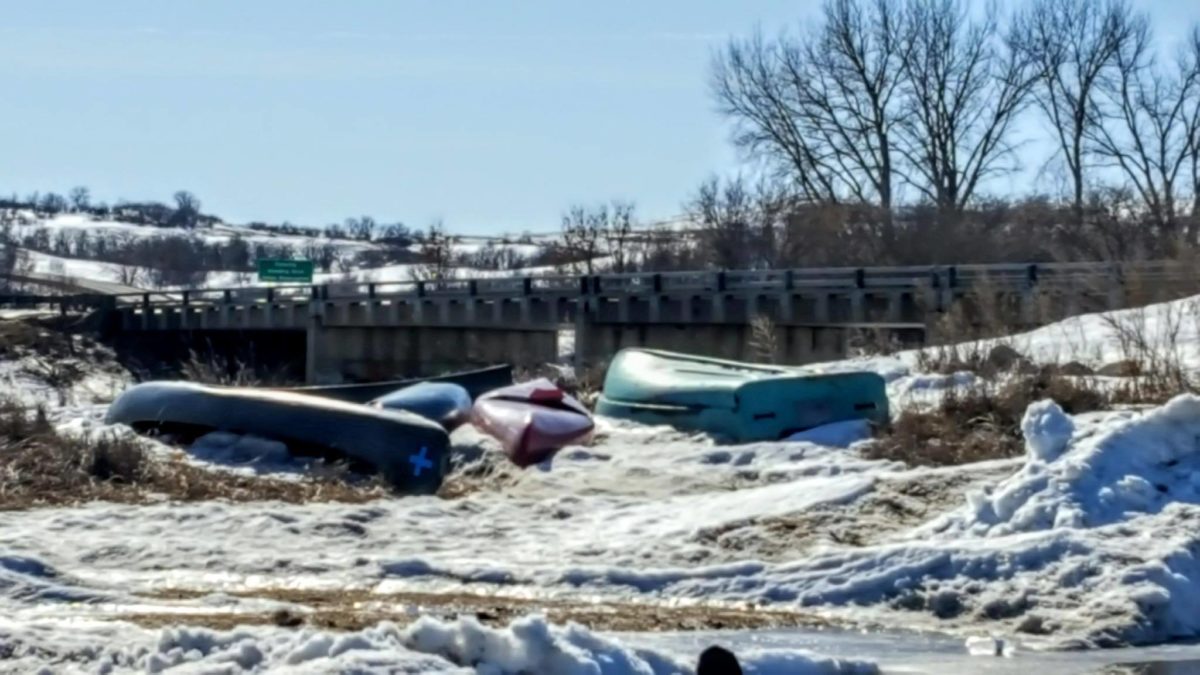 While you are reading this militarized police and national guardsmen along with Bureau of Indian Affairs officers and of all things National Park Service Rangers are dismantling this place. They are removing and arresting those left at camp. The structures remaining will be bulldozed and the hope of this people and their ways once again trampled into obscurity. The memory is now yours to carry into history.
His work here is done. I know that I will never be the same.

Like the article? Help us out! We want to keep bringing you the best paddling features and news.
Share2K
Tweet
Pin3
2K Shares