If you weren’t in Frankfort, Kentucky last weekend, you missed one of the best paddling parties of the year in the Southeastern USA. If you WERE there, then you won! On February 17th and 18th the Bluegrass Wildwater Association hosted the National Paddling Film Festival at The Buffalo Trace Distillery in Frankfort to benefit American Whitewater. I will say that my phone and Facebook messenger have been going crazy with paddlers from all over the country anxious to get there. 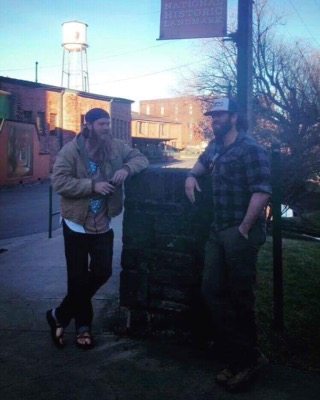 This event started in 1981 and has become more than just tradition. It has become the party that many paddlers, from joes to pros, consider “must go to”. There were a gazillion good reasons why: great movies, friends, silent auction, whitewater race, chilli cook off, and free beer just to mention a few. There were also booths set up by American Whitewater, BWA, and Jackson Kayak. Plus the money from this event is used to support the mission of AW: lobbying for river access, dam releases, and conservation. NPFF has contributed over $150,000 to the cause throughout the years.

Did I mention that the admission price included free beer tickets? The most free of all free beers! This is free beer that you don’t have to swim for or even drink from a river shoe! I mean it’s as simple as going to the bar and holding your cup out. Be courteous, say please and thanks, and if you have a dollar in your pocket it would be nice of you to tip the ladies (or DBP Admin Dave Hendrickson come late Saturday night…!) behind the bar for the service that they provide. They were busy filling cups and rolling kegs from open to close. I also hear that they served some of the best brews on the market. You will have come next year to be your own judge. If you know me you know that I’m one of the few Dirt Bag Paddlers who doesn’t drink.

This was my first year to attend the NPFF, or to visit this distillery, or any distillery for that matter. Upon arrival I was instantly impressed with the property; it was not what I would have expected from an industrial business. Buffalo Trace was built with the character of a bygone era, early 1900’s if you will. The mixture of old brick, chinked log, and cut stone gave the setting a unique culture, the perfect choice for this event.

There was plenty of room for seating, standing, equipment, and Host Katrina van Wijk and guest speaker Erin Savage to do their presentations. The best whitewater movies of the year were played both nights. Movies included The Wild President, Chasing Niagara, and Zambezi Dreamline: Blind, which happens to be my personal favorite.

Anyone who can paddle the Zambezi has my respect, but someone who can run 25 major class IV and V rapids without use of eyesight is absolutely amazing! Lonnie Bidwell is the sickest of the sick in whitewater, unfortunately most people have no idea who he is. My personal kudos to Eric Jackson for training him for this adventure. Steve Fisher’s movie was excellent.

The Wild President, by Will Stauffer-Norris, was a great biography of President Jimmy Carter. This is a must see for anyone who enjoys whitewater historicals. President Carter (Governor Carter of Georgia at the time) lays title to the first descent of Class V Bull Sluice Rapid on the Chattooga River in an open canoe in 1974, the rapid made famous in the movie Deliverance. When he became President he sought preservation for the Chattooga that we enjoy today. This film won Pro Documentary.

Rush Sturges’ classic Chasing Niagara is more of a reality show on the life and mindset of a professional whitewater kayaker. There are some amazing drops and beautiful scenery from many different professional kayakers in this film. The one comment I heard from multiple dirtbags was: “And he didn’t even run it??!” which surprised me because I thought everyone knew the ending by now. This one won Paddler’s Choice.

There were plenty of quality, brand name, donated items on display for the silent auction. DBP had some items including a big jug from our friends at Cascade River Gear (perfect for shine!), a DBP shirt from Bart Harvey at Class 5 Casting, a sweet recycled mesh gear bag from our buddy Derek at Gili Bags, and some decals, among other things. I bid on a few items myself, but unfortunately lost. That’s not a bad thing. It just means more money donated to a good cause. DBP Admins Tommy “Whats His Name” Hammitt and Michelle Terrell won an Alpacka pack raft, which I definitely intend to see used this summer. (Sunday morning- Michelle: “Ohh…. We got another pack raft!” Tommy: “Oh yeah! That’s right….”)

The best part of this party, or any party for that matter, is the social setting. The cabin at Buffalo Trace had several outdoor gathering places to talk with friends in a comfortable atmosphere. There is a large wrap around porch just outside the viewing and bar rooms. This porch was covered with guests talking about the good times of the year that just passed, and plans for the year yet to come. It was also a nice place to take a nap (Chicago Mike!)

I had plenty of my regular Dirt Bags around including my Editor Mike Toughill, Dale #danewho Guarniere, Tommy & Michelle, Dave Hendrickson and his Indiana buddies, Alex Wilson, Jared Shirley, Deb Johnson and Elizabeth Taft to keep me company. At DBP it’s a “We” Thing! One Love One River isn’t just a hashtag to us. We are truly DBP for life. 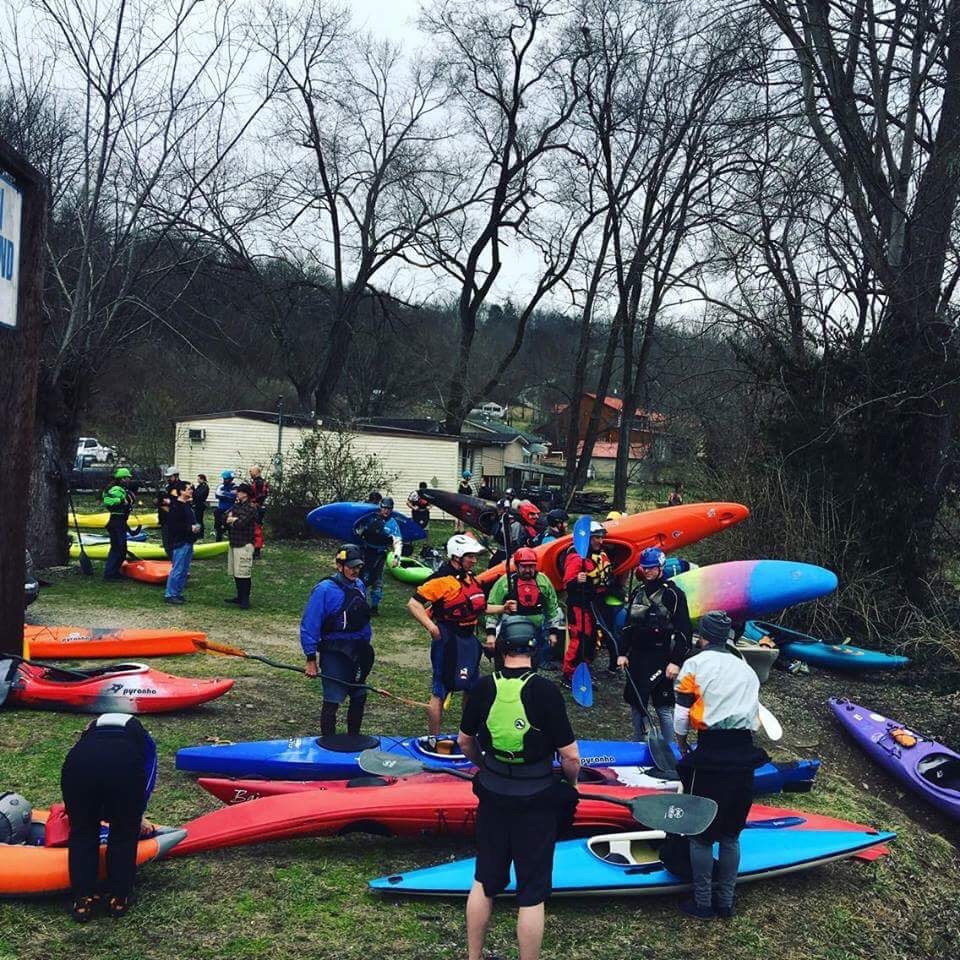 The two nights of the Film Festival are conveniently divided by The Not NPFF Race, held at high noon Saturday on Elkhorn Creek. This race is also called the Jess Cup in honor of local paddler Jess Albright, lost too soon but never forgotten. The Elkhorn is the closest whitewater to the distillery, located in Frankfort. I declined to race this year even though I was tempted by #danewho several times. Most of the paddlers on the river had a number stuck to the side of the helmet though, including Katrina Van Wijk and Nick Troutman (more on him in a mime the…) DBP was represented by #danewho himself, competing in the playboat division, in which he took first place. (After getting bowled over in the flats by another kayaker, Dale rolled back up beside Katrina, who asked “Are you ok?” It didn’t seem like she thought he was! #Wallace!!) Jared Shirley, Deb Johnson, and Alex Wilson represented Team Rage Cage and DBP in the rafting class, and proudly dropped the dam. (Chicago “made” me pass it up because he didn’t want to miss the start of the race, happening just downstream from the dam, fishing me out of the drink… #Wallace!) 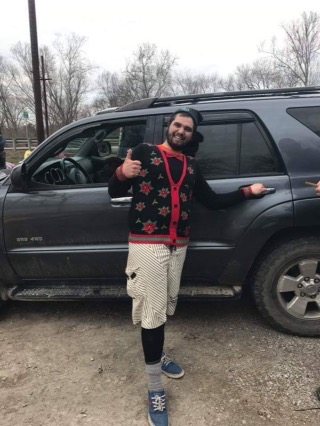 The remaining DBP Crew took a less aggressive paddle, but we all made it to the takeout to witness the awards ceremony held between the two local paddling clubs, our hosts BWA and their longtime rivals The Vikings. BWA President Bob Larkin is a gracious host and great friend to DBP; on the flip side Chicago and #danewho became honorary members of The Vikings after some shenanigans… 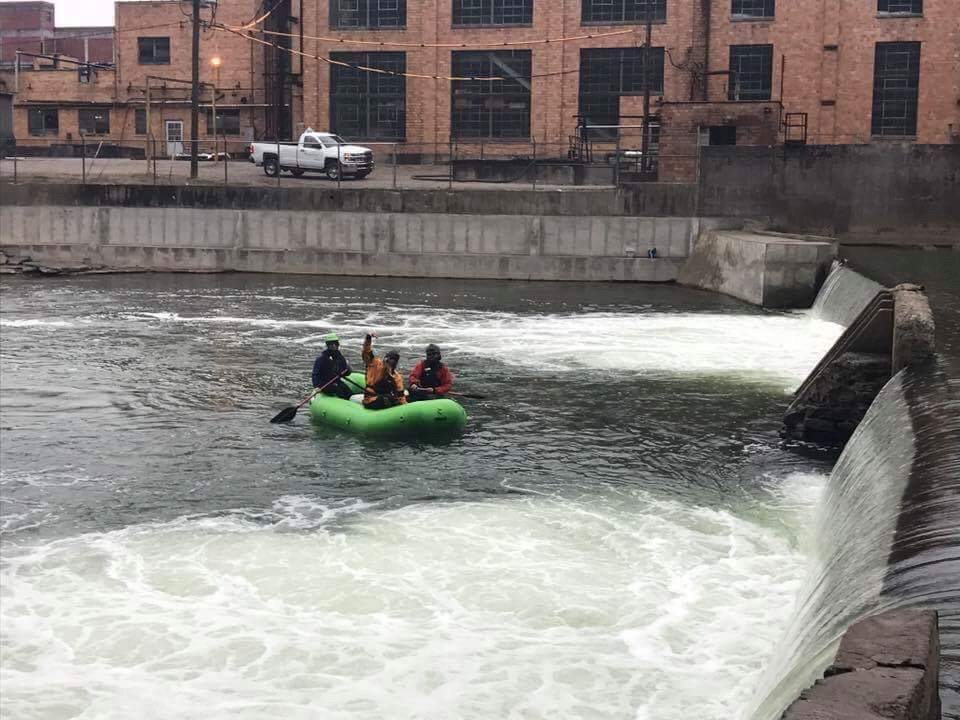 After the race everyone loaded up and headed back to Frankfort for more movies and socializing. For some reason I kept running into Nick Troutman. I see a lot of the big name paddlers at the events that I go to, but normally don’t bother with speaking to these guys because they are usually swamped with people around them trying to get a piece of their attention.

Nick was a different situation for me. If you read my interview of Hunter Torbush from last week you will know that Nick is one of Hunter’s inspirations. I could not pass up the chance to get a pic for for the magazine and my little bro.

I waited patiently on the outside circle of people surrounded Nick for my opportunity to rudely interrupt. I finally seized my moment, stepped forward, and asked Nick for a picture. He immediately put his arm around my shoulder, held up a peace sign and smiled as I took a picture of us. (You can insert me smiling and giggling like a little school kid here.)

I immediately sent this picture to Hunter, who of course was stoked. I have to admit that I am awkward at meeting people for the first time. In this instance, I overcame my Wallace for a totally cool young Dirt Bag, and I walked away with a whole new respect for Nick Troutman. After the first introduction Nick never walked past without taking a moment to speak. Yes, he can do the sickest playboat tricks and drop huge falls, but despite his fame he is a man that loves life, family, and friends foremost. Well… I’m probably sharing too much about being starstruck here. Moving on along now.

The bottom line is that the NPFF is a completely different style of event. Even though it’s held at Buffalo Trace Distillery, it’s a laid back and controlled environment with something for everyone, even the kids. (Heck, they don’t even serve bourbon here!) If you missed this year’s event, it will happen again next year. Plan on making the National Paddling Film Festival next year, you won’t regret it. By the way, did I mention the free beer?

For more info on the movies, guest presenters, amazing sponsors, and BWA-