CONFESSIONS OF A SLOW LEARNER. by Lauralyn Chrisley

On a sunny February day, I sat in an eddy watching my friend John practice ferries at the bottom of Lilly rapid on Clear Creek, sparkling gem of the Cumberland Plateau. The current caught his edge, and over he went, performing three or four classic head-lifting, over-muscling, setup-rushing, paddle-diving, open-mouthed-gasping carps before finally lumbering his sunrise Karma back upright. Red-faced and shivering, he yelled, “I QUIT! NO MORE. I’m DONE with this!” He was laughing, but something about it reminded me of a quote from one of my favorite Stephen King novels: “Humor is almost always anger with its makeup on.”

I got it. John has gone on to paddle much bigger water, and his roll is fast and fierce. But in that moment – after the countless times lugging his boat to the pool at the crack of dawn or to the lake after already putting in a full day, after plunging into any frigid spot on the river that might present a new challenge, obsessing on form and technique and mental stamina, thirty times, fifty times, one hundred times, hell-bent on bombproof or bust – sheer frustration was doing the talking.

I should know. It took me a couple of years to develop a reliable roll, and that’s when I discovered that I’m a slow learner. Oh, wait – actually, I’m not. Actually, I’m mostly a pretty quick study. Writing? Equations? Languages? Athletics? Technology? Check; sure; okay; got it; heck, yeah. Just not rolling. Or much else about kayaking, for that matter. (Sadly, the river has never once asked to see my resume.) What sucked about this was…pretty much everything. What was great about it was that it offered me an opportunity to start creating my own learning process. 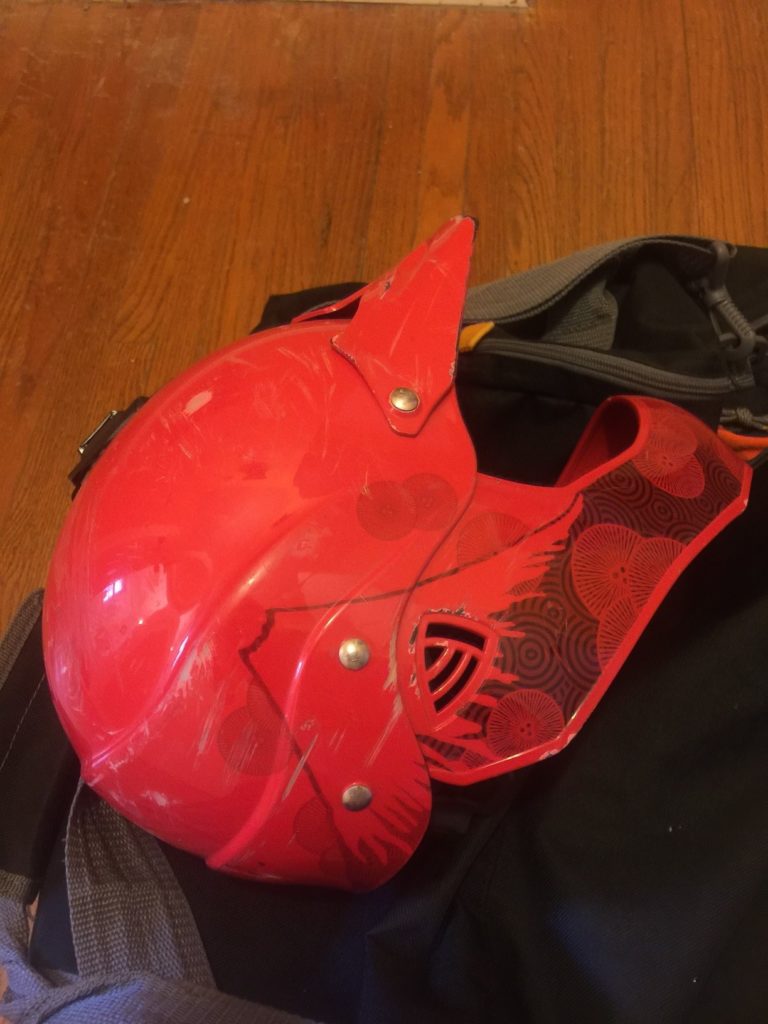 Everybody builds a method, each as individual as the paddler. Here’s what mine looks like (not always in strict linear fashion):

1. Learn. For rolling, this involved watching crap-tons of videos, four (4) separate six-week roll schools, the stalking and hiring of a private instructor from one of same, and soliciting way too much advice from everyone on the planet with an opinion to offer. (Soon, I couldn’t post any video containing a roll without causing a mass influx of well-intentioned critiques. I started to feel like Susan Boyle after her notorious admission to the entire viewing audience of “Britain’s Got Talent” that she had never been kissed: “It’s not an advert!”) I could recite the elements of your textbook C-to-C and sweep rolls without thinking. Eventually, I could even do one or the other in the pool, sometimes.

2. Fake it. I knew what I was supposed to do when I went over in the river. Every time I flipped, I tucked and stuck my paddle up out of the water in setup position. I never seemed to actually make it to the hip-snap part, but boy, could I get that baby above the surface! At the beginning of this phase, I had zero percent faith in the possibility that I would ever actually roll the boat up, and I was one hundred percent going through the motions. I’d hang out underwater for a little while, swirl around in the current, maybe bounce off a rock or ten, and then pull my skirt. It seemed like a ridiculous exercise. It went on for a good while. I quietly started to panic.

Then something bizarre happened: I felt that roll sneaking up on me. It didn’t actually come out and ask for my number, but I sensed it eyeing me from across the room, and I could tell we were going to get to know each other a lot better. Slowly, my muscles started to remember what they did in the pool and to echo those moves in the chaos of the river. I stopped thinking about wrist cocks and head dinks and and watching my blade and whatever it was my knees were supposed to be doing. The rules (and most of the advice) went out the window, replaced by the heady feeling of exploring what this body and this boat had to do together so I could breathe again.

3. *Click.* That’s pretty much it. Maybe I even heard it, when it happened. The planets aligned; the dominoes fell; the baseball popped its casing and unraveled in a long string of yarn as it rocketed clear over the outfield, and hallelujah, praise the Lord, it’s a miracle! Whatever it was, it was glorious, and I couldn’t believe it had ever been so hard. (That’s what she said.)

Another thing I figured out during all of this is that people practice in different ways, and somebody else’s routine isn’t necessarily better or worse than mine. When I watch some people work on their rolls, I imagine their inner dialogue sounding something like this: “That last one was weak, clearly as a result of my 97-degree angle, which caused me to sacrifice torque, overcompensate with my paddle, and lift my head. Moreover, my hip snap should occur earlier so as to coincide with that instant in my torso rotation at which leverage is maximized.” They’re like those kids I used to envy when I did paint-by-numbers, those little jerks that applied color 24 only within the lines of the color-24-marked spaces, and their work was brilliant. Mine never looked right to me like that, so I’d inevitably end up taking the brush and mixing the colors together a little here and there across the printed lines, ending up with a less sophisticated but much more satisfying (to me) product. Same story with my roll. My inner dialogue when practicing is more, “Here goes. Blurble blurble blurble MAGIC!”

Back to the process…I’ve been through some version of this series of events with various other skills, like learning to surf a wave. I’m past part 2a (paddle up to the wave, get blown off, yell, flip and roll); no discernible clicking yet. Still, that surf and I are definitely flirting, and I won’t be friend-zoned forever.

Boofing, however, is the new rolling for me. I can’t do it at all, and I want to so badly! It makes no sense to me that something that looks so effortless can be so **#$* difficult. I’m not panicking this time, though. This ain’t my first rodeo with the spectre of suckiness, and if the pattern holds, all my failure so far means diddly-squat in the big picture. So for no. 1 above, I diligently watch all the videos and ask all the questions and read Kirk Eddlemon boofing articles (that, at this point, may as well be in Swahili but I hope to understand someday). For no. 2, which has been going on ad nauseum, I keep aiming at rocks and falling off drops, and something about speed and push your feet forward or crunch or whatever (don’t lean back!), aaaaand my stroke was on the wrong side again, spot my – oops, I landed on it already. There is no vestige of a click, anywhere.

“Boofing” on the Big South Fork

Meanwhile, my kayaking instructor, with the God-given ability of a good teacher to adapt a critical lesson to the needs of a particular student, has reframed his explanation of boofing technique, just for me. “No, watch. Taint? Butthole. Taint…butthole. Now you. Taint! BUTTHOLE!”

It seems like a ridiculous exercise. But I’ve learned that, for this kayaker, critical analysis of the components is not as important as trusting that if I take consistent action, the result will work itself out. Feeling (and looking) ridiculous is just a familiar part of the progression now, comforting and welcome as my perfect ten-year-old jeans. I’m not too proud to embark on training the body parts in question, as instructed. I know the outcome is well worth the struggle.

Because in my world, these are the things that dreams are made of:

Paddle toward the horizon line. 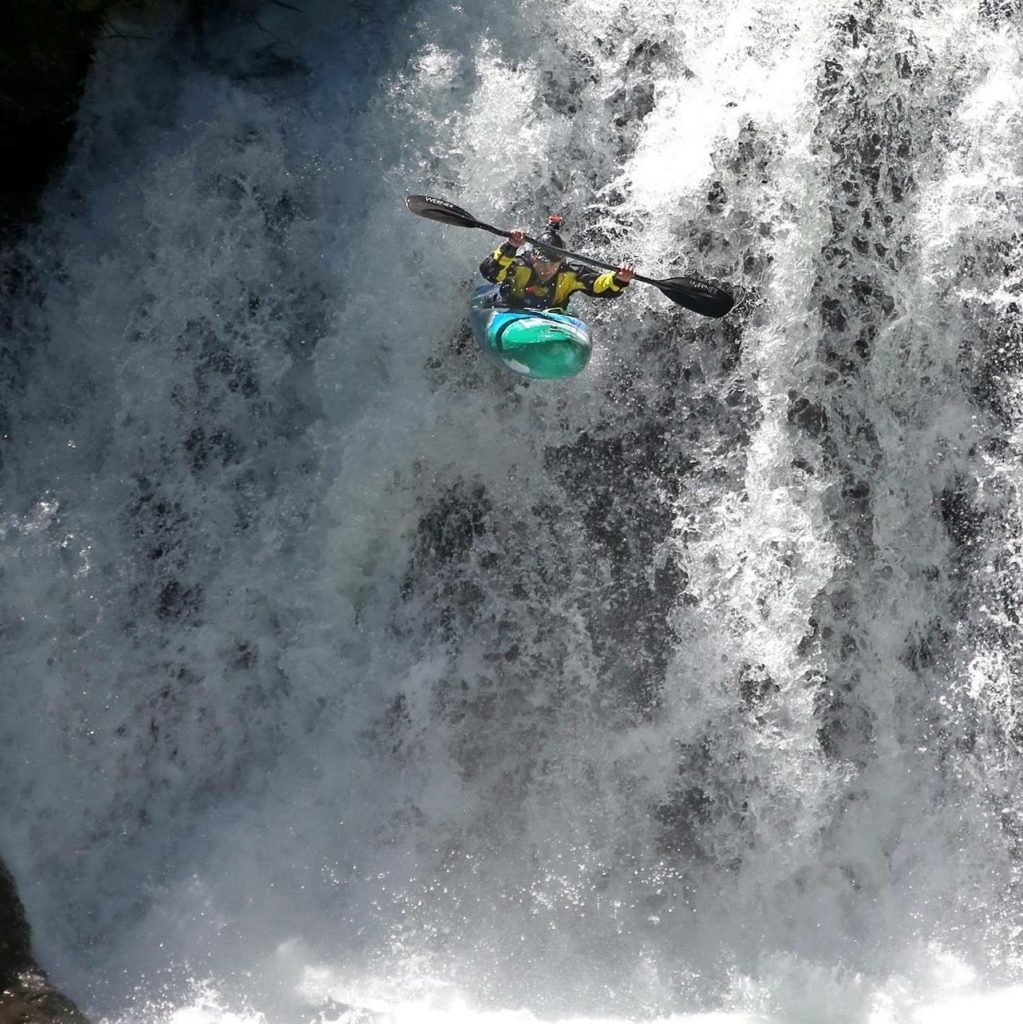 8 replies on “Confessions of a Slow Learner. by Lauralyn Chrisley”

A very good article. I failed my combat roll (after a few successful ones) at the OKC whitewater park. In my defense, that is some weird-ass water. At any rate, it reminds me that I need to get in the water again and not rely on my reliable roll.

Spot on article, keep them coming!!

Good read, my experience was a little different but I remember when something clicked and all of a sudden I could feel the roll was hanging around. I also remember “boofing” into a hole about a thousand times, (I love the “boofing” video:). Please though don’t boof that falls on Oh Be Joyful! It’s too high and at 35′ it’s a good one to crush discs etc. if you land flat. As my friend from Kentucky explained before we plunged from the eddy directly above it “you don’t wanna boof et cause you”l break your back, but you definitely don’t want to plug it cause you’ll break your ankles. You wanna half-boof it.”