I’m coming into my third winter of whitewater, and I find myself taking a look back in my mind at the seasons of paddling, river trips, and faces of whitewater. Matt Jackson made a statement on one of my Facebook posts: “To some people paddling is a lifestyle. To others it’s just a big part of their life.” In my meanderings, I question myself: What does whitewater mean to me? 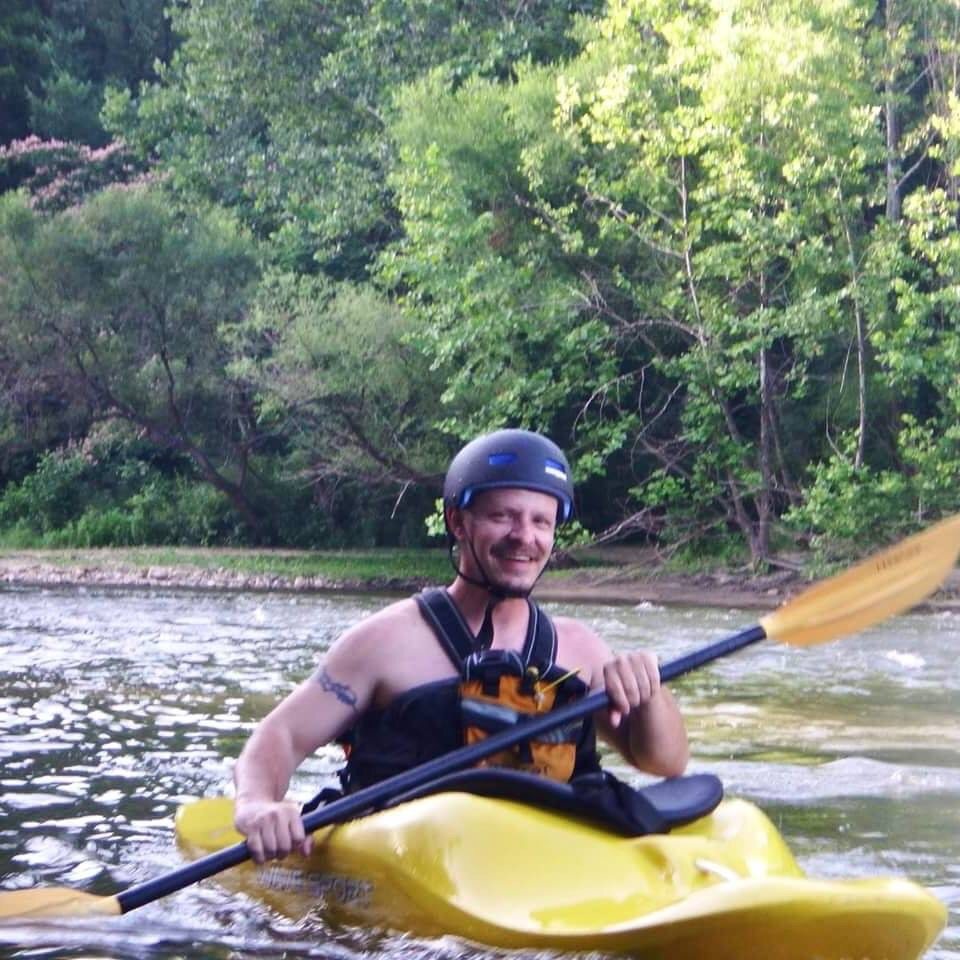 Potter circa 2015
I was a lost lonely soul with no destination in sight, wandering aimlessly into eternity. A lifetime of bad decisions had put me on a self inflicted path to nowhere. I found that paddling gave me no time to think of my problems or everyday life. The only thing I had to think about was surviving the next rapid.

Curt Wilhoit started me out on the Lower Nolichucky paddling Class II. It quickly became my drug of choice. I was addicted to this mind numbing stuff like it was a hit of crack. Every weekend sun or rain, I was headed to the river. Like any other paddler out there, my list of paddling friends started expanding. What started out as a handful of regulars grew into invites to other rivers. My friends list is still expanding today.

Today I paddle with a variety of different people from all over the States. I have met people from other countries that have come to paddle Southeastern rivers and attend our whitewater festivals. I paddle with the locals in our community. I’ve made lifelong friends through the many paddling clubs in our region like Georgia Canoeing Association, Foothills Paddling Club, and Appalachian Paddling Enthusiasts. I’ve made contacts here and abroad through DBP. I’ll make even more as I move forward. 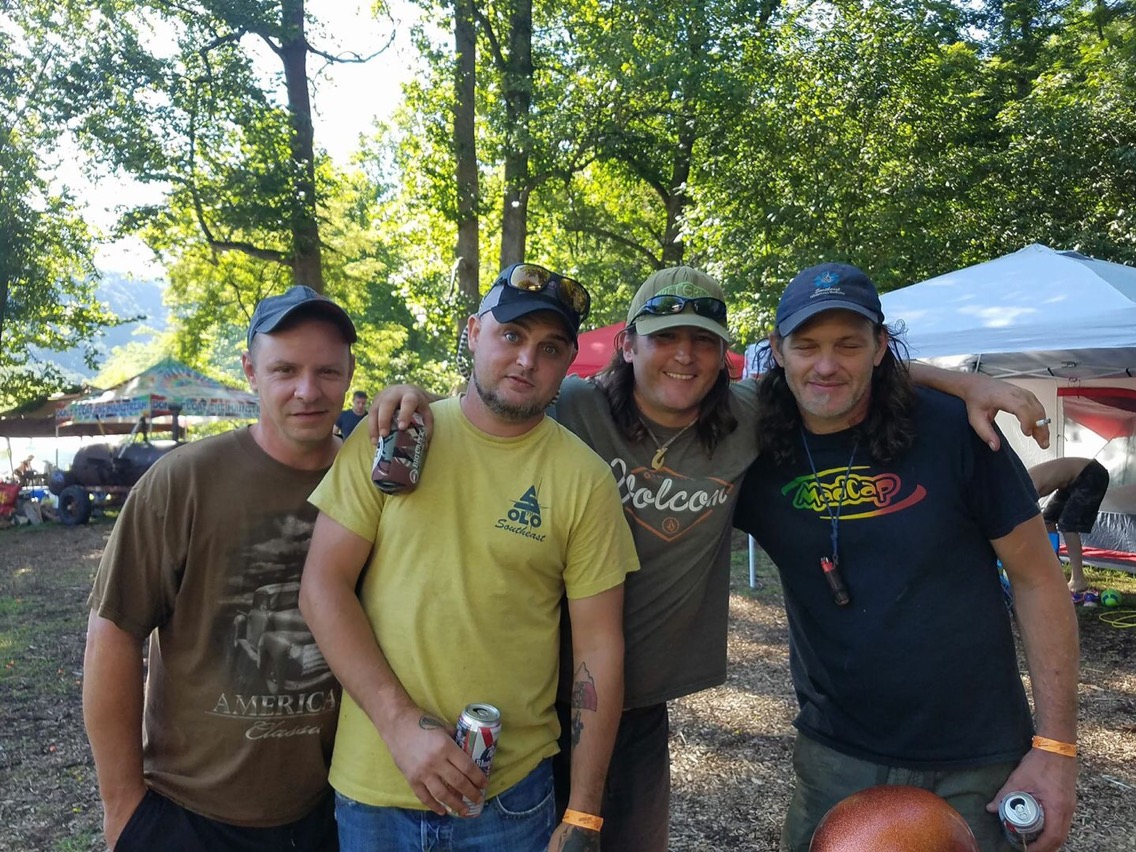 There are people who are special to me for one reason or another. Some I’ve spent copious amounts of time with. Others I’ve only met once. Nonetheless, they still hold a place in my memory bank that’s important to me.

I’m not a true solid boater, more like a work in progress. I can hit a Class IV here and there but I’m a solid Class ll, sketchy Class lll boater. So it took me off guard when I was working a Tallulah release last November and Aaron Erdrich asked me if I had ever ran it. I was like, “Really? Are you kidding bro? I can’t paddle that.” 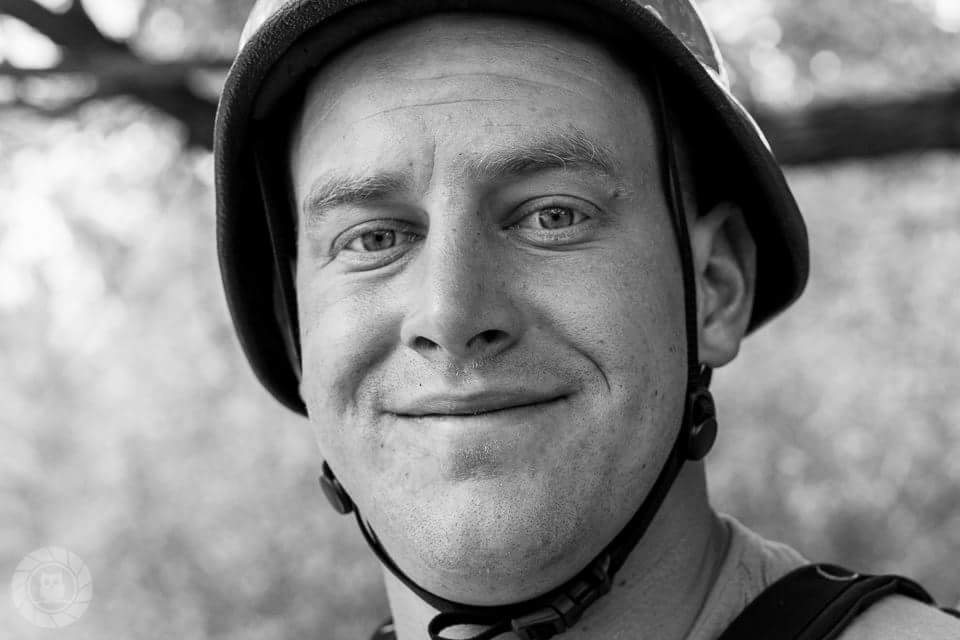 Aaron looked at me in the way Aaron does with that grin and said, “You and me next weekend. What day you want? Saturday or Sunday?” The next Sunday Aaron took me down Tallulah without a single swim. That was a true gift from the heart that I will always remember. 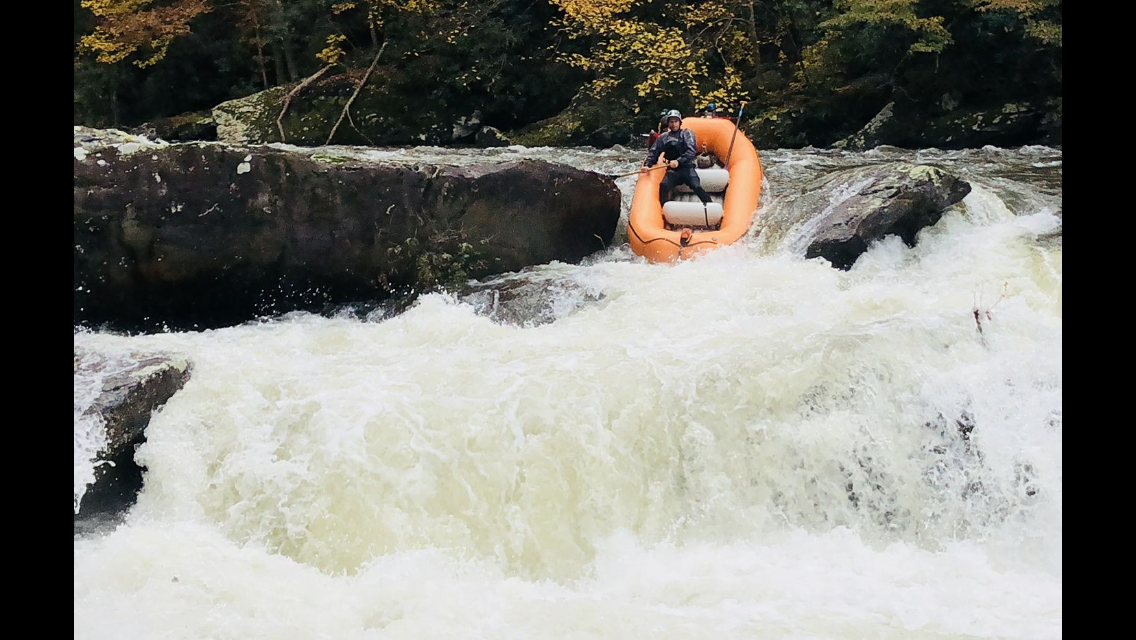 Trips like the Upper Yough with a whole crew of DBP have been a special treat to me. I was in a raft with Gabriel Crawford on that run. Gabriel nailed every line on the run with expert skill. He dropped Mike Joseph and myself in the National Falls drink just for laughs. The next day I fell out of the raft at the top of Charlie’s Choice. Gabriel was all serious business and showed his skill while he saved me from what could have been a real bad day. 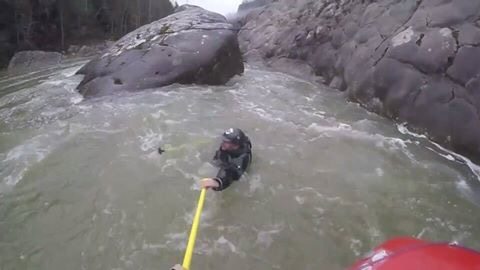 Memories of Big South Fork with Wes Breitenbach, Alex Wilson, Deb Johnson, Jared Shirley, and Elizabeth Taft run through my mind often. It was a cold winter Wallace for everyone there. I got the special treat of swimming the right side of Double Drop. 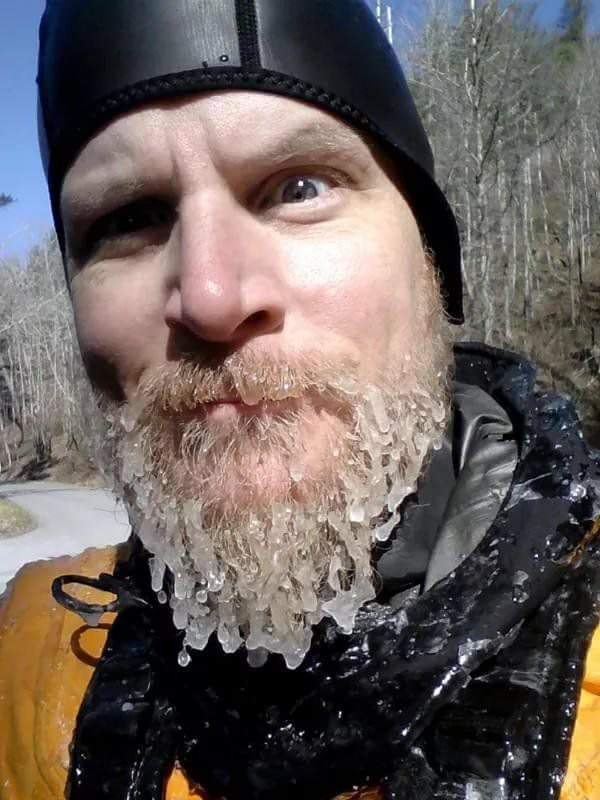 That was one of the funnest, and at the same time scariest swims I’ve had yet.

I’ve enjoyed leading Tommy (Whatshisname) Hammitt and Michelle Terrell on their Nantahala PFD when the river was full of paddlers. I’ve froze my butt off with them in the pouring snow on the Upper Pigeon, when we were the only ones on the river. 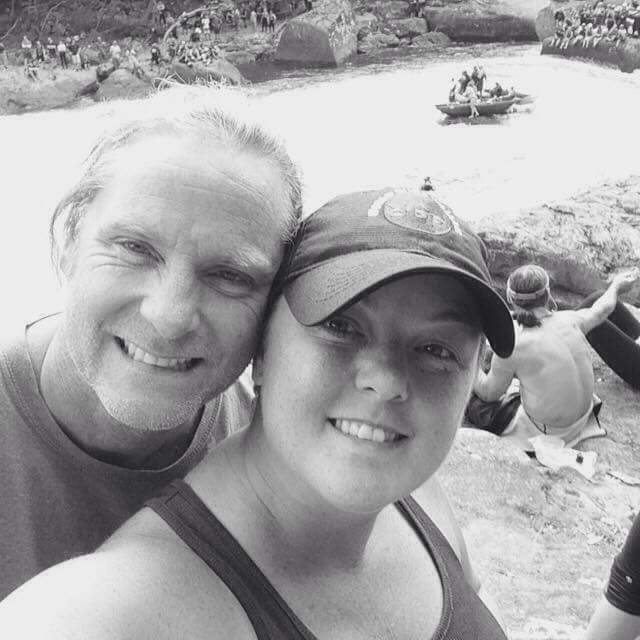 I’ve been led down the Wolf River on my own PFD by Mike Joseph while wearing all of his extra warm gear, because I was too stupid to look at a Wisconsin weather chart. That was a great day of new friends and beautiful scenery. We ran with a crew that I won’t forget: Rick Klade, Sheryl Swiontek, and Elita Hecimovich. The next day I got a PFD on the Peshtigo River with Mike Joseph, #Danewho Dale Guarniere, Rick Klade, and Ryan Hagen. 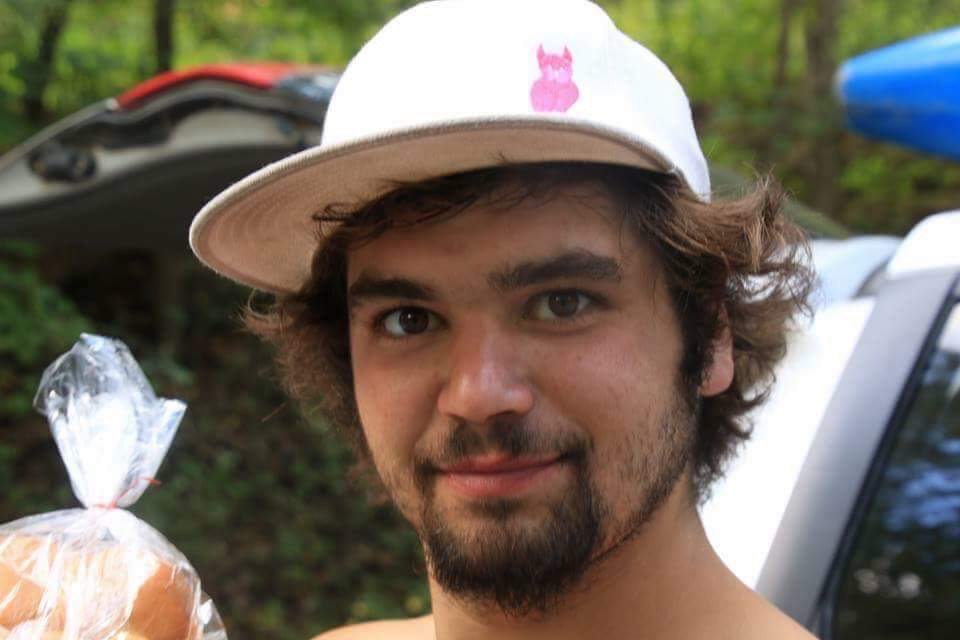 I have never paddled with some of the people that I hold dear. I would like to change that some day. I have always wanted to share a boat with Kevin (Taz) Riggs. I met Taz at Gauley Fest 2016, spending several days with him. There was truly something about Taz that attracted my attention. He was a quiet man, who didn’t ask for attention. I could see years of knowledge and experience in his face. Over the last year of Facebook and private messages he has not disappointed my curiosity in him. He rarely speaks, but when he does it’s with a solid understanding of his subject content. Taz holds a special place in my heart, more like teacher to student. 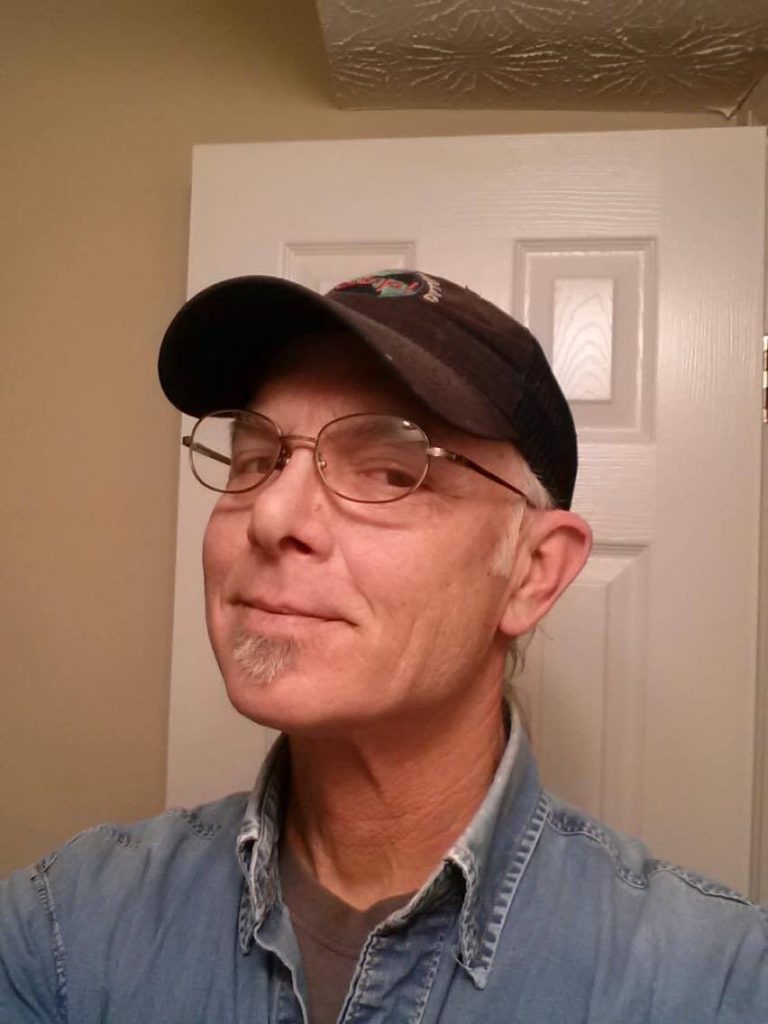 I have really enjoyed many trips with one of my local paddlers, Jerry Griffin. Jerry is a giver to the community. He has led many PFD trips for local paddlers. He was leader on my own Nolichucky Gorge PFD. I still paddle with Jerry every time I can. I truly appreciate his company. He has also saved my bacon several times. 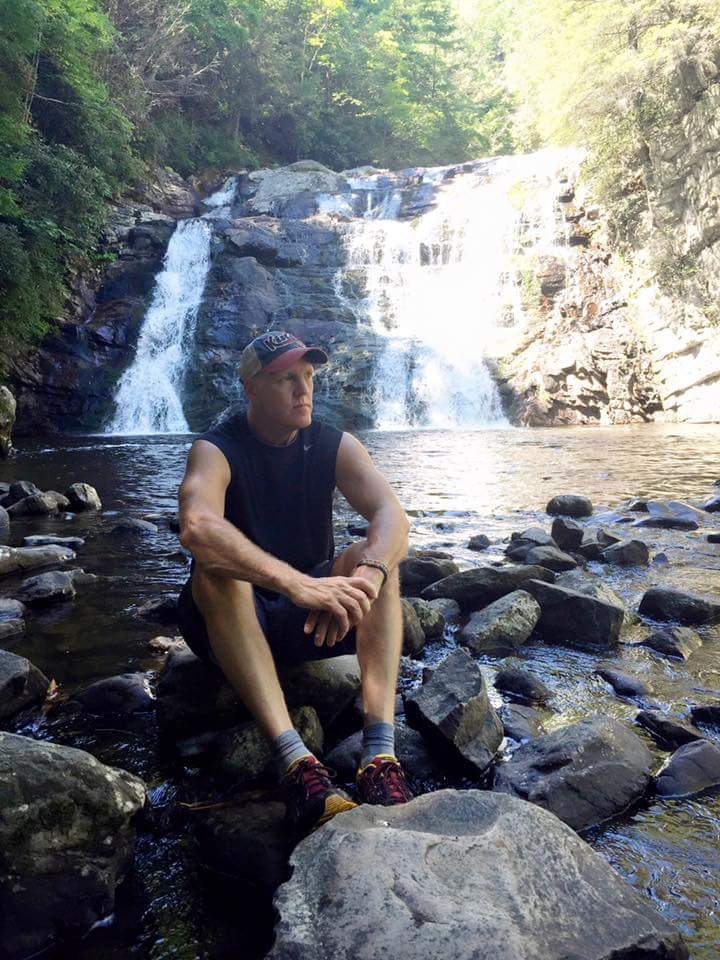 I don’t have the time nor the space to name everyone in the article that has come to my mind. I’m going to end with Jeff Vannoy. Jeff has become a lot more than just a local paddler to me. He has become my real life hero. Sure, there are better paddlers out there, but they’re not my hero. Jeff saw a beater who was struggling to paddle and took him under his wing. He is constantly pushing me to try something new. He has chased my boat down many rapids. He has laughed at me for failure. He has cheered me for success. He has taught me about levels, safety, gear, and almost everything else that I can think of. He has become an example of the man that I’d like to model my life after, on and off the river.

Is he perfect? No. We all have our faults, but he’s a hero to me, and that’s all that matters. 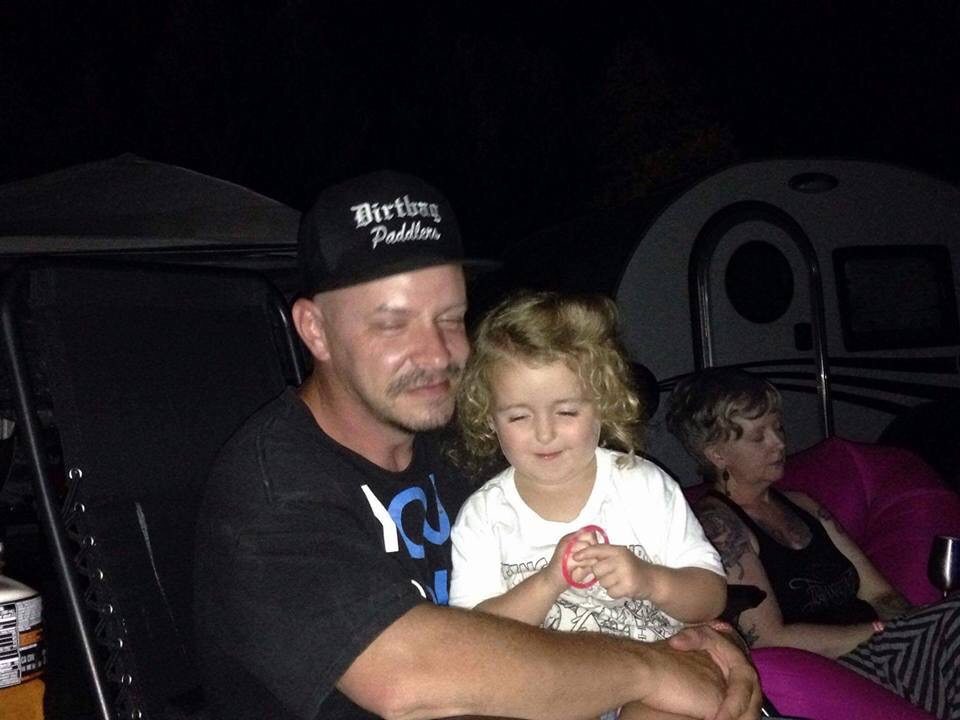 What is whitewater to me? I said all that above to say this. Whitewater is a family. It may not be blood related, but it’s family. We have our different personalities, thoughts, likes, and dislikes, but in the end it’s family.

So what is whitewater to me? You are. You’re the reason I’m here.

EDITOR’S DESK: Southeastern kayaker-occasional-rubberpusher Michael Potter is a beloved longtime regular contributor to our magazine and esteemed member of our staff. As a DBP Admin, he represents everything we hold dear in our community. An outstanding representative for all the new Paddlers coming up, Michael Potter does things the right way, and has the respect, admiration, and love of his peers.

great read bud!! I too can relate with a lot of what you wrote, it is an addicting drug this cursed sport your wrangling me in! its all your fault michael!!! lol
I hope to syotr again soon buddy 🙂

I have always said whitewater paddlers are one big inbred dysfunctional family, and that’s just the way we like it!

[…] for us. His articles includeWHY DO WE DIRTBAG? THE LIFESTYLE DECODED , WALLACING GAF WEEKEND , and RIVER PEOPLE . You might find him paddling, or swimming, a river near you, if you’re from the SE. He might […]